Guardians of the Galaxy Promo Poster remade with Marvel Legends

Yes, this is exactly what the title says. We've known about the upcoming Marvel Legends versions of the Guardians of the Galaxy for a while. These characters have already been done by Hasbro in their comic book versions, but that was in the 4 inch line. This time it's for the 6 inch Marvel Legends, and in the style of the upcoming movie. And they look awesome!

The pose we see here is meant to resemble the promo poster we saw a little while ago. And they have nailed it. A little more detail on Peter Quill's costume, but other than that I think they are amazing representations of the movie designs.

As a long time reader of Guardians - and almost anything in Marvel's "cosmic" catalog, I'm excited. Obviously for the movie, but I have to be honest, I'm also tempted by these action figures. Marvel Legends is an awesome toy line these days. 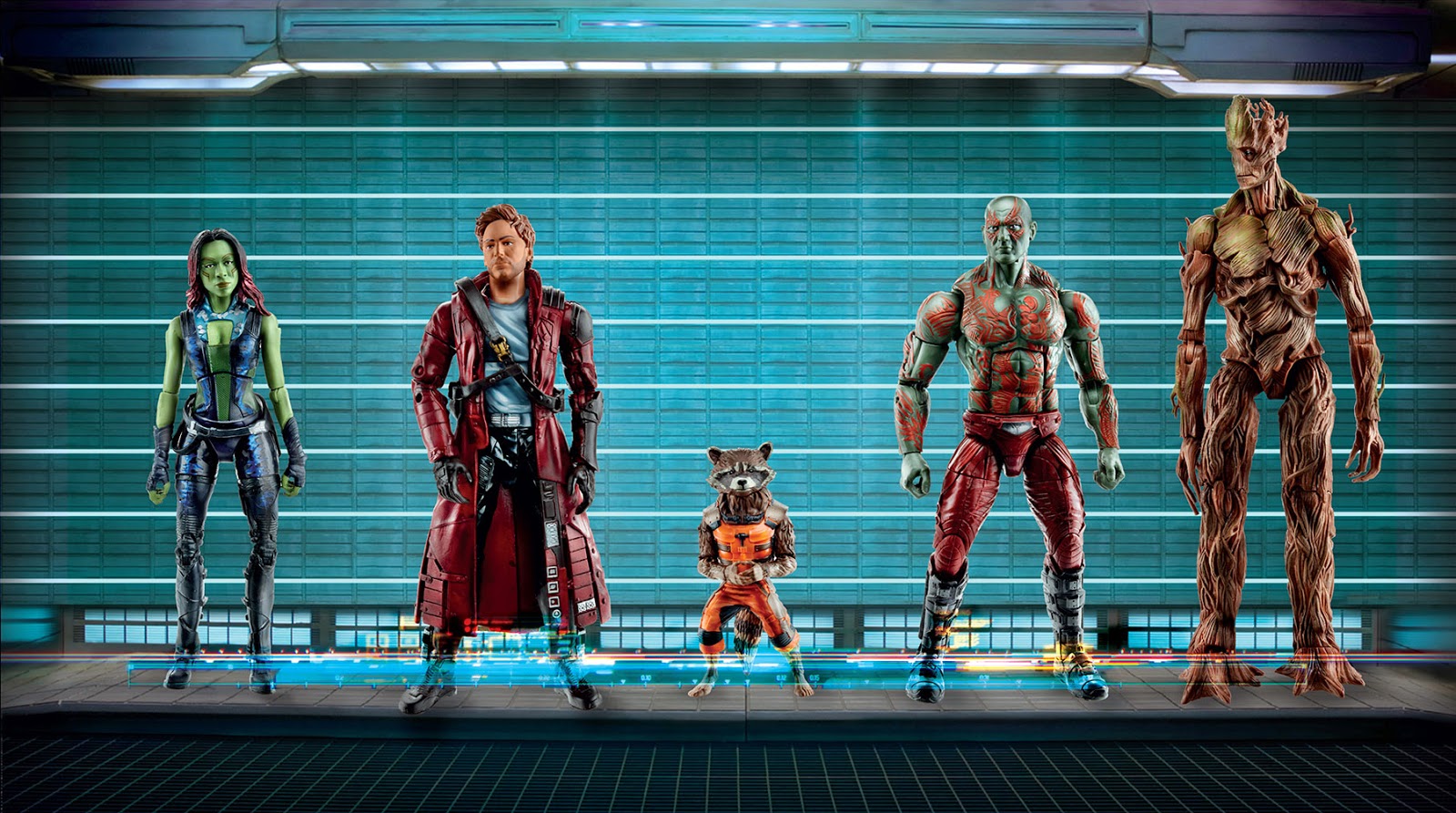 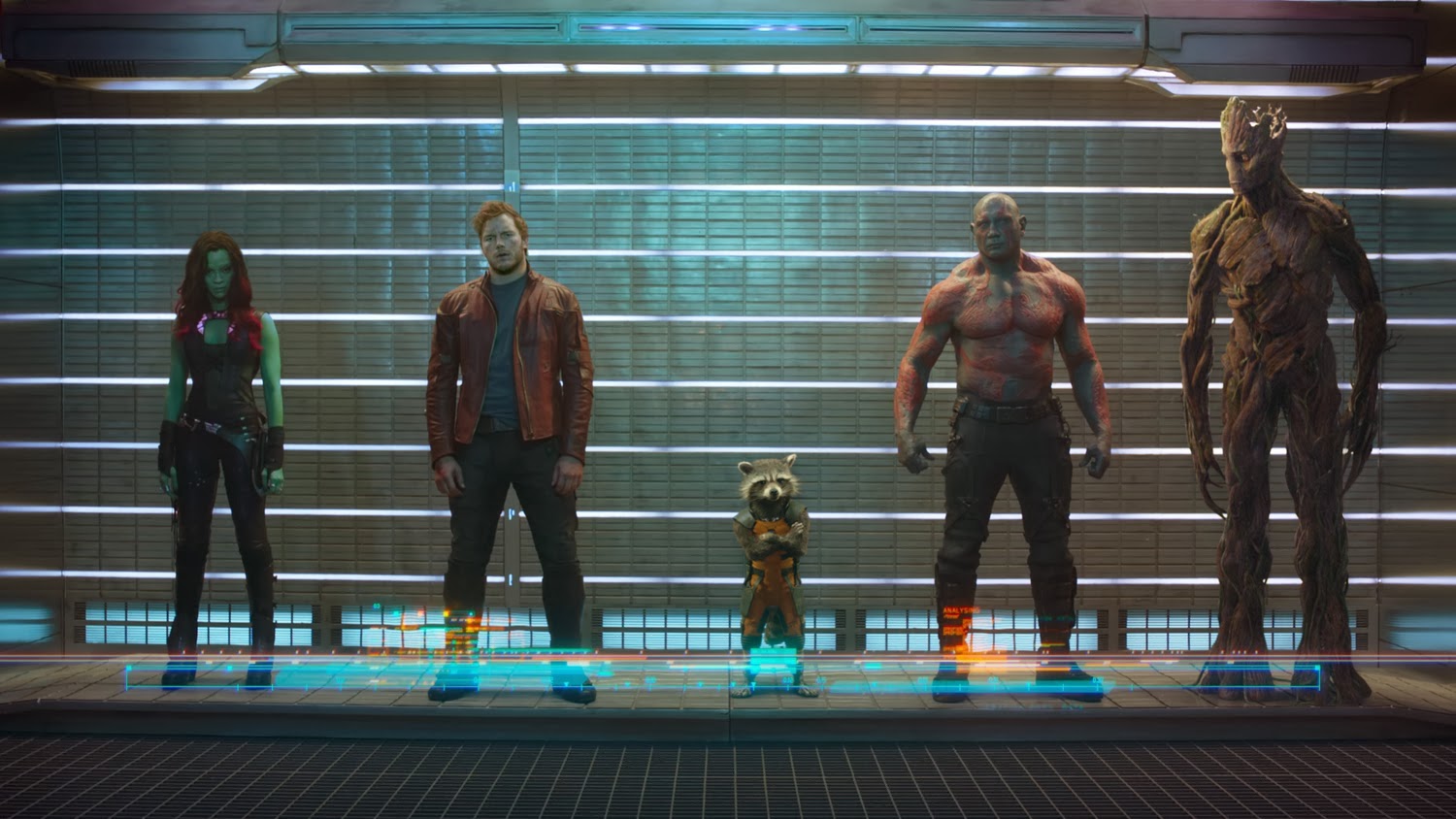 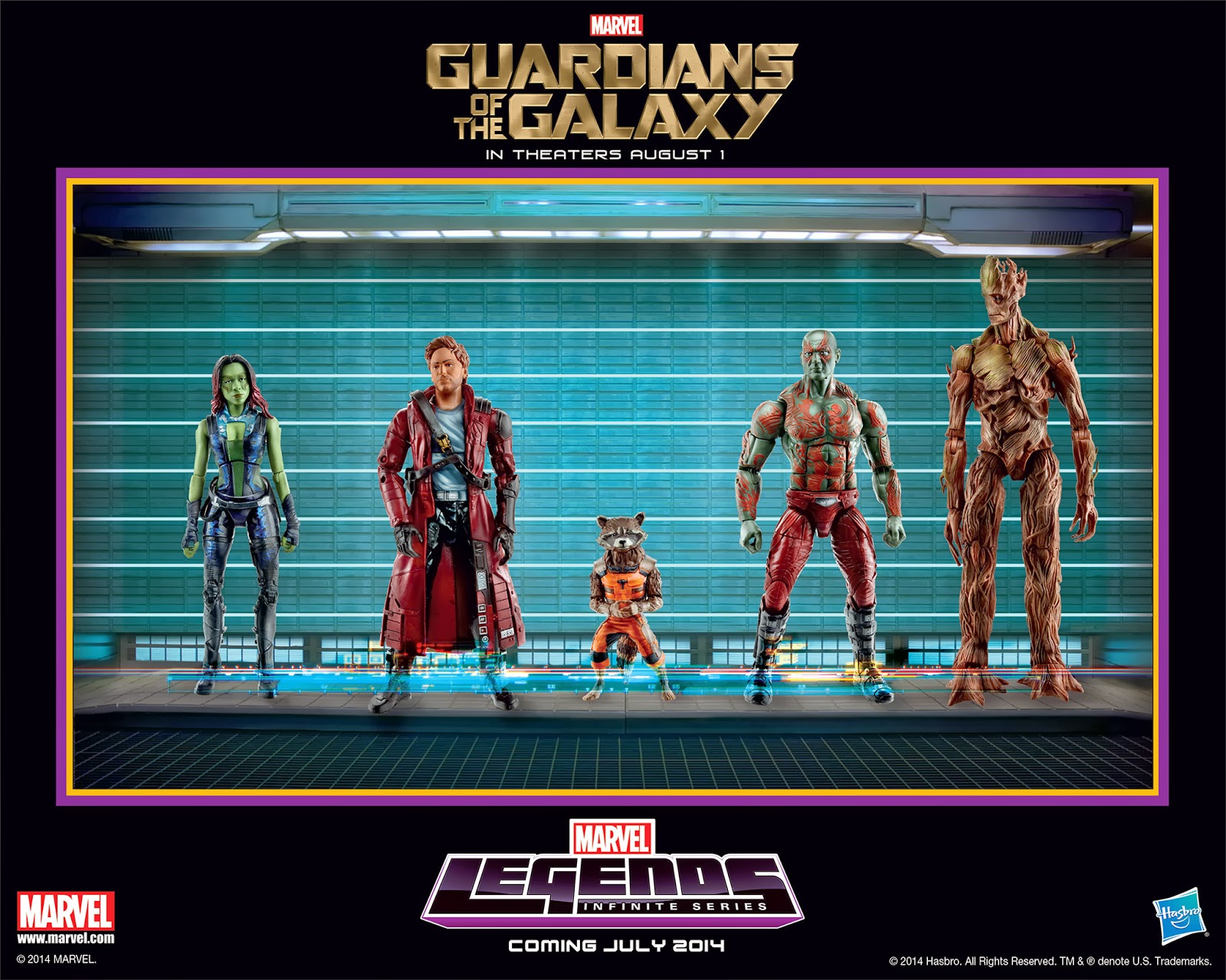 The story broke yesterday. A girl, Charlotte Benjamin (7) wrote a letter to Lego complaining about their selection for girls. It's here, and pretty much every other news channel. And it's awful! 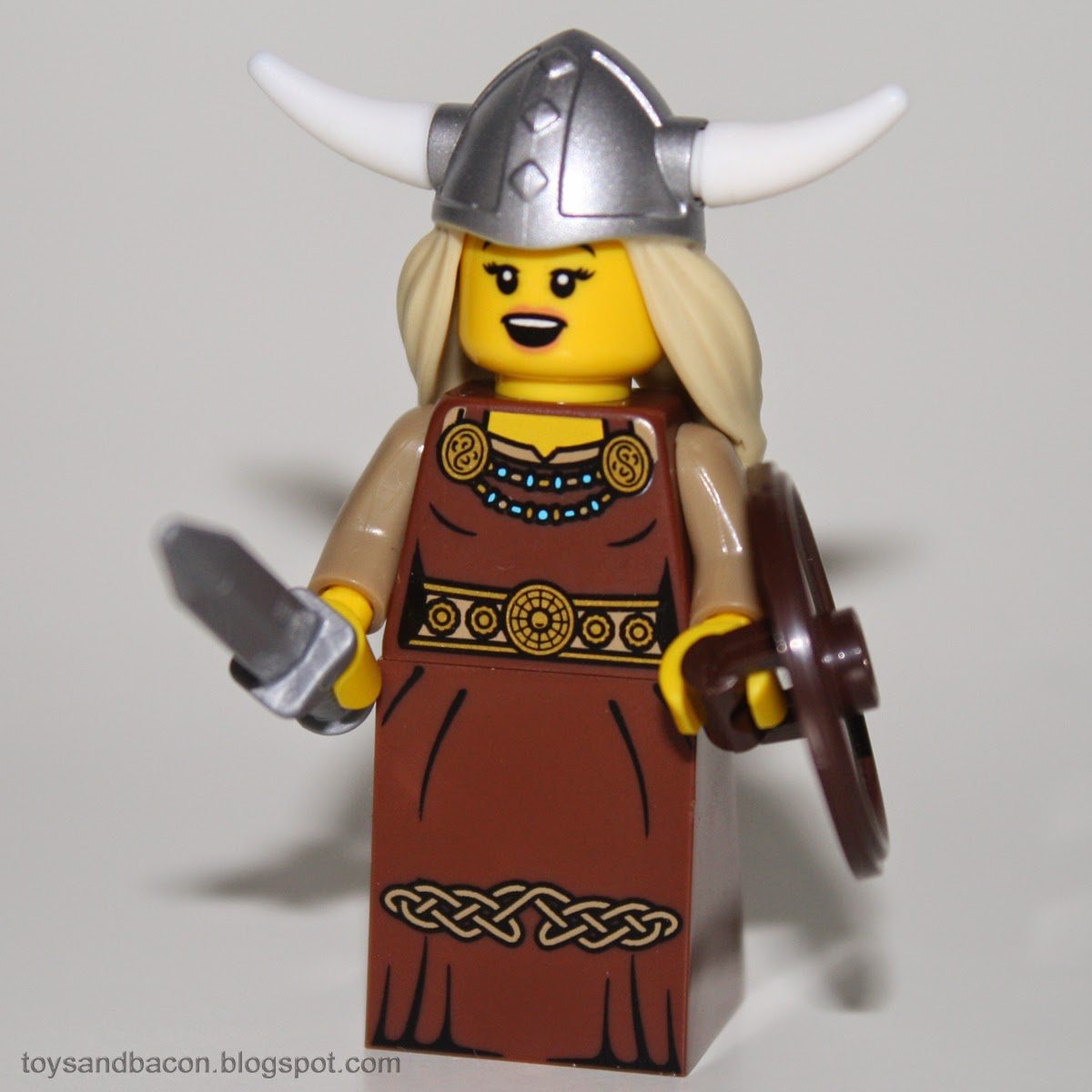 The girl is of course as clueless as any 7 year old, but it's being blown way out of proportion. I get it though. It's newsworthy, to attack a major toy company for neglecting gender equality. It's all very brave. Of course, Lego tries to tell it like it is: Hey, we only make what we know will sell.

The girl complains that the "Friends" line doesn't offer what she wants in a toy. She wants adventure and bravery, real jobs, like the boys get in their toy line!

Lego has had a moderate success with their "Friends" line - a sub line aimed towards girls. It's what you would expect, pastel colors, hair brushes and problem free living. All in bricks.

Let me show you:

I agree, these sets are hilariously awful. Mostly because Lego abandoned their greatest invention: The minifigure. But also because of the activities the girls do. And here I agree with little Charlotte. This is pathetic. Lego is basically just painting the picture perfect life of teenage girls - just hanging around in the stables, feeding their pet lions, doing absolutely nothing of substance.

Oh wait, you may complain about the lack of female figures in these sets. Well, those days are also gone! Almost every big set since the early 90s have included at least one female figure. They are being outnumbered by men, for sure. But Lego has made an effort to include at least some women in their various sub lines for literally decades and are showing far greater gender equality than their contemporary toy lines, Barbie, Turtles, G.I. Joe, etc.

I remember there were women in Ice Planet, I have the girl from the late 80s pirates set, all the various licensed sets have often had female figures. And off the top of my head, didn't the last Christmas calender include a woman fire fighter? Swimming with sharks you say? Look no further than 2010s Atlantis line. 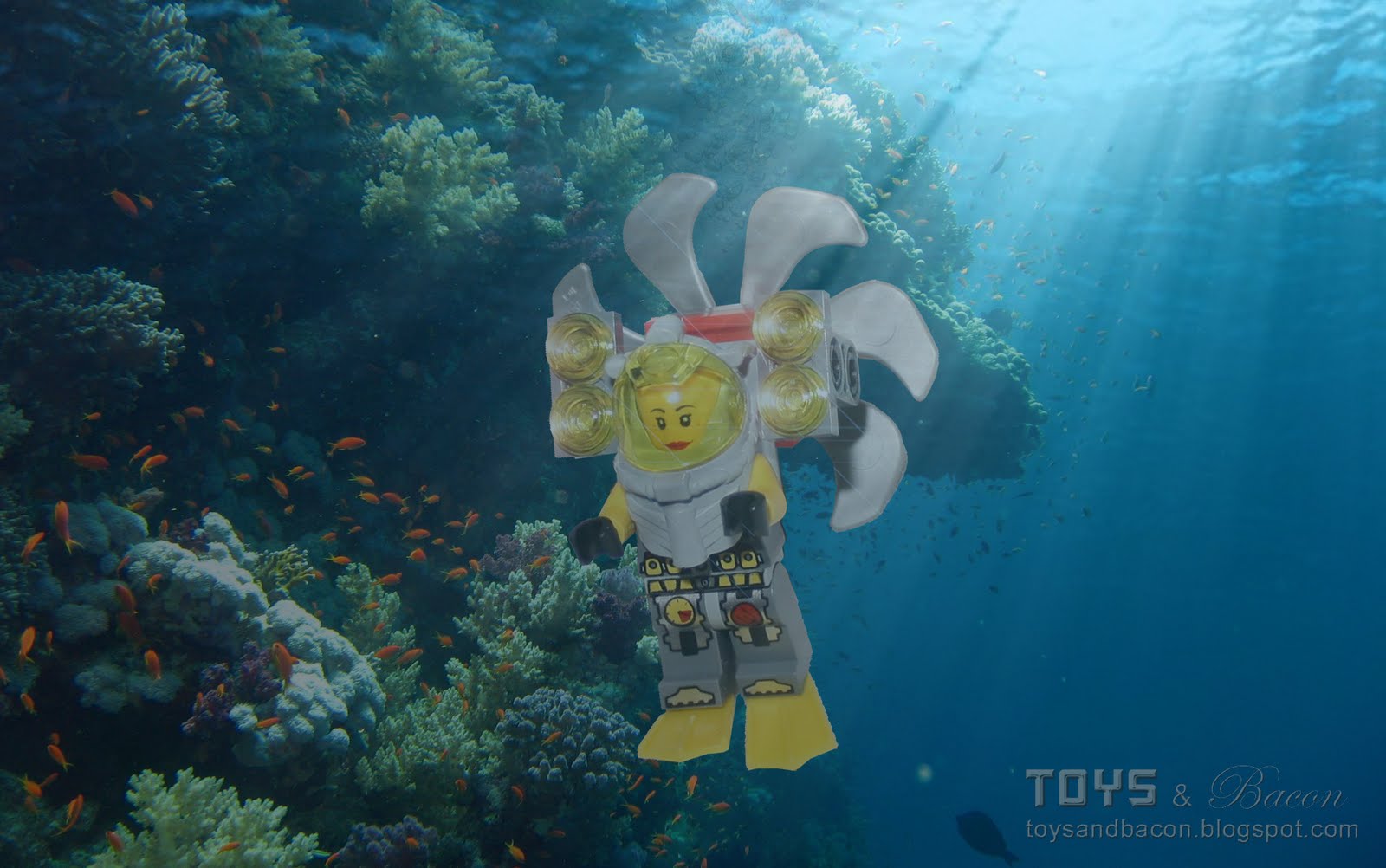 This is a bit pointless, because I'm not really complaining about the opinions of a 7 year old girl, rather about the channels that report this as news.

The weird thing is, Lego is universal. If any sub-line is "strictly for boys", it would have to be the Hero Factory line. And either way, Lego is just making what they know will sell. And girls apparently buy the pink package that is the current Friends line.

For the girls that want their female toys to do real work, real adventure and real action, why not look to the collectible minifigures?


Now, could the situation have been better? Absolutely. You know I'm a big advocate for equality in toys. I have written about female toys many times, even devoted entire articles to female action figures. Lego, specially with the collectible minifigures, are playing along with gender stereotypes. The fitness instructor, the bride, the fairy, etc. Even the space girl has a pink costume. But is this a problem? I mean, they are playing along with any and all stereotypes. I talked about this in the top ten list. If you want to complain, I'm sure you can find something where ever you look. Truth is, the collectible minifigures include more women than we honestly could hope to expect. Is it enough?

Well, I admit, Lego could have had better representation of women.

But fact is fact, Lego is being bought mostly by boys. And this isn't Lego's fault. Lego are building sets, and girls just don't buy building sets. If they did, we would have seen more building sets aimed towards girls. Who's fault is this? Probably the parents. But what do I know? I'm not a parent, nor a 7 year old girl. 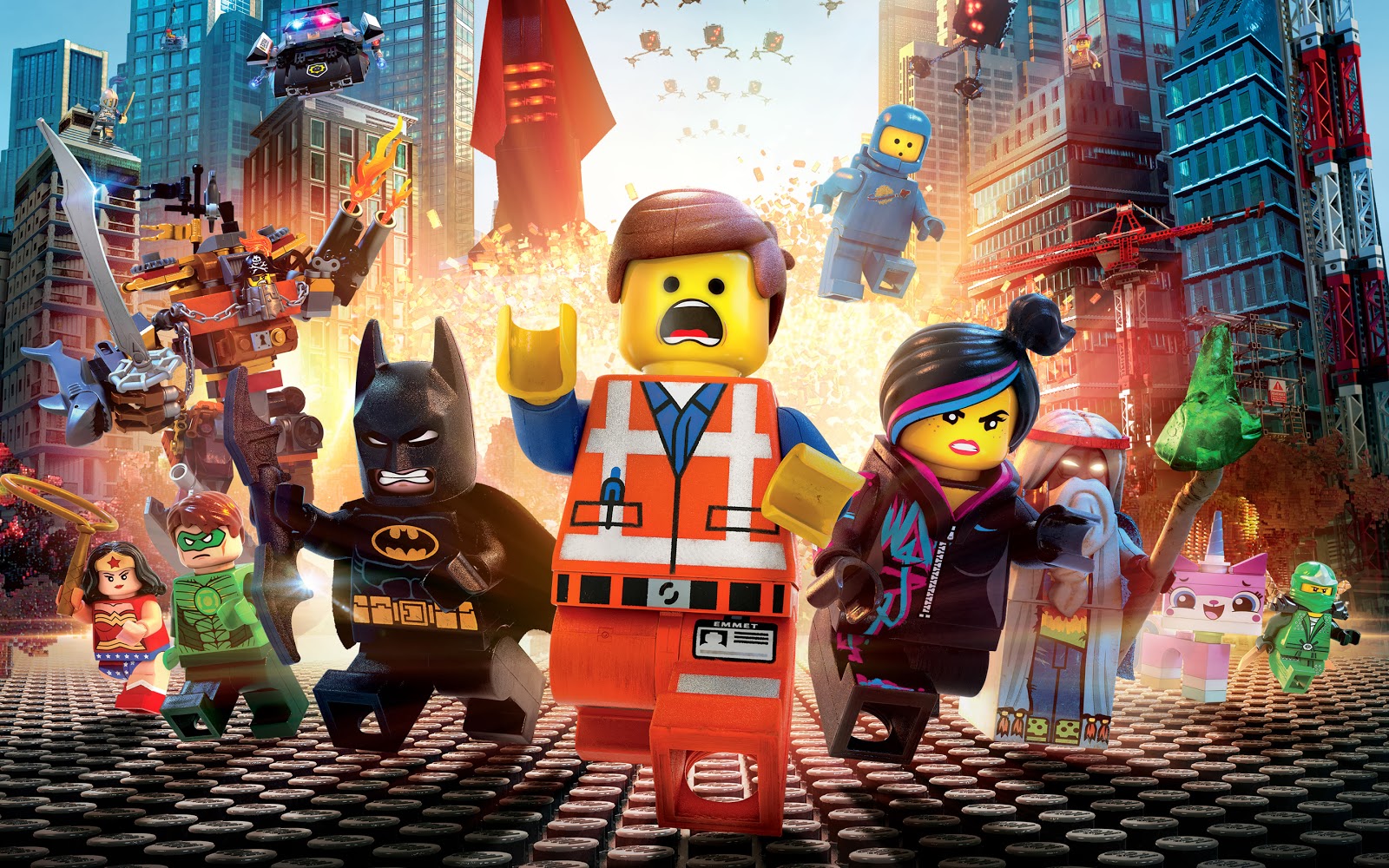 With the Lego movie coming up - obviously with a male main character, but right next to him, as a strong supporting character: A woman.
Not only that, based on reviews and what I know about the movie, she's significantly more capable than the guy. I mean, look at the picture above. Who would you trust to do... anything? The guy in the front or the girl right next to him?

And finally, as my friend Roxi pointed out: The letter from "Charlotte" may very well just be the work of a mother who just wants to stir the pot. Roxi, a life long fan of the bricks, has never had any complains, and as she says:

"You can't tell me the basic, nondescript minifigure isn't a girl. And that's the beauty of Lego."