These are great times. 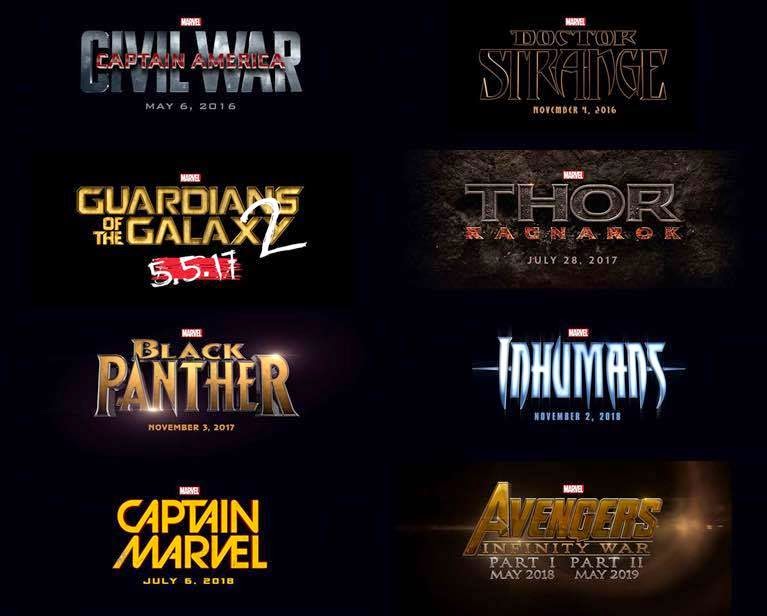 Nearly three decades ago, I picked up an issue of Secret Wars, and I was instantly a fan. Many kids of my generation grew up reading the comics with the Marvel superheroes. And sure, we dreamed of watching movies with our heroes, but as we aged, we realized that they very well could be similar to Street Fighter the Movie, or the TMNT movies. With this kind of quality as an alternative, I'd say it was a better option to not have superhero movies at all

Back in the late 90s, we actually started getting the superhero movies. Blade, Spider-Man, X-Men, followed by Hulk, Daredevil, Fantastic Four, Ghost Rider and sequels to the first wave. Some of these were good, a few of them were great, most of them were just awful.

Hindered by technology, but even more so a lack of scope and ambition.
You see, one of the reasons I fell in love with the Marvel universe was that any and all hero and villain could have some sort of link to the others. After all, the first comic I consciously read was a massive team-up between the heroes and villains.

And up until Marvel Studios, we just haven't seen this. They managed to team up four superheroes that easily could be the sole superhero franchise at any other movie studio. And they're building the story lines towards a goal.

Fantastic Four, Spider-Man, X-Men - maybe the most popular Marvel characters at one point - are locked at other studios. But that kind of doesn't matter.

You see, another impressive feat with Marvel is that they're not afraid to take chances with lesser known characters. Iron Man? Sure, every comic book reader knows Iron Man, but at the time the first movie came out, he wasn't the most popular Marvel character, probably not even top ten. Guardians of the Galaxy? Popular in the comics the last few years, but in the mainstream? Not even remotely.

Now, look at that line-up of movies. Captain Marvel. Black Panther. Doctor Strange. Inhumans. This is sick. This is insane. These are ridiculously awesome times to be a fan. I'm so glad I grew up with these comics to build the enthusiasm, and I'm so glad I'm around now to see them come alive like never before.
Posted by Jon at 1:49 PM No comments: 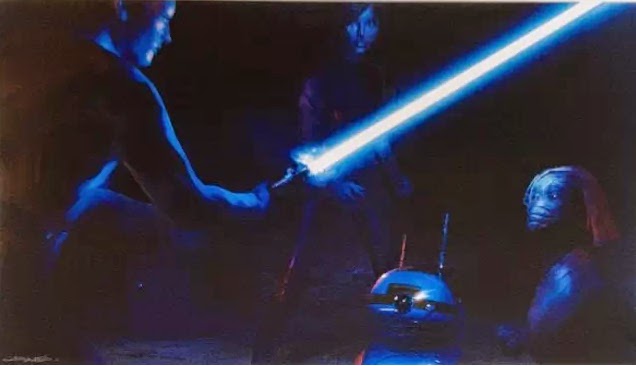 A handful of concept art pieces leaked the other day, and I thought it was worth talking a bit about the value of these illustrations.

Me, and many of my generation are probably as excited as it's possible to be for a movie. I even knowpeople outside my generation are excited for the new movie. The popularity of Star Wars extends far beyond the kids that grew up watching it.

And we just can't wait. We have to know all the information right away! Every little piece of news regarding the JJ Abrams directed movie has the internet buzzing. Now that Lucas is out of the picture, we shouldn't have to worry about repercussions should we leak secret information. It's not like the new owners are overly protective of their copyrights.
Anyway, I don't fear any C&D letters, simply because I have nothing to gain from sharing these images. And to be fair, these illustrations does nothing but get fans more excited, so for all I know, the leak may be fully intentional.

But for the sake of the fans that want to go in to the theater with zero knowledge of what's coming, I'll put a break.

So hop on in for Star Wars Episode 7 concept art!

I guess the news is out there, so I can safely report without breaking a promise. This summer I visited a friend in Billund, where he works. For Lego. He was so excited about this new project they were doing, but couldn't really tell what it was. After a few guesses, I landed on Jurassic Park - or Jurassic World, as the new movie is called. Me and him both grew up watching Jurassic Park in the mid 90s, and believe me - going to the cinema to see that movie definitely made an impact.

And here it is. Lego are making sets for the movie. It will be exciting to see how popular the movie - and the sets will be.

Here's the Brickset report, based on a press release from Universal Studios.
http://brickset.com/article/12650/It-s-official-LEGO-Jurassic-World-sets-due-next-year

See! I could keep the secret!