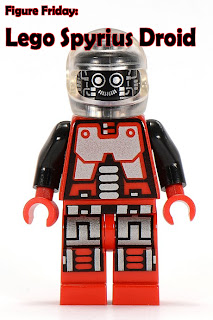 Read on if that's your kind of thing.

Back in the late 90s, Marvel wanted to copy their rival, their Distinguished Competition.

DC had had a great success with their alternative universe story Kingdom Come. It's a story that in some ways resembles many previous stories both companies have made on many occasions. The dystopian alternative future is in fact very popular in the superhero comics. Days of Future Past and The Dark Knight Returns springs to mind.
Kingdom Come is different from the two comics mentioned in that it's a company wide event. Most of the major superheroes were shown in some way or another. Where Days of Future Past featured mainly the X-Men, and The Dark Knight Returns was all about Batman and the related characters, Kingdom Come had everybody.

Look, Superman is old, Batman too.
It's a superhero civil war, and an effort to portray super powers in a more realistic way. How would people with superpowers actually impact the world.
The story is decent, but the theme has been done better several times, with the likes of Watchmen and Squadron Supreme.
What's really cool about Kingdom Come is that it serves as a glimpse into the future of our favorite characters. And since it's an alternative universe, we're never sure what could happen to the characters on the next page. The option to play around to a much greater extent is why many writers love doing these  kinds of stories.
It's also deliciously drawn by Alex Ross. All though I prefer him as a cover artist, Ross' art is something that sets Kingdom Come apart from other, similar stories. 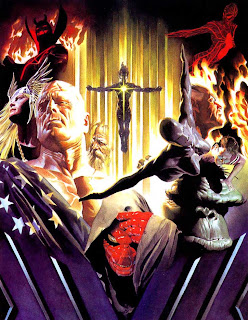 One such story came a bit later, from Marvel. Called Earth X.

Earth X may seem like Marvel's attempt of making a direct copy of Kingdom Come, but it's not that simple. Earth X was actually created from fan demand.
It started with the late comic magazine Wizard asking Alex Ross to - just for fun - dream up a future Marvel Universe like he had done with Kingdom Come.
Fans loved Alex Ross' very unofficial attempt to give the Marvel heroes the Kingdom Come treatment. In fact, the clamor for a story based  on these designs was so massive that Marvel hired Alex Ross to get started on the project, Earth X.

Before I get further into it: Earth X is bad. It's also entertaining. It's one of those comics. It will never be revered, it will never be remembered in the same way Kingdom Come will be, and it's nowhere near my top 100 comics. But for some reason I find my self reading it ever other year. It's entertaining for a few reasons. First of all it features some really entertaining re-designs of the major Marvel characters. Peter Parker has become a cop, Reed Richards have become a new Doctor Doom. Bruce Banner and Hulk have been separated from each other. Colossus has grown an iron mustache.
It also has a few really epic moments, like Black Bolt using his dying last words to send a call for help out in space. Franklin Richards returning to earth as Galactus, taking on the Celestials by himself. Or Iron Man creating robot guardians of his dead friends in the Avengers.

It's all very cool, and it could have been monumental, had it not been for a rather stupid story. Marvel has a thing for making it just a bit too complicated, making an effort trying to explain everything, tying up every loose string, and forcing connections where there was no need to. 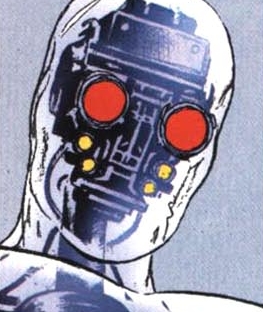 I'll put it as simple as possible:

The Celestials have planted a seed for a new Celestial inside the earth. All the super heroes have functioned as antibodies, defending the Celestial egg from dangers. But now, as the egg is close to hatching, the heroes are no longer needed. The Celestials return to well... destroy the earth.
Black Bolt of the Inhumans tries to stop this by turning every human into a superhero, and further mutating the already existing heroes.
Black Bolt has also crippled Uatu, the Watcher, who's just a servant for the Celestials. Uatu calls for Aaron Stack, The Machine Man, to work as the new watcher.
Most of the time, the story is explained trough a dialogue between Uatu and Aaron Stack. 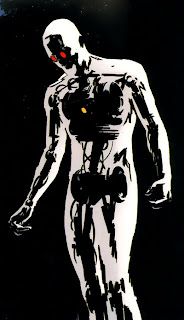 It's all good fun, but the attempt to explain how the Marvel Universe works, and why it is  the way it is - even though this is an alternate universe story, I find it a bit forced. It's not a story that has appeared because it was a good story. It's come around because fans wanted to read it.

The redesign of Machine Man is one of the cooler things in Earth X. Aaron Stack is completely stripped of anything that made him passable as a human, and his outer shell is turned translucent. The Watcher wants to dehumanize him, so he'll not question the events he's about to watch and record.

Why am I telling you about Earth X?

Well, because I love writing about stuff like this.

But also because I stumbled upon a magnificent concept art of something entirely different, yet very reminiscent Aaron Stack, the Machine Man, as he was designed for Earth X.
In fact, at first glance, I believed this was a redesign of Earth X Machine Man. 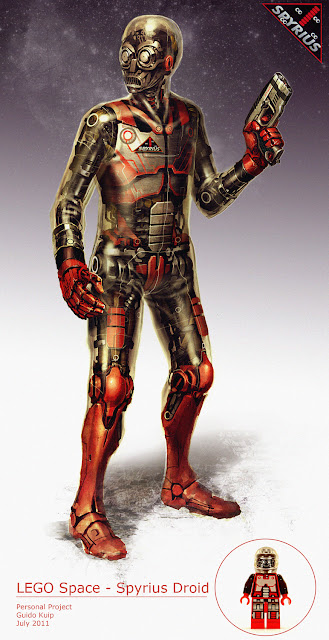 This amazing piece of art is made by a dutch artist named Guido Kuip, and his blog is here.
Even though  it resembles Aaron Stack, it's very clear that this is a Lego dude drawn more realistic. I'm stunned. Not only is it an incredible piece of art on its own merits. It's also an insanely obscure source for inspiration!

Quick! List the Lego Space Themes you can think of!

Space Police? Blacktron? Ice Planet? Yes, yes.. good. All memorable themes, with some amazing sets. I get why you remembered those. 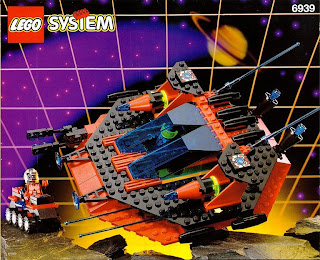 No one remembers Spyrius.

And that's not surprising. A space sub theme that barely lasted a season, from 1994-95 based on flying saucers and robots. It had a measly 6 different sets, and most of those were tiny, and kinda bad.

But there was one great thing that came out of this obscure theme: A cute little robot mini figure. Translucent helm, neat color combinations, and like any good Lego figure, a smile on his face.

And just like the Marvel and DC heroes got re-imagined, the little Spyrius Droid also found himself in a new shape, decades down the line.
Enjoy your weekend, people! 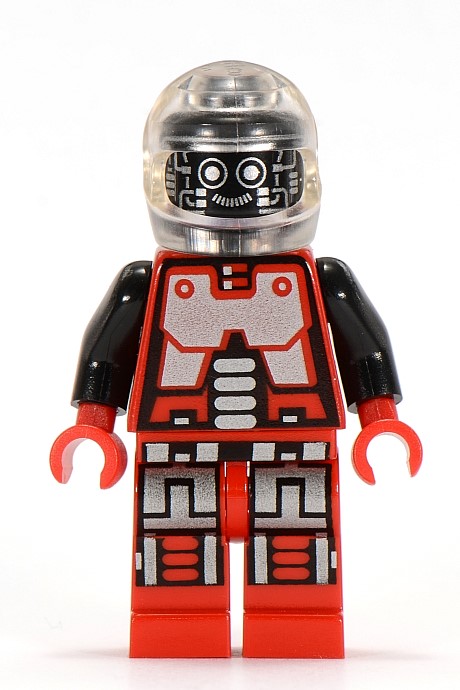