In the past, I've believed that the pizza was the best all-round dinner. You could put what ever you want on it, and you could customize the same pizza for different tastes. I still believe this to be true, but naturally there are many meals that have this form of customizations. Anything from tacos to pancakes are versatile in the way that you can alter the content to your preferences without changing the main theme of the meal. 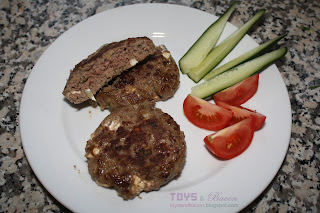 But enough with the philosophy, what follows are two burgers with different content.

The old "Burger vs. Pizza" discussion. What do you prefer? If you had to choose one to eat for the rest of your life, what would you go for? 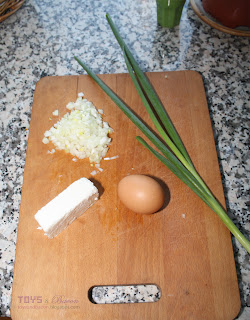 But it's not that simple. While you obviously shouldn't eat meat every day, the burger has greater potential for customization than we usually will utilize. I've talked about jalapenos and feta-cheese inside the burger, and that's just the ordinary filling. Bacon too. Not really breaking new ground here.

First of all it was the feta-cheese. Poor Greeks are in trouble. The constant corruption in the system makes it incredibly difficult for regular people to care about pitching in on the society. What's the purpose of paying tax, when you know it will go straight into the pockets of an old, fat dude who already have way too much  money?
At least the feta is awesome. It's a cheese that won't melt that easily. I think it's made from goat-milk, but for all I know, it could be made from hydras and gorgons. I have to read up on this (not Greek mythology, but how feta is made).
To the right, you can see what's inside this first burger (as well as some flour, salt, pepper. Not a lot else to say, it works extremely well. 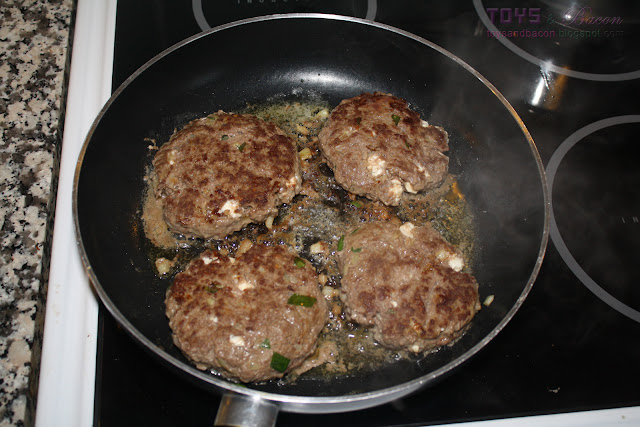 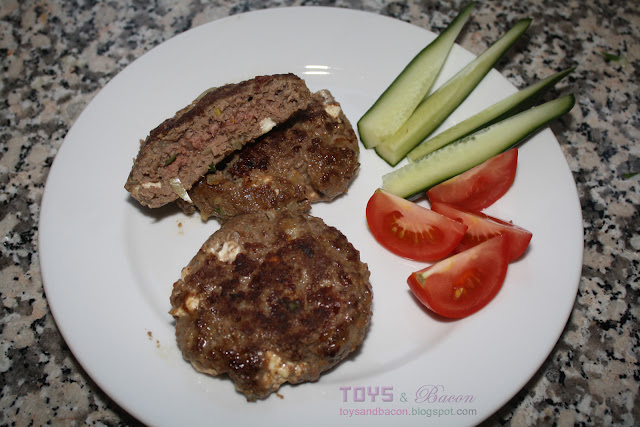 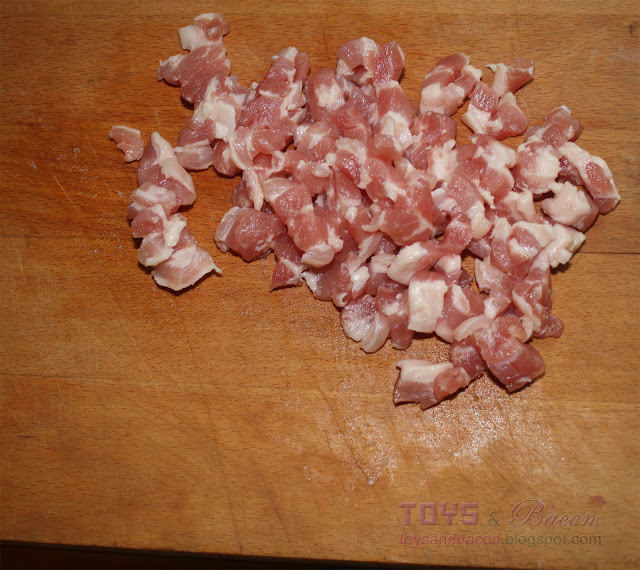 Then there's the bacon.
Bacon is known for being able to improve most meals. The burger is of course not an exception.
Fry bacon, mix with meat, ???, profit! 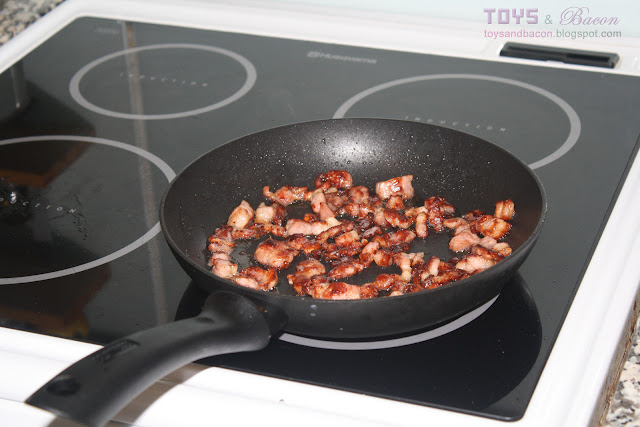 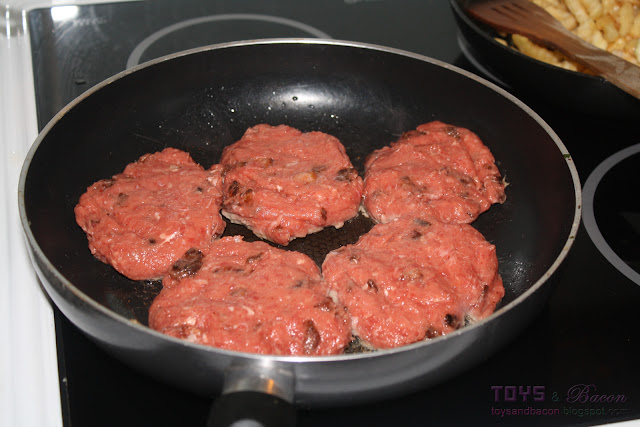 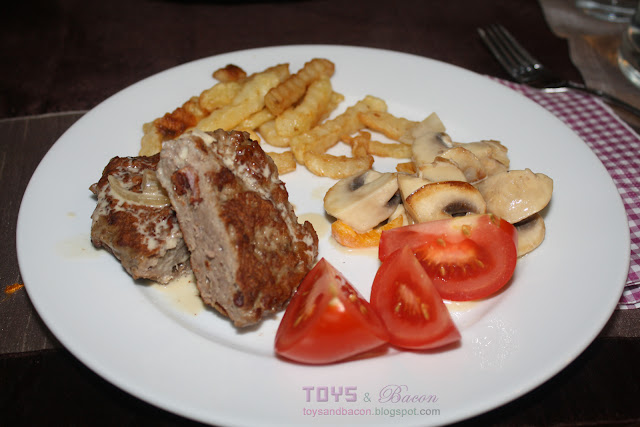 But what else can you put inside your burger? Various peppers? Different types of cheese? Salami and pepperoni?

On a different topic, I'm closing in on my 100th blog entry. It will focus on toys and it will be epic. I won't go further into details, but I'll show some teasing pictures for a week and half.
Here' the first!