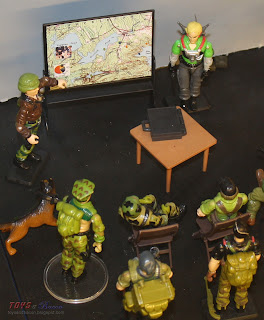 The first blog post of 2012 was a rather detailed tour of my G.I.Joe collection, as it was displayed in the museum.

A few people wanted me to show a more detailed picture of the map from the mission briefing inside the hangar. I still have the map, even though we took down the exhibition. Most of the diorama pieces, like the hangar building and the arctic landscape was destroyed.
But the picture below is actually from when I had just made it. I tried to take a few pictures as I made the various details for the diorama.

The board itself is from Marauder Gun Runners, who make dio pieces for 1/18 scaled toys. The map is printed. I guess I could have cut out from an old map, but I had access to a very good printer. Interestingly enough, the map section shown is parts of the state of Rhode Island. This was not intentionally, as I just googled for some cool map images. Rhode Island is of course where the headquarters of Hasbro are located. 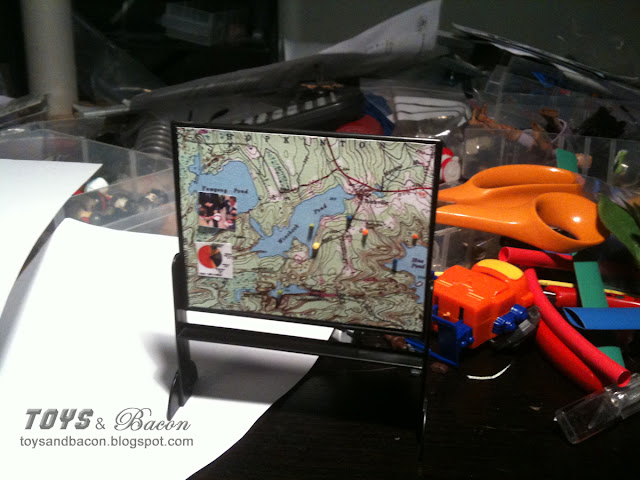 Plastic bits  were cut and glued on to look like push-pins, and additional stuff like a pie-chart and a photo of a dude with a suitcase were supposed to give information on the mission objective. 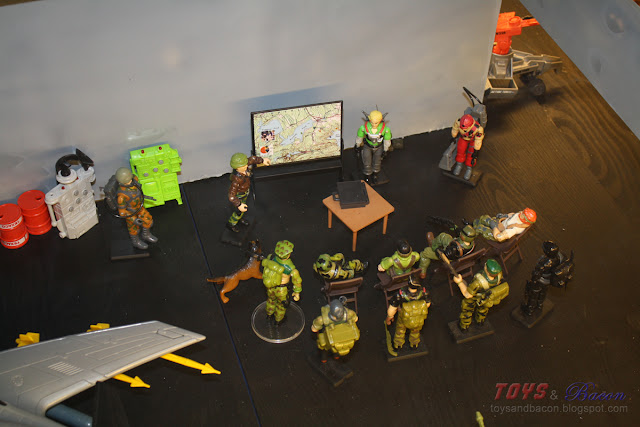 I can't say if anyone noticed these details from the exhibition, but I knew it was there, and I really like details like this.