It's interesting to notice that such an important aspect of war is neglected in the G.I. Joe toy line. At least until 1989, when the underrated, and often ridiculed information specialist debuts for the G.I. Joe team. 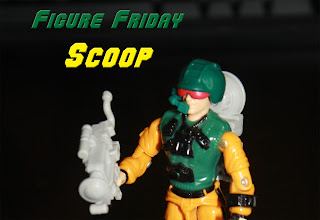 Jump in for the scoop on Scoop!


You would think the G.I. Joe team had information, and public relations on board from the very beginning, but the weirdest thing, it's barely even mentioned. For the aggressive nature of their missions, they certainly would have needed it. They get blamed more often than not for meddling with international affairs, either it's taking down dictators in Borovia and Latveria, or invading countries, like... Cobra Island. Even on their home turf, the G.I. Joe team gets bad publicity, when for instance the Battle Force 2000 team is destroying an entire town. 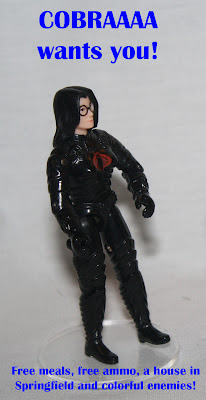 Cobra as well, you would assume they had a propaganda department, and to a certain extent, they do. With the Crimson Twins, and shady their work. And The Baroness fits right in on a propaganda poster for Cobra recruitment. Yet it's a topic only vaguely touched on in the comics.

Obviously, no kid would ever buy a "Public Relations" action figure. But it's not even present in the comic, and I find that a bit weird.

Scoop isn't public relations, by any means. But it's the first step. He's listed as Information Specialist, and it's a role that's easily as important as the Infantry, the Laser Rifle Trooper and the Heavy Machine Gunner.
This is something anyone who has ever picked up a history book knows. A bullet can start a war, but a picture can end it. Yes, you can quote me on that. 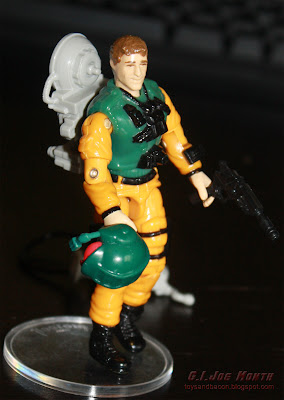 So, Scoop was there to document G.I. Joe battling Cobra. That's cool. He came with more than enough gravy to satisfy me as a kid. Lots of cool gadgets, a nice gun with a silencer, and a helmet with removable (read: easily lost) microphone. He has an unnaturally colorful outfit, even for the 1989 line up, but I guess he should be looked at as a non-combative Joe, never really needing to be camouflaged.

It's easy to mock the size of his camera. I mean, G.I. Joe was high tech already back in the early 80s, I can't see any reason for Scoop to have a camera this big.
Scoop also comes with quite a few cool details sculpted to his outfit. Like the camera and binoculars on his chest, the satellite phone on his arm, and the battery pack on his thigh. This is a really cool sculpt.

It's apparent that Hasbro was satisfied with making the character Scoop. They sculpted his face to look like a well known TV reporter, he was in the G.I. Joe arcade game of 1989, they included him in many of the 1989 spin off effects (along with Rock n Roll and Snake Eyes v3), and he was the main character in an entire issue of the occasionally brilliant Special Missions comic. 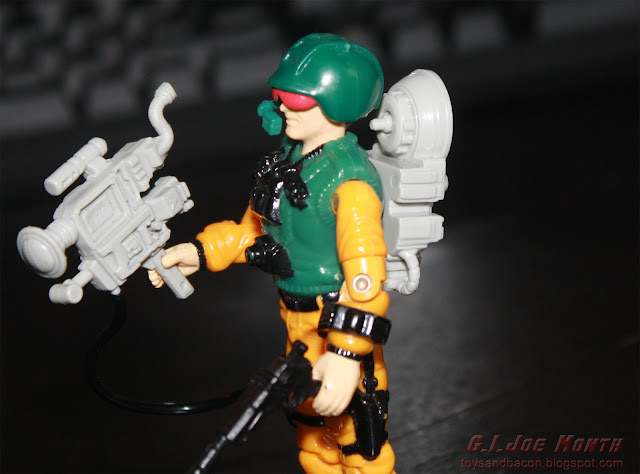 All this seems to have been for naught, as Scoop to this day is seen as one of the worst Joes made. I'm a bit torn on this issue. On one hand, I'd wish they had made the figure slightly different. A cool rifle, and a proper camouflage, and this would have been a legendary figure. But on the other hand, I really approve of the idea behind the character.

I will show quite a few panels of the Special Missions issue that features Scoop. In the start, he's mocked by the team, they see him as a liability on the mission, which he turns out to be. But in the end, he manages to knock out an Iron Grenadier to save his own life, and earn the respect from the battle-tested Joes. 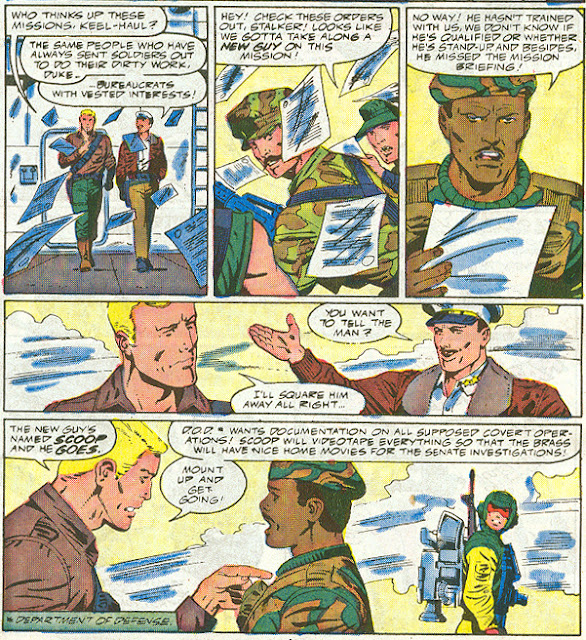 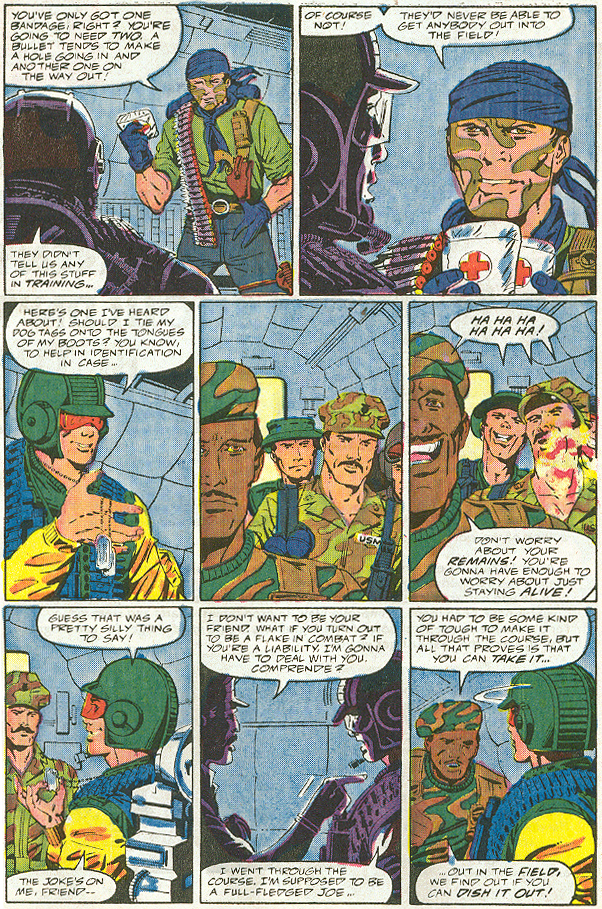 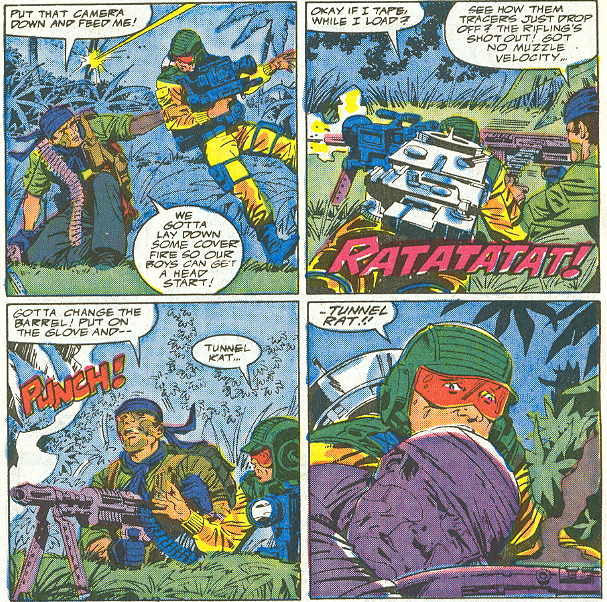 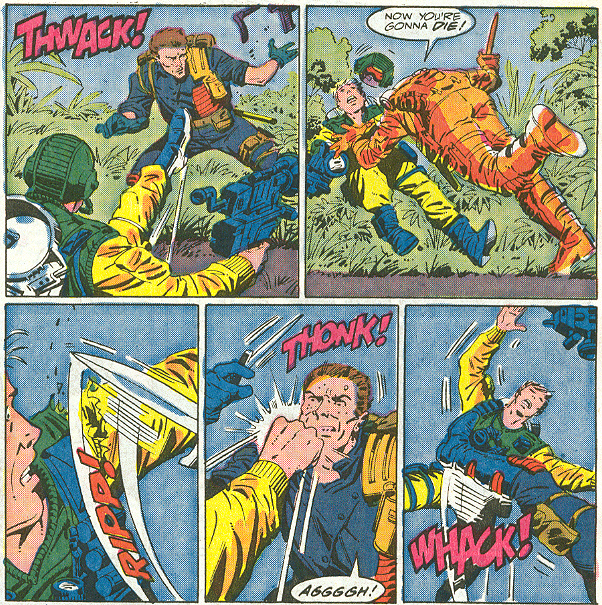 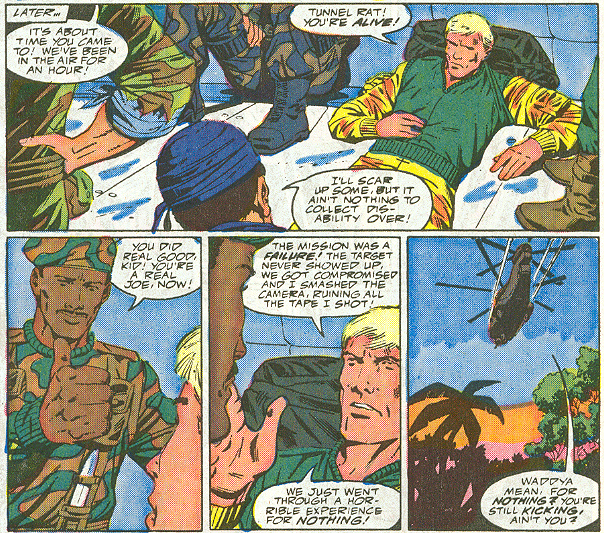 So... Scoop earned the respect of his team. What would it take for him to earn your respect? 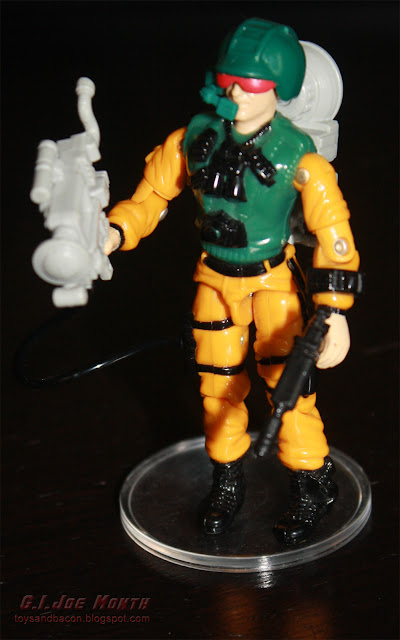 Have a great weekend, people!
Posted by Jon at 8:18 AM