The reason I say almost is that I don't actually own the Moray Hydrofoil.
The Moray was a maroon and gray hydrofoil boat released in 1985. It's considered one of the best vehicles in the G.I. Joe line. Along with the Mauler, Snow Cat, the USS Flagg, and the cute Night Landing I talked about last week, the Moray makes up for probably the strongest selection of vehicles in a Joe year. 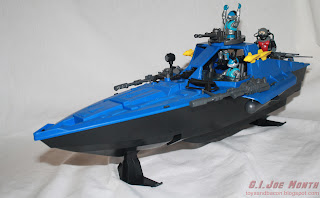 In my eyes, it's by far the coolest boat in the line. It looks sleek, fast, dangerous. It has a wide selection of armaments, it's filled with details and play value. It can hold tons of Cobra dudes, and it's big! For a boat in a 3 3/4 inch line, this is an impressive toy.

And I don't have it.
What I do own, is the more recent hydrofoil release made for the Collectors Club convention. Through luck and associations, I managed to get hold of not one, but two of these boats, along with the extra blue deck.

Read on for... basically the Moray Hydrofoil.


In 2004, the G.I. Joe convention was held in the swamps in Florida. Well, technically it was at Disney World, but I've heard there are swamps in Florida, and the theme for the convention was the Dreadnoks vs. Tiger Force in the swamps.
The Dreadnoks had a new ride, in a repainted Stun (1986). The Tiger Force team were going after the biker gang in their new hydrofoil called "Tiger Ray" - a repainted Moray Hydrofoil (1985).
The original Moray was of course a Cobra boat, but as traditions would have it with Tiger Force (and other sub lines like Night Force, Python Patrol, Sky Force), it was common to see Cobra vehicles get repainted for the Joe team, and the other way around.

Believe it or not, these boats weren't all that popular at the 2004 convention. In fact, the convention the very next year, additional stock was sold, but this time with an additional deck plate in Cobra blue. Up until at 2009, the club still had a stock of these boats.

Now, even though the orange is great, and the Cobra blue hydrofoil is gorgeous, I still prefer the original maroon colored one. There's really no reason for me not to get one. Well other than the fact that I already have two hydrofoils.
Luckily, the orange version is very similar to how it looked in the comic.

So how did I get my hands in this boat? I wasn't at the 2004 convention, nor at the 2005, but I have a few friends that were. And my first hydrofoil came from my good friend Dan, who apparently didn't like the orange color. Or maybe he had bad memories from Disney World 2004. I don't know, but thanks again, Dan!
The second one was acquired in an even more curious fashion. At the 2009 convention, I managed to win a Tiger Ray during the awards party. And since I already had an orange one, I wanted this one to be Cobra blue. I traded a loose Quarrel for an unused blue deck.

This is not a review, and I don't see the point of talking too much, when the pictures can do it for me. What I can say is that they're definitely the coolest boats I own. I prefer the blue over the orange. Even though the orange was released as a Tiger Force boat - and came with G.I. Joe team stickers - I'm using both as Cobra boats, stickers still unapplied. 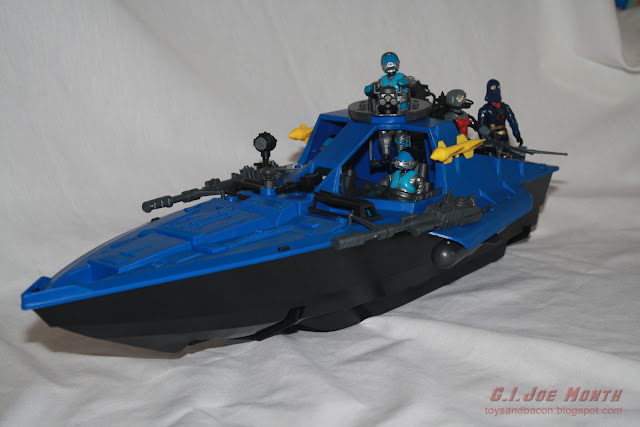 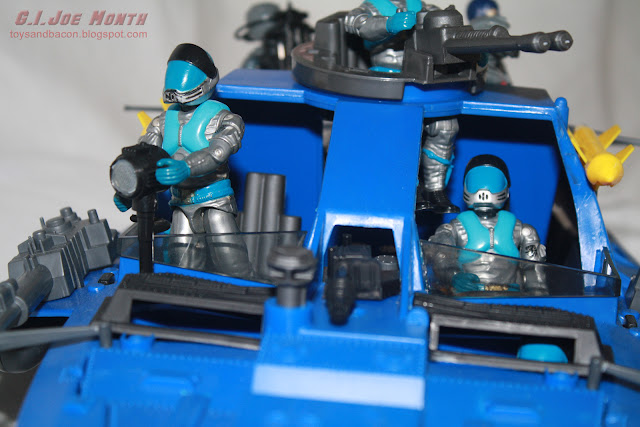 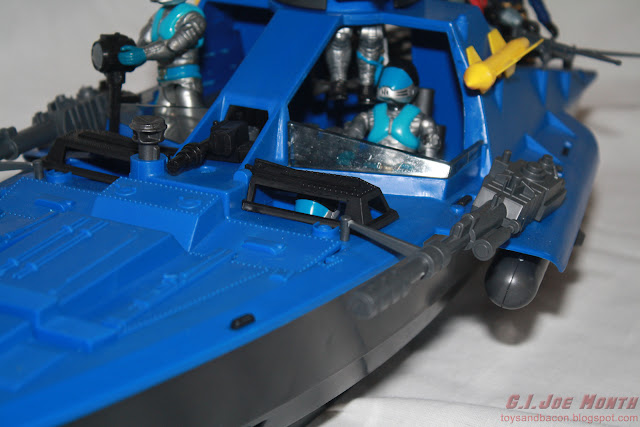 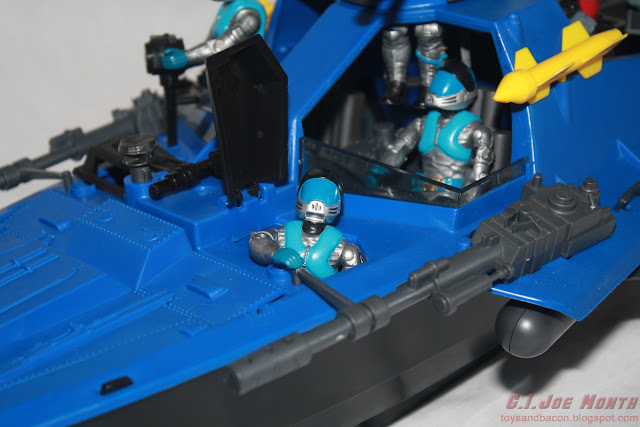 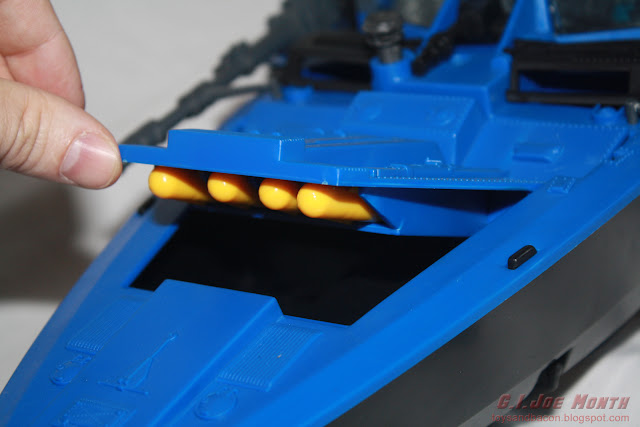 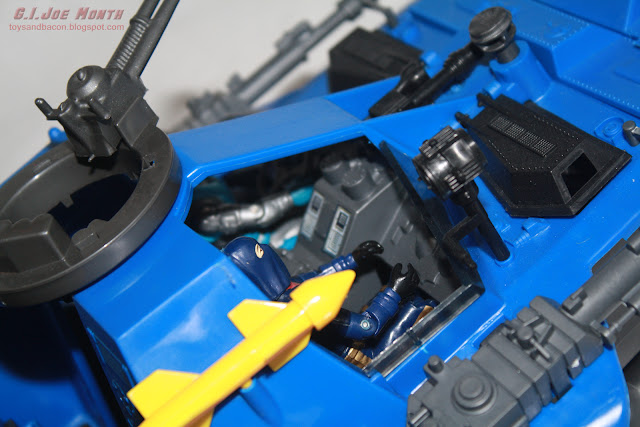 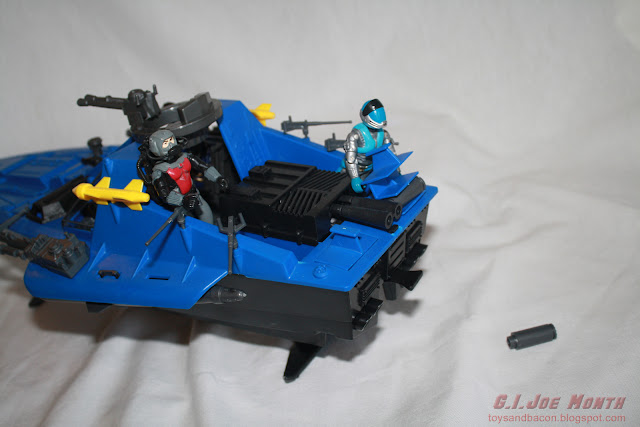 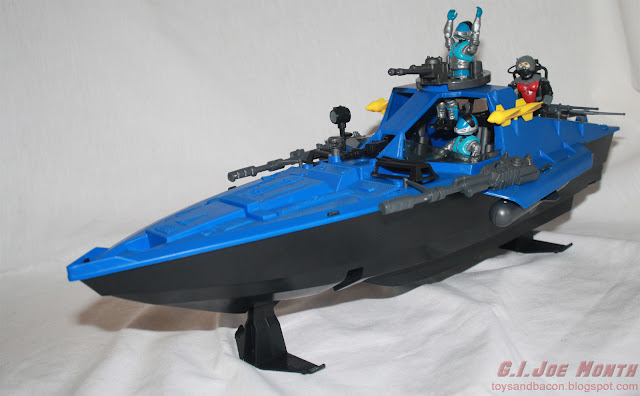 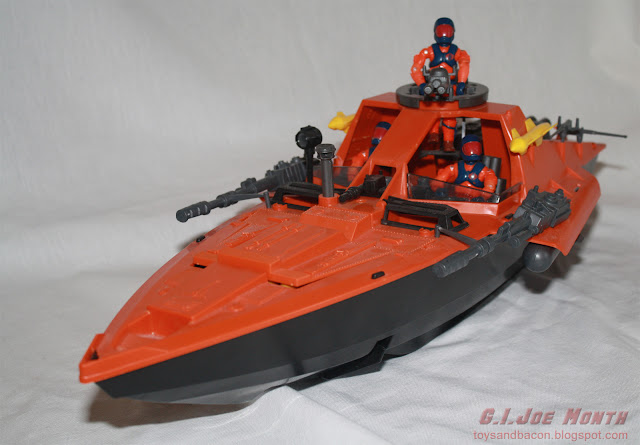 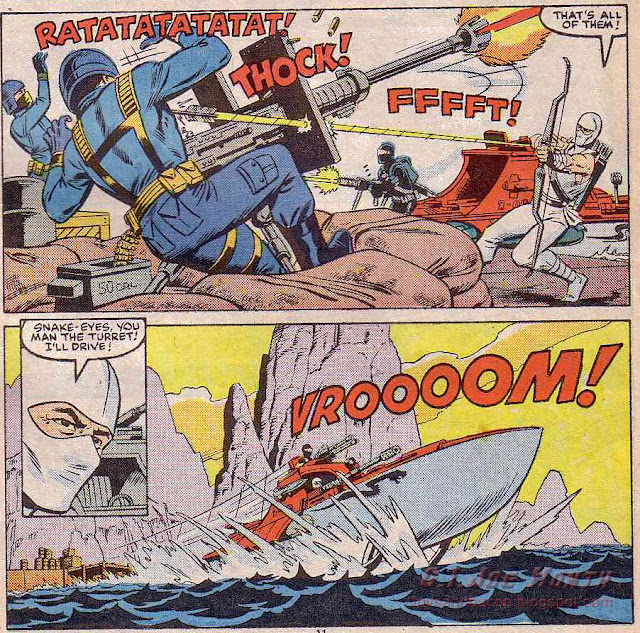 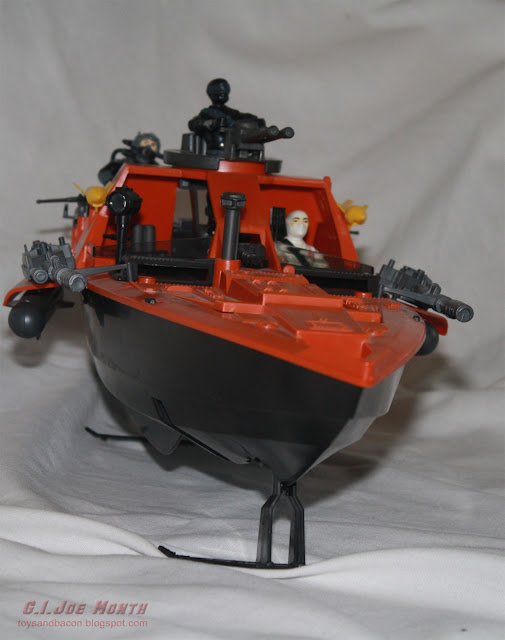 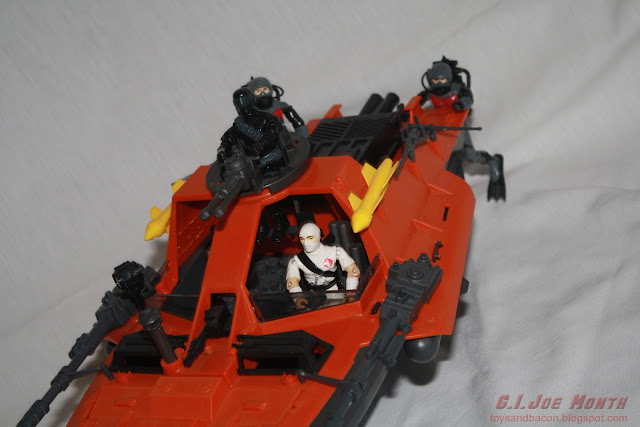 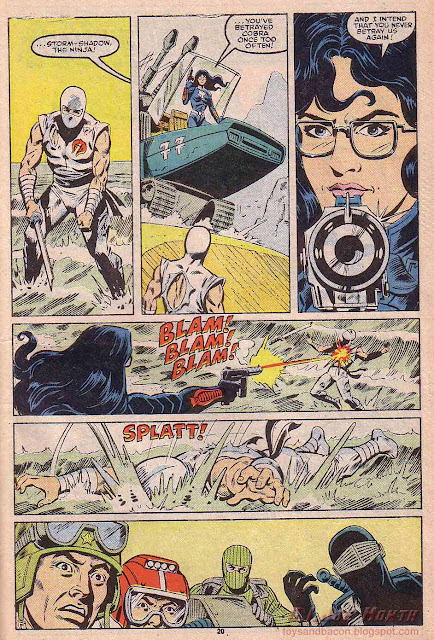 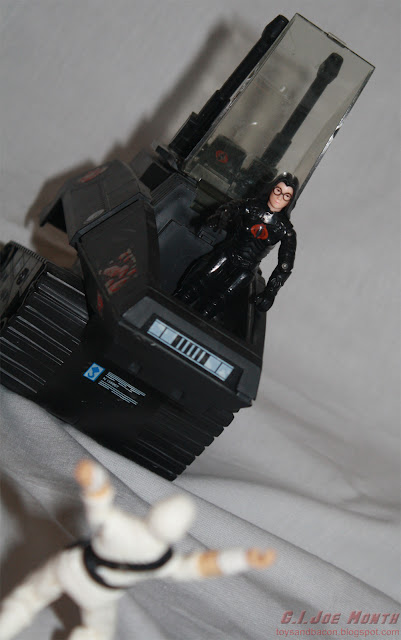 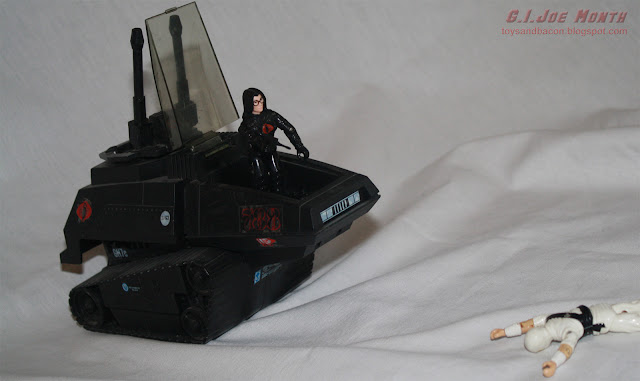 Ok, it may have turned slightly off topic in the end there, but still relevant to the issue of the comic where the Moray played a huge part.

The G.I. Joe month will of course continue on Wednesday, but we're going off planet, with two severely underrated toys from the last years of the line!
Posted by Jon at 12:15 PM