Once again I'm not heading to San Diego for the annual comic convention. Of course, at this point it's pretty much pointless attending SDCC, as it has grown too big for it's own audience. And it's certainly not worth my time travelling to the states just to stand in lines, endless lines. I don't have patience for that.

At the very least from an outsider's point of view, SDCC has gone from being a pure comic convention - where like-minded came and celebrated comics - to being a showcase for movie and media. There's nothing wrong in that, but watching panels with movie stars, and hearing the latest toy news, I can really do that just as comfortable from my chair at home.

That said, there is something special about attending conventions, the atmosphere, meeting other fans, watching cosplayers. If you've ever been to a con, you know what I'm talking about.
I'm sure you can still get all this at SDCC - it's just that you have to stand and walk in line at all times.
This very weekend, I'm heading to a small, local games-con. I'm excited, and hope to get that "con-feeling".

For the bigger cons, there's always the allure of goodie-bags, con exclusives and freebies. 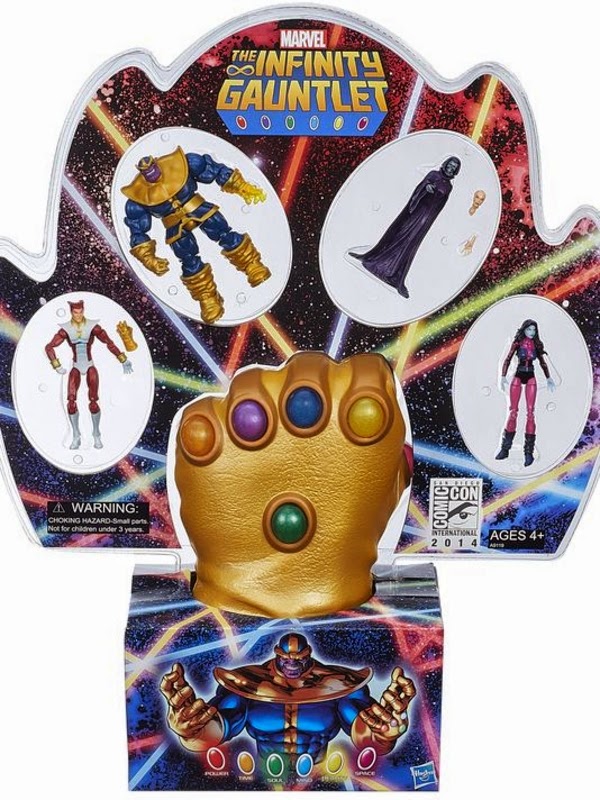 Hasbro has had a monstrous streak of incredible exclusives, ranging from their back-to-back Transformers cassette players (2009-2010), to their Star Wars Death Star set (2011), their Transformers/G.I. Joe collaboration 2011-2013) and the simple, yet excellent 6" Boba Fett with Han Solo in carbonite (2013).

This year, they hit a home run for me with the Infinity Gauntlet set, within their 3 3/4 Marvel Infinite line.

I'm a sucker for everything from Marvel's cosmic heroes, and I've been reading their epic space comics ever since Secret Wars. Naturally the Infinity Gauntlet series is one of my all time favorites. Author/artist Jim Starlin and artist Ron Lim had an insane run where they, among other stories, told the tales of Thanos, the mad titan, in his quest for scoring with Lady Death. 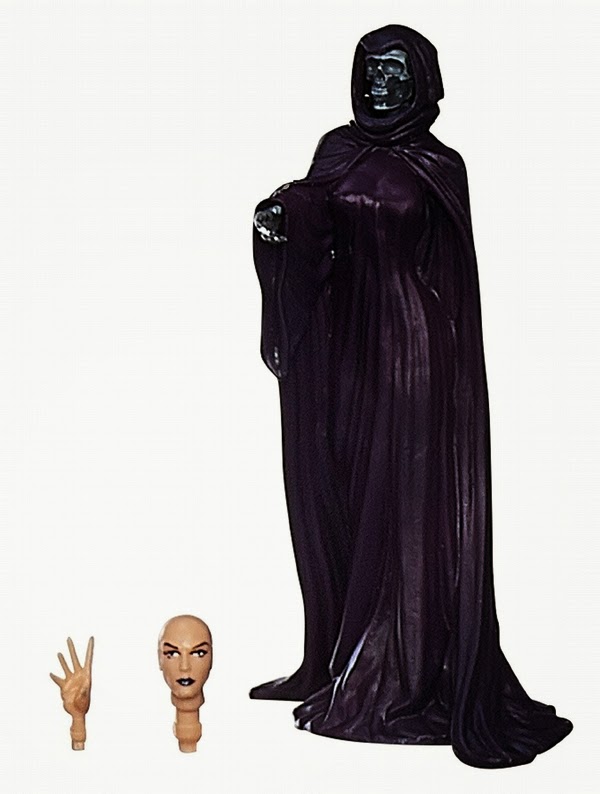 And now, this weird relationship is being captured in toy form. The set includes Thanos, his brother Starfox and Lady Death (whom I think is a first-timer in toy form).
In addition, we see Thanos' on/off associate, Nebula. She will be a major character in the upcoming Guardians of the Galaxy movie, but in this set they all have their comic appearances.

And finally, the set comes with a wearable Infinity Gauntlet - complete with all six infinity gems, that will let its wearer control everything in the universe. Except lust for something you cannot have - lust that will eventually make you screw up, and let yourself be defeated. Again.

This set would have been truly monumental had they included a vintage-appearance Adam Warlock. I'm not saying the asking price of $75 is too high for just four figures and a rubber gauntlet - but standing hours in line, you'd hoped to get at least one more figure. 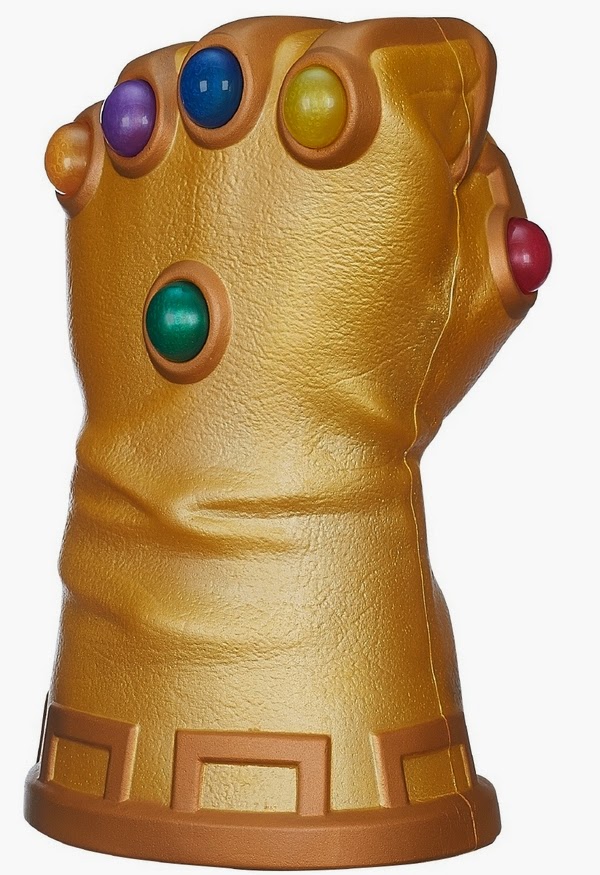 Yup, it's clear that Marvel is really taking it's cosmic "universe" seriously. Their six inch SDCC set is also cosmic related, with Black Bolt, Gladiator, Star Lord in the mix. Pair these sets with the Guardians movie this summer, and we almost have our dose of superheroes in space. Almost.
Posted by Jon at 12:45 PM