This is a guest article written by my little buddy, Al. He's a fan of G.I. Joe himself, and was let loose on my collection. I gave him the task to find his favorite figures among the later ones, the ones from 1990-1994. There's a lot that could be said about the demise of the original G.I. Joe - A Real American Hero toy line, and the way it ended was down right sad. But, as Al points out, there are a lot of gems here. Surprising ones even.
The entire article is written by Al, and he has also taken the pictures. So, not a lot of work done by me. Which, honestly, is just the way I like it. 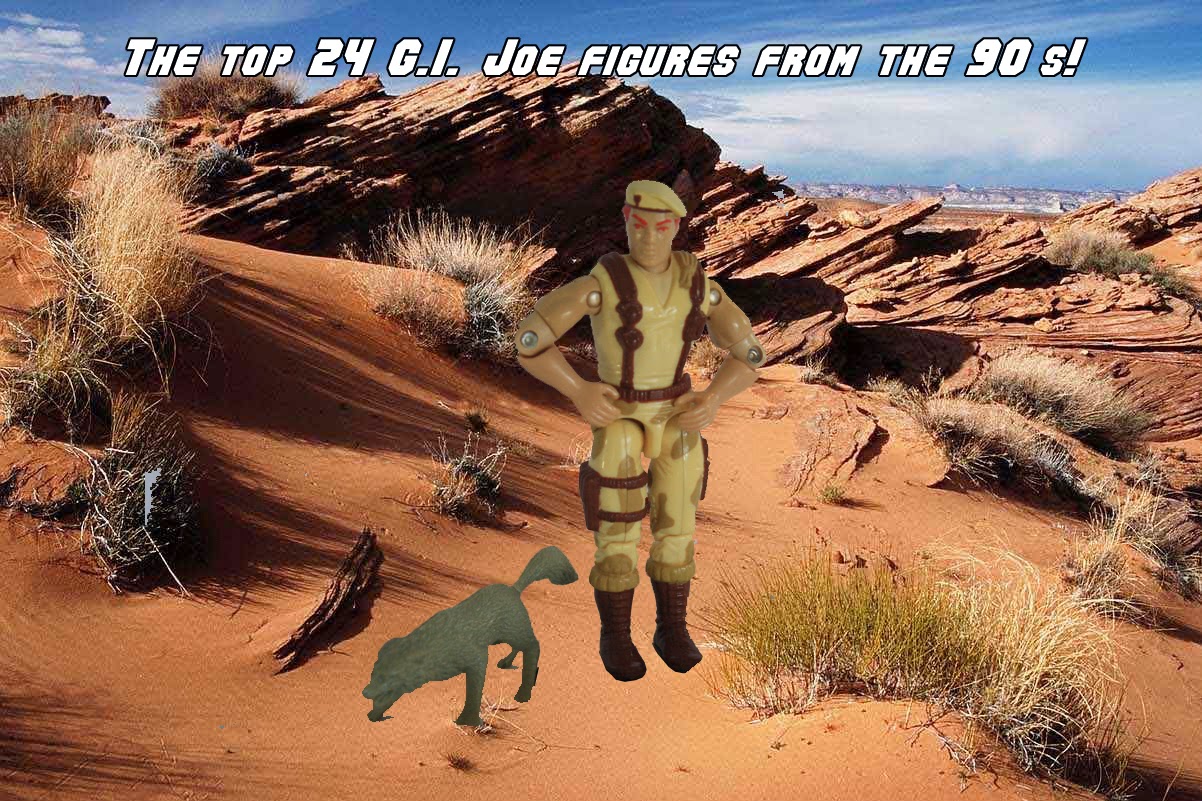 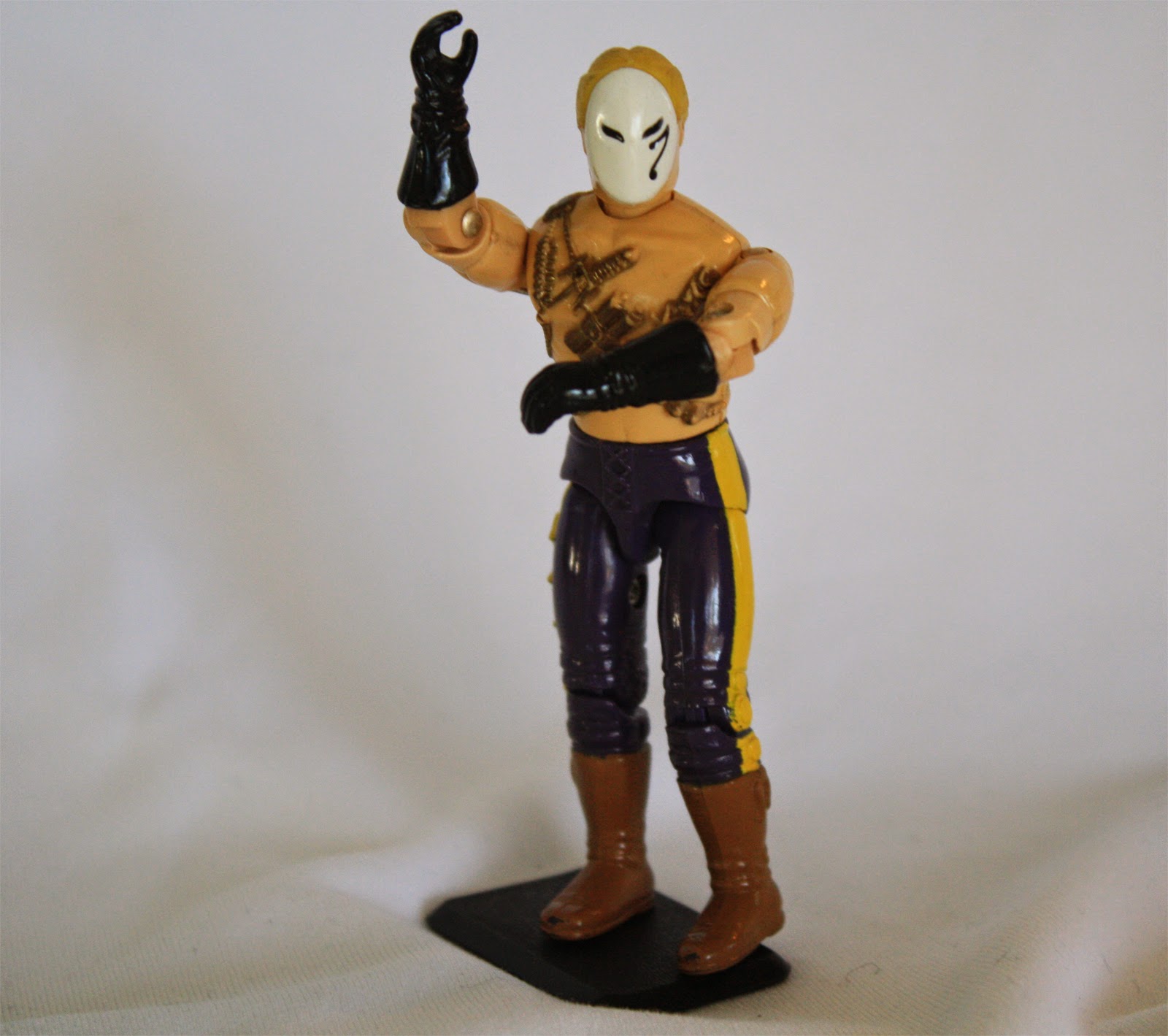 24. Vega (1992)
Technically not a G.I. Joe, but he's a cool character in the Street Fighter games. Very similar to the video game version, and some decent sculpting on the weapons strapped to his chest. 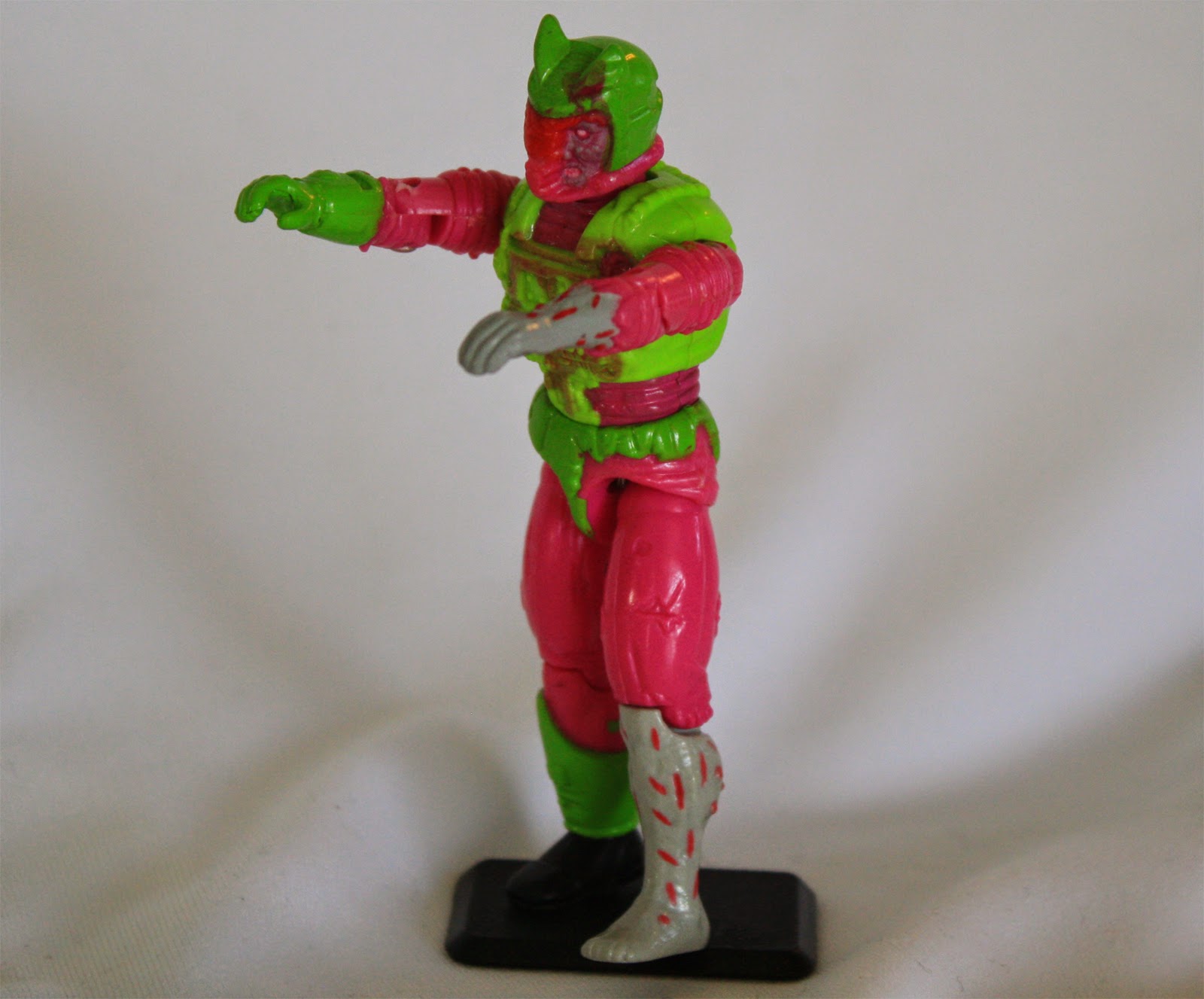 23. Toxo Zombie (1992)
Incredible details. Significantly better than the "original" version, Toxo Viper. You have to wonder what turned him into a zombie, and what he really thinks about his life right now. 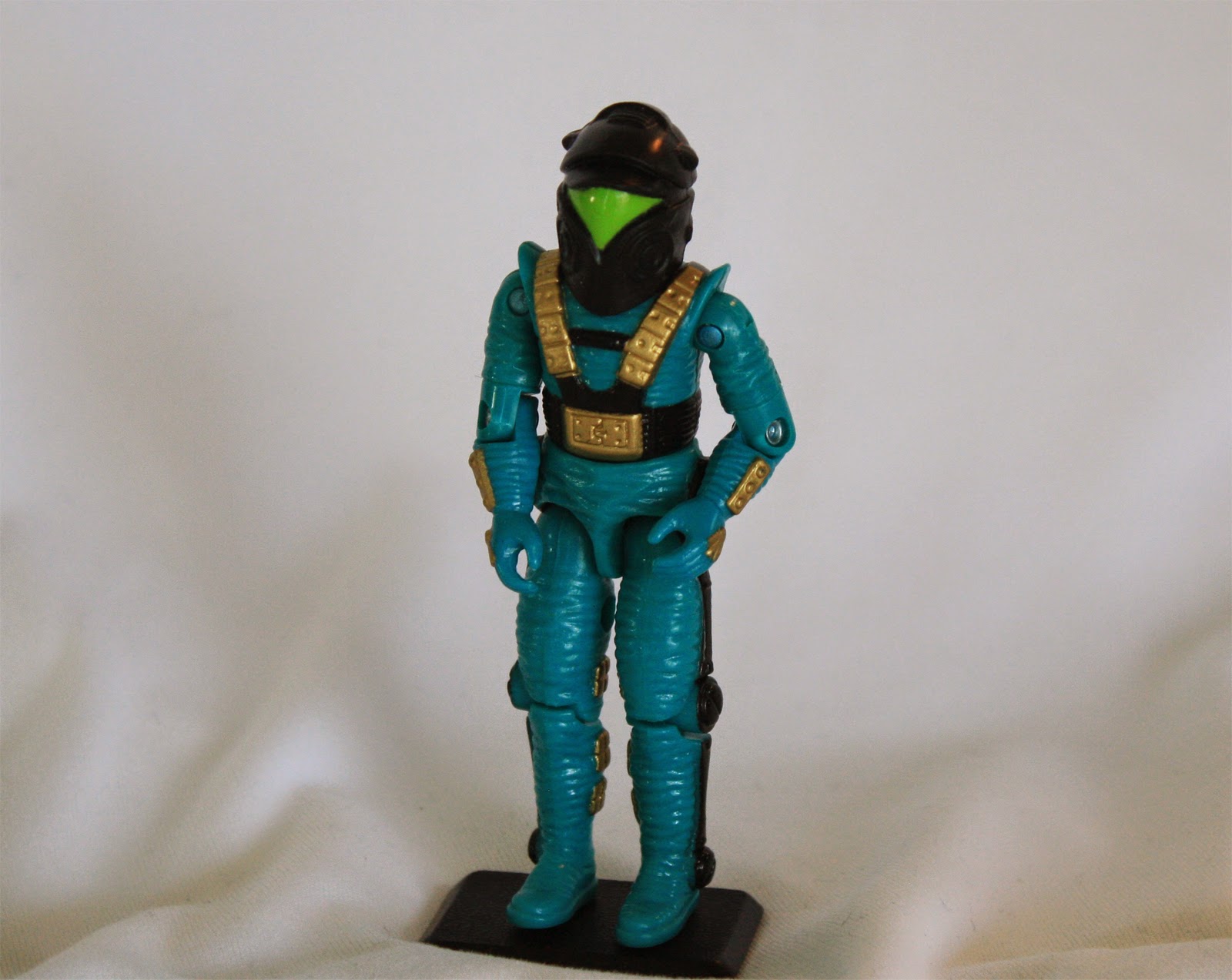 22. Astro Viper (1993)
No reason to display this guy with his weapons, because like many of the 1992-93 figures, he came with a crap-ton of brightly colored, and very random weapons. But, this guy has to be displayed with his amazing helmet. He has this kind of 60s sci-fi look to him. Original 1988 version is better, but this guy isn't bad at all. 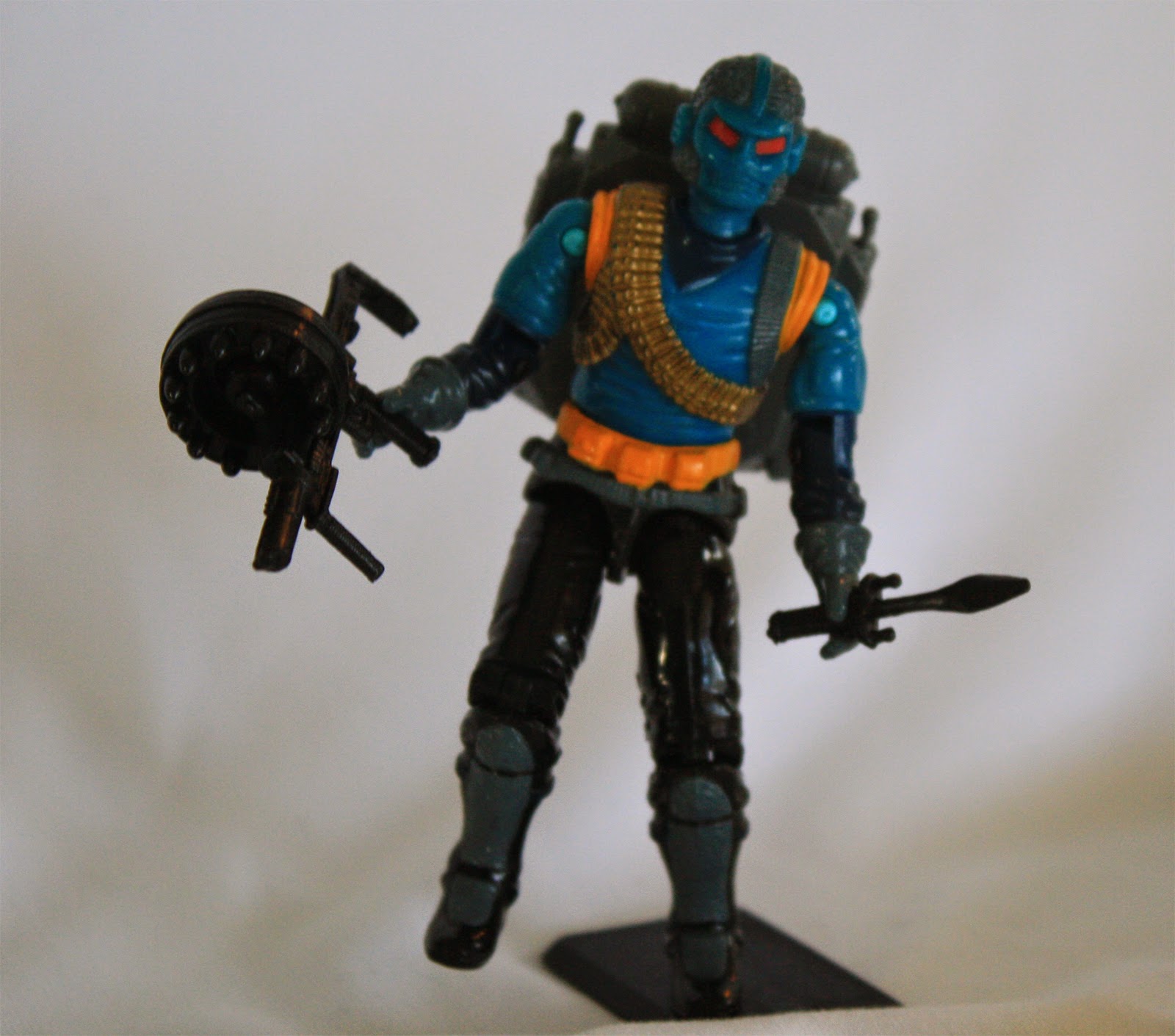 21. Range Viper (1990)
His weapons are off the hook, and a cool back pack, this guy comes with great accessories. Good details, and relatively realistic color combinations, at least compared to what would come the next four years. 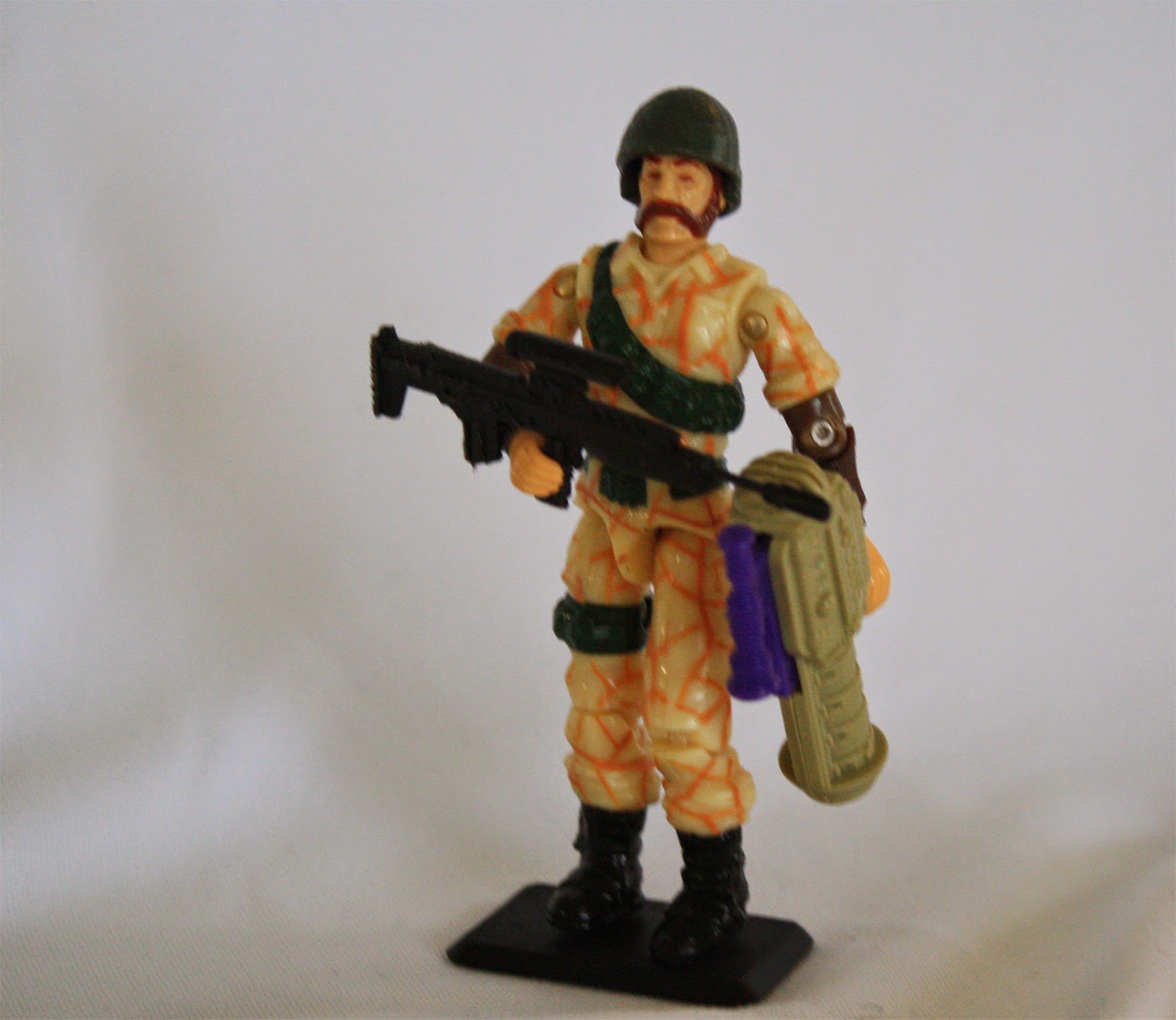 20 Ambush (1990)
Sadly, while this Ambush came with incredible accessories stateside, among them a make-shift tent, the European version (which Jon owns), came with spring loaded junk. Still, looks like a realistic desert trooper, which became a rare thing this late in the line. Also, mustache. 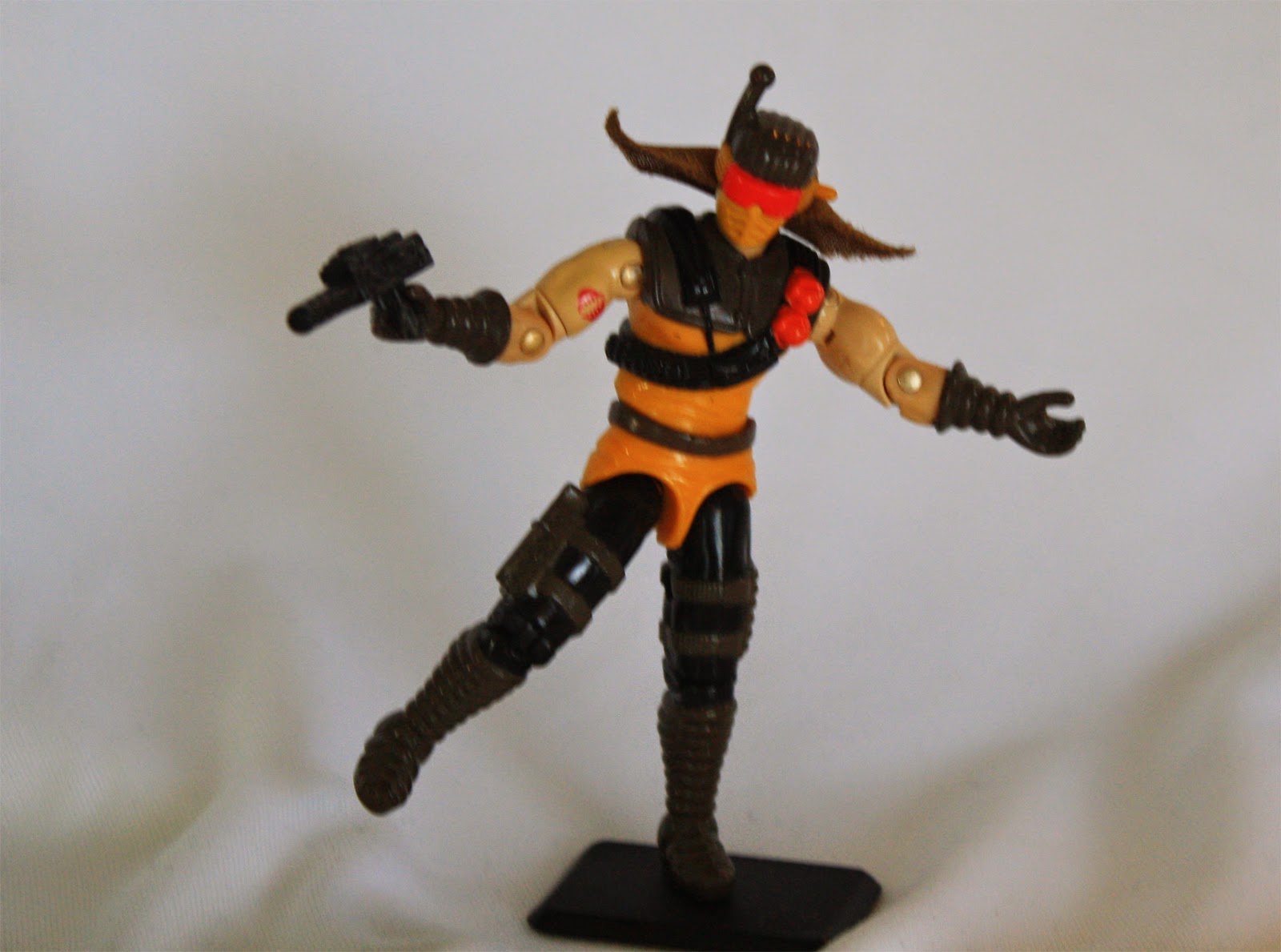 19. Desert Scorpion (1991)
One out of at least three desert-themed guys on the list. Desert Scorpion came with a ridiculously over-sized scorpion pet. Looks very "Cobra-like". Headsculpt is bad ass, and his weapon is small, but great. 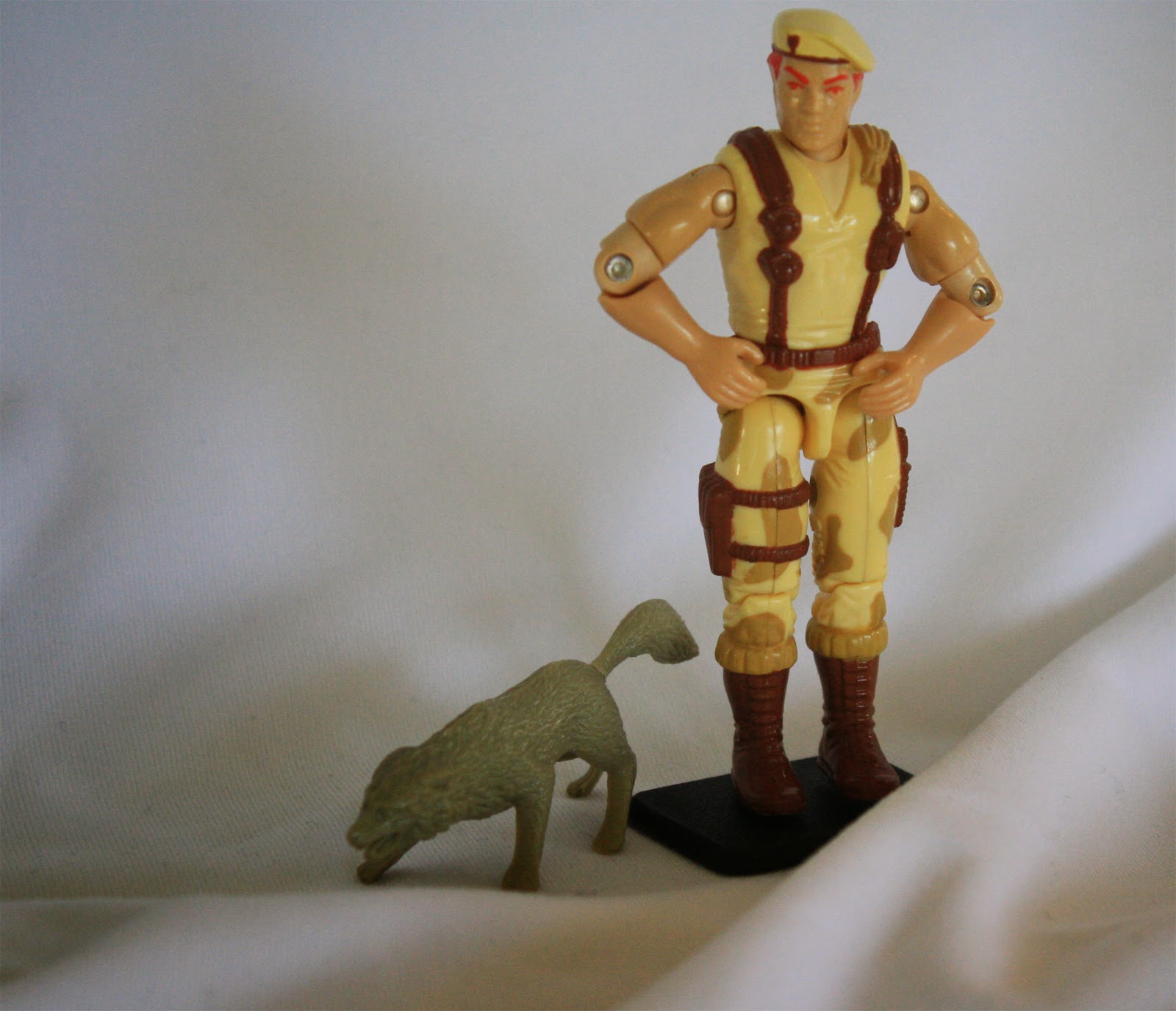 18. Dusty (1991)
The second version of Dusty came with a pet coyote, Sandstorm. This guy is very reminiscent of the vintage figures from the glory days of 84-88. So, nostalgia points. Clean costume, realistic colors. 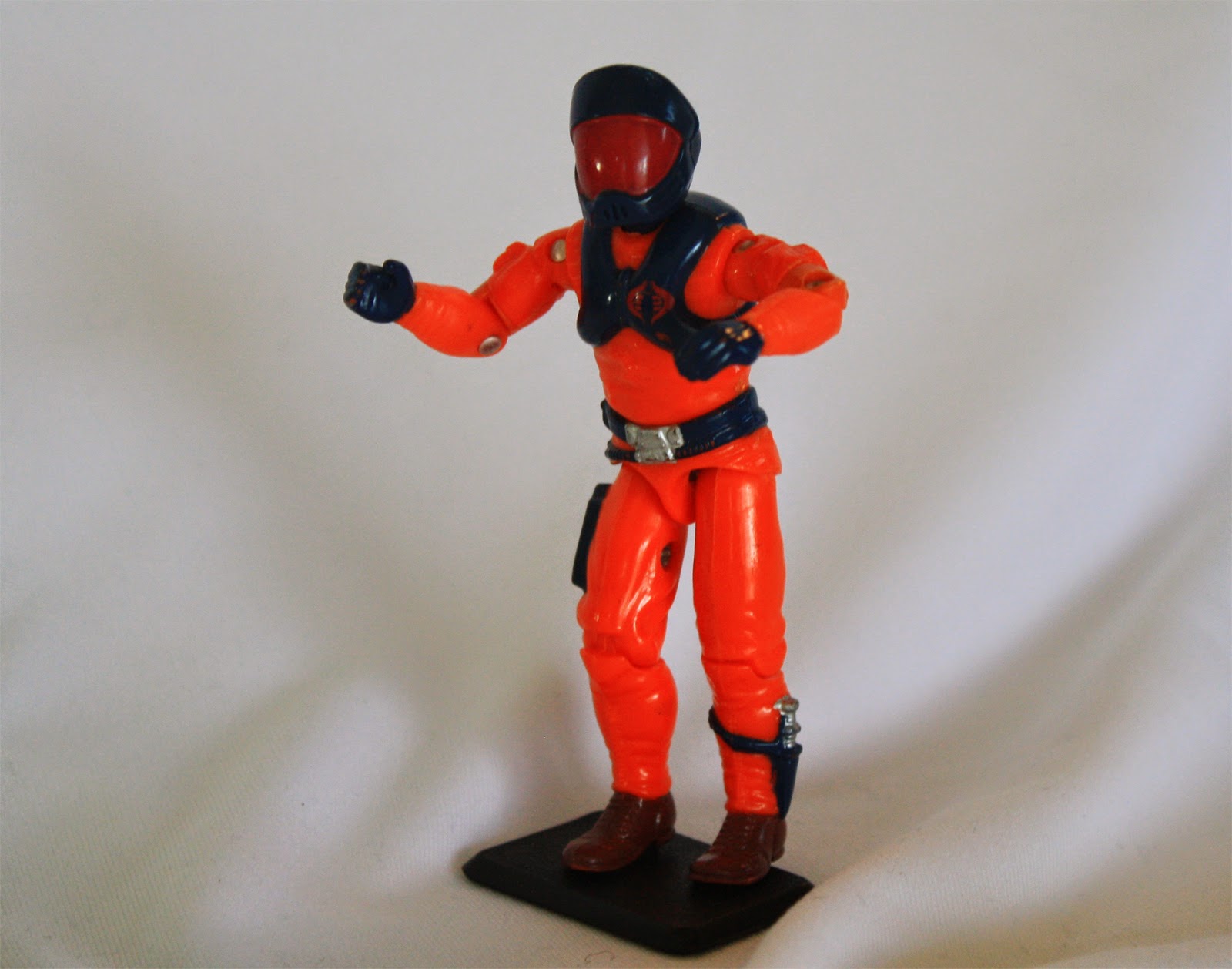 17. Lamprey (1990)
Cool card art, and even though he came with a very random selection of weapons, they were at least colored black. Good sculpt, but colors are a bit strange. 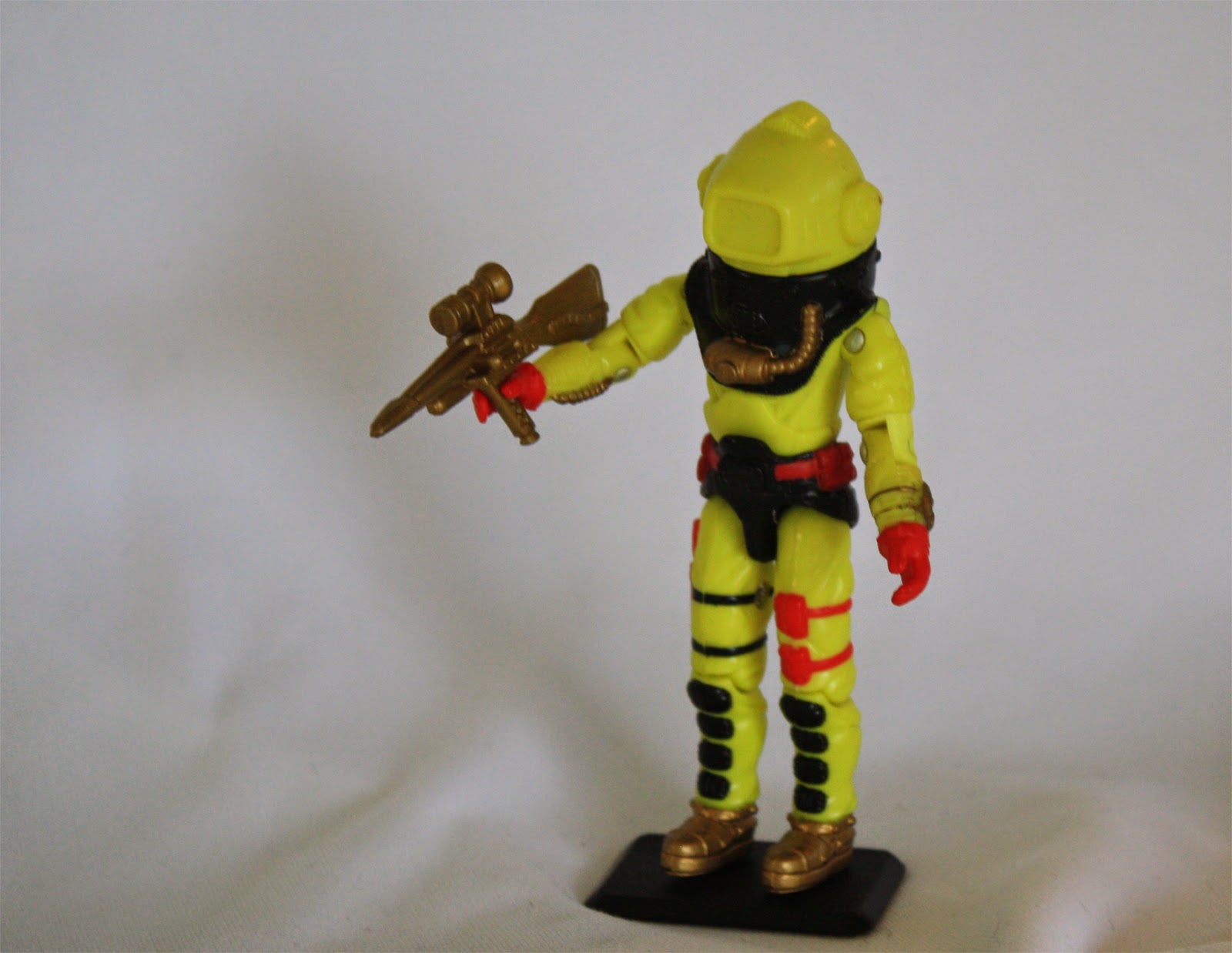 16. Deep Six (1993)
This guy was a mail in, and I have a soft spot for Deep Six. That's the main reason he's here, but also because he's just deliciously retro. Practical colors when diving? Maybe not. But who cares. 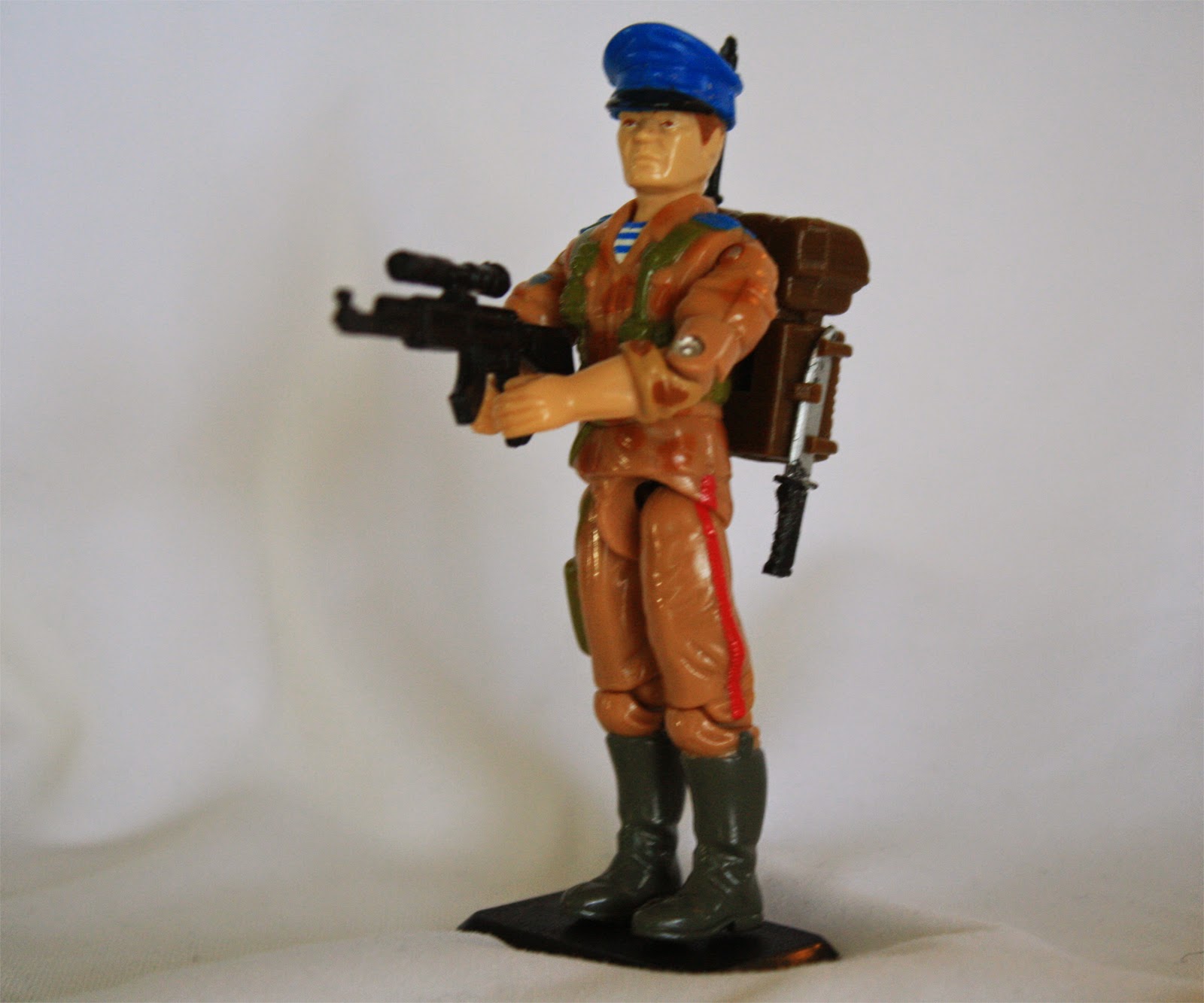 15. Red Star (1991)
This guy fits perfectly into the October Guard, and it's great to have some variation, and not just Joes and Cobra. Figure has some cool accessories, including a removable hat. Who doesn't love that? 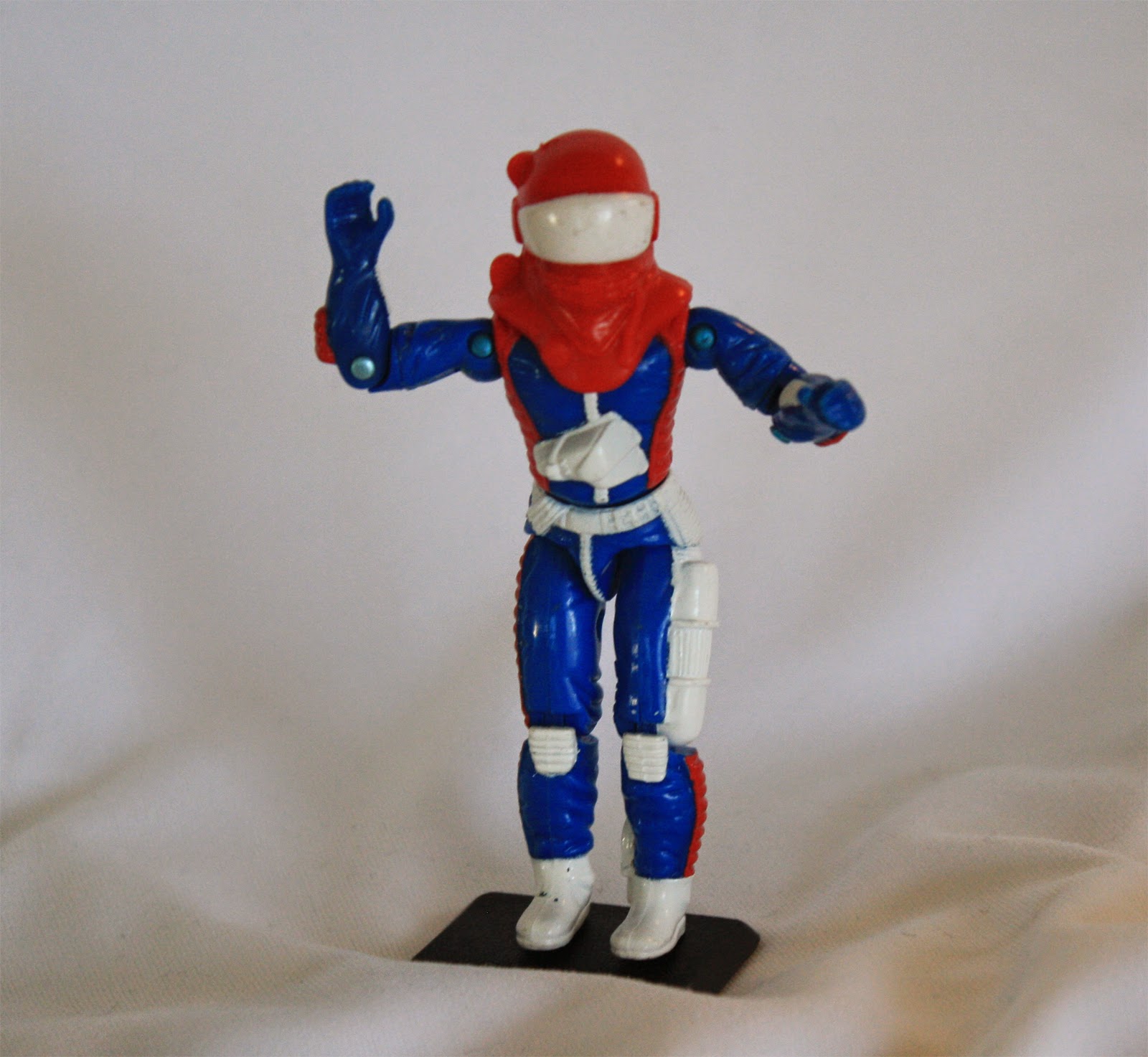 14. Countdown (1993)
For some reason, I think about pills when I see this guy. One of the best figures from 1993, all though that's not a big accomplishment. Nice colors on the figure, but his bright yellow weapons makes him look like a clown. 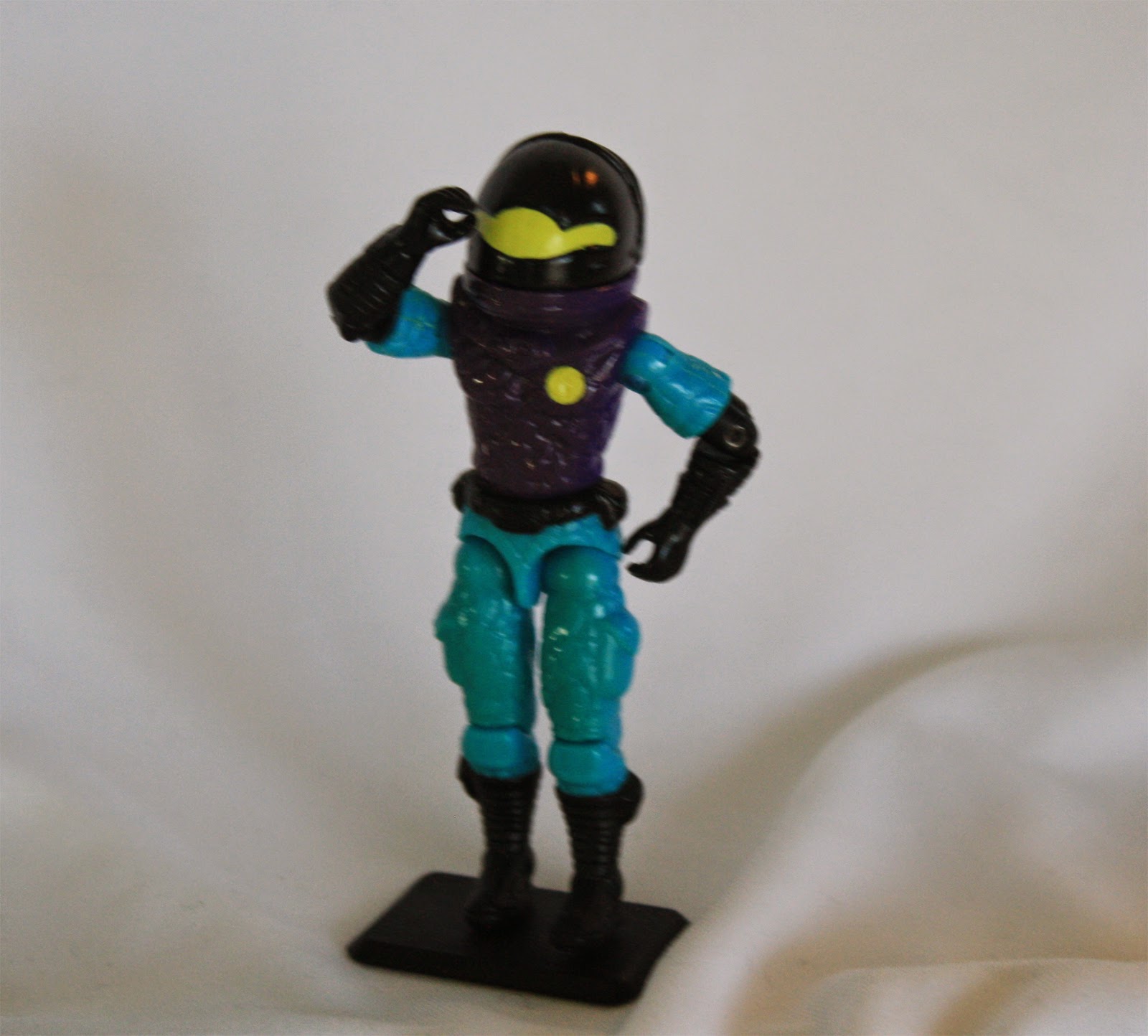 13. Cobra Commander (1994)
Last Cobra Commander figure in the main toy line, and well... What a way to go? The figure isn't particularly great, but his helmet is enormous, and you know what they say about bad guys: The bigger the helmet... The eviler the villain. Or something. Also, accessories, suction cups attached to a wheel. Because that screams space. 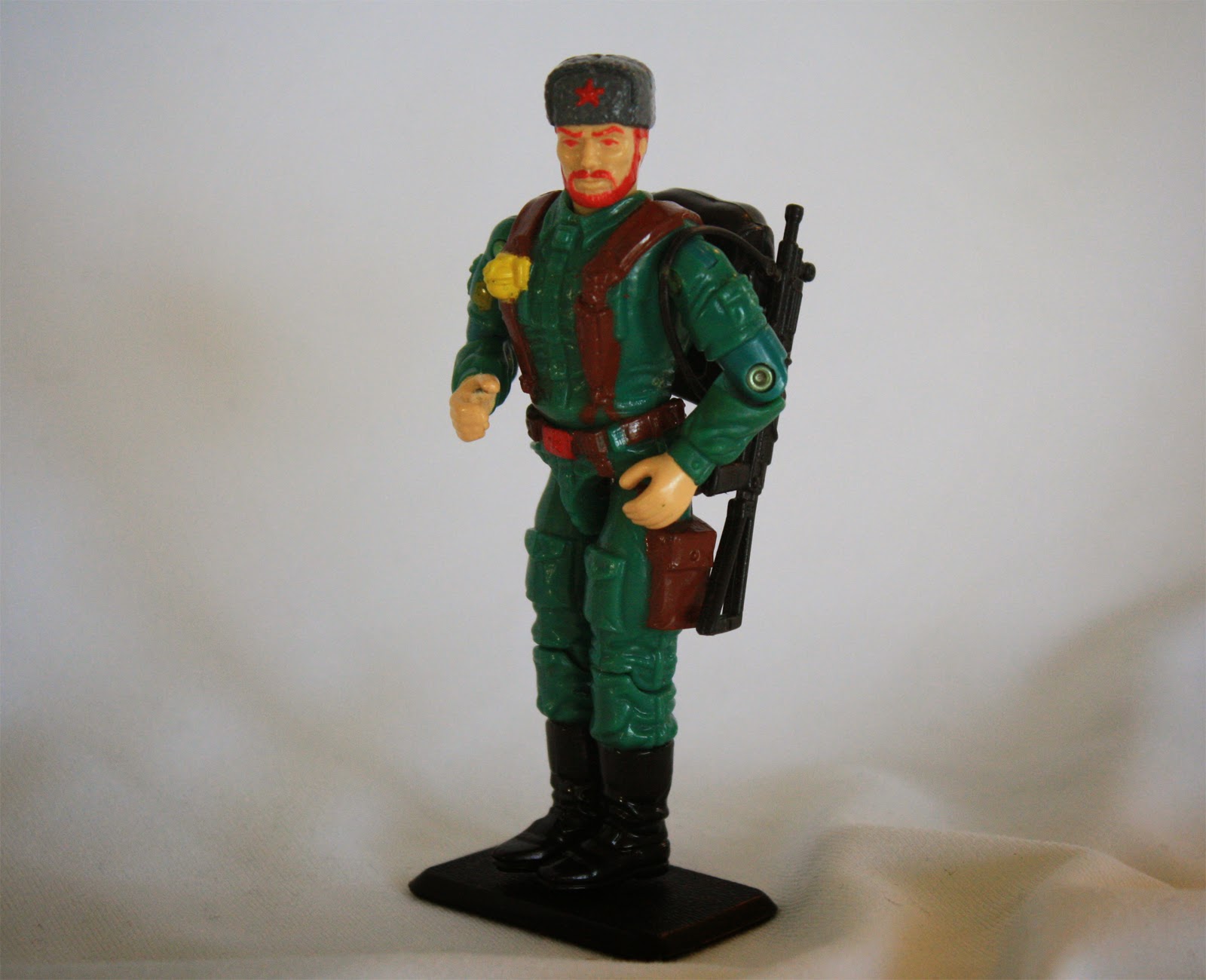 12. Big Bear (1991)
This guy just looks like a military guy. His gun is great, and his uniform is both great sculpted and realistic looking. More Russian characters is good for the toy line. 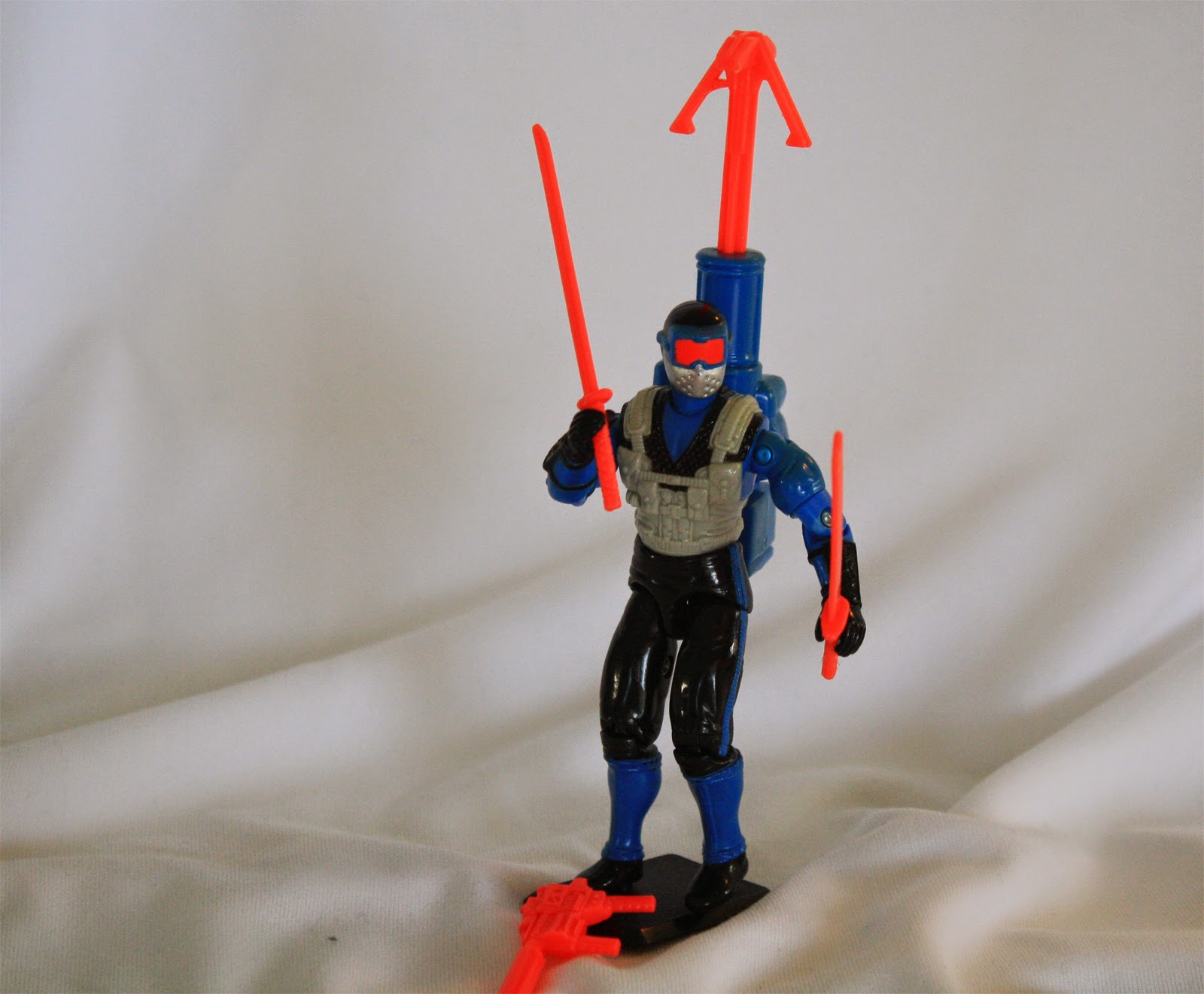 11. Snake Eyes (1991)
The "rave edition". Look at those glow sticks! The figure would have been #1 had it not been for spring loaded crap and orange weapons. His costume is awesome, and looks like something Snake Eyes would wear. You can totally see it's him, even if you only knew about his previous costumes in advance. 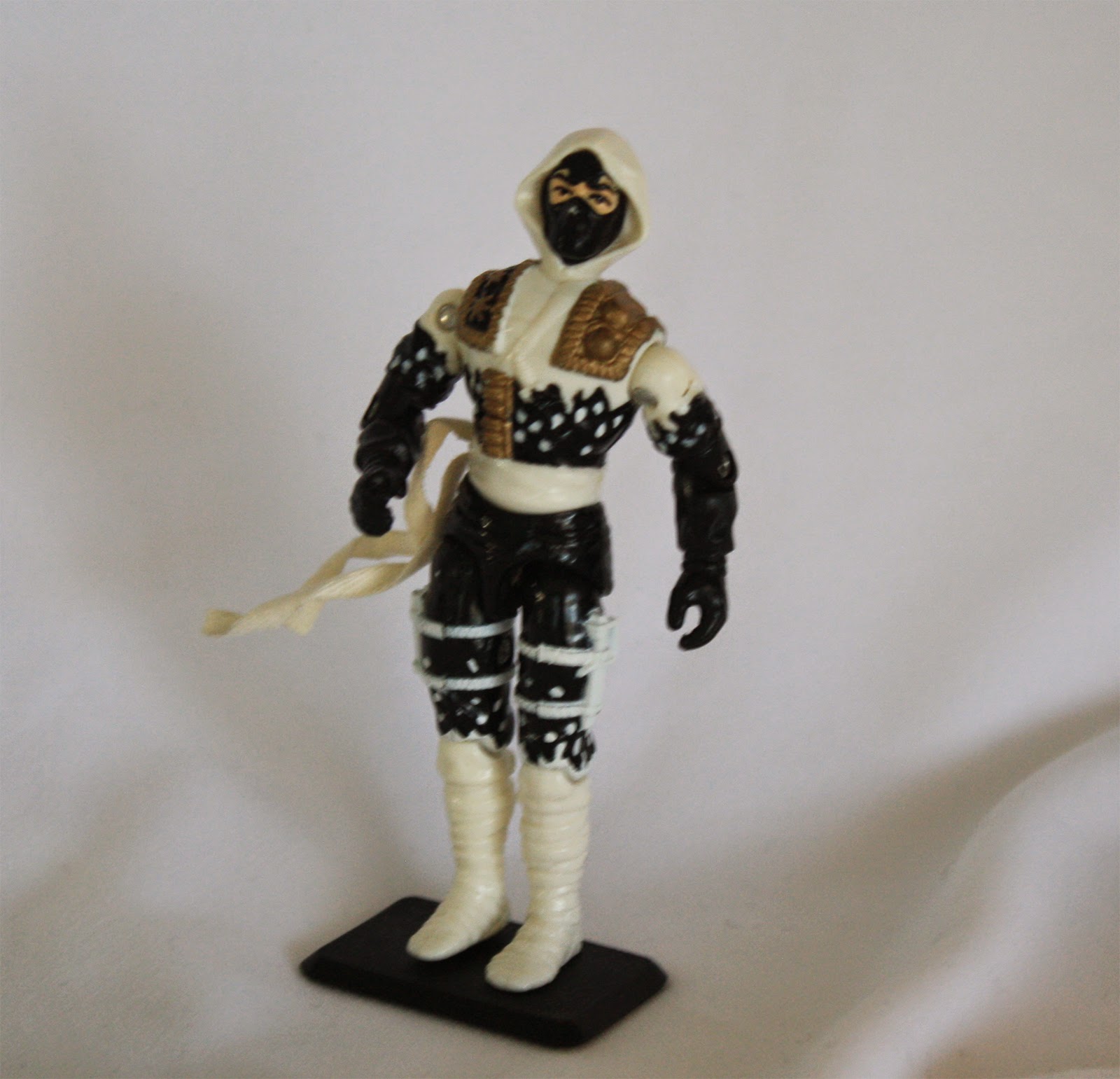 10. Storm Shadow (1991)
From the Ninja Force line, this is the third version of the white ninja, and once again it's just perfectly "ninja". His cloth belt is a nice detail. His movement is hindered by the action features Hasbro for some weird reason felt belonged in this toy line. 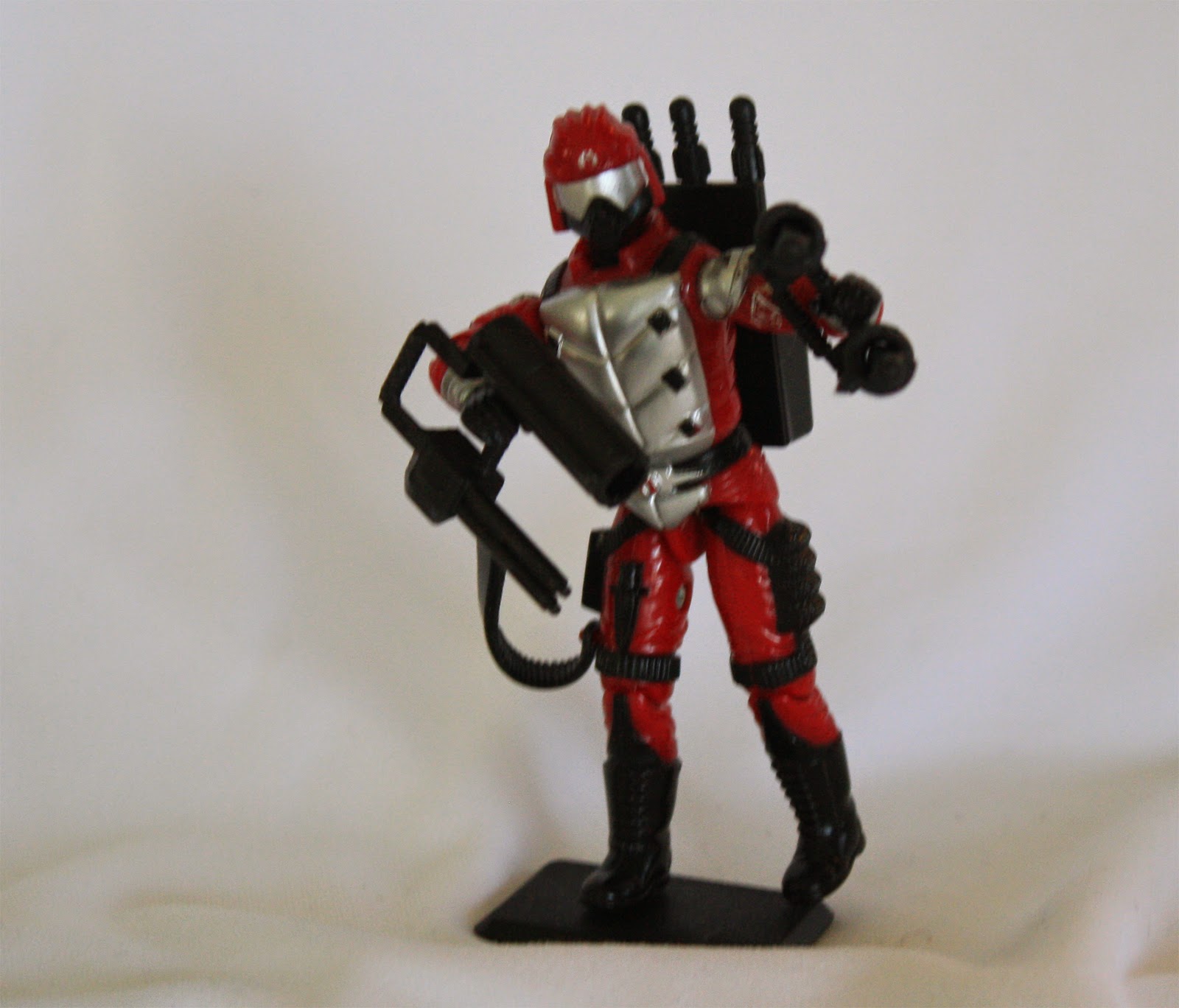 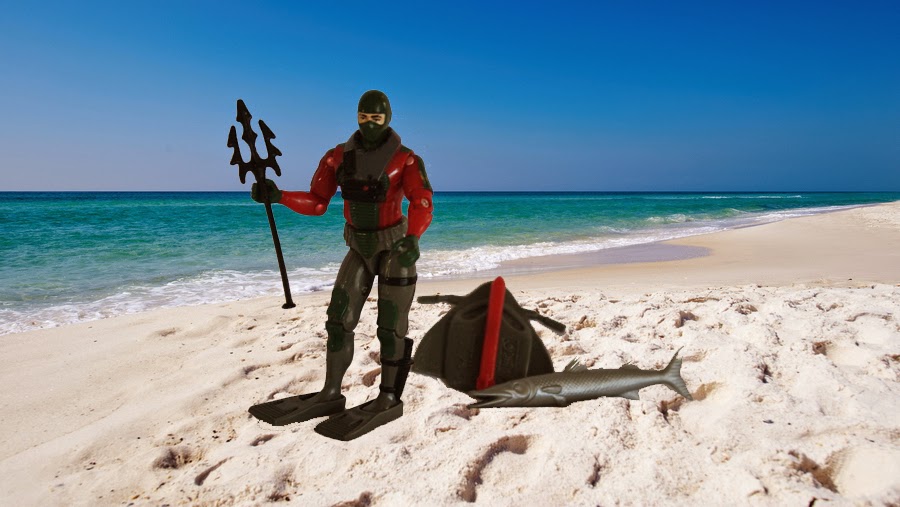 8. Undertow (1990)
This is how the 90s version of Eels should have looked like. Jon's toy has lost his mask, but that doesn't make him less cool I think. Comes with a barracuda pet, and that's kinda bad ass. 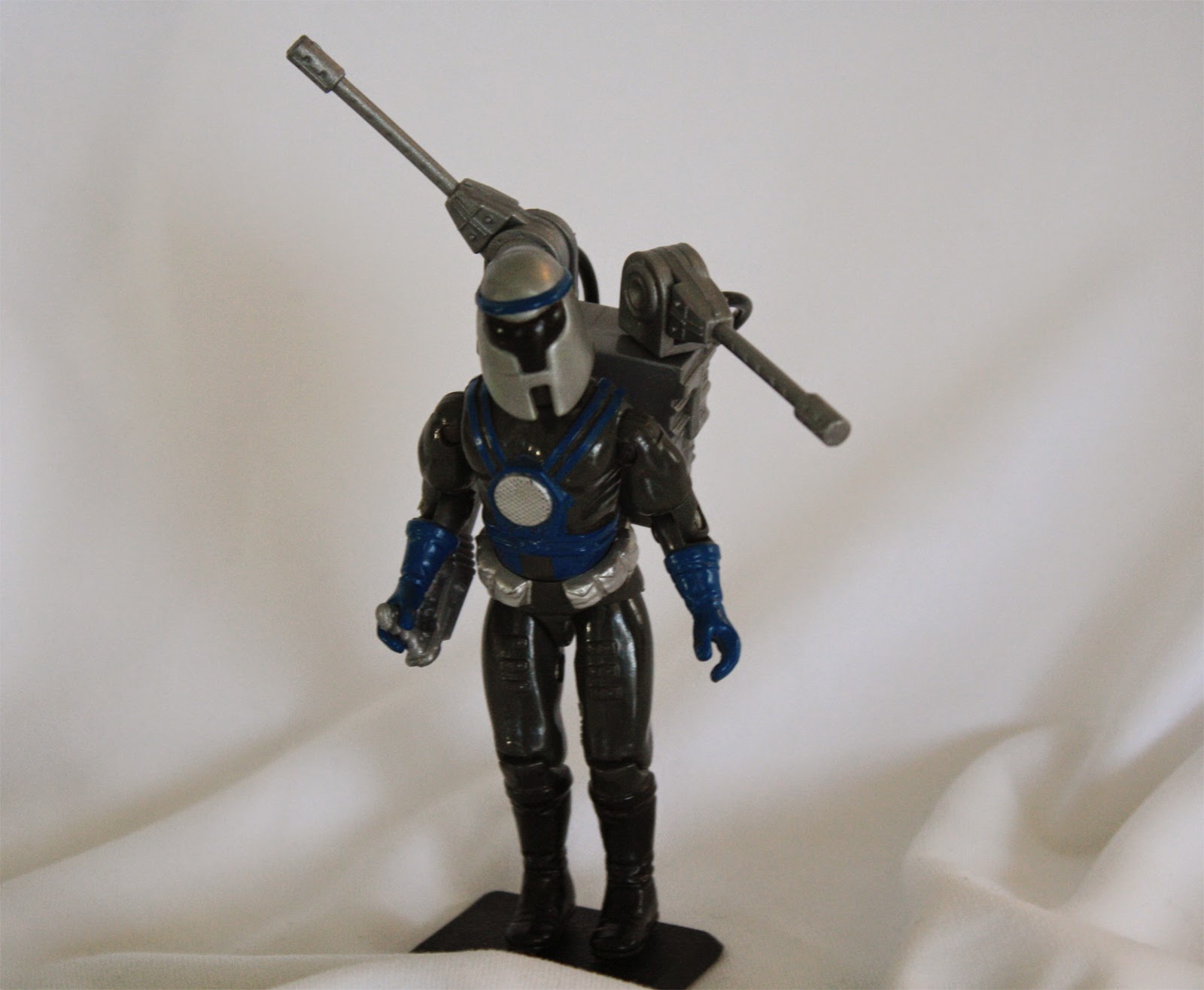 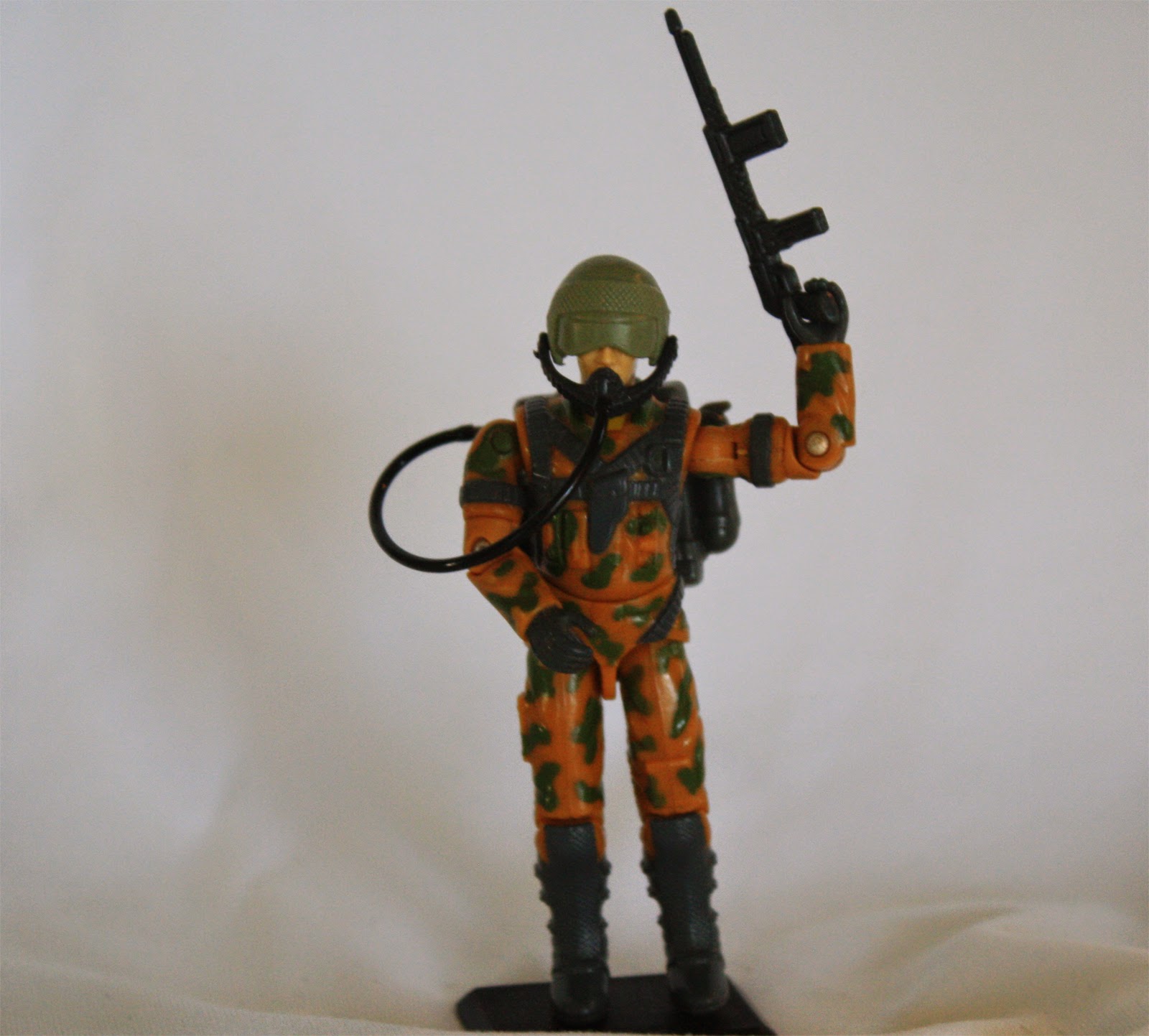 6. Freefall (1990)
His helmet is removable, and very cool. The rest of his stuff is also great. Maybe one of the best parajumpers in the line, and that's no mean feat, as the entire wave of Sky Patrol figures were all strong. 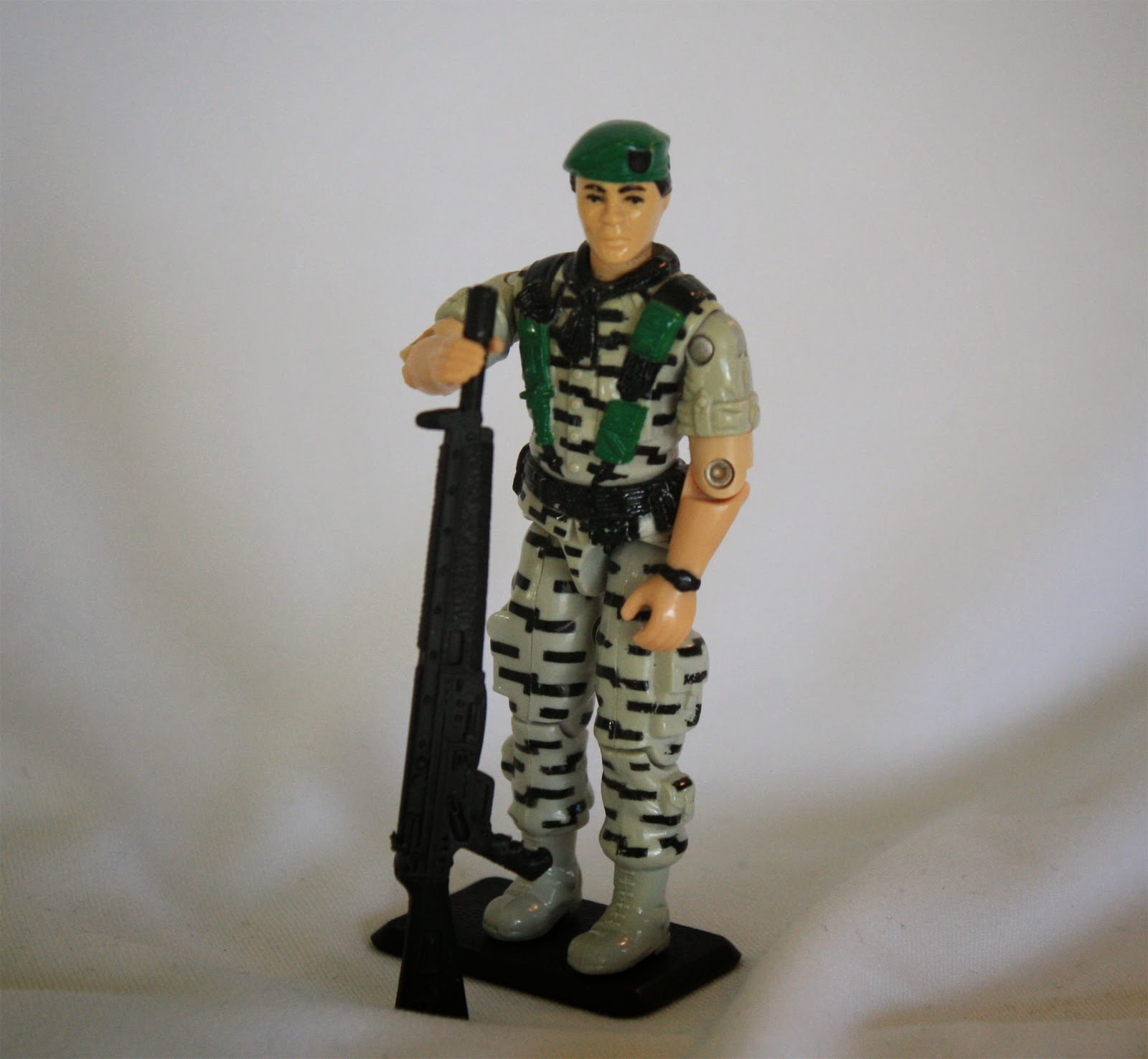 5. Lt. Falcon (1991)
Identical to the original, except his forest camo is replaced with city camouflage. All over great color combinations, and of course a fantastic sculpt. His gun is a bit silly, and he should have come with his trademark shotgun. 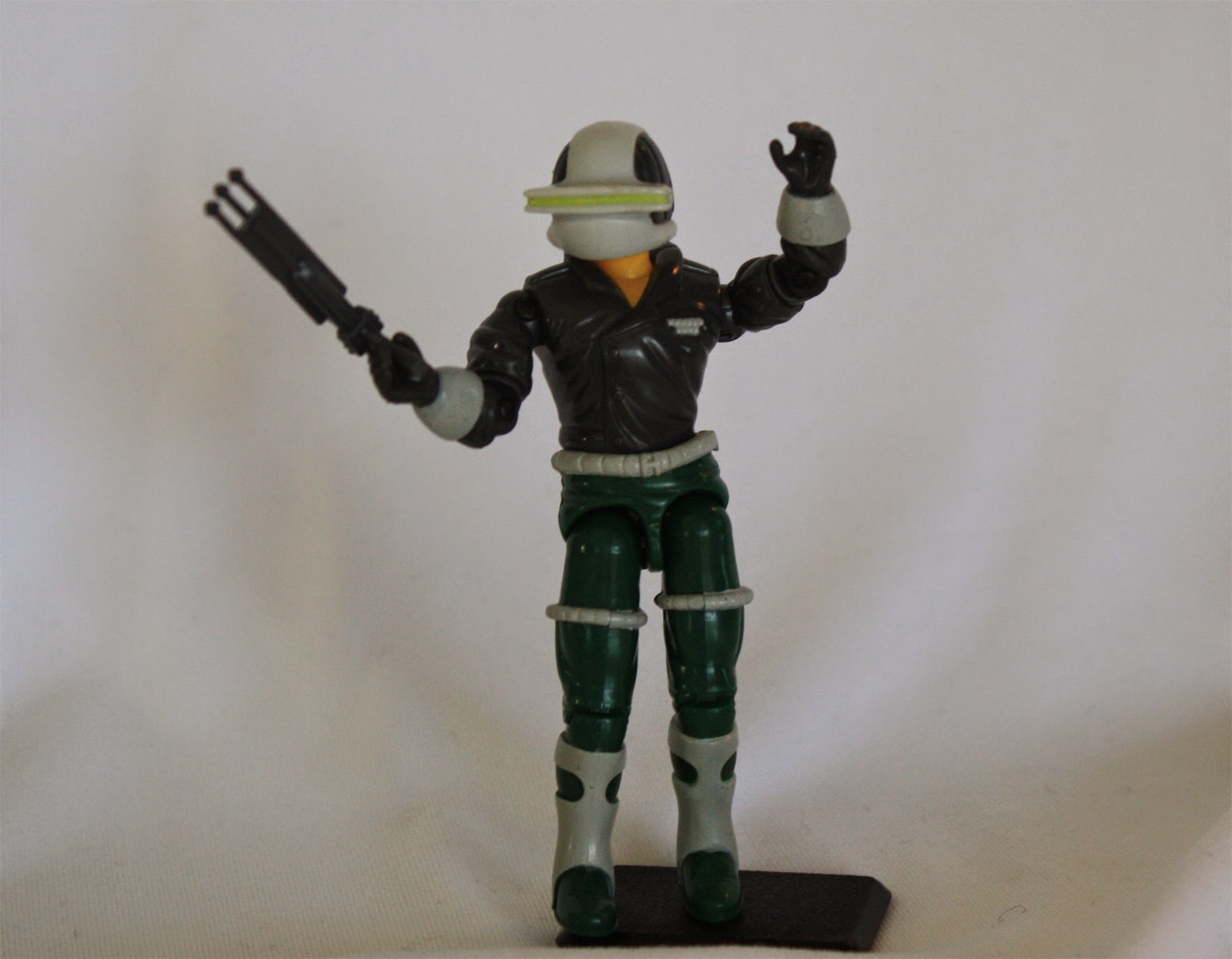 4. Decimator (1990)
The pilot of the massive Hammerhead, if you display him with or without his helmet, he looks great either way. Comes with a cool harpoon, and a giant submersible tank. 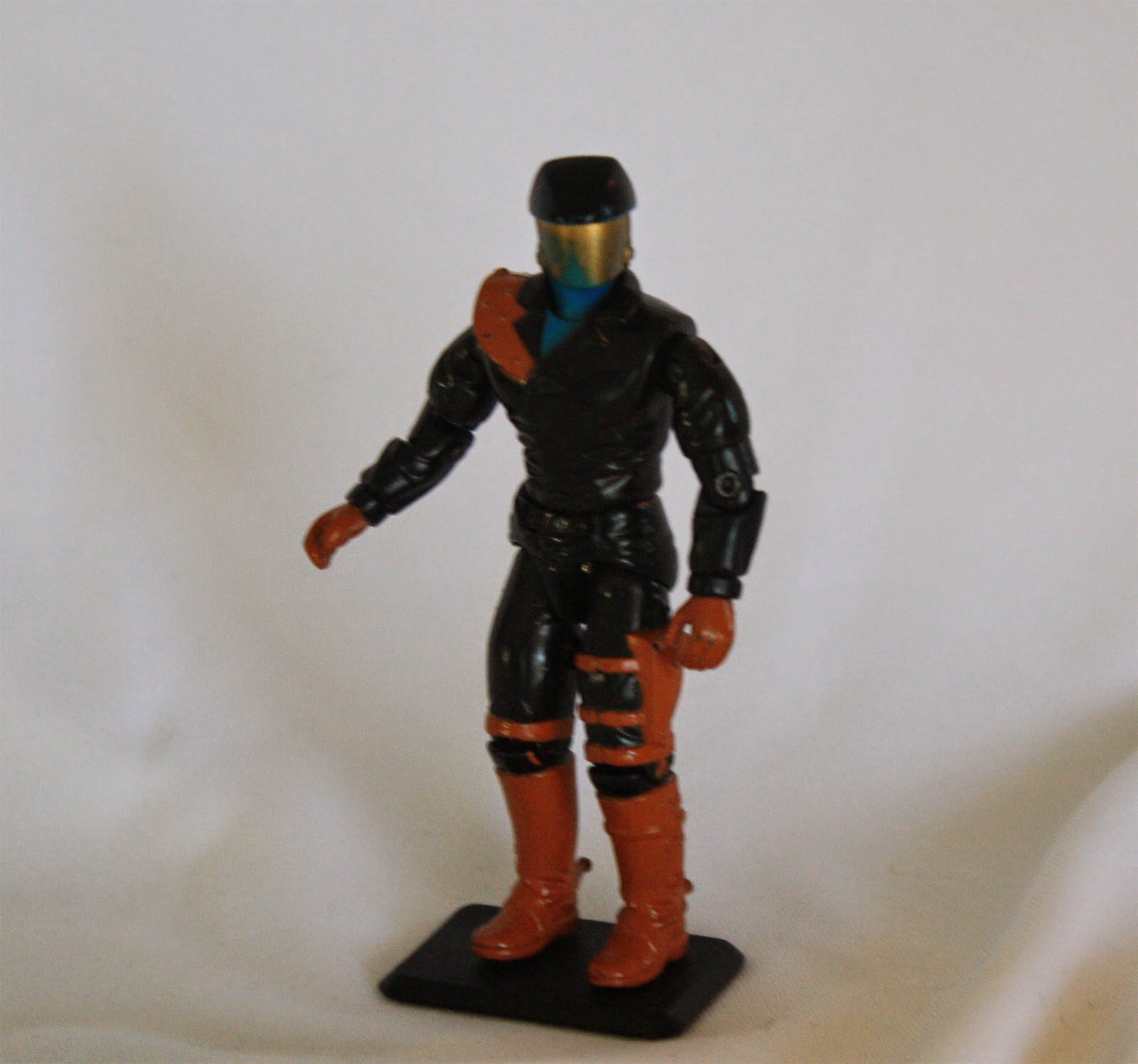 3. Headhunter (1992)
Sadly, this guy has some play wear, but what a cool figure. Came with incredibly cool weapons. They could have colored his leather parts baby blue or neon orange. But they didn't! They look like leather. Maybe the coolest guy in the entire team, including the Stormtroopers and Headman himself. 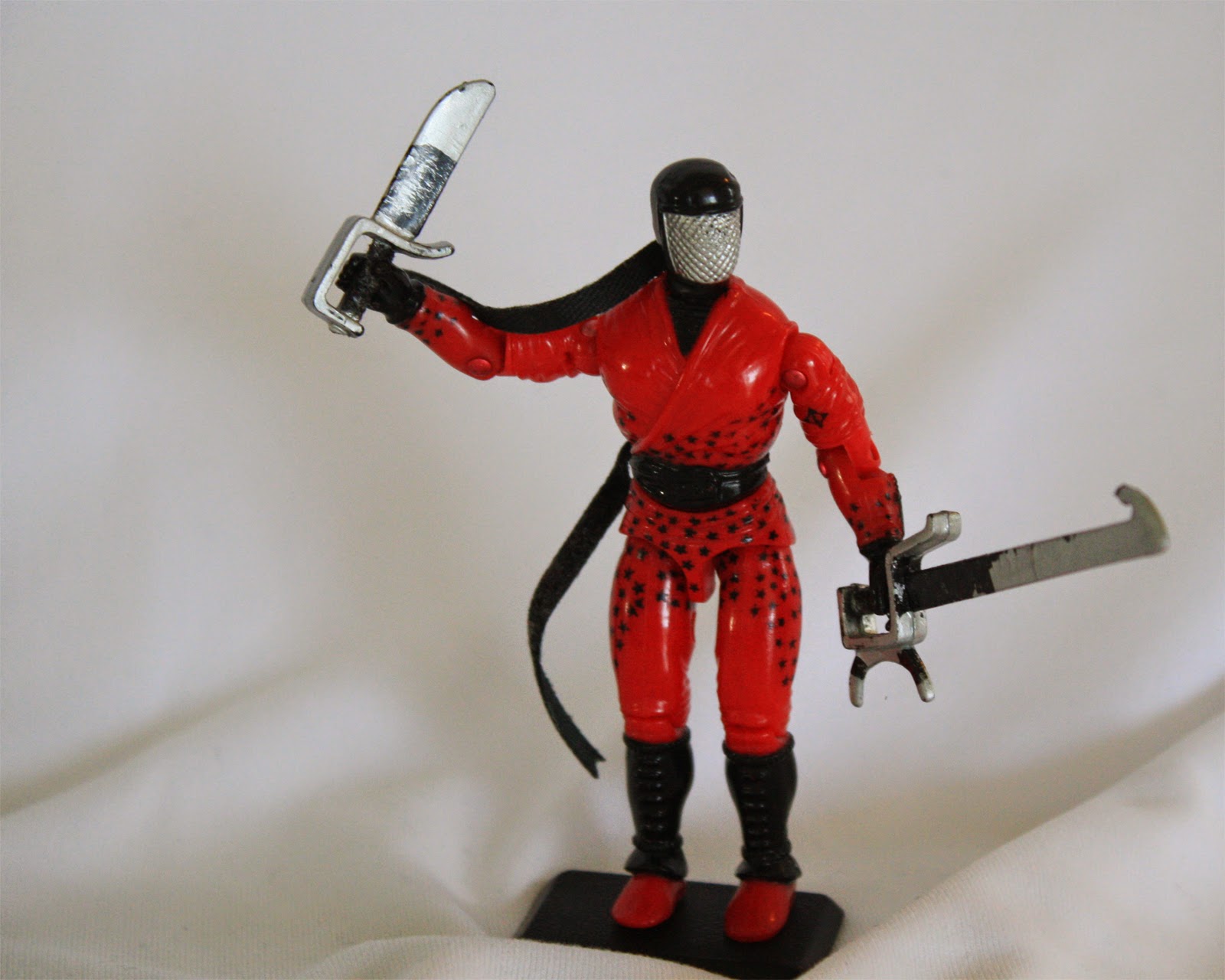 2. Slice (1991)
Slice came with two great blades, and is easily the coolest among the Ninja Force figures. It's always great to see a ninja who actually looks like a ninja. 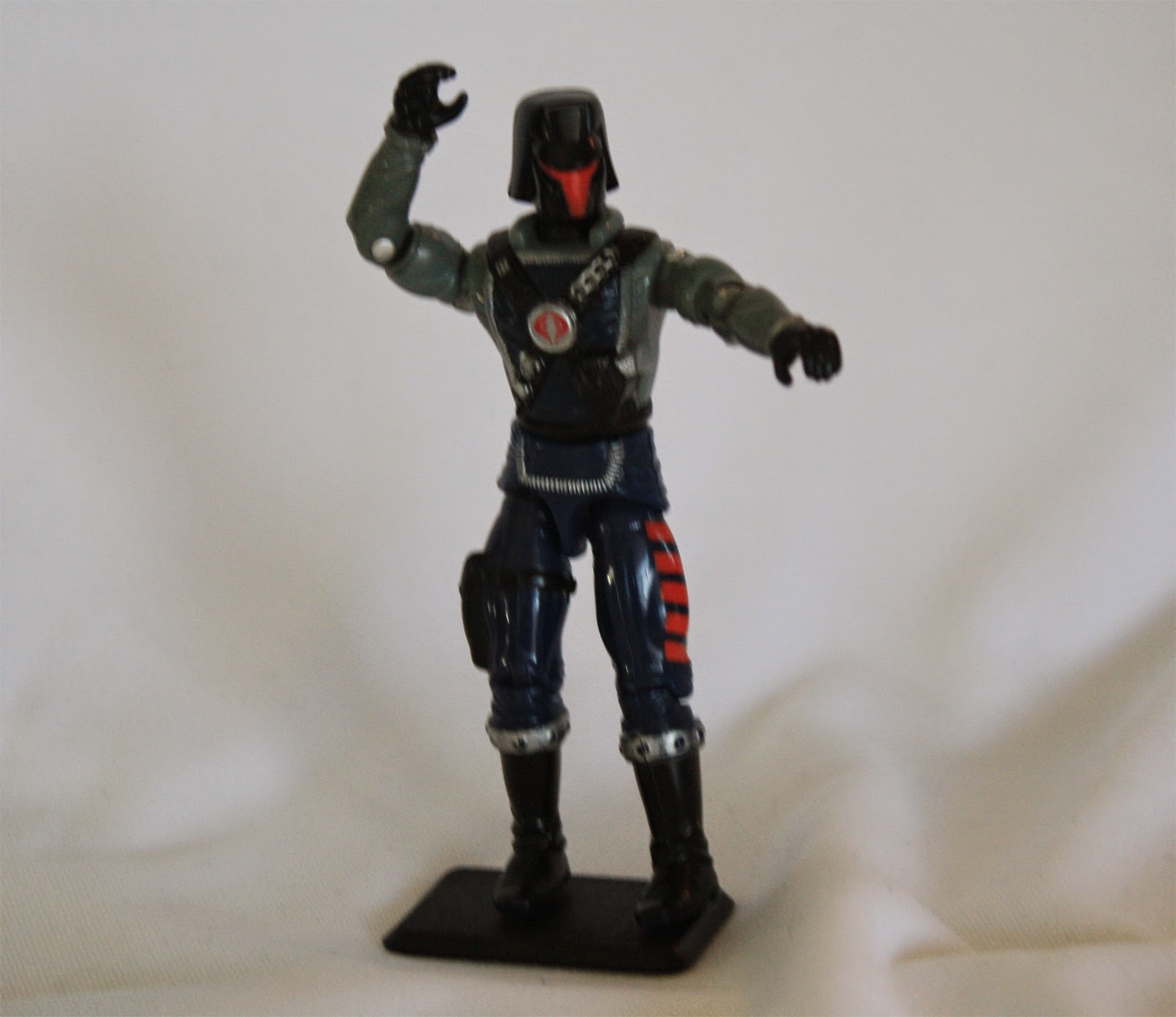