What am I waiting for? Well, a good opportunity, maybe? A designated space to put them? The complete line in hand? 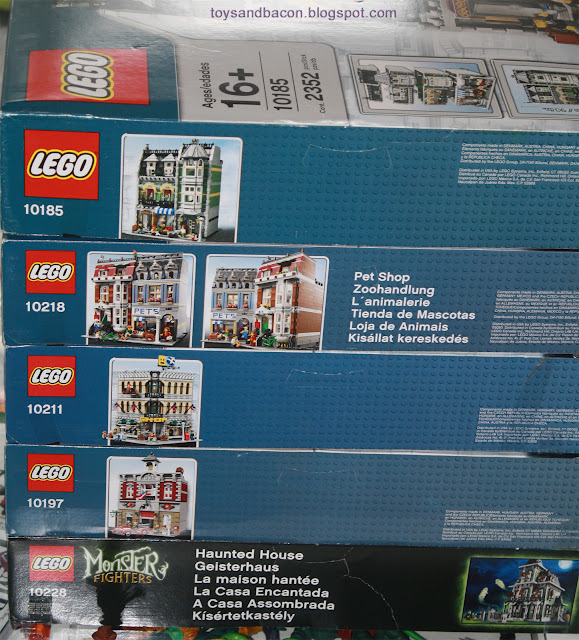 I didn't pick up the 10232 Palace Cinema in New York, because the price from my regional Lego.com isn't that much different to the $169 they wanted for it in the Rockefeller Plaza Lego store. I plan on making the jump in the near future, because Palace Cinema looks incredible! Maybe will I even go for the massive 10224 Town Hall. But it's a bit lame to pick up yet another modular, let alone two, without really having any plan for the ones I already own. 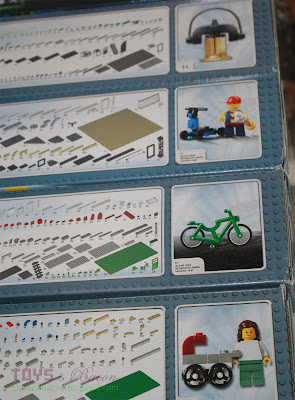 Speaking of prices. I gave $150 for the 10185 Green Grocer a couple of years ago. Last weekend, I checked a local comic store that also sells some rare sets. They wanted $1000 for an unopened 10185. I'm not kidding. Obviously, it's not a realistic price, but there are few of them on ebay, and it will definitely just increase in price. Makes me wish I stocked up some more 10185.

I doubt 10211 Grand Emporium, 10197 Fire Brigade or 10218 Pet Shop will reach the same notoriety, because they're still sitting around on Lego's online store. Of course neither of the sets I own will ever be as valuable as the first two Lego made: 10182 Cafe Corner and 10190 Market street.
Neither will I make an effort to get them. Too expensive, and honestly, not good enough. The lack of interior in the first two make them just less appealing.

Finally, the 10228 Haunted House isn't actually part of the modular line, but it's still very similar. The modular buildings will attach to each other, but this is not the fact with the Haunted House. I have heard people complaining that it's a bit too different, and that it doesn't fit next to the others. But isn't that the whole idea with a house like this? It's supposed to lie in the outskirts of town, and be just that: very different to the rest. I can't wait to build this one, at least. 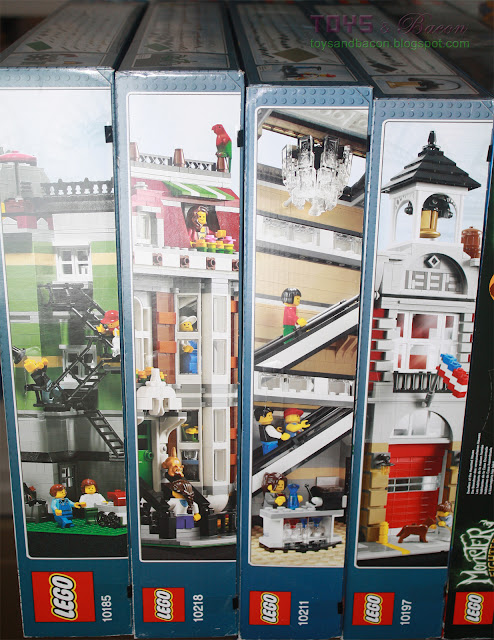 Suggestions are welcome. Do I just start building them with the first opportunity possible, or do I wait until they're worth too much to open at all?
Posted by Jon at 10:10 AM

Start with the Grand Emporium. It is awesome. I haven't built with Legos for a long time, but my daughter got into the Lego Friends.

Last year, during a particular stressful time at work, I asked my wife for the Grand Emporium for Father's Day. It is a great stress reliever.

Since then, I've put together the Town Hall, Pet Shop, and new Cinema plaza. Once you get started, you can't stop.

I also created a Lego Friends, zombie apocalypse in the city diorama.