Collecting toys can be expensive, or more affordable, depending what you actually collect, and how you vision your collecting. Of course, constantly going for boxed, vintage toys, you can imagine it quickly becomes expensive. But at the other end, you may just pick up huge lots of loose, opened figures, and go for quantity over toys in mint condition.

It almost the same if you're into contemporary general-release action figures, you usually don't have to ruin your wallet. Usually.

Let us say that you're into superheroes, and have $200 to use on toys. Among your options is to go for a nice double-digit amount of Marvel Legends. You'll get several, durable toys of good quality.
But should you be interested in the high-end superhero toys, you more or less have to consider the Hot Toys action figures. They are roughly $200 for a single figure. Worth it? Many think so because gorgeous face sculpts, a size that demands attention, and and extreme details on their costume. Oh, and they're also as articulated as any action figure.

I tend to chose quantity, as I have far too many interests to be able to spend $200 on a single figure. From time to time, I regret the decision of not picking up Black Widow, Thor and the other Avengers, because these are the best looking toys I have seen, and isn't that the whole idea of collecting? To actually appreciate the designs and quality of the toys?

Like I said, I tend to choose quantity, and  go for several different toys from several different toy lines, I fluctuate almost daily between preferring modern and vintage toys. Sometimes I wish I were more focused in my collecting, but that thought quickly passes when I spot something new, cool.
All this is besides the point really, as I was planning to talk a bit about the robot counterparts of Hot Toys.

I have mentioned the Masterpiece Transformers series, and I even own a couple of MP Transformers: Skywarp, Thundercracker, Optimus Prime. They cost at least five times that of a regular release Transformer, but are of course also more impressive in size and details. They tend to be a bit tricky to transform, but I guess that's a positive thing when it comes to the Transformers.

Another toy line, similar to Masterpiece Transformers, is Soul of Chogokin. SoC is a toy line from Bandai that focuses on making robots from old anime shows. These robots have usually all had toys already, but with SoC, Bandai goes all out - sort of like what Hot Toys does. And they're absolutely gorgeous. Lots of metal parts, lots of intricate details, tons of play features, tons of added accessories. The display value for these toys are out of this world.

I have never managed to actually pull the trigger on these mighty toys, even though the combining mecha God Mars, from an early 80s anime has tempted me. As has the monumental Ideon, from the tragic ending show Space Runaway Ideon. These are expensive toys, but if you check out a few reviews online, you may understand why.

From a safe distance, I've let myself be impressed with Bandai's Soul of Chogokin releases, and one of their latest mechas has even made me laugh. This actually exists: 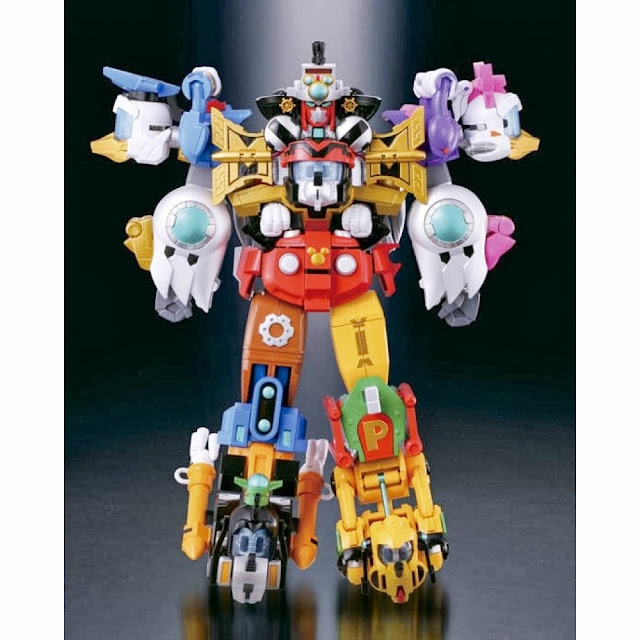 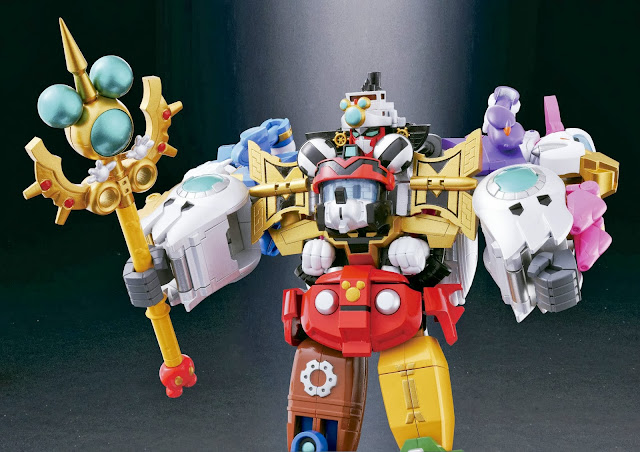 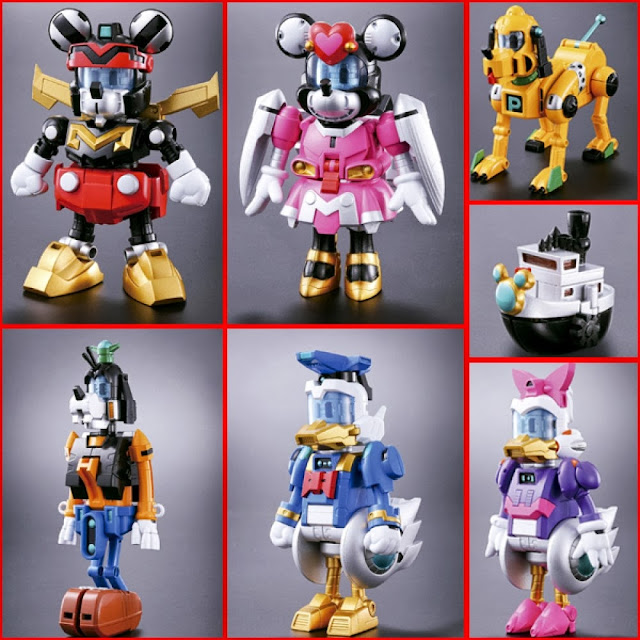 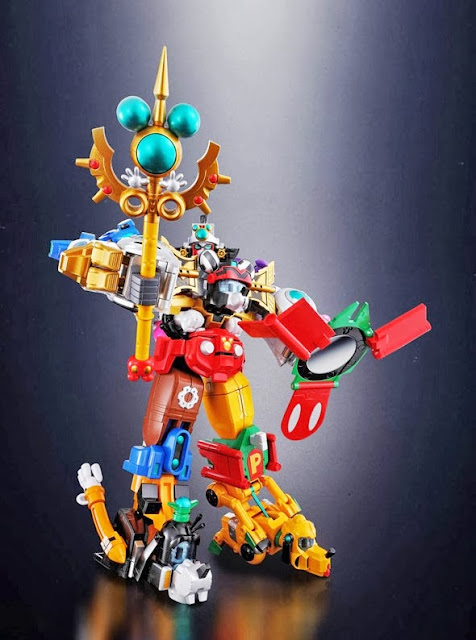 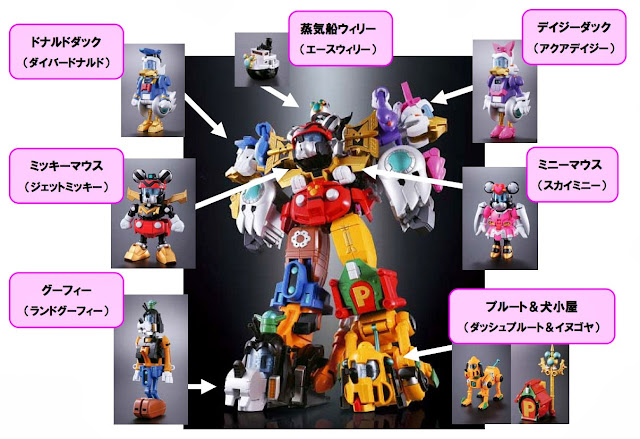 Will the Disney Mecha be my first Soul of Chogokin, should I rather pick up some Hot Toys superheroes, or should I simply stick to quantity over quality?
Posted by Jon at 6:22 AM

I can not think of ANYTHING I would pay that much money for. But then, I'm pretty much a cheapskate.

I have paid $200-400 for certian key pieces in my collection. But I agree, it's insane. And there's absolutely nothing wrong in sticking to a budget. I wish I had your discipline.