Wow.. 13 full series of this amazing toy line. And they're still not running out of ideas! 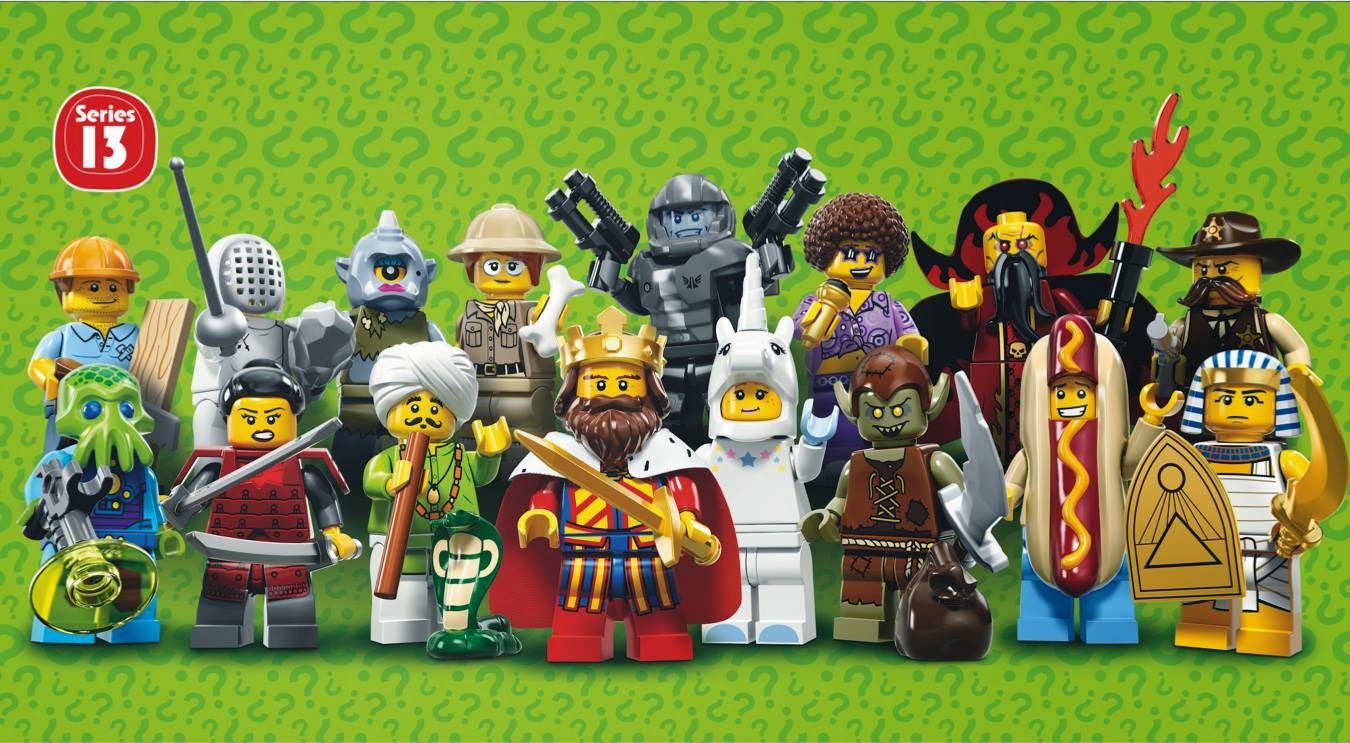 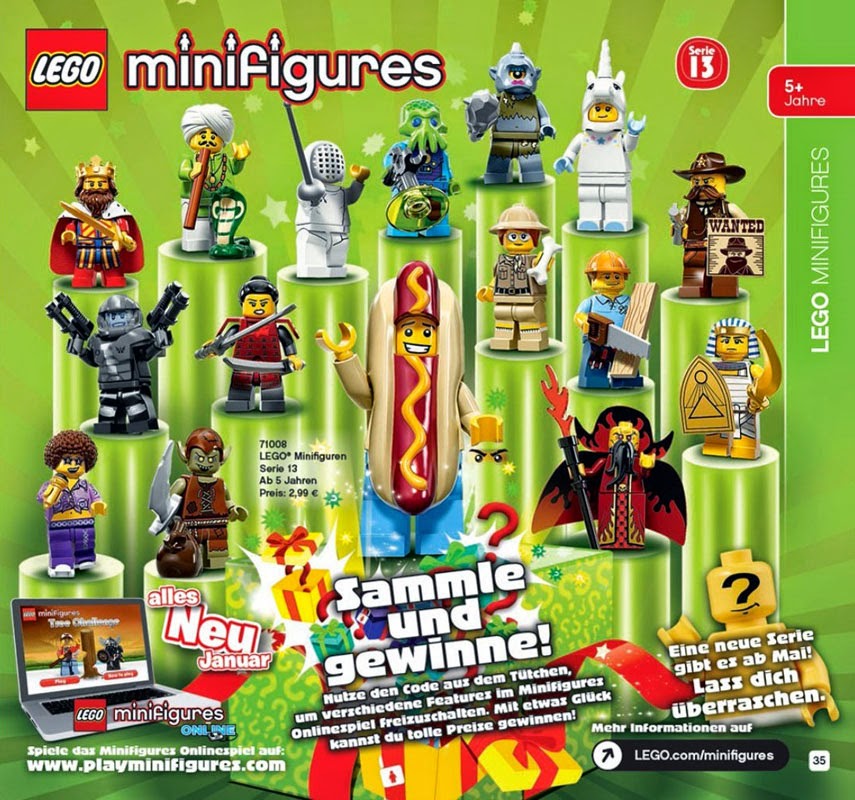 The first image is directly from Lego just now, and the second image resurfaced earlier November 26 We see the lineup of Series 13. It's obvious we have a few absolute hits here. The Hot Dog Dude is completely out of the ball park, and the carpenter, with a 2x4 is amazing. I also like the Egyptian warrior, the Evil wizard and the Unicorn costume. Fencer and Fakir are also nice.

But just stop with the female counterparts! Female cyclop, female disco enthusiast, female samurai, female explorer. Surely the designers of Lego can make female characters that isn't just "the other half" of a couple? It goes the other way as well, easily the most boring figure in Series 12 was the male lifeguard. We already have a lifeguard! Why not make the carpenter a woman instead? Or the fencer? Or something new?

Oh well. I guess I shouldn't rant. Truth is, the Hot Dog Dude makes up for the entire set.
Posted by Jon at 12:47 PM