Masters of the Universe Board Game... In Norwegian

Yes, so I got invited to a facebook group for people who collected G.I. Joe figures in Norway. I didn't know there were more than 2-3 of us, but it turns out there is.
Come to think of it, I'm not that surprised. G.I. Joe - or Action Force - was a big thing here, and it had to leave a lasting impression on more than just me and my friend, Runar. 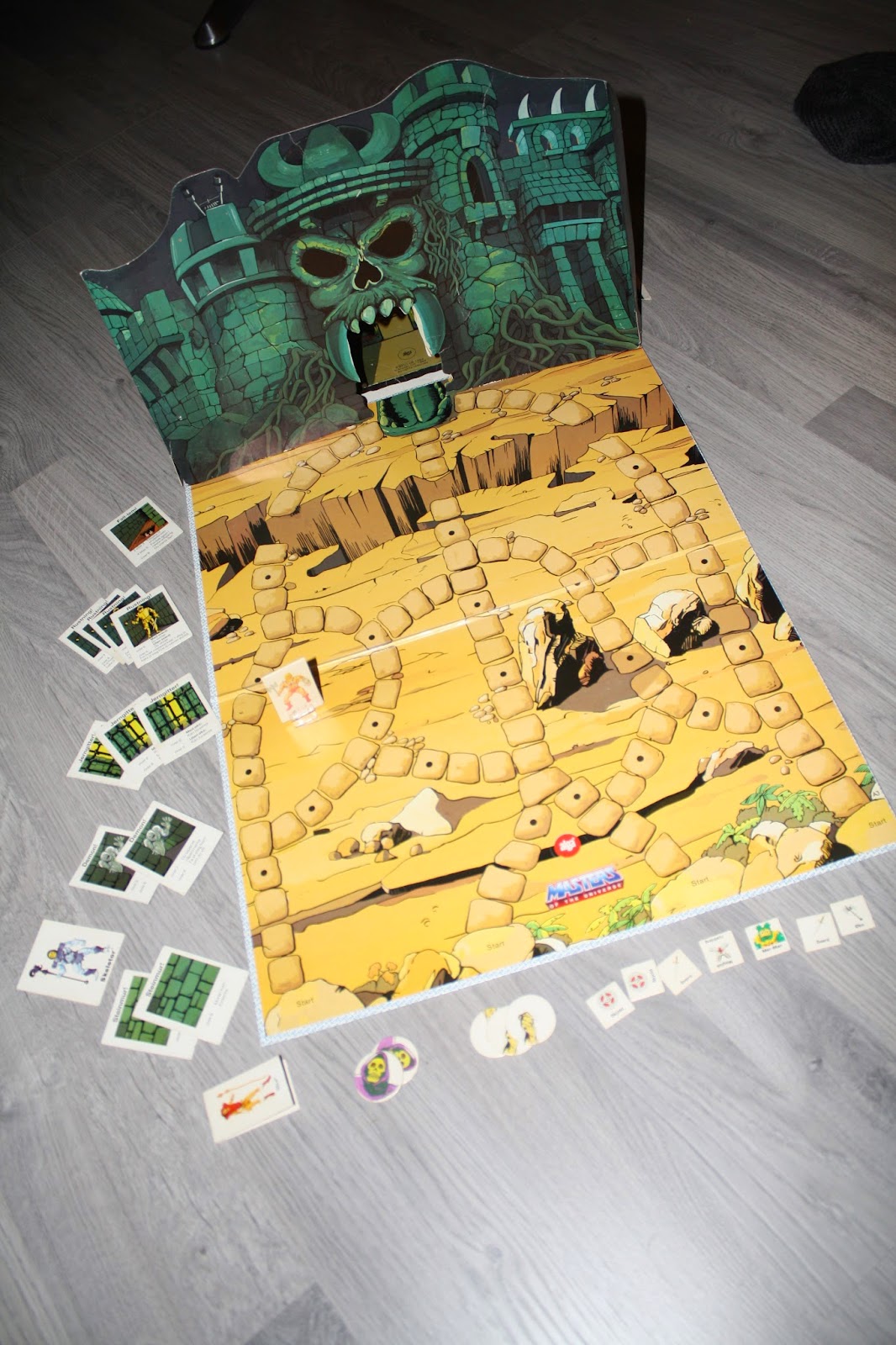 So, one of the guys contacted me and said he was collecting anything 80s, but preferably specified to Norwegian releases. He asked if I had anything cool lying around. I gave it a thought, and realized I actually had a very specific item he would appreciate. I had just been digging for treasures in the attic, and managed to find a vintage board game set to the Masters of the Universe universe. -_-

Anyway, it's not nearly complete, and it's missing box, lid and rules of play - in addition to several pieces. But the cardboard of the playing field looks to be intact, as does Castle Grayskull. The interior is made to be elevated an inch, and this function seems to still work. All though I didn't want to break anything, so I just left it lying flat on the floor.

You could play as the heroes, and I managed to find He-Man, Teela, Man-at-Arms and Stratos. When playing, you could end up literally stumbling onto villains, represented by square pieces, but of these I only found Mer-Man.

The more I look at this game, the more nostalgic I get. This was, for some reason, a big deal. It has obviously survived longer than my original collection of MOTUs.
I believe I could make some proxies for some of the missing pieces, and this could easily be a functional game. If my memories serve me well, it was far from the worst game I have played.
I have a vague sense of how we played this game, and regardless of its state, this has to be one of the coolest items I own.

Of course, the guy I was talking with wasn't particularly impressed, as he already had like five of these (among other seriously impressive treasures). But hey, we all have our thing, and that's great. 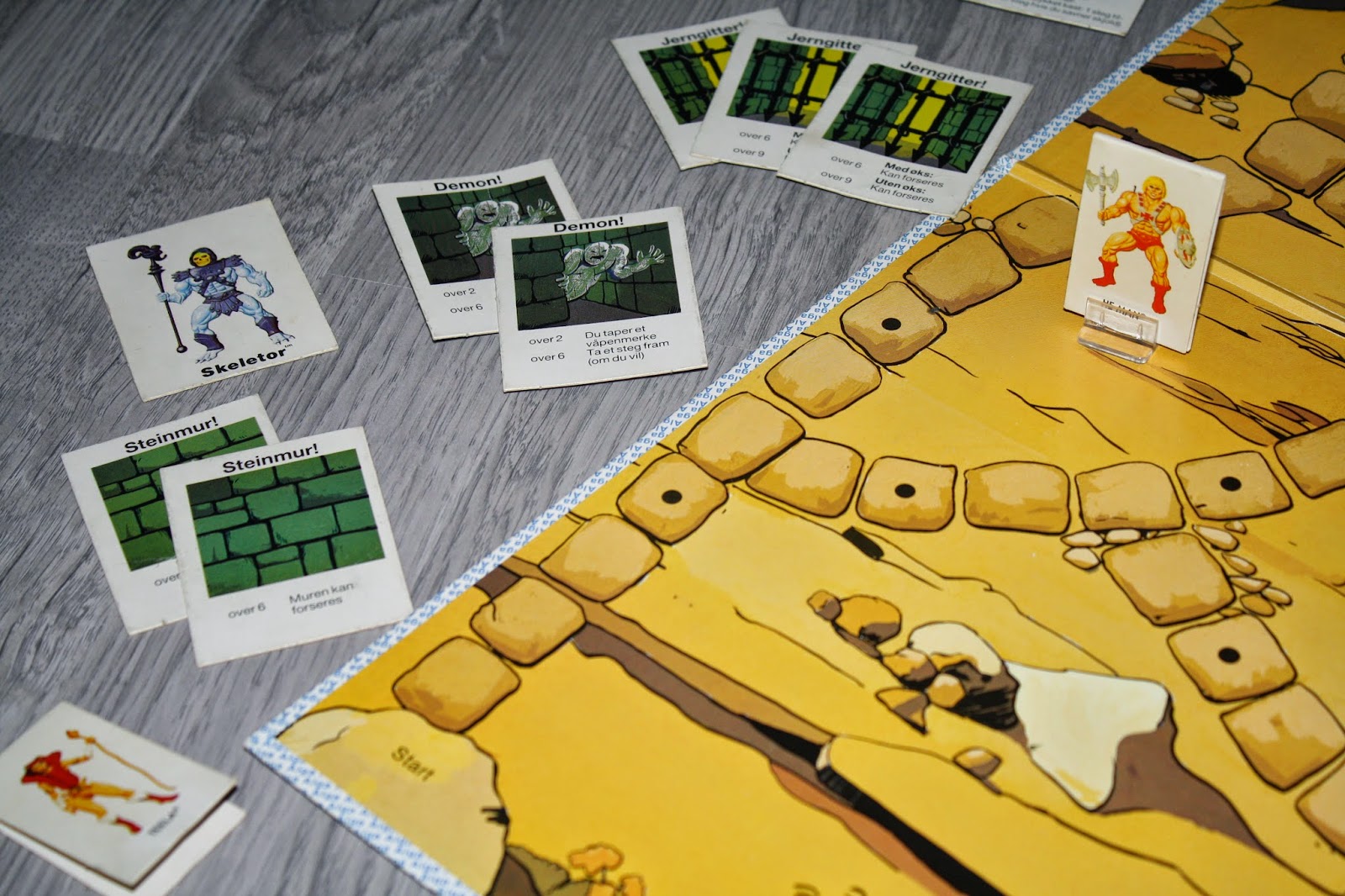 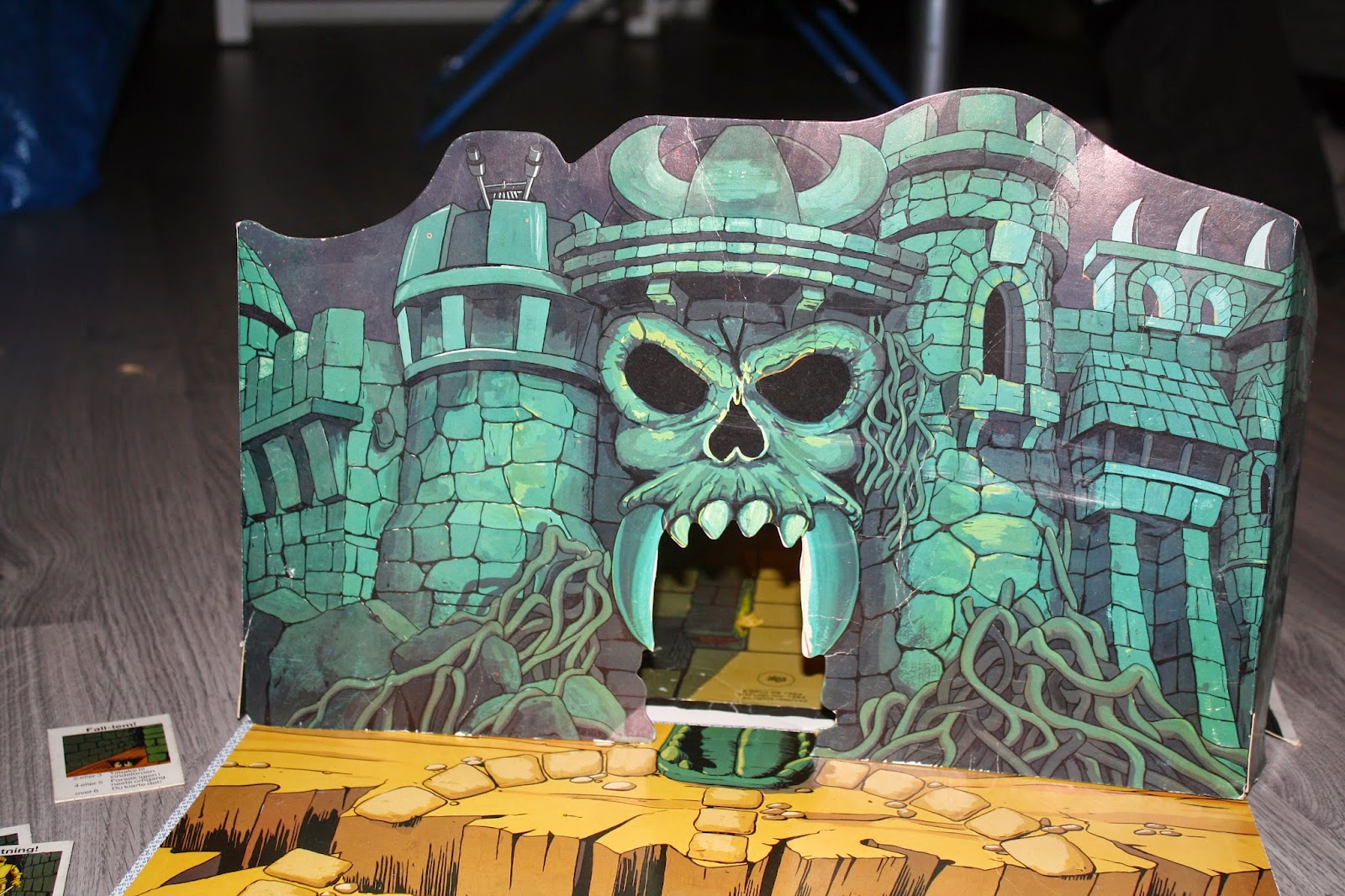 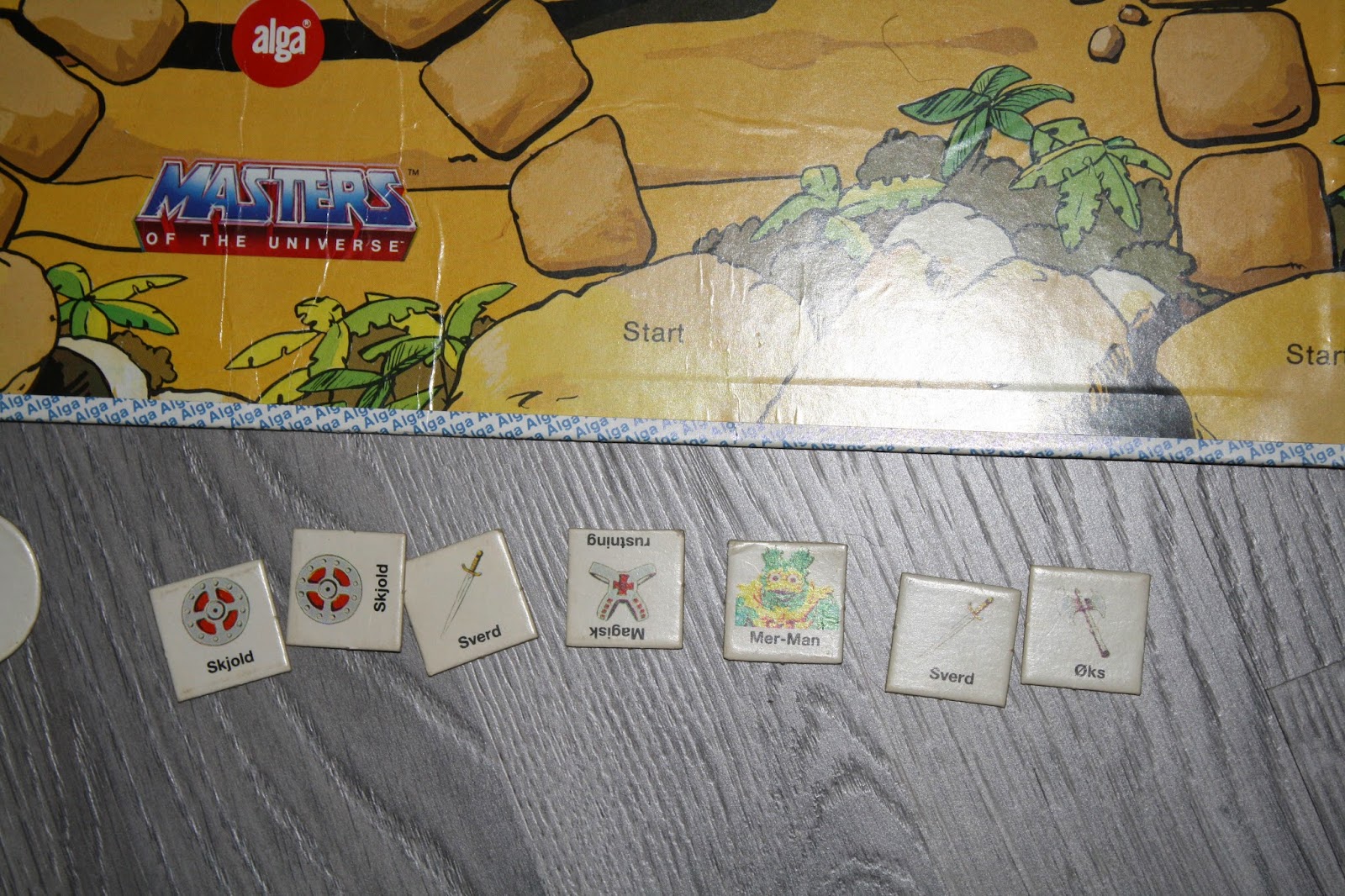 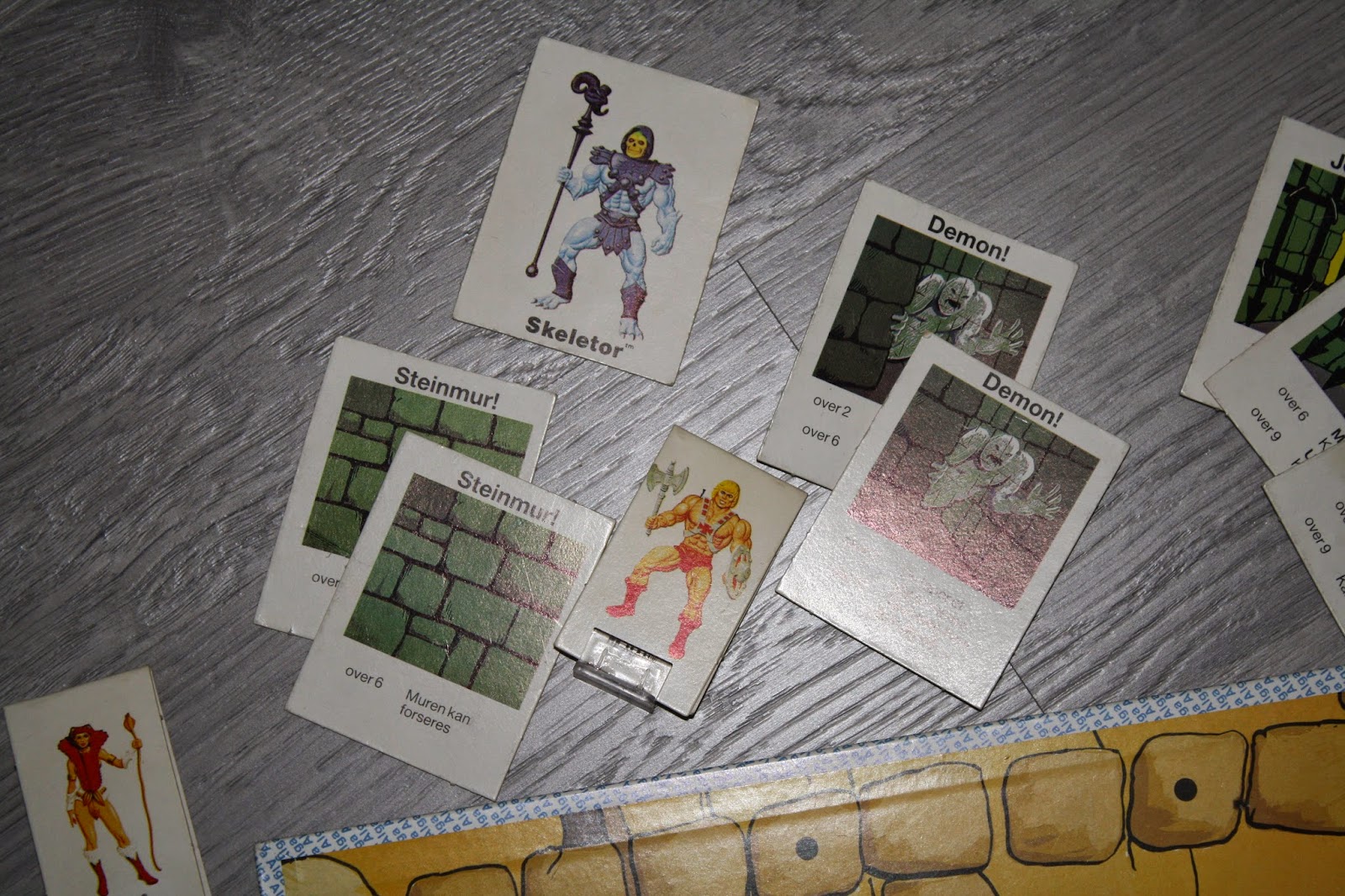 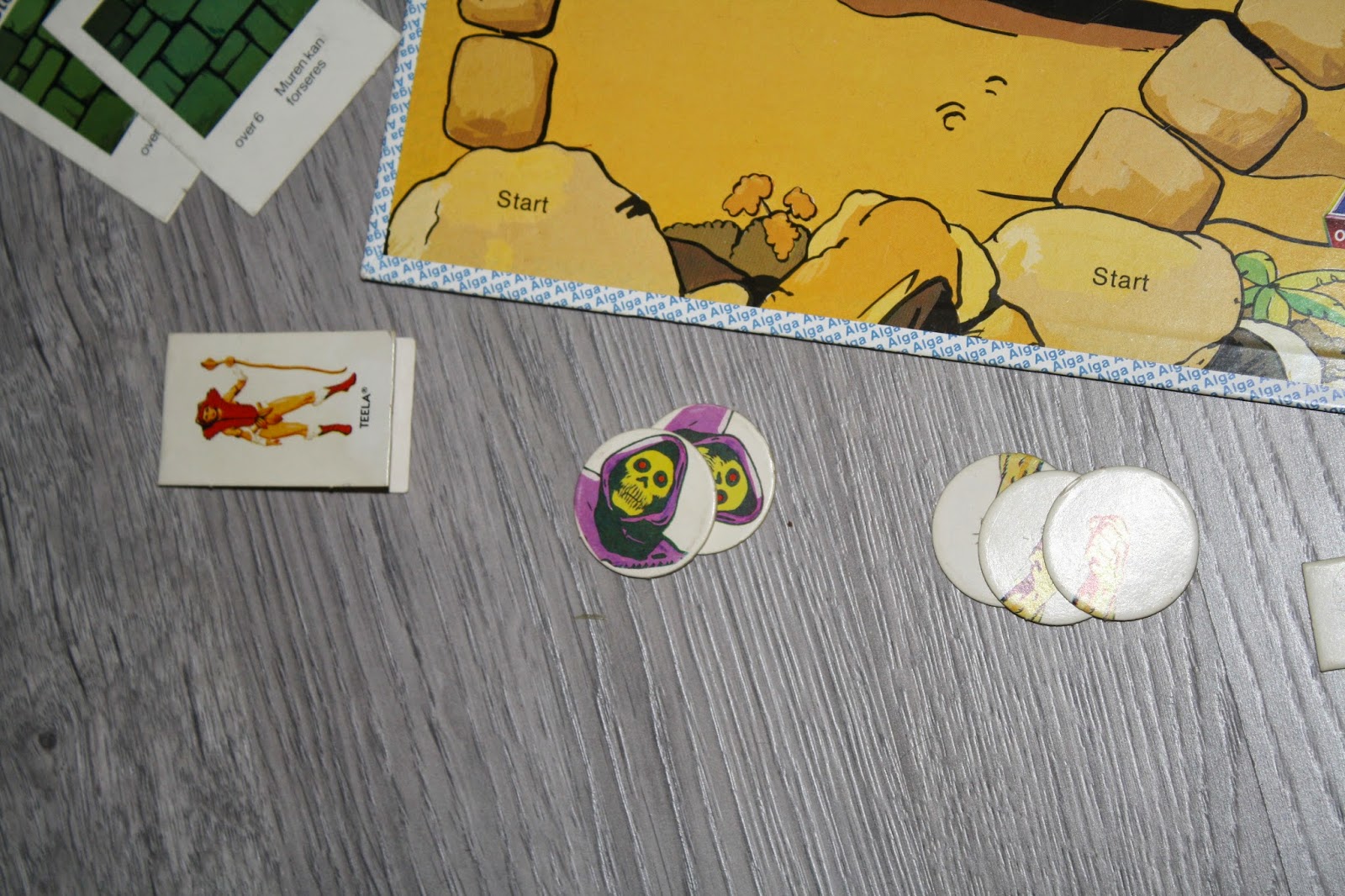 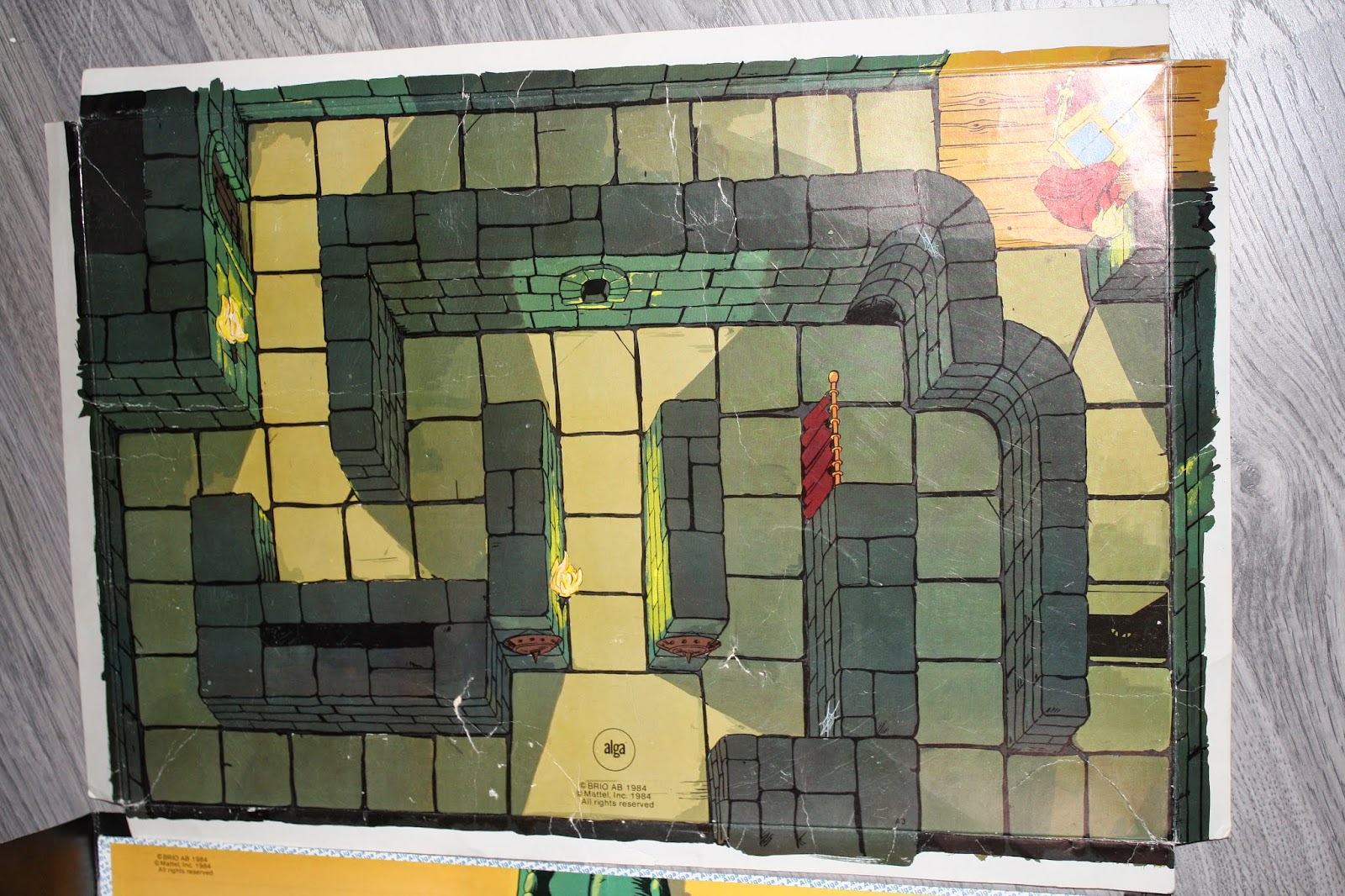