And then this almost happened... 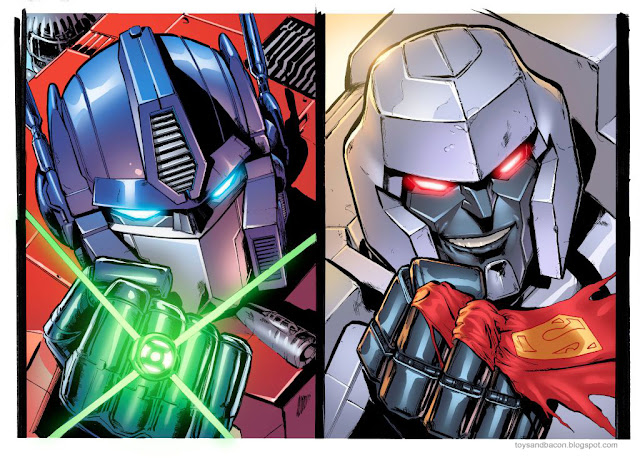 I almost feel the need to make another lengthy rant, but this isn't really news any longer. I'll make it short: Marvel would have dared to take this risk. Hell, they have even done so in the past... Even when Transformers was a new, unproven concept, they threw in their most beloved character, Spider-Man. I don't even see why there's a risk? Would nerds not buy the shit out of a Transformers/JLA comic? This would be the most hyped comic in recent memory. Is that where the risk is? That the comic would not live up to the hype? Plenty of comics have failed to live up to their hype. Heard about Batman: Hush? DC's Identity Crisis? Every single one of Marvel's company-wide crossovers since Secret Wars?

For all I know, we may still see the Transformers/Justice League crossover, but the rumor right now is that we won't. I'm not too bothered. Sure, it would be beyond epic, but what can you do when their creative forces are held down by company executives. Just like with the live action movies, DC should start looking at their competition for a blueprint how to please their fans.