How to make nachos...

Renovating an apartment is taking it's toll. I failed to publish anything - even a simple picture - last Friday and this Monday, and I apologize to loyal readers of Toys and Bacon blog.

But things are shaping up, and a friend told me I should get used to having lots of spare time as soon as the apartment is done.

As an update, I can tell you that the kitchen is gradually taking shape. It is a temporary solution, as I aim to redo the entire kitchen. But for now, it will do. A few final touches, like painting the horrific original floor in a more neutral color, and we're talking business. But that's not to say I'm not making food. I have assembled quite possibly the greatest piece of furniture in the world (yes, better than the late, great Benjamin), which I will show in better detail on Friday, and I've gotten used to not having induction plates. So I'm making food again. Simple stuff for now, more complex stuff will follow in the near future. 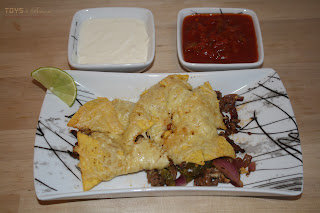 Today: One way to make nachos. Read on!

Recipe:
Fry some meat and onion, add jalapeños and some Heinz chili sauce. Into the oven on fairly intense heat, and don't forget a generous amount of cheese. Serve with salsa and sour cream. Pictures of the process can be found below...

But this isn't really about nachos. It's about being surprised by cultural differences.

In 2009, me and a friend visited the United States to attend the annual G.I. Joe convention. As first time travelers to the states, we were curious what to expect. Us being fairly liberal Europeans, we had kinda convinced ourselves that even if they spoke a language we understood, they would not be like us at all. And to a certain extent that turned out to be correct. There are great cultural differences between Europeans and Americans. But the differences turned out to be mostly pleasant. At least for the fraction of USA we got to experience.

I'll not recap the entire trip, because far too much happened. But I will tell about the very first meal I shared with people I barely knew...

That's really an exaggeration, because the world was tiny three years ago, and it's even smaller today. I knew my American friends fairly well, but it's one thing to talk over the internet. It's a whole different thing to actually be together in person.

And the first cultural shock happened instantly. These people were extremely friendly, chatty and intimate, very much unlike people from Scandinavia - and more specifically Norway. The very first thing my American buddy Jeremy did was to ask me if I was hungry, and almost before I could answer, he had ordered a nacho plate for us to share. That would never have happened here. I'm embarrassed to say that I would never do the same. Sure, I could order a plate for someone, but never share one with people I hadn't really met before.

Then came the second shock: Blue nachos. Food isn't meant to be blue. In Norway, we have a strict policy about food coloring, so our chicken isn't really pink, it's chicken colored. Our peas aren't bright green, they are moss green. Our flour isn't shiny white, it's off white. And our nachos are.. nachos color..

Blue nachos taste the same as other nachos, except that a nacho plate shared in good company is infinitely better than a nacho plate eaten alone. But make no mistake about it, my home made nachos are good too... 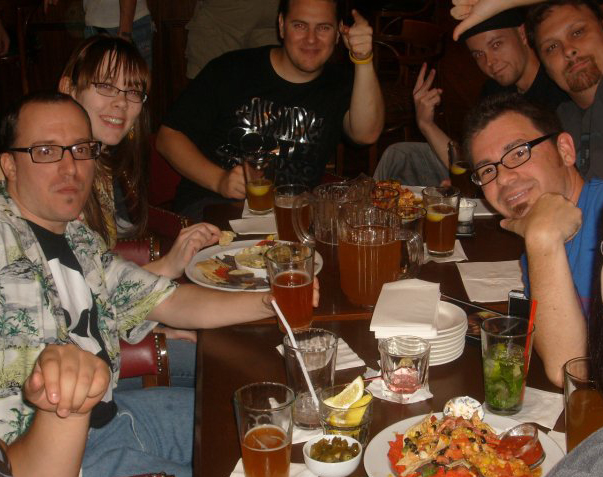 Dan, Roxi, me, Runar, Jeremy, Corey.
There's a good reason you've read about all of these people in my blog before. They are dear to me.

Here's my home made nacho plate... 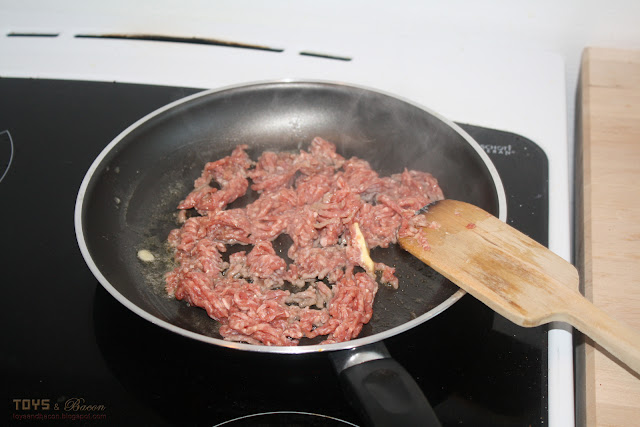 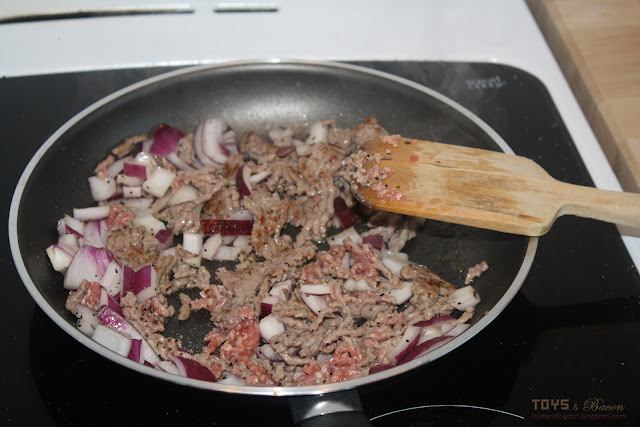 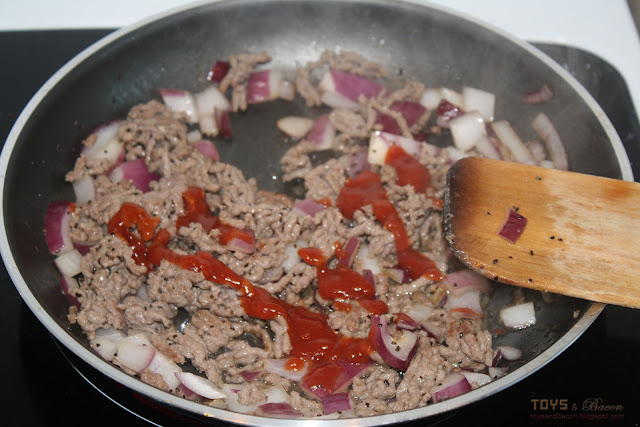 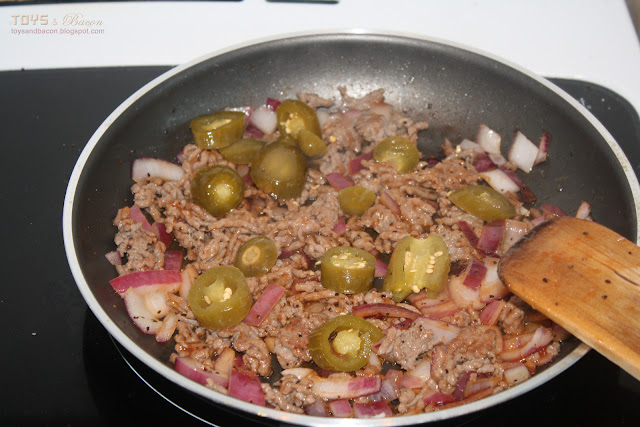 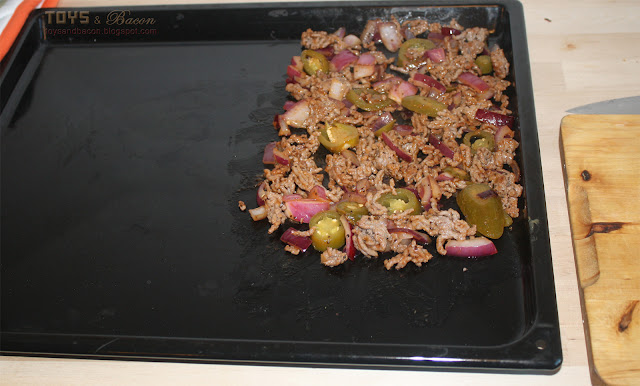 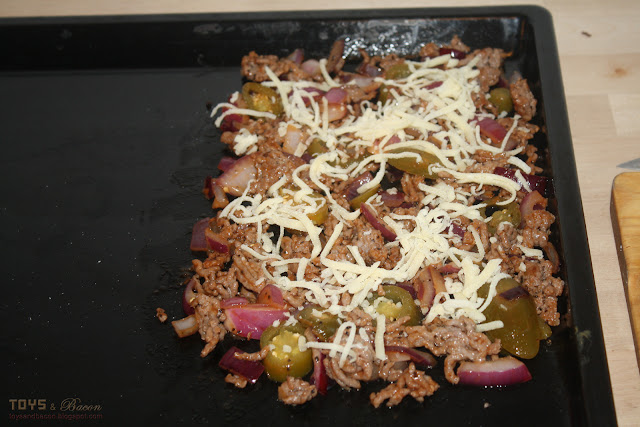 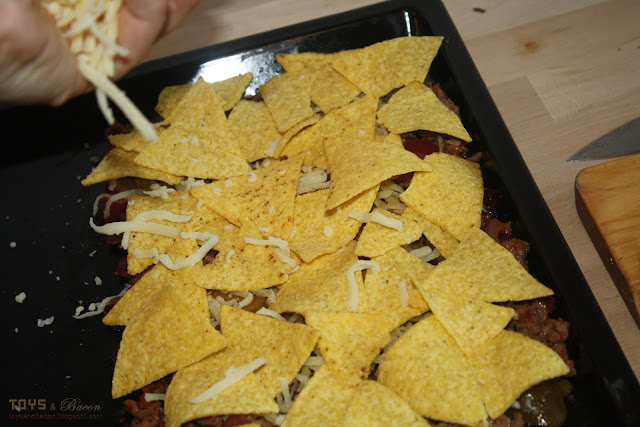 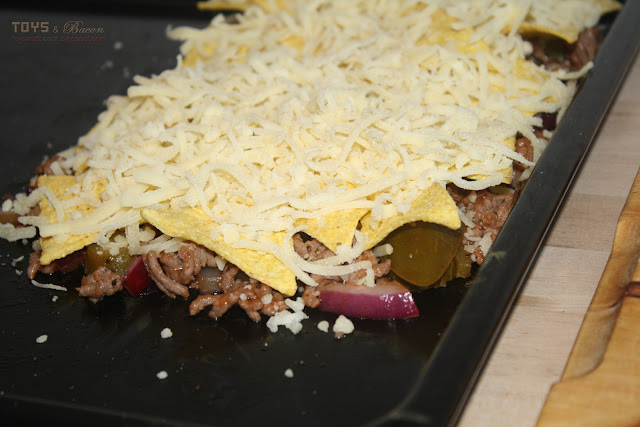 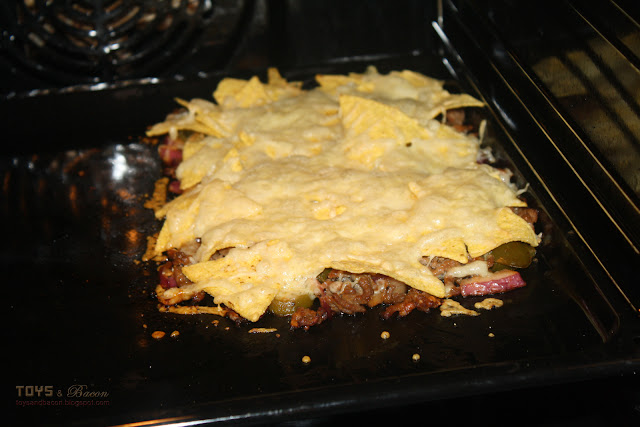 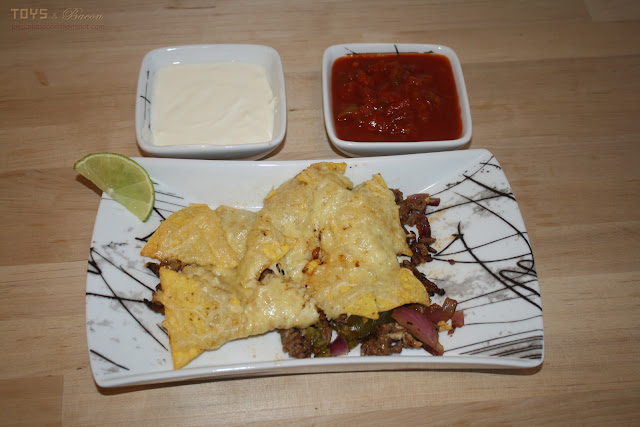 Enjoy, and expect more frequent updates, now that my apartment is almost habitable.
Posted by Jon at 12:45 PM