In 1982, Hasbro released the first version of Snake Eyes. A very tactical design, clearly a commando, very different from the rest of the 82 line up. 1985 gave us the iconic design which we usually picture when we talk about Snake Eyes. A truly magnificent design, and a great action figure. Landed a spot in my top 5. And then in 1989 came the version that no one cares about. In fact, do anyone care about any 1989 G.I. Joe figures? 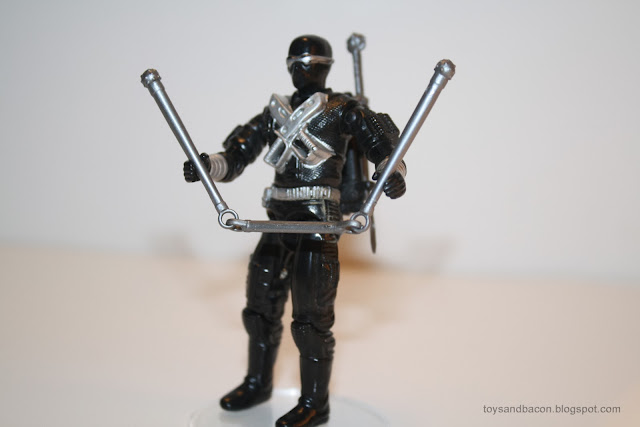 When I thought about it, I could barely remember any 1989 Joes. I know we got an updated version of Rock n' Roll. I know we saw a repaint of the impressive Payload mold from 1987. And... I know we got a new version of Snake Eyes. On it's own right a cool enough figure, but compared to the previous two versions, and even compared to the one that followed, it's difficult to care about this one. But I will try anyway. As usual, there are far more going on than you realize. Snake Eyes has tons of sculpted details, and actually came with an impressive amount of accessories - some of which I have misplaced over the years. 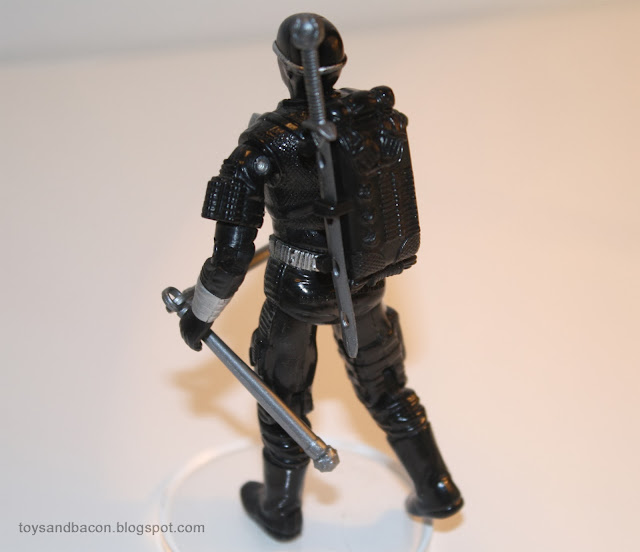 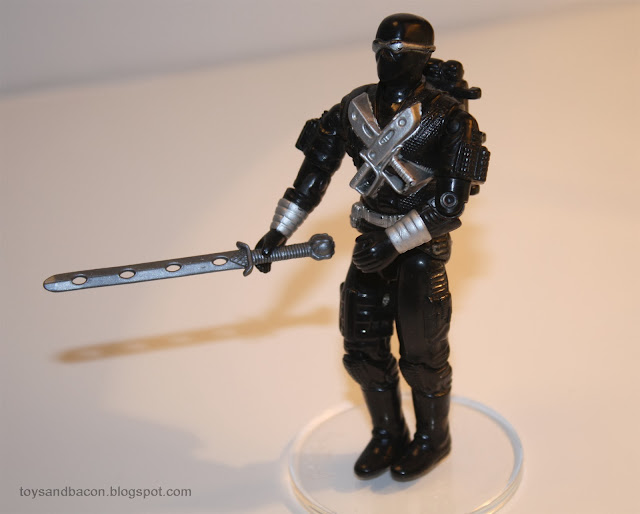 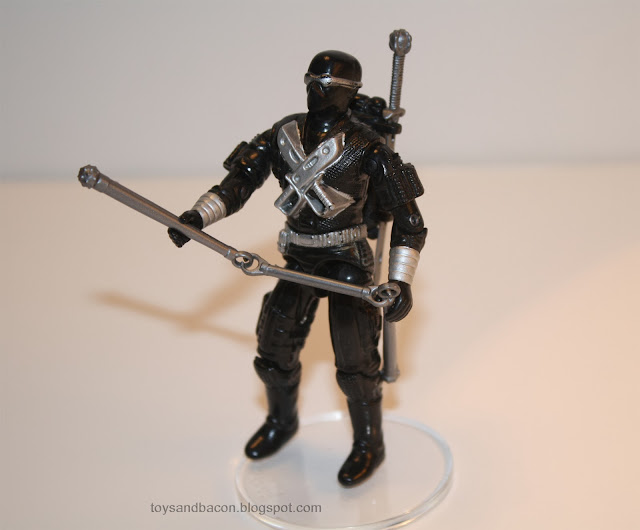 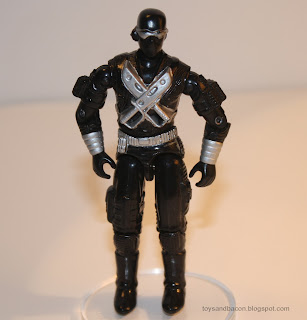 Snake Eyes is all black plastic, with silver paint applications. Not too exciting, but like I said, the sculpted details are numerous and impressive. He came with a backpack with nice details, a sword that would fit in the backpack. He came with a three-piece ninja-weapon I can't identify, and a blow dart gun and a machine pistol that probably lies in the bottom of my Joe box. This is absolutely a decent amount of accessories, even for a 1989 Joe.

What I really don't like about the figure is the head sculpt. His head just looks too tiny for his body. I also can't shake the knowledge of how Snake Eyes got hold of this costume. In the comics, our silent commando is about to be tortured by three clowns called "The Payne Brothers". One has black pants, one has black shirt, the last one has a black mask. Snake Eyes of course ends up taking out the three fools and steals their clothes. Now, why didn't they have more clothes? Why did only one of them have mask? I need to re-read this comic, maybe it actually is less ridiculous than I can remember.

We got two really cool army builders in the Alley Viper and the Night Viper. Some of the Joes were cool, like Backblast, Scoop and Stalker in arctic gear. Some of my favorite vehicles in the insane looking Arctic Blast, the dealy Cobra Condor, and of course, the mighty Thunderclap.

But there were reasons I could barely remember anything good about this year of Joes. We got a lot of wonky characters. Take a look...

Yes, that orange Cobra trooper has bombs strapped all around his ankles, and is carrying a cannon bigger than himself. Yes that Joe has machine guns connected to his hips, and is about to fight Cobra with a lawnmower.

I haven't been buying too many of the modernized Joes of late, but I doubt they have come around to modernizing Heat Viper and Pathfinder (the two guys above, likely to kill themselves as well as everyone around them). But we have seen modern versions of Alley Viper, and something that could pass for the Night Viper. Take a look: 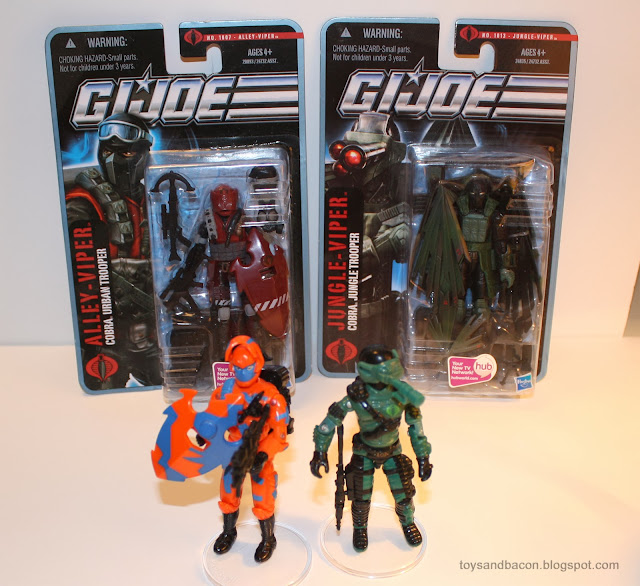 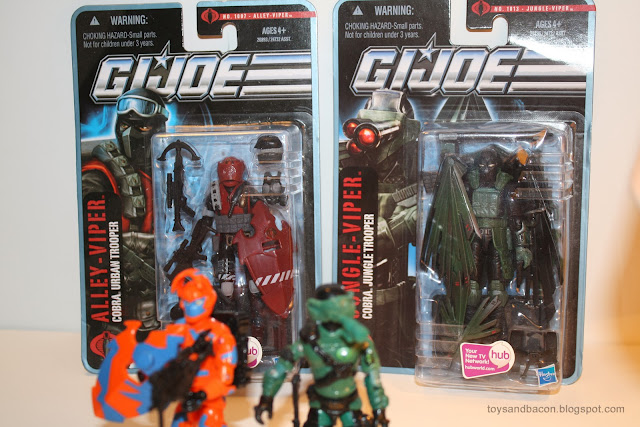 But I digress. Back to our ninja...

Snake Eyes v.3 was modernized in the 25th anniversary line, and suddenly the design behind the character made sense. The previously sculpted details were suddenly functional, like the knives and the socket for the night vision goggles. Suddenly it was clear that this costume was a perfect blend between the "ninja" and the "commando", maybe even more so than the previous version.
This time around, the proportions felt more right too. In fact, the 25th Snake Eyes v.2 Is probably my favorite among the modern Snake Eyes versions. 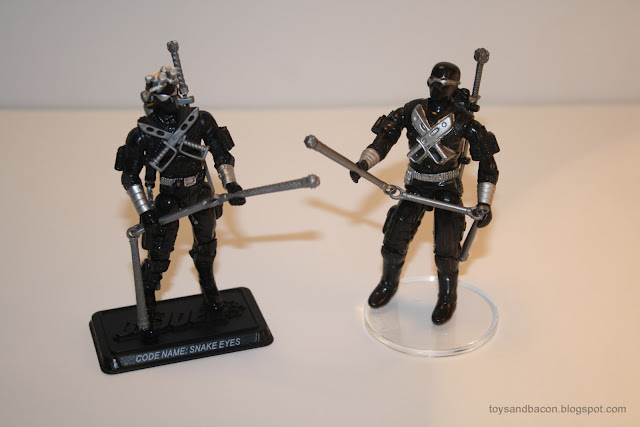 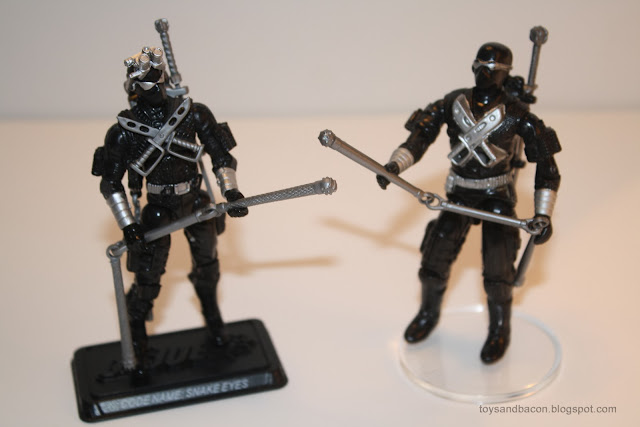 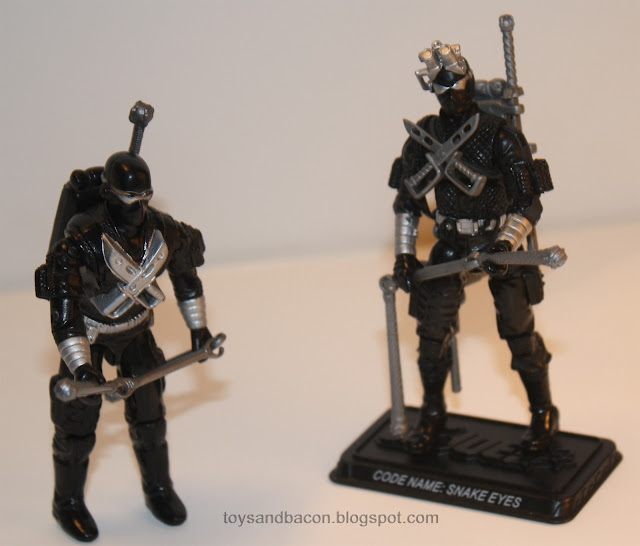 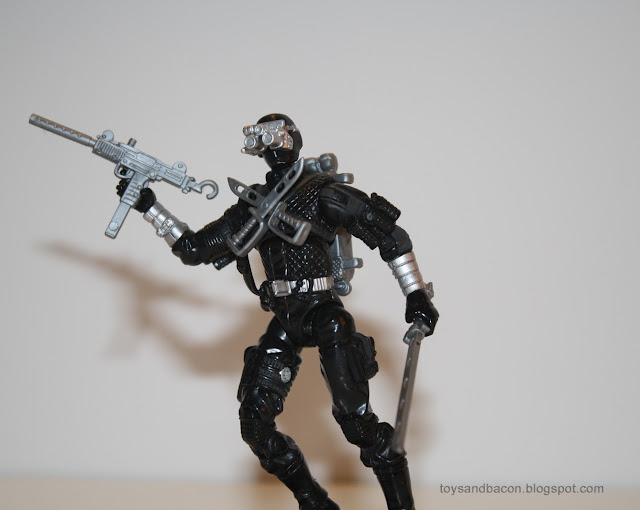 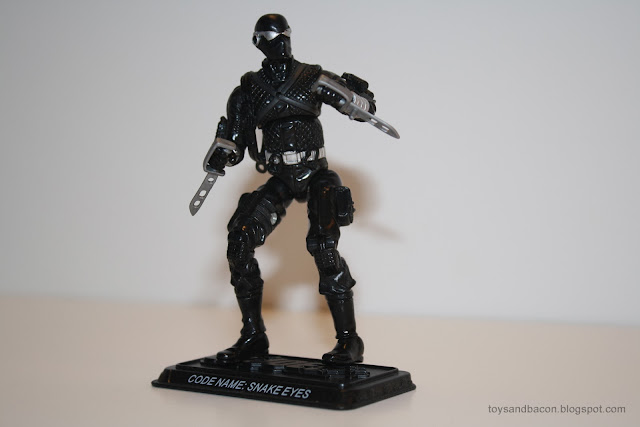 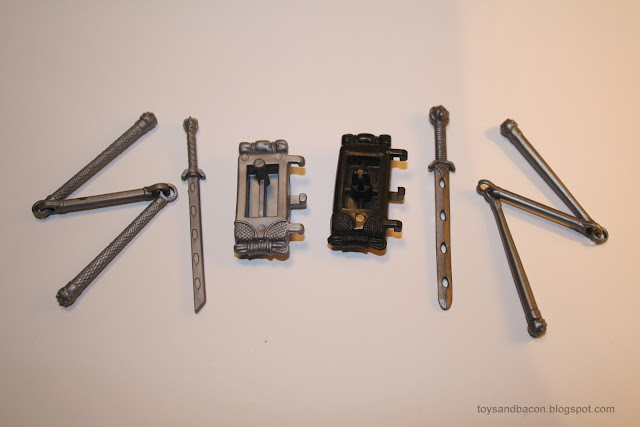 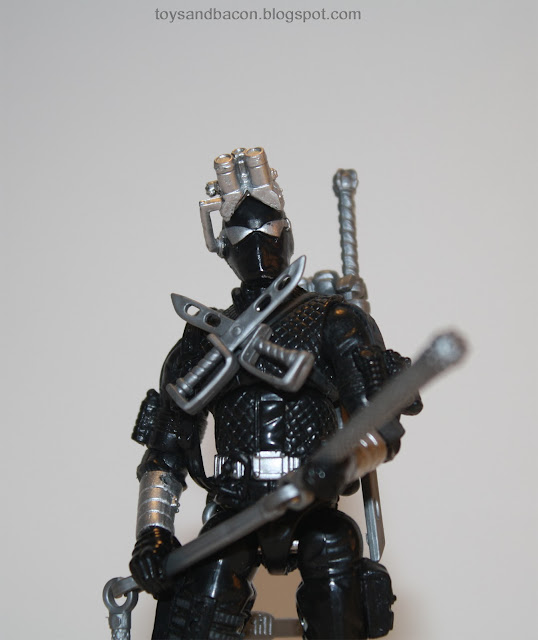 89 snake eyes was my go to snake eyes for most of my childhood. though I did replace his head with my broken V2's head.

his sword is so much more detailed than the 25th version, that is kind of sad.

Love that you incorporated AVs and NVs into this post! Awesome-ness! Oh and SE v3 is good too :D
Jimmy