What happened to my original Desert Fox?

I got a few questions about my Desert Fox, the one that was featured in a recent Figure Friday. 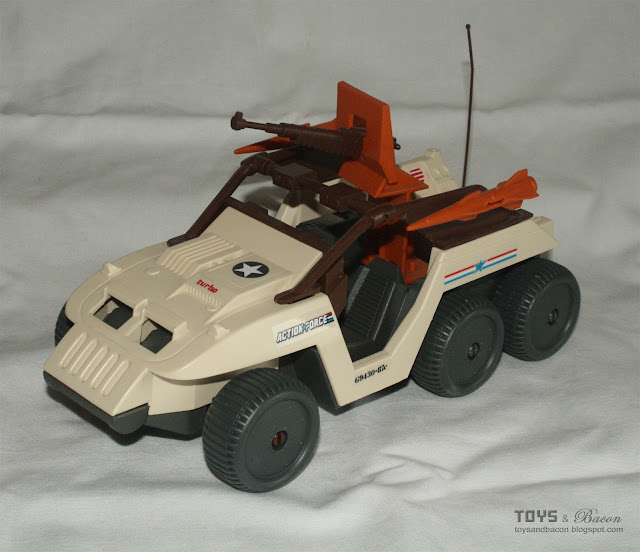 Read on for a story about a broken toy that got a new life!


I wrote about the Desert Fox from 1988 a couple of weeks ago. And a few people immediately asked me two obvious questions.
The first question was why my Desert Fox was so good looking. Reason is simple, it's basically brand new.
This one came from an actual fire sale. A toy store burned down, and the stock in the basement suffered slight damage. Among this stock was quite a few late 80s G.I. Joe vehicles. So basically, this was mint, unassembled vehicles in ash-covered boxes. A friend managed to trade a few of his toys for this lot of Joe vehicles, and a few of them, including a Desert Fox eventually found their way to me.

Then came a question what happened to my original Desert Fox....
Like I wrote in the the Figure Friday article, the Desert Fox was my favorite vehicle as a kid. It was just so versatile and easy to include in play.
Well.. Here's a picture of how it looked in 2009. 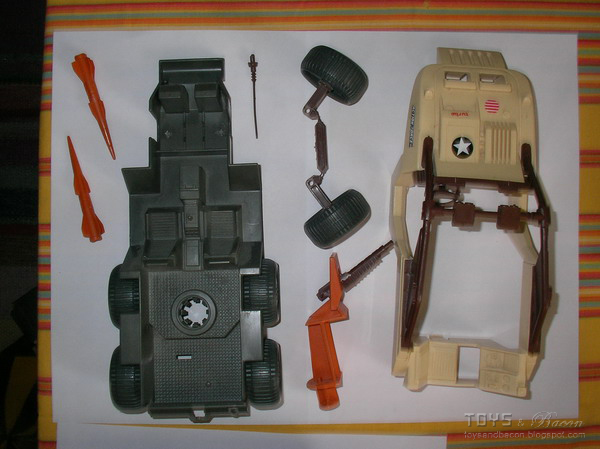 Broken pegs for the front wheels, broken antenna, broken pegs for the rockets, broken muzzle for the machine gun. Rather intense fading from sunlight. Stickers randomly placed by a ten year old kid. Make no mistake about it, this toy has been intensely loved. So I wanted to give it a proper farewell...

A group over at joecustoms.com planned a massive diorama for the 2009 G.I. Joe Convention in Kansas City. We wanted to make an arctic landscape with vehicles and figures loosely based on a scene from the original cartoon. It's all documented in several articles over at Joecustom's wiki. 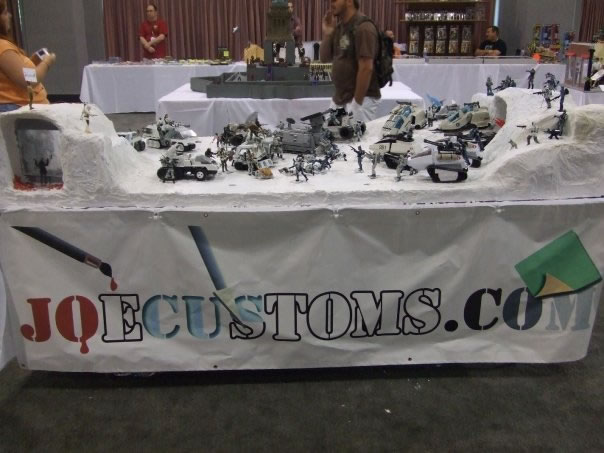 Our goal was that every single figure, every vehicle would be a custom, repainted and modified in some way. My contribution was what I ended up calling the "Arctic Fox", and was... well it was more than just a repaint of the Desert Fox. 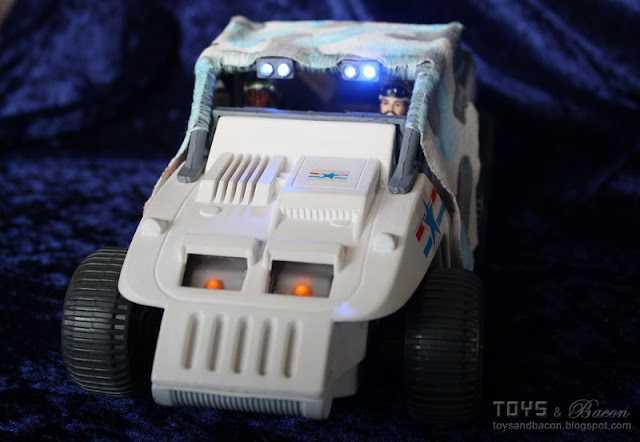 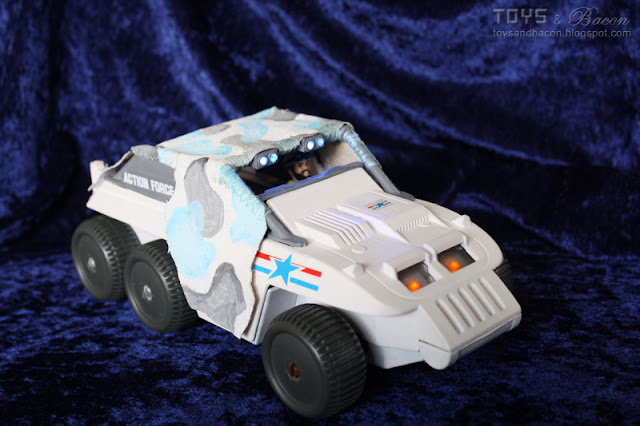 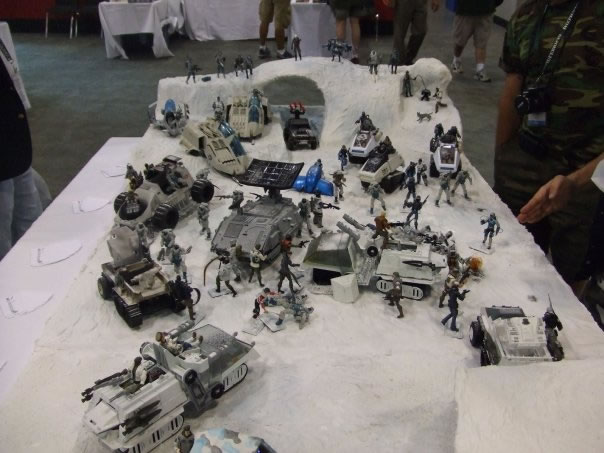 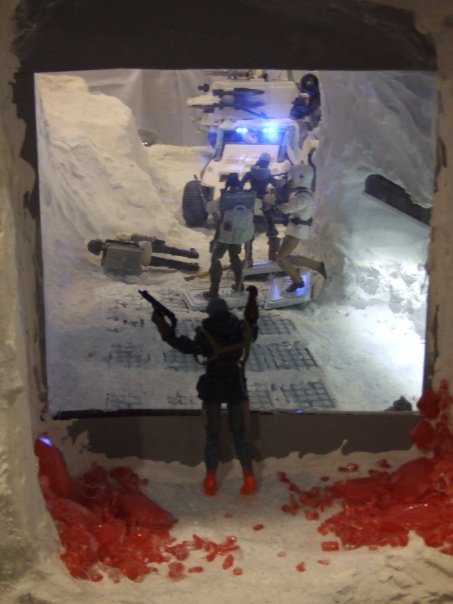 Instead of writing about the process of making the Arctic Fox, I'll simply link the article that documented it back in 2009. It includes several work-in-progress pictures, as well as more pictures of the diorama. Loyal readers of Toys and Bacon should recognize the style, even though it's a few years since I wrote it.

The convention itself was a great experience, and it didn't hurt that we ended up winning... something for our diorama. But this was not the end of my original Desert Fox.
When the convention was over, I simply had no room to take this toy with me back to Europe. So I ended up giving it to a random kid on the convention floor. I'm sure the kid would prefer a new toy instead of a home made one, but a free toy is a free toy, right? I hope my beloved Desert Fox-turned Arctic Fox still has a life. If not, at least it has survived on the Internet.
Posted by Jon at 12:42 PM