Figure Friday: Play Features in Masters of the Universe Classics

The line is in danger, should we believe Toyguru over at Mattycollector. Obviously we shouldn't, because history clearly has shown us that he's not to be trusted. But the sad part isn't that Toyguru once again tries to scare us into buying the subscription for Masters of the Universe Classics - and in turn signing up to get a bunch of figures we haven't even seen, and potentially don't want. The sad part is that they blame the customers. The rhetoric used is that "if the line fails, it's because lack of interest from you, the collectors!".

If the line is failing, it's because we collectors aren't allowed to collect these toys the way we ideally should. We don't like to buy figures blindly, no one does. Toyguru should have shared with us the schedule for the entire year. But that's not all. We also have to suffer an endless array of bland variants, obscure characters we don't really care for, and new characters that are downright awful.
Pair this with horrific customer service, increased prices, iffy quality control and the constant condescending feedback to the community... Is this really on us collectors?

But I digress, I really do. Because today, I want to show two highlights from 2012. These two figures were Mattycollector doing it right! One was a variant that hit absolutely all the right buttons, without maintaining what made it interesting in the 80s, the other was an absolutely brilliant figure, that not only kept its play feature, but also came with a ton of display possibilities. 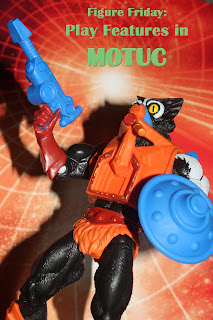 Read on for Mattel doing it right.

When the original Thunder Punch He-Man was made back in the mid 80s, he came with a unique action feature. A gimmick I can't recall seeing in any other toy. He came with a backpack that would hold ring caps for cap guns. When twisting the right arm, a cap would go off, making the striking sound. It was awesome beyond imagination, even by today's standards.

Naturally, Mattycollector had no intention of selling Classics Thunder Punch He-Man with the working play feature from the 80s, and we collectors never expected it. It was clear already from the start of this line, that the figures wouldn't come with their original play features.

Luckily, we've seen quite a few figures that have maintained more or less their 80s play feature. Scare Glow (pictured), Grizzlor and Roboto comes to mind. Others, like The Sorceress and Battle Armor He-Man and Skeletor, we've gotten pathetic variations of the original play feature.

This could have been the case for Thunder Punch He-Man as well, and as "just another variant", they could only fail with this figure. But they didn't. Take a look... 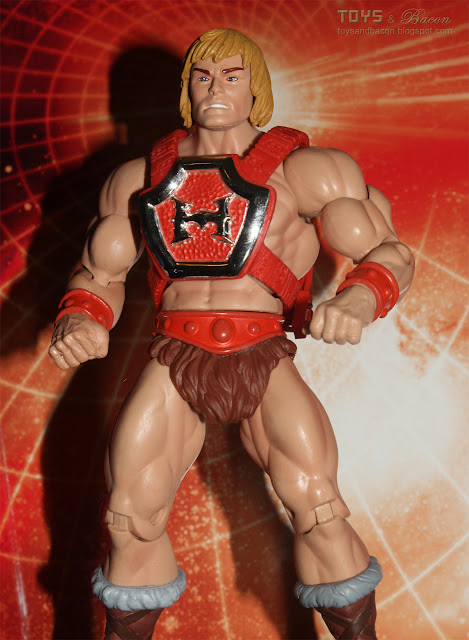 The first thing we notice is that he has a new right hand, it's a clenched fist, where as the normal He-Man comes with an open fist, able to hold weapons. Otherwise, he's styled like the original TP He-Man. Mattycollector could have stopped with this. After all, he looks like the original, just missing his play feature. 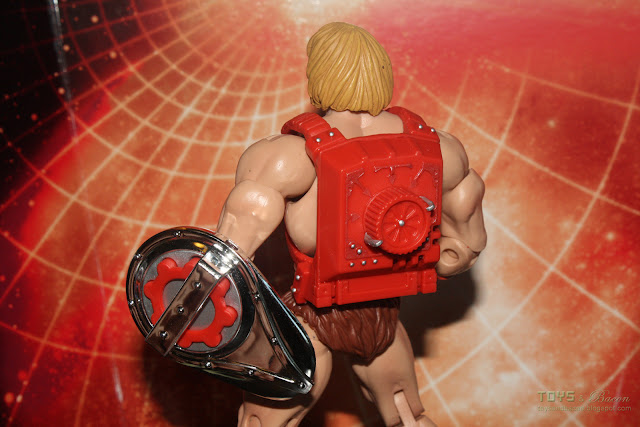 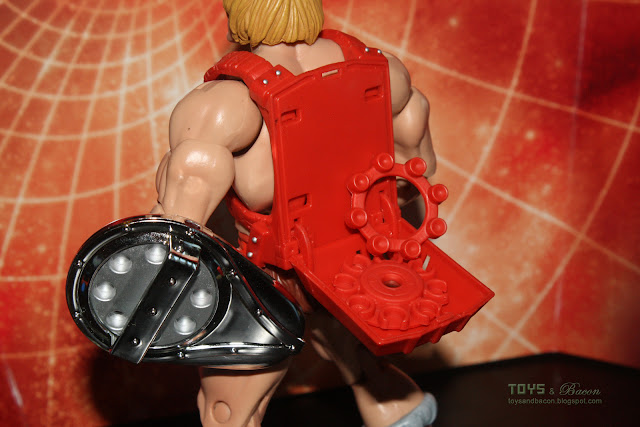 He comes with a non-functional ring cap, and like the original, it's possible to store the ring cap both in his shield and in his backpack. But the action feature is obviously absent.
But here's how Matty did it right... 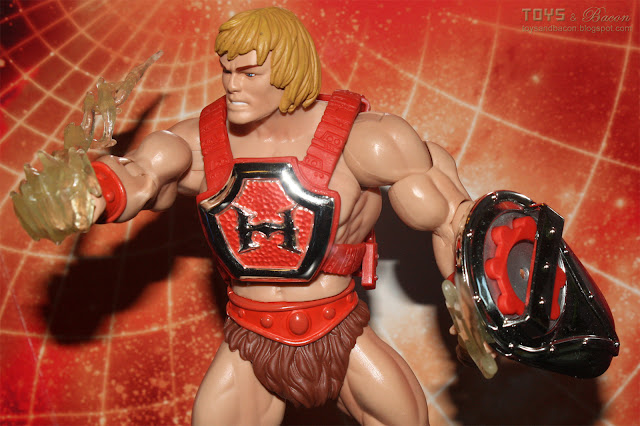 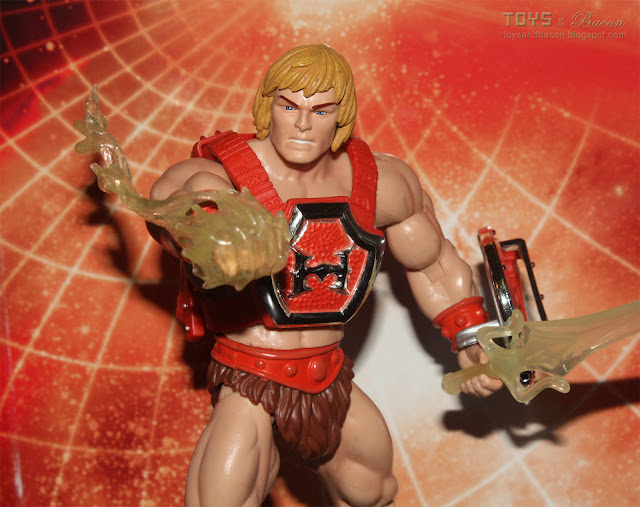 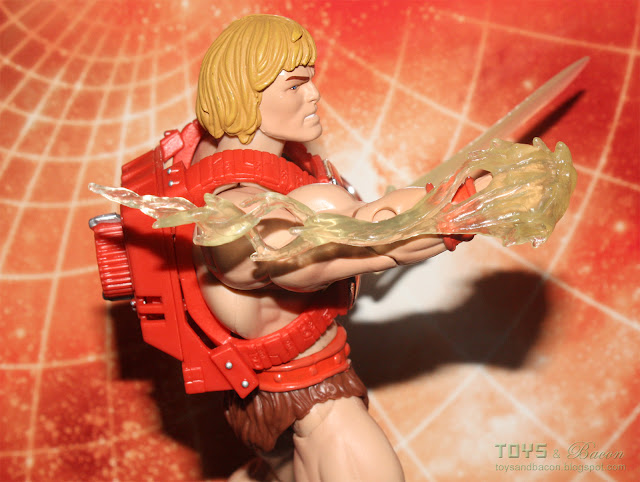 A pre-sculpted translucent "power punch effect" that could be attached to his fist, makes this figure extremely cool. It doesn't really serve an active functional, but it's visually awesome! This is a completely new accessory that really makes this figure into something we'd want on our shelves...

And something we're likely to play with. 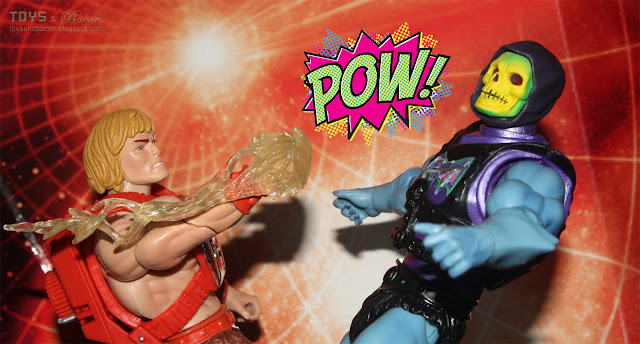 The other figure for this Friday is one who actually got to keep his feature, his unique action feature. Stinkor.
Granted, it's not the most exciting play feature, all he does is stink. It's the unique smell of patchouli oil. Stinkor, along with Moss Man and Perfuma (from the She-Ra line) all came with this play feature, all though the other two came with a slightly more appealing smell. Kids loved these toys, and I love them today. It's just so weird to have a toy with an odor. And it takes me immediately back to the 80s. 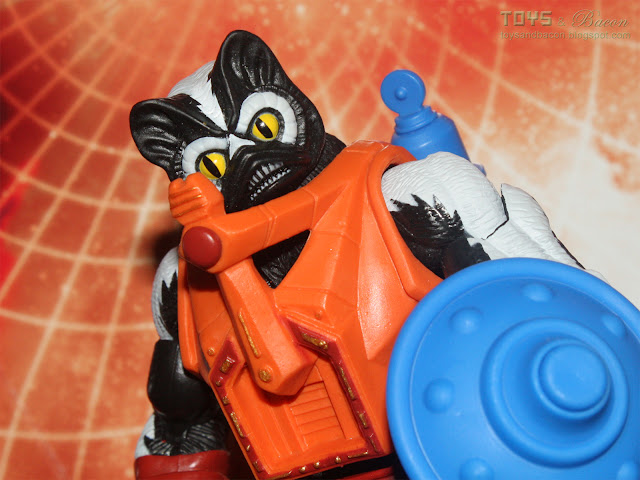 Stinkor is an interesting character even without this play feature. After all he does have a cool looking armor and an interesting color scheme. But Matty made an effort making this toy even more interesting by incorporating various accessories from other depictions of Stinkor. 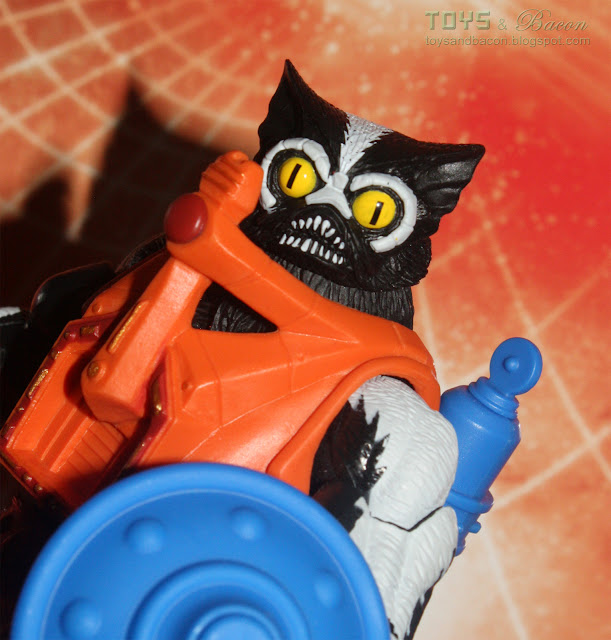 For instance, he comes with an alternate head, to make him look like the 200x version. He comes with an interchangeable plug for the armor, one with a valve and one without the valve. He comes with a blue backpack and gun. And finally the breathing mask, because Stinkor clearly agrees that he doesn't have a good odor. 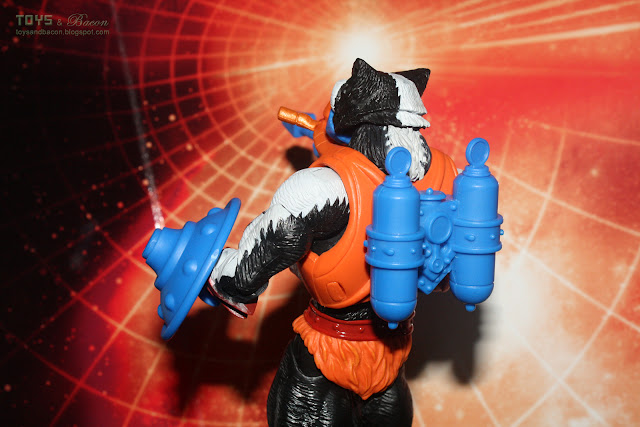 This is a magnificent figure, and I just can't make myself care that his wrists are backwards, or that his joints are slightly looser than I'd hoped for. The display possibilities and the deliciously awful play feature makes this a MOTUC done right! 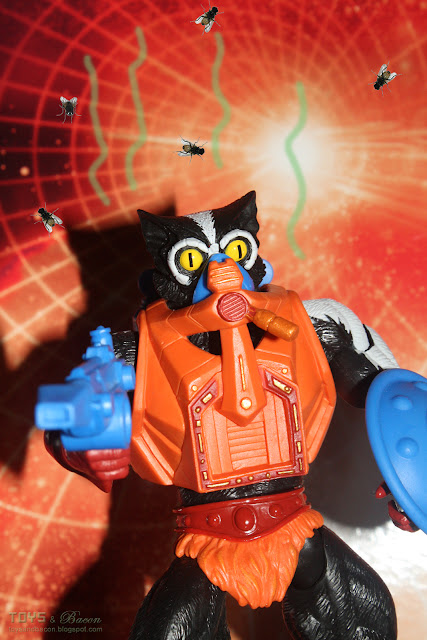 Enjoy your weekend people!
Posted by Jon at 12:59 PM