Some may have been surprised by Tuesday's list, specially the top 3. Personally I never had a lot of Dino Riders, which is somewhat sad. Because it's an amazing toyline. The concept was ridiculous, as any other toy line. But the execution was flawless. In fact, the toys were of such amazing quality that they saw a life beyond the toy stores.

The dinosaurs were so well sculpted that the natural history museum at The Smithsonian ordered the dinosaurs from Tyco to be sold in their gift store. Obviously in new packaging, without the guns and humanoid insect warriors.

Another really cool feature was that the dinos were morw or less in scale with each other, and that they from the mid-size and up had battery driven mechanized movements.

I had the Triceratops, which easily was my favorite dino. Today, I couldn't find any of the armor or guns. The insect warrior I know is lying around somewhere, but I can't be more specific.

So here is the dinosaur in it's natural glory. A fantastic toy that when I play with it only makes me want to get more Dino Riders. 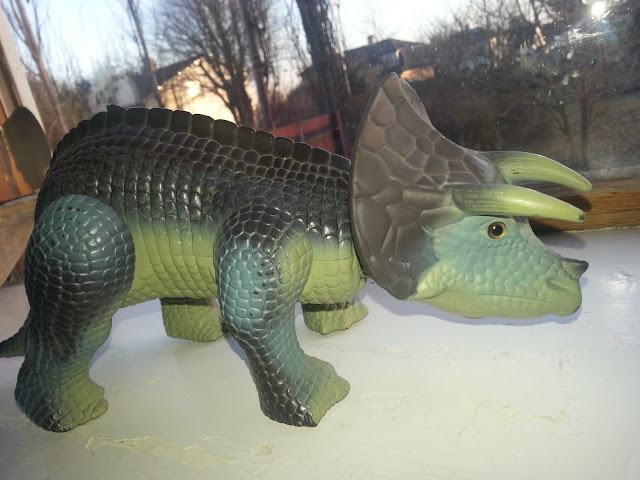 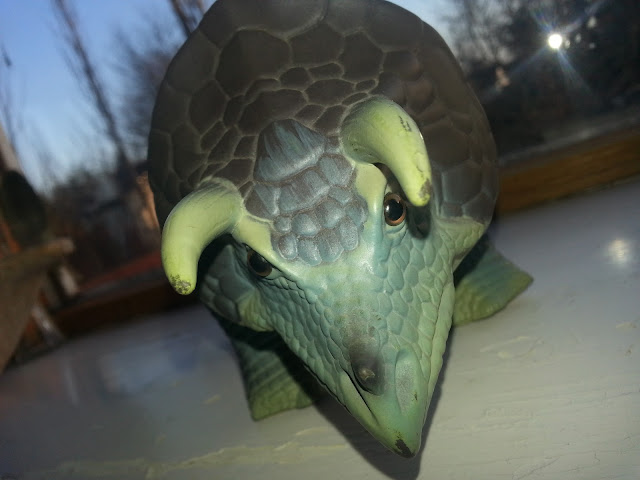 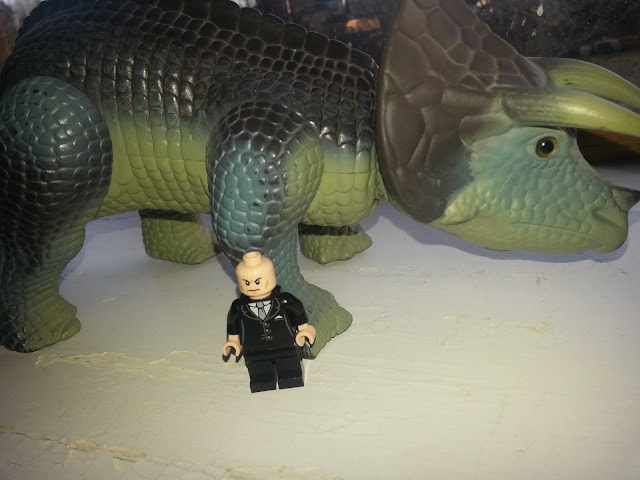