Toy Fair has came and went this past weekend. Mostly for the various companies to show off their plans for the future, I'd say this year was decent. Scratch that, it was monumental. I'll not get into detail with the various reveals, as they are easily available at places like toynewsi, toyark. The various specialized forums like seibertron, he-man.org, eurobricks, yojoe all had representatives running around the floor, tweeting their preferred toy news. And reporters like Pixel Dan has made thorough videos that I recommend you checking out.

I'll be brief about what interested me the most:

Mattel is moving along with their Masters of the Universe Classics line, and showed a painted prototype of Castle Grayskull. Undersized, but gorgeous. I'm still on board. Upcoming characters like Clamp Champ, Mantenna and New Adventures He-Man are all looking good.

Hasbro revealed their new Tomahawk in the contemporary G.I. Joe line, now called... Eaglehawk. Looks awfully similar to the 1986 version, doesn't it? Except the vintage one is vintage. Hasbro's Transformers department does it better- They don't just replicate the vintage toys, they do something more. The upcoming Metroplex is far from being a replica of the vintage one. In fact, the new one is the largest Transformer robot ever made. Think about that for a second. It's bigger than Fortress Maximus, over two feet tall, where the vintage Metroplex was barely a foot, if that even.

Someone are making Big Bang Theory Mego-style dolls, all though I can't remember who. I'm interested, not necessary as a customer, but to see them on the show in one way or another. Last episode even featured dolls of some of the characters. Maybe it was planned?

The Lego Group can do nothing wrong. Almost everything they showed at Toy Fair was gold. The upcoming Galaxy Squad line has me salivating. It's the perfect mix between Starcraft, Gundam and vintage Sci-Fi movies. 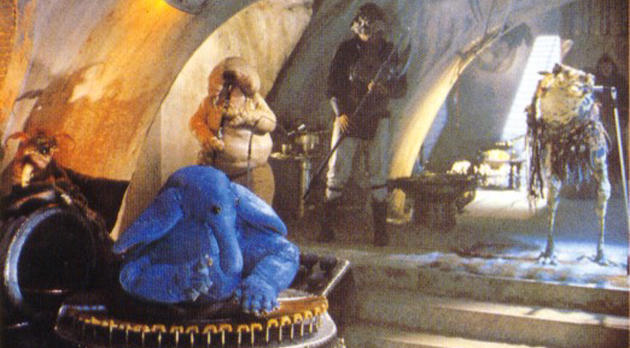 But the absolute highlight of Toy Fair 2013 was the new Jabba's Barge in the Star Wars line. Obviously, I'm not ignoring the fact that we get an amazing Lego Slave Leia, but the blue orchestral leader Max Rebo, like the little show man he is, completely stole the show for me. Look at him! Look how cute and blue he is. You know those stumpy fingers will play right into your hearts. Not the first time he's being made in toy form, but certainly the best. 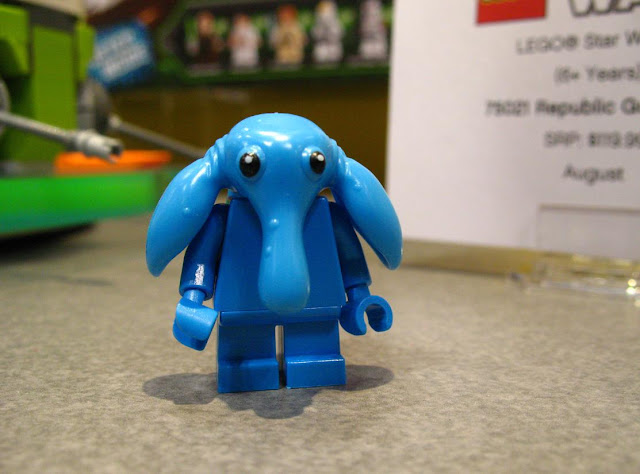