Oh wow, have I been slacking? Missed out on two regular updates. I not sure you readers really care. You'll check in from time to time, and if there's an update, you'll read it (or just look at the pictures). But I care. I want consistency. I want to be able to produce two days a week, and that's really just a minimum of what I should be capable of doing. But then there is the real life, the one where work, house, bills, family, friends and all that stuff comes into play, and blogging about toys and food absolutely takes a back seat. I can't ignore that. 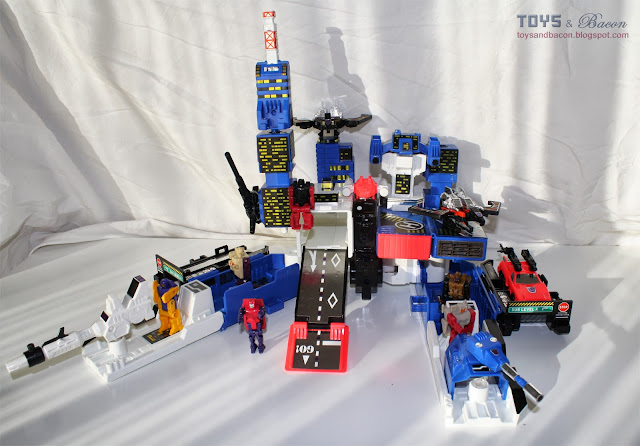 But here it is, the apology for no Tuesday update, and lack of proper content last week. And here it is, a regular Thursday update. And since this is blog post #250, I went the extra length and took some pictures. Here it is, an article I promised literally a year ago. The upgraded Bootleg Metrotitan. 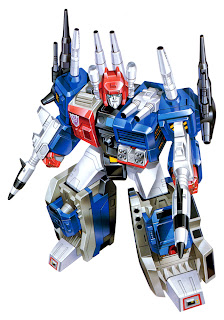 I wrote about Metrotitan last year, and what I wrote then still stands. Metrotitan is a rare and expensive repaint of Metroplex, the Autobot city robot.

I'll not go into too many details on the toy, the character, nor the fact that the one I own is a legitimate knock-off, a copy. An illegal reproduction. It is, and I'm absolutely not ashamed over that fact. The A real Metrotitan in good condition runs at least hundreds of dollars, while this one was less than fifty shipped to me. It came in a Metroplex box with extremely poor pictures. It's slightly less sturdy than a real Metroplex (I obviously can't compare it to a real Metrotitan, but I do own a real Metroplex), but I like it. It's fun and colorful toy, and something I don't need to be afraid of breaking.

The purpose of this article was mainly to show off better pictures of this wonderfully fake toy, but there's a big difference between this Metrotitan, and the one I showed pictures of a year ago.

Courtesy of Reprolabels, a tiny company that makes stickers for robots and other toys, they took it upon their own to produce quality reproductions of the vintage sticker sheets. That is a great thing, because usually the first thing that goes as the toy turns older is the stickers. Now, the question is of course if you should place repro-stickers on your vintage toys. I'm not sure I would care, as I don't really focus too much on authenticity when it comes to robots. But for many, the thought of something non-original is a difficult one.

Now, Reprolabels didn't stop at simply reproducing the old sticker sheet. They have a category called "upgrades", which I found interesting. I saw I could get upgrades for the city bots, both Metroplex and Metrotitan. As my Metroplex is more or less mint in box, unused, I saw no reason to use him as a ginny pig when trying out the stickers from Reprolabels. But my fake Metrotitan? Oh wow, he was the perfect test subject.

To my delight, not only were the stickers of a far superior quality than those that came with my Bootleg Metrotitan, they were of similar quality to those that come with real Transformers. And even better: They turned my flimsy, fake Metrotitan into something awesome. 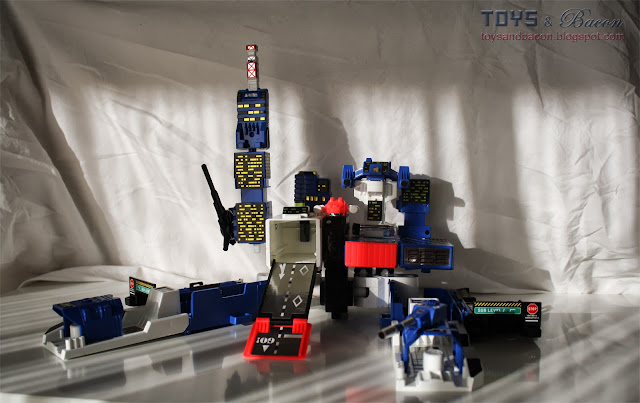 The upgrade set includes a lot of "window-stickers", several more than what originally came with these city-bots. It gives a better indication that this is in fact a city. Of course, the size is still a bit weird, as for instance the ramp and window have two very different scales. In addition to the windows, the ramp has new stickers, the heli-pad is new, there are new computers and mechanical stickers, circuitry, and the gorgeous looking antenna rounds up the entire look. Most of them have that metalized shine. I guess it's also worth mentioning details like the muzzle of the cannon, and the new ventilation grid. 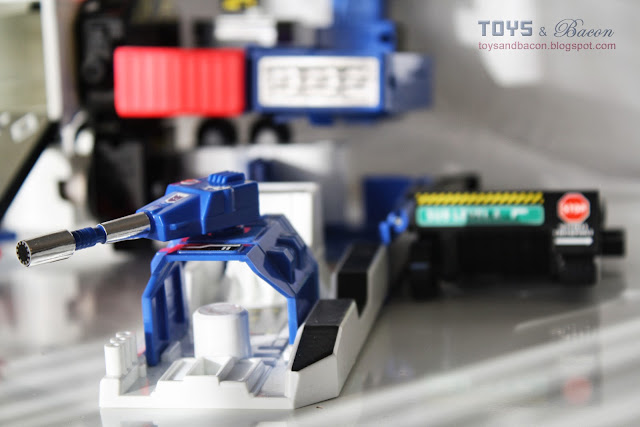 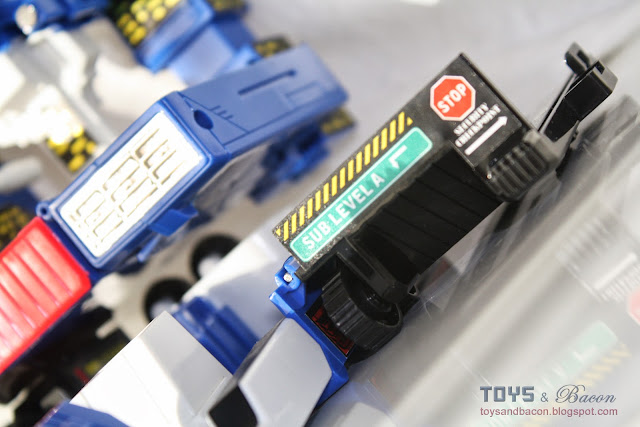 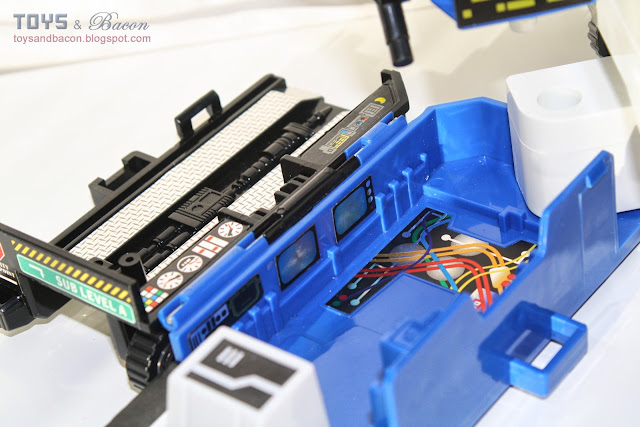 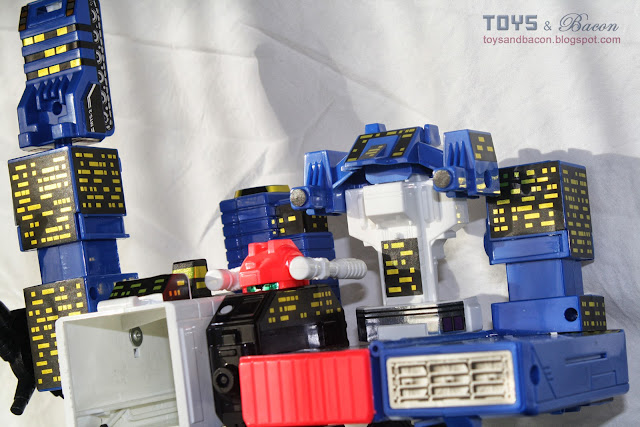 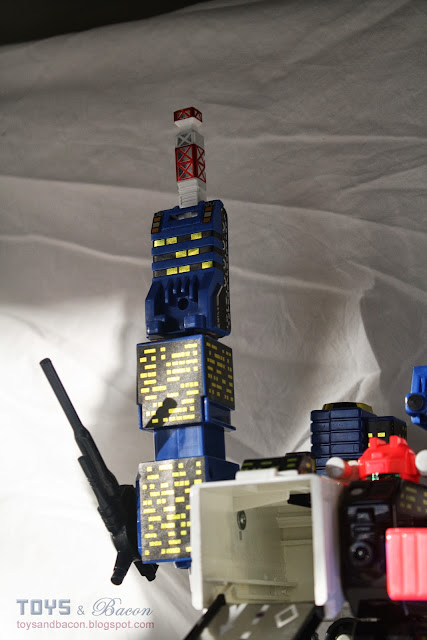 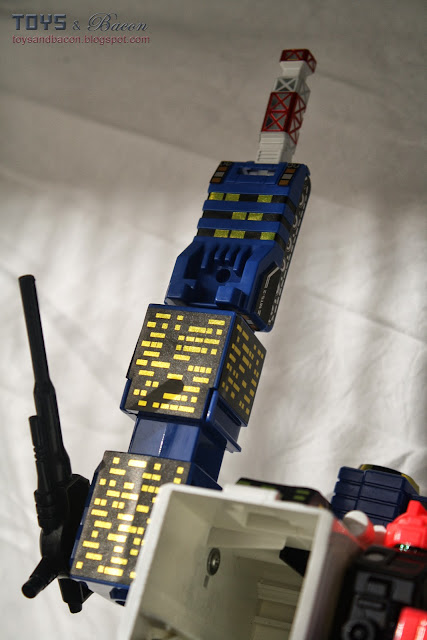 Metrotitan is a Decepticon, a member of the villains. I don't have too many of the smaller Decepticons, so I'll have to do with my tiny Autobots. 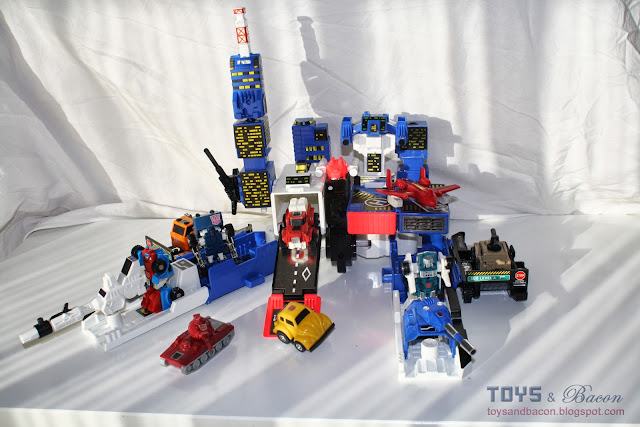 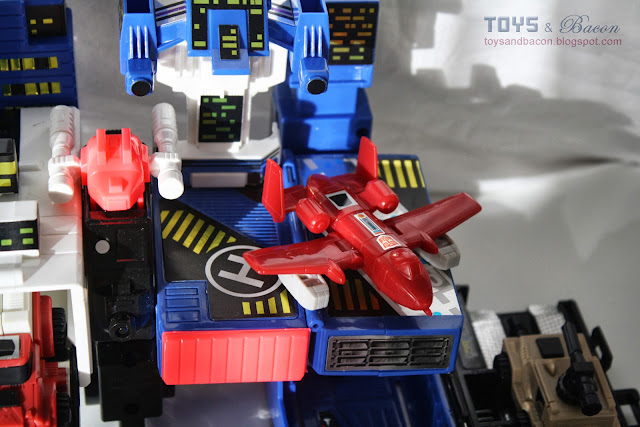 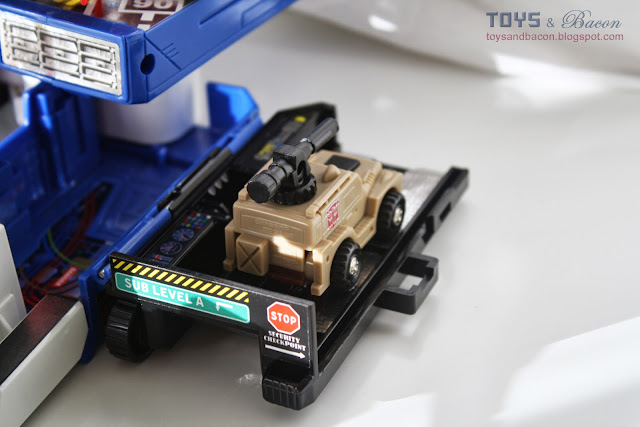 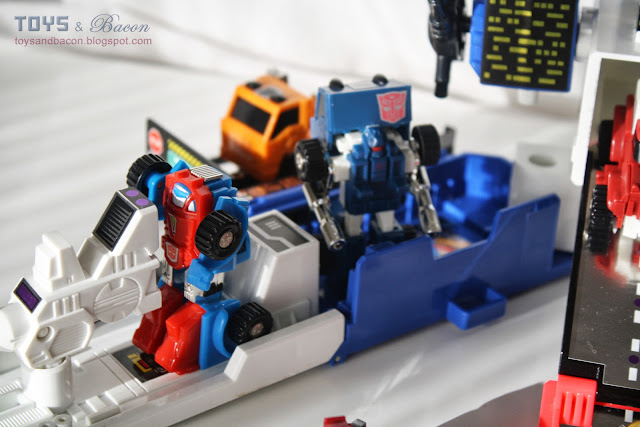 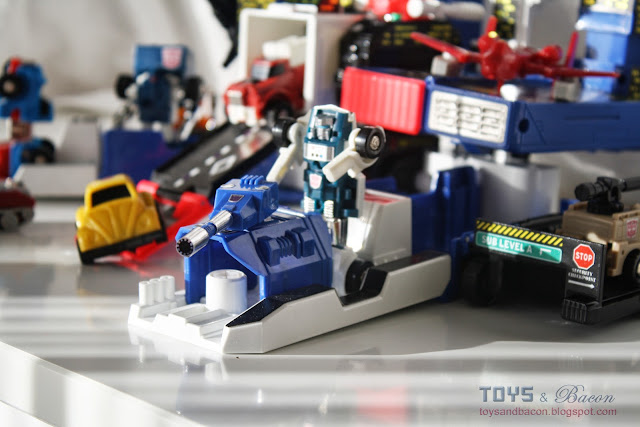 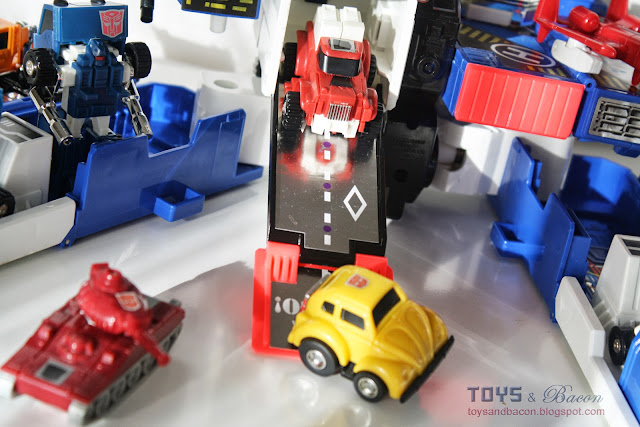 Metrotitan also transforms into eh... a car of some sort? 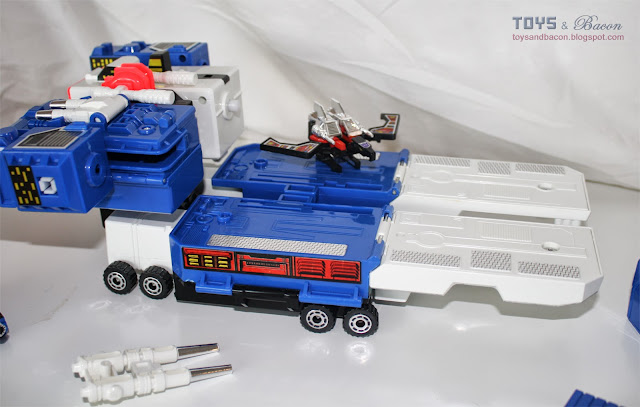 I've yet to fully understand this mode, but it looks a bit like a carrier on wheels. What ever it is, he don't need move by way of wheels.
The proper way for Metrotitan to move around is...

Yeah, Metrotitan has a robot mode of course. The upgrade stickers doesn't have any significant effect on the robot mode, but I'm not sure he needs anything out of the ordinary. The ventilation panels, I've mentioned. The small details on the feet are also good. Where the upgrade set really shines is on the extra pieces that form Metrotitan's smaller helpers. 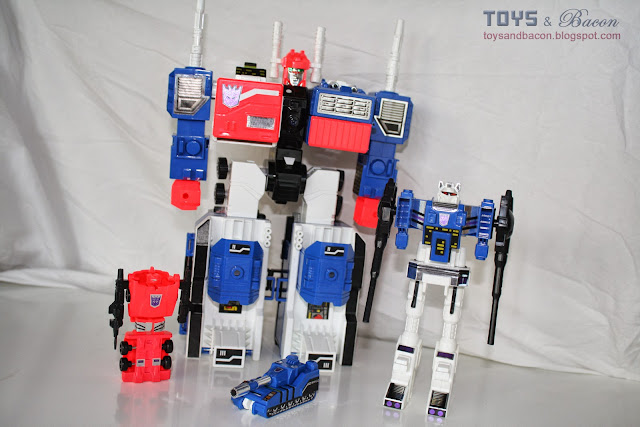 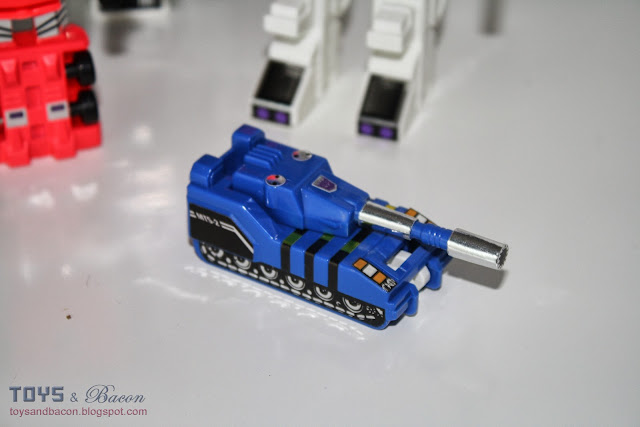 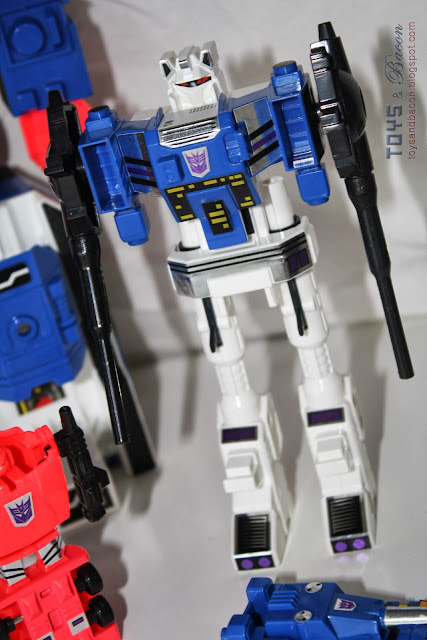 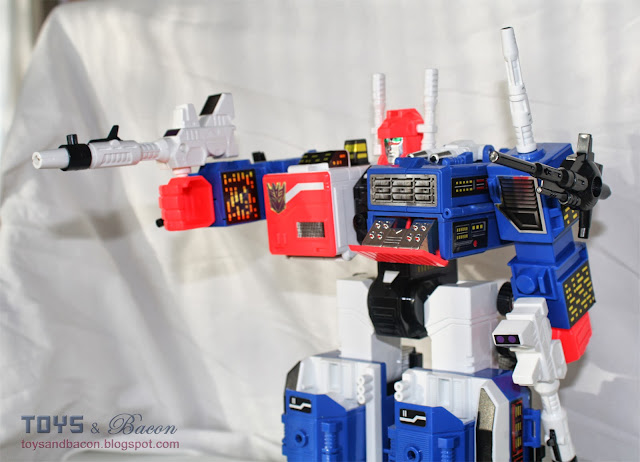 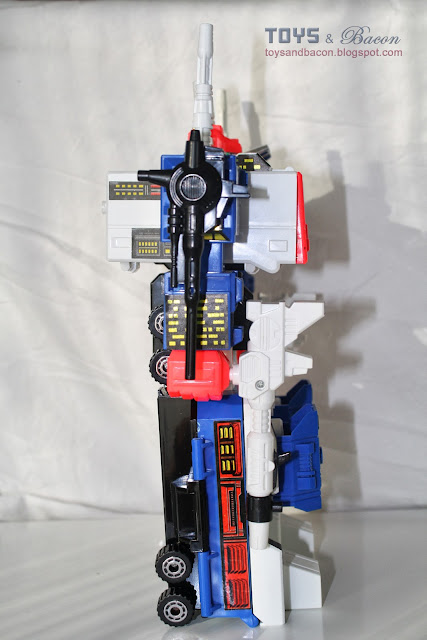 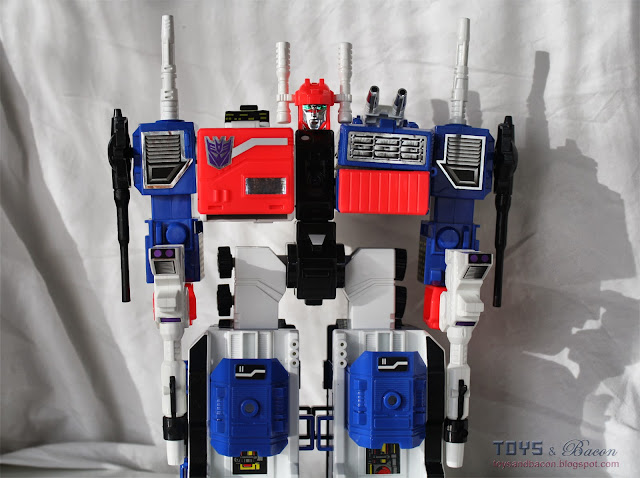 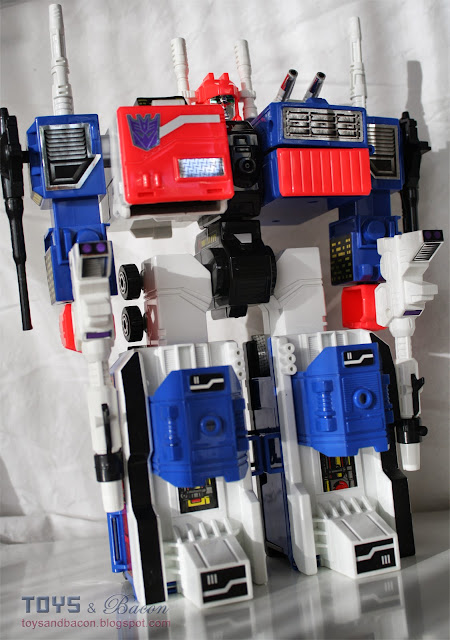 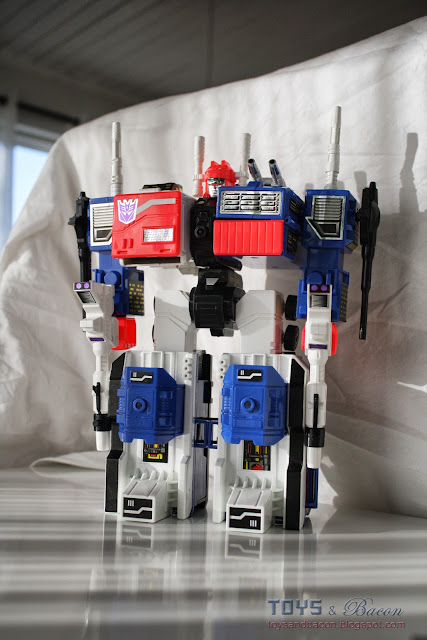 Reprolabels' upgrade set for Metrotitan is expensive, but I'd argue that it is worth it. It made this fake toy into something I really enjoy. Would I have done this if my Metrotitan was a real one? I'm not sure, but the quality is high enough for me to want a set for my real Metroplex.
Posted by Jon at 1:08 PM

It looks more like a vintage toy than a bootleg, Pretty decent and well made!

He does look good, but you would definitely notice he was a bootleg/copy if you held him. He feels more flimsy than the real one. The plastic feels just a bit more cheap, and the colors look a bit off.