Reading will make you a better person

I've read a few books in my life. In fact, I would argue that I read a lot. At least if you include comic books.

My parents and my sister read significantly more than me, and they would probably say that reading novels and other types of literature are their hobbies, and if you include comics - mine as well. It's a weird thing, my closest family read a lot, and I feel the effect of this. They are smart people, with many interests. I've said so before, and it's worth repeating: People with interests are usually interesting. You can't attribute everything to the act of being able to read texts longer than newspaper headlines, but there's no question that a person who likes to read will accumulate more knowledge than a person who only skim through the pictures in gossip magazines.

And I'm glad I've been raised in a family where reading has been encouraged, and both books and comics have been in available in abundance. I'm lucky, as I believe an interest in reading has ultimately made me more creative, curious and reflected. The broader family, with aunts, uncles and what not, have with just a few exceptions no interests in reading.

Of course today, you cannot simply use the lack of a bookshelf in a home as an indication of people who have haltered their own potential (all though in many cases this is true). Times are different. Bookstores and publishers are struggling. But that doesn't mean people will stop reading, it just means that our reading habits have changed.

I had my sister and my nephew over for a visit the other day, they spent the weekend. I have personally avoided the Lego Lord of the Rings sets, as well as the absolutely fantastic sets based on The Hobbit. I can't collect everything, all though I wouldn't mind the 79003 set, "An Unexpected Gathering". My nephew, on the other hand, is a die hard fan, and wants all the sets. Only 8, he has yet to read the books himself. I seem to recall that when I was at his age, I tried reading The Hobbit on my own. Of course, it was best when I got read to. 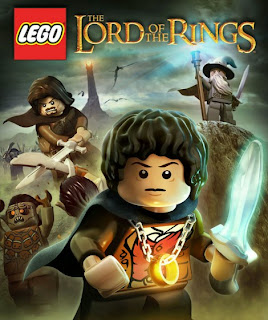 The weird thing is how my nephew prefers to obtain these stories: Through Lego, and the Lego video games. It's not unheard of to get good stories from a video game, but this just has to be a new way of experiencing the classic stories. It's an adaptation, first through Lego, then through a game.

Now, I'd argue that The Hobbit in its original form of a novel already is the optimal way an 8 year old could experience the story. But what ever makes the kids these days "read" quality material, right? For other, more mature books - like the Lord of the Rings trilogy - maybe a Lego-adaptation is the optimal way?

And if that in turn sparks an interest for actual reading, then the video games have absolutely served their purpose.

Anyway, Lego sets were bought, opened, assembled and played with. Pictures were taken, and articles were eventually written.
The sets were 9470 "Shelob Attacks" from Lord of the Rings, and 97001 "Escape from Mirkwood Spiders" which is a preview set for an upcoming part 2 or 3 of The Hobbit. 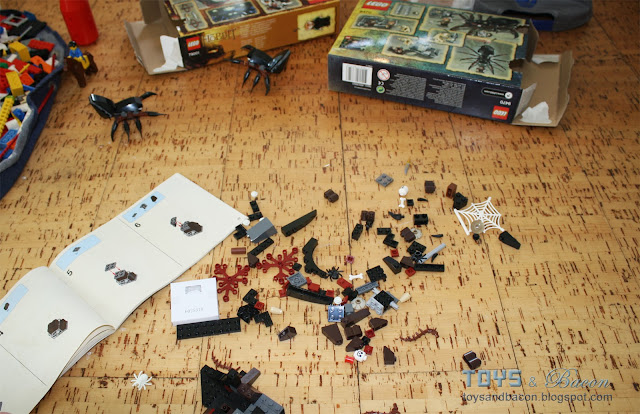 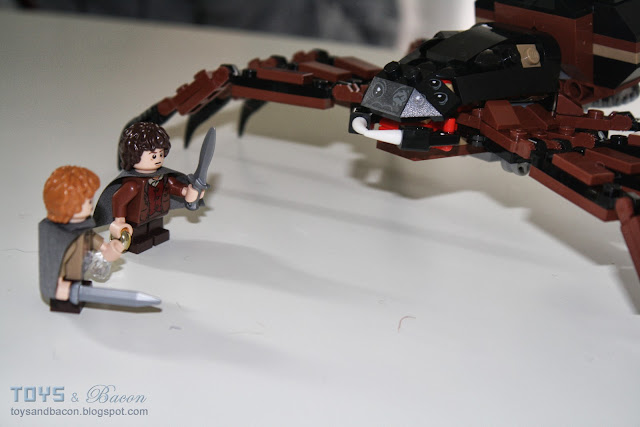 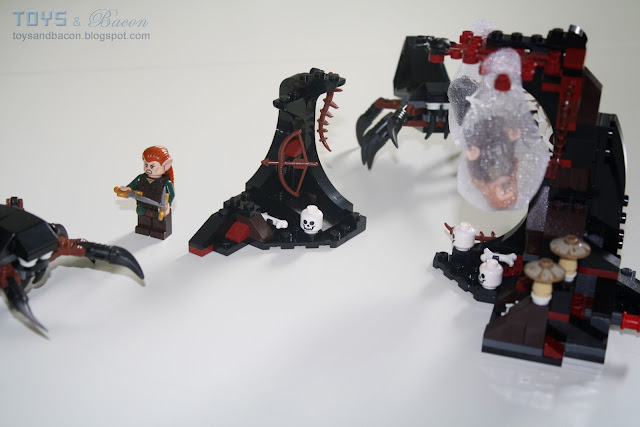 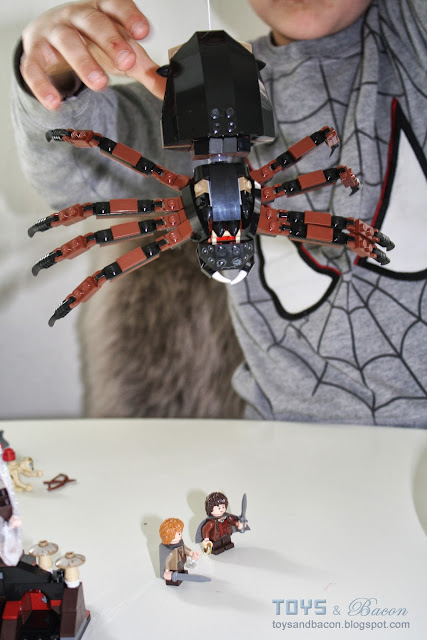 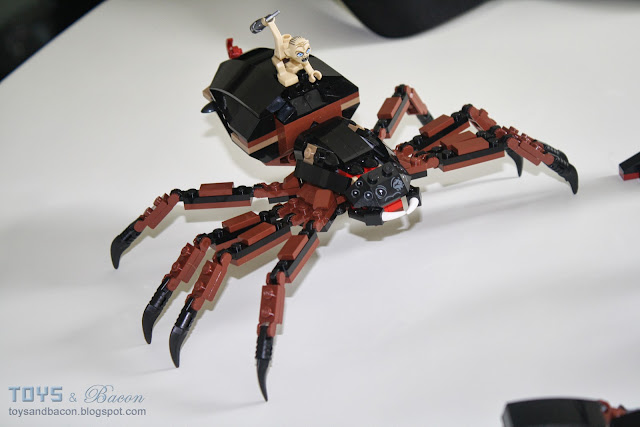