The Difference Between Boys and Girls (How to make Cinnamon Rolls) 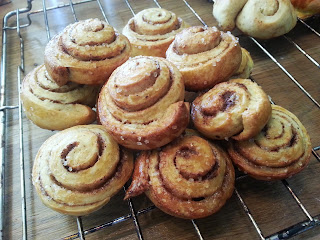 Read on for a good recipe, pictures of some nice looking rolls, some awful looking ones, and how I needed to be rescued by my girlfriend.

I wanted to surprise my girlfriend with a snack, and I knew I had a good recipe for cinnamon rolls. I had vacation, and she was at work. My goal was that she would come home to the sweet scent of freshly baked goods.

The recipe for cinnamon rolls are identical to the one I used for the Skyrim Sweetrolls.

Melted butter, sugar and cinnamon for the sweet filling. Start with smearing it with the butter, then add generous amounts of cinnamon. Sugar is a preference. I don't use too much.

But the recipe is really only half of the story. You actually have to roll out the dough properly.

Make a dough, let it leaven. Roll the dough out flat, add filling, make a roll, cut into preferred size, let it leaven some more. Oven at 225 degrees Celsius -(435 Fahrenheit) for 15-17 minutes.

Last time, with the sweet rolls, it didn't really matter how flat I rolled the dough, and as you can see in that article, the dough is rather thick.

This time, I followed suit, and did exactly the same. 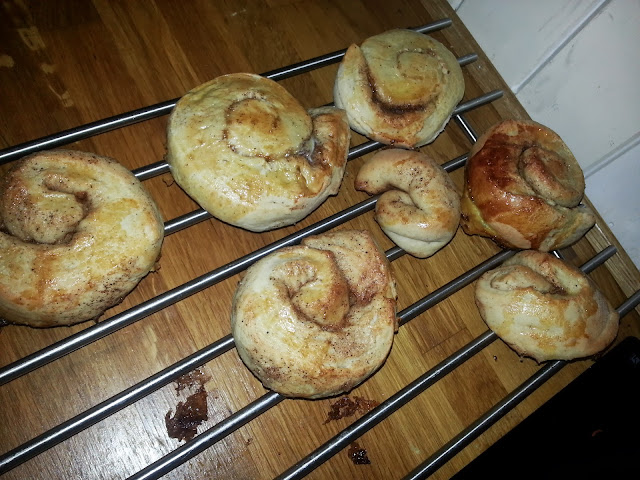 This is what my girlfriend came home to!

They look like poop. Have you ever seen worse cinnamon rolls? Now, the taste wasn't all that awful, but a quality cinnamon roll has a higher distribution of layers.

But that wasn't the biggest issue. My poop-rolls got me thinking, and asking myself all kinds of questions. Is it in my nature to be sloppy like this? Could it be a gender thing? I had to wonder. Were all my efforts in the kitchen like this? I'd like to think not. But I do tend to wing it, when making food. I definitely focus more on the end result: the taste, rather than the appearance. Did this lack of attention to details extend to other aspects of my life - and relationship?

Embarrassed, I had to ask my girlfriend to salvage this mess.

Here's how she did (notice the comparison to one of mine): 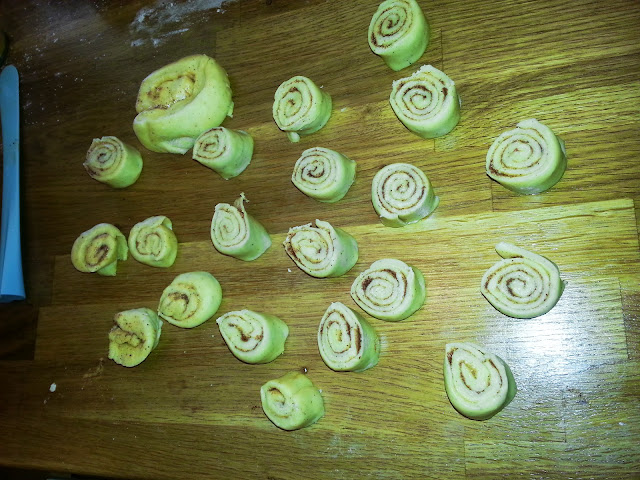 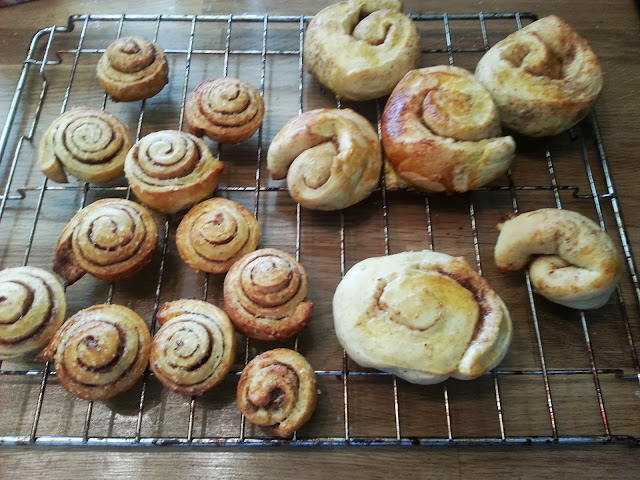 She tells me: one should just roll the dough out as flat as possible, and as wide as possible. Make really wide a large rectangle, don't be greedy with the filling.
Then cut out smaller rolls, press them flat when you put them on the pan. And that's it. Perfect cinnamon rolls. 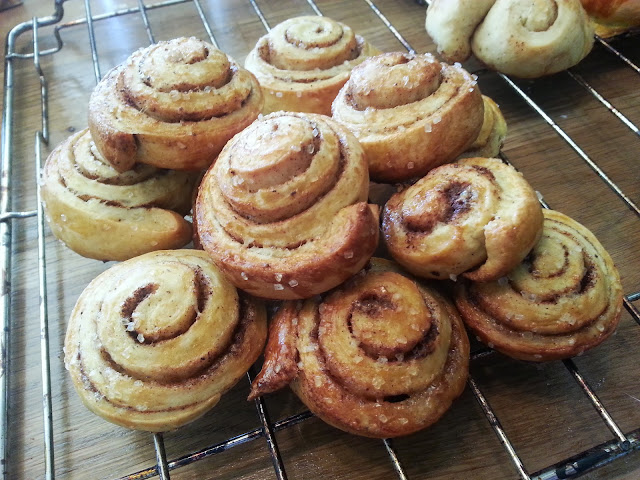 And that's how you do it, apparently...

Girlfriend told me that the recipe was perfect, and restrained herself from commenting on my sloppy rolls. She told me I have other qualities. I guess that's team work.