Ever since I ate at Crif Dogs in New York, I've been thinking of doing some hot dog sauces. When ever I have eaten hot dogs in the past, I have usually added ketchup and mustard. That's fine and all, really, if you want your entire meal to taste like ketchup and mustard. But the relatively powerful taste of the pre-fabricated sauces tend to hide the taste of the dog itself, and the entire meal ends up tasting vinegar.

So why not make your own sauce?

At Crif Dogs, I had a fantastic dog with something that resembled salsa sauce and a sour cream sauce. That's where I began.

First up was a tomato based sauce. I added garlic, basil, onion and tomatoes, everything very finely chopped. I also included salt and cayenne pepper, a tiny drop of vinegar before I ran it a round or two with the handheld blender. 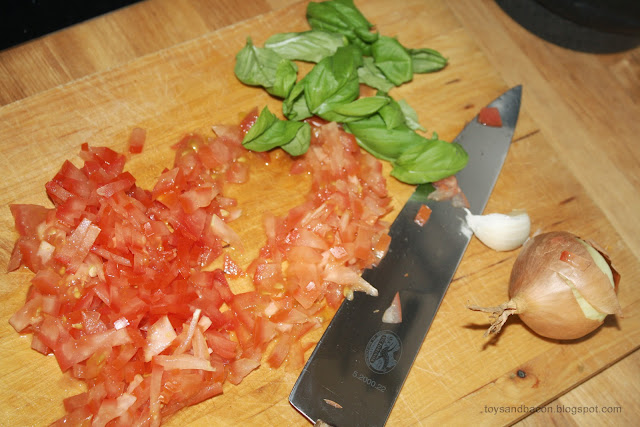 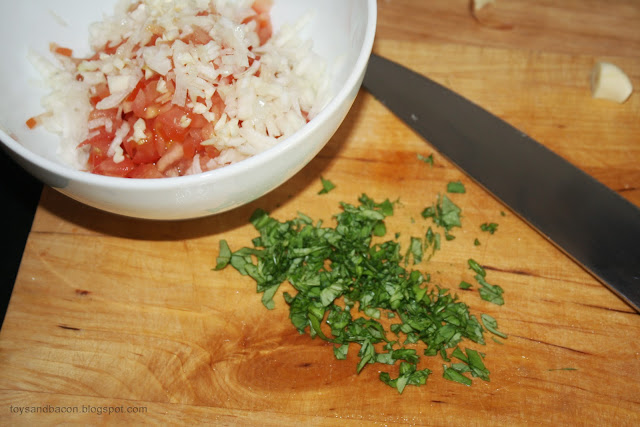 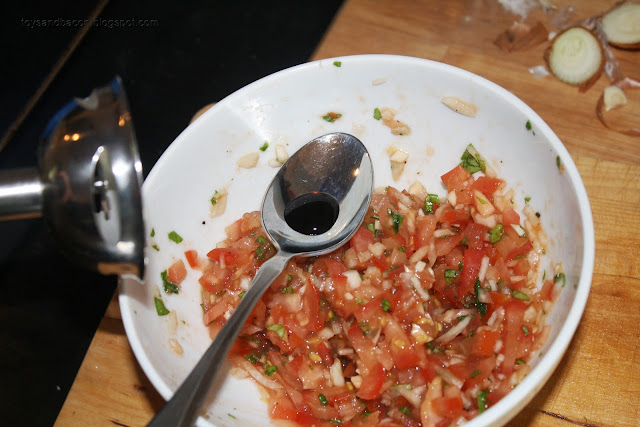 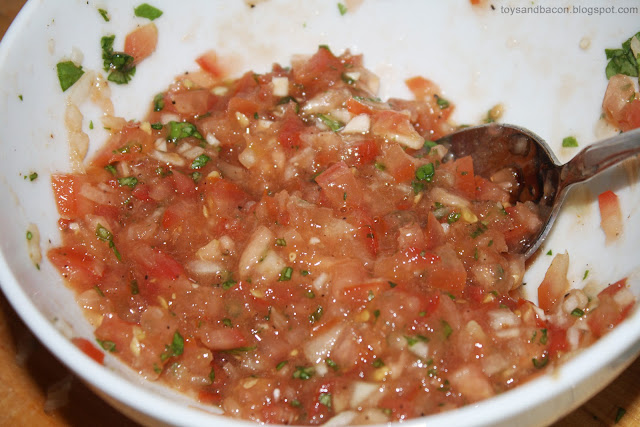 Next up was the sour cream sauce. A couple of table spoons sour cream. Again with garlic, salt and a serious amount of black pepper. This one also had thyme. 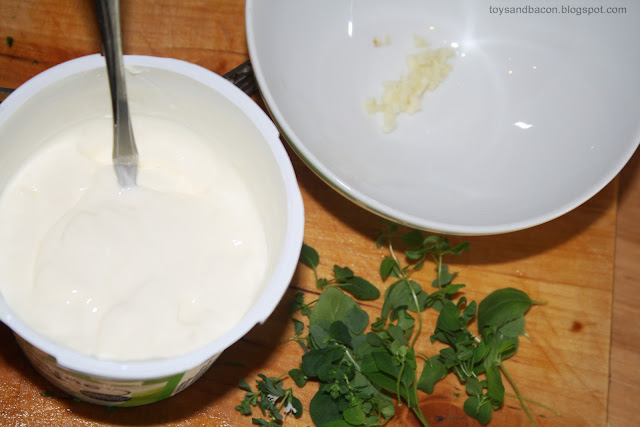 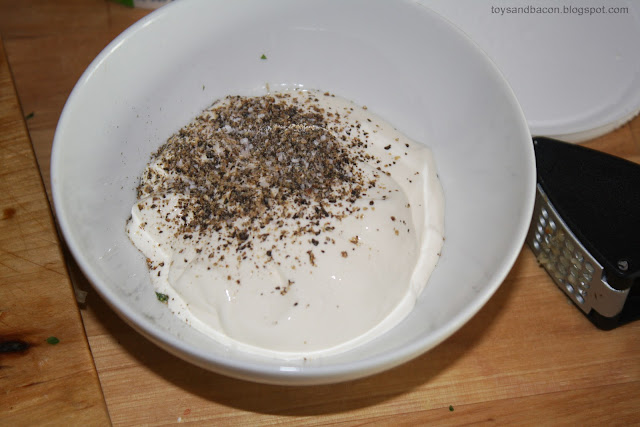 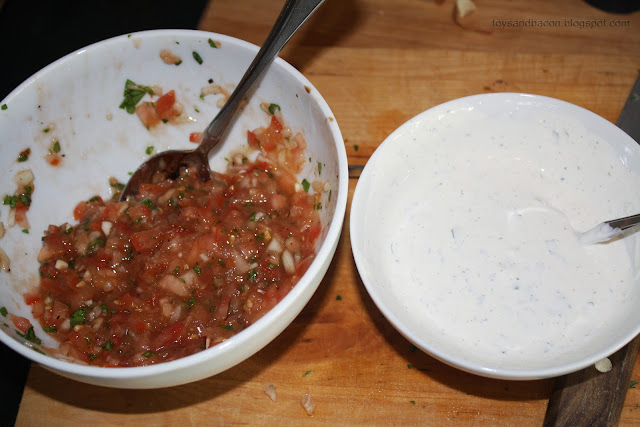 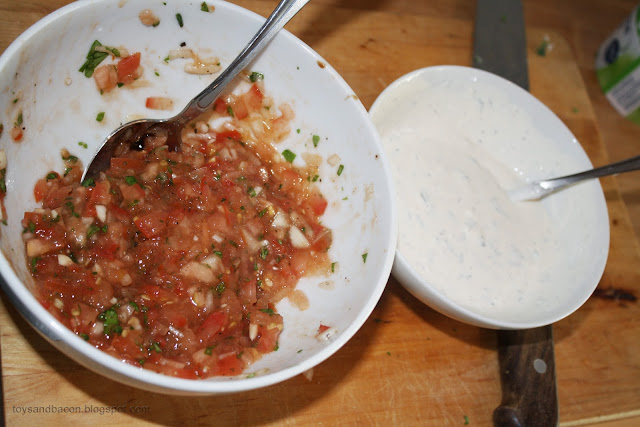 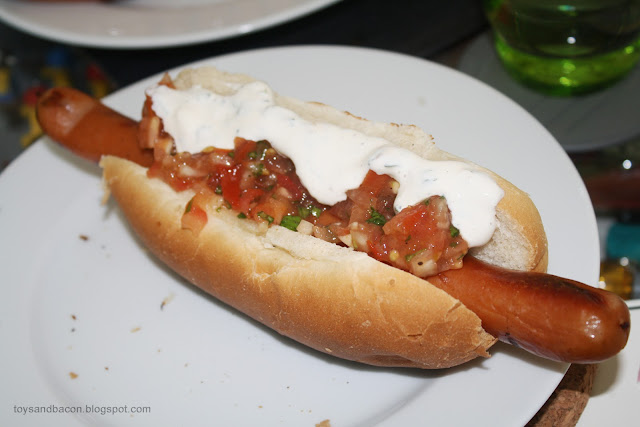 And that was it. Definitely my new favorite way of eating hot dogs! Use them one at the time, or simultaneously. Enjoy your dogs!
Posted by Jon at 7:29 AM