Toys Sure are Dangerous

A morbid rant today. I guess I have seen one too many episode of Breaking Bad.

In Europe, and more specifically Scandinavia, where I live, this sort of thing is almost exotic. The various warning labels on everything and anything are of course not there to warn us, but to prevent lawsuits.

And that's a bit exotic. Because here, if a kid swallows a toy, the blame falls to those who deserve it, not the ones who made the toy. Any parents with brains know that kids put stuff in their mouths, and that too small pieces will be swallowed.

The most apparent consequence of this - that parents don't want to take responsibility - is of course the various disclaimers on toys.

I usually don't give this a second thought, but the other day I was sent some minifigures from the United States. Immediately I noticed the difference. Where the disclaimers on my toys were printed on the back in a rather unassuming fashion, these US released minifigures had the warning right on the front. WARNING: CHOKING HAZARD

Choking hazard. Sounds serious, doesn't it? Someone would definitely have died if that warning wasn't written on the package, right? Parents who are stupid enough to give a Lego Minifigure to a toddler are probably not able to read the warning either. So the only reason for the disclaimer is to avoid lawsuits.

As you can see on my European released minifigures, they also come with a warning. A symbol that warns you not to give this toy to a kid younger than three years. In addition, I can read in twenty nine languages that minifigures contain small parts that shouldn't be eaten.

That's a good thing. Because I've heard of kids older than three years that put stuff in their mouths.
I read somewhere that pen caps kill more people every year than sharks, lightning and snakes every year put together.

I will freely admit to being one of these people. Of course, I'm still alive to write this, but I also like to live on the edge. Whether it's toys, pens or other small items, I'm likely to put it in my mouth. I mean, what if it tastes good? Why should the other senses have all the fun?

Lego has taken this into consideration. They don't have to do this. After all, they have already warned us on the package. But because they actually care more about kids than some parents, Lego has started constructing the minifigure slightly different. Notice here that some of the heads have small holes on the top. 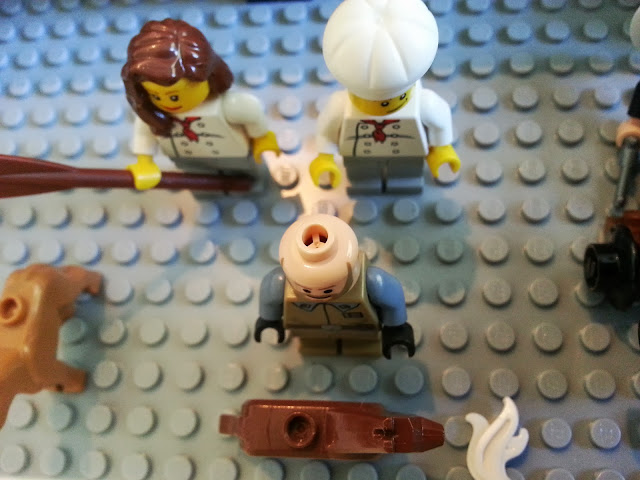 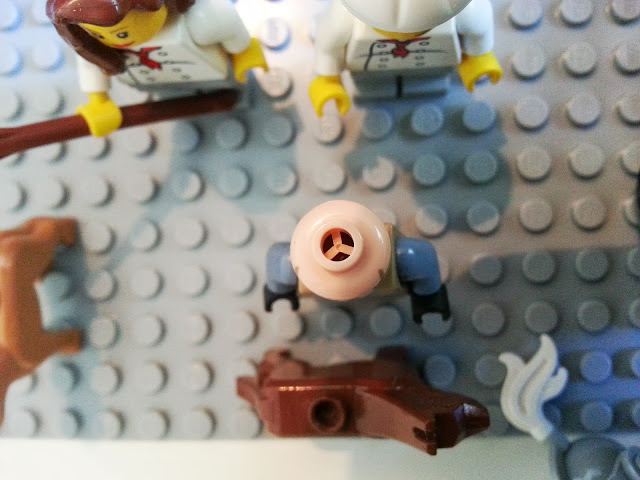 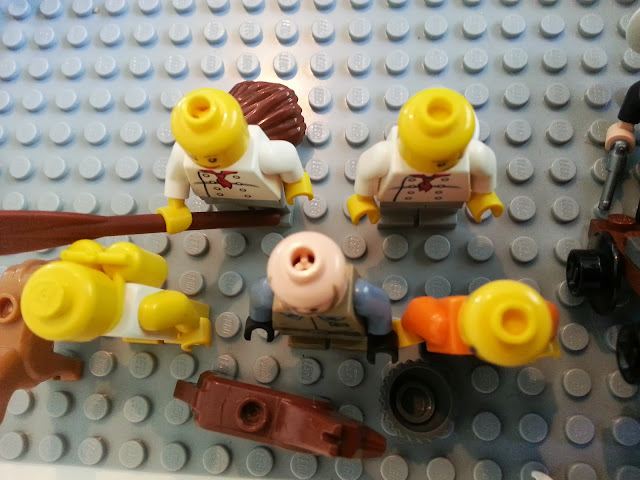 I haven't quite figured out why some of the newer figures lack this function, but after a quick check, it looks as though all the collectible minifigures have these small holes.
The function is of course that should someone swallow a Lego head, there's a higher chance that air will still reach your lungs. 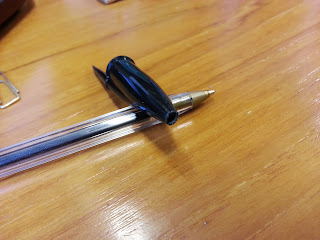 I'm ok with this, but I don't really want to see this progress any further. I'm all for smart solutions, as long as it doesn't take anything away from the quality, aesthetics and play values of the toy.

I'd like to believe I have good enough control over my body to not choke on a Lego head.
But... I guess anything could happen, and if I had to go, wouldn't it be kind of fitting to choke on a toy? "Here lies Jon. He swallowed an action figure".

Apparently, to prevent me from becoming part of the statistics, pen maker Bic takes action as well. Should you swallow this pen cap, there's still a chance you will breathe.

Pens, toys, snakes and sharks sure are dangerous. It's important to keep our kids safe, but there comes a point where people has to start using good old fashioned common sense instead of shifting the blame over at someone else. What's next? Warnings on my kitchen knife telling me it's sharp?

As morbid as this is: "Here lies Jon. He swallowed an action figure"....I have to admit I chuckled when I read it.