Toys are fun. I collect toys. I play with toys. Article number 300.

Would you know, I've written three hundred articles in this blog. Some of them are pure nonsense, some of them are well thought out, and some of them are extremely personal. This leans towards the latter, but I suspect any collector can find some meaning here. It's about stepping out of the comfort zone and finding something that re-ignites the passion. 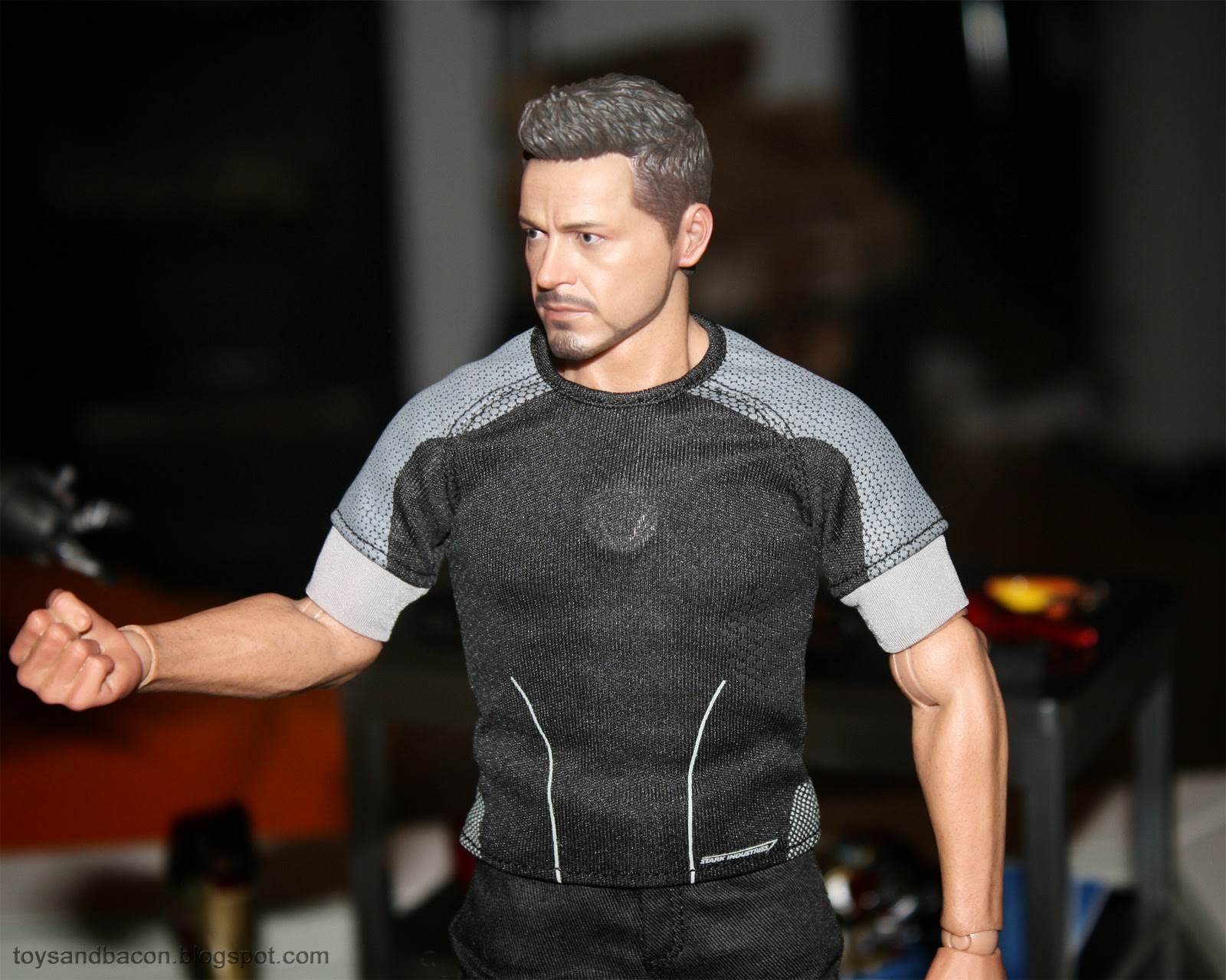 How do you use action figures?

Well, there are many ways, and I've talked about this before. Of course the most common way to use an action figure is to play with it like a child would. Well, I'm not a child, so you will probably not find me clashing my toys together and make explosion sounds. But what is the child really doing while playing?
The child is creating a story line, interacting with the toys, taking part in the story. It's entertainment and creation at the same time.

If I had a new years resolution this year, it would be to not collect stuff just to collect. The last few years I feel like I have been doing just that. Most of the toys I collect, I really like. That goes for my other collections as well. But I also found my self buying action figures and toys I simply didn't use.

Now, my action figures are being played with, but not exactly like I describe above. You see, I also consider it playing with toys just to pick them up, and hold them, look at them, pose them. And in some way, I do the same as the child. It's a combination of appreciation of the toy itself and the creation of story lines. The story lines are probably not as strong and as lively as when I was a kid, but they're still there in some way. I look at some of the pictures I take, and there's definitely story lines.

Far too many of my toys see little to no play time. And that's not how it should be. Sure, some of them I have stored away for a specific purpose, and for good reasons. Some of my toys are appreciating just by sitting in storage, like a few sealed vintage pieces. Some of them I simply have no room for in my current apartment, like the bigger Lego sets. And some of them are valued treasures from my childhood, that I couldn't possibly get rid of, even though I don't necessarily use them any more - my entire G.I. Joe collection for instance.

But I own toys that doesn't fall in any of these categories. What's really the point of these? I don't play with them, and I don't really need them. It's just stuff that's clogging up my closets. 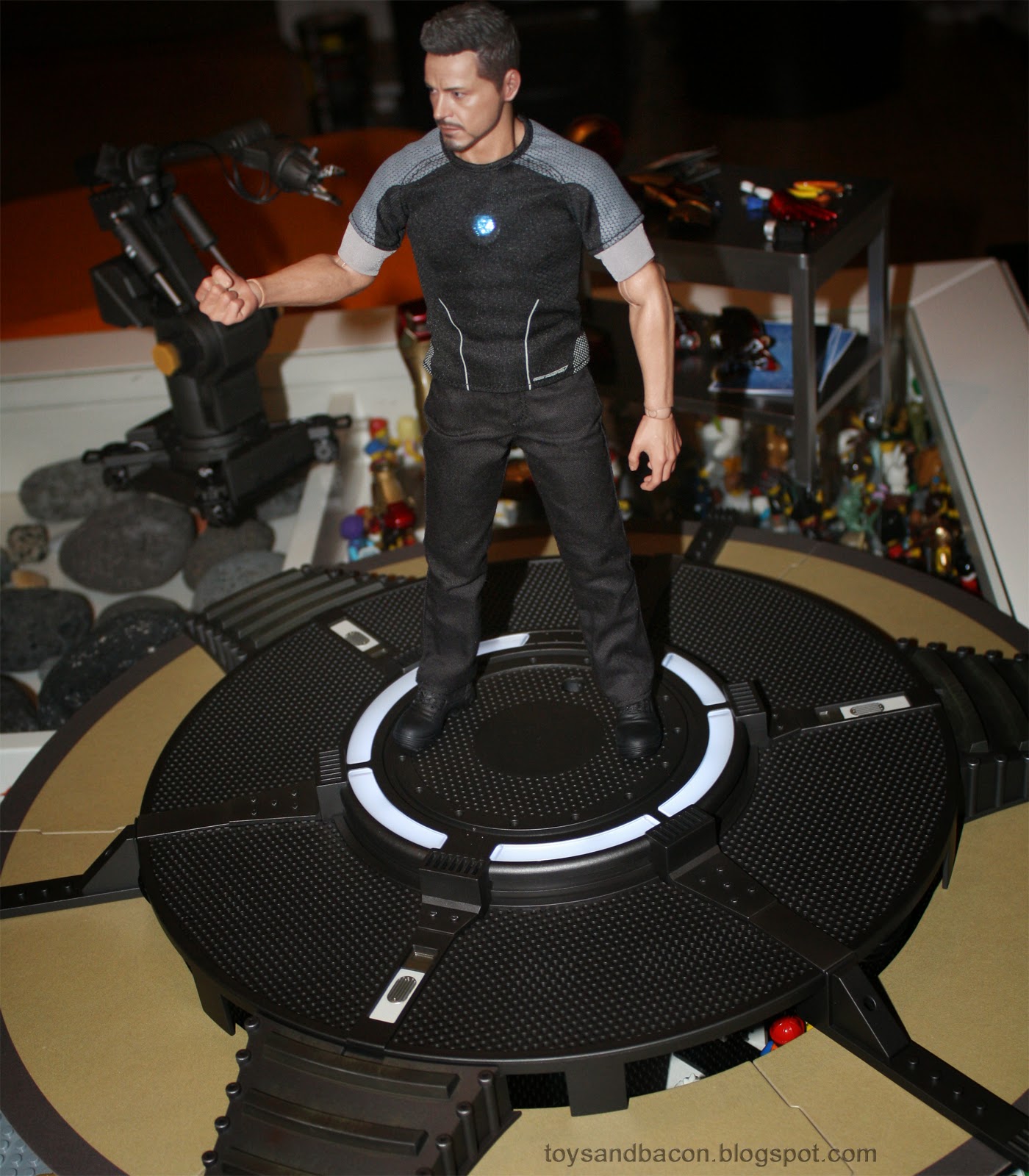 So since Christmas, I have been getting rid of - selling a lot of toys. We're talking a significant amount, both in numbers of action figures, and in money.

Some of this money obviously goes right back into collecting, but this time more focused. I have been drooling over the Hot Toys Marvel superheroes ever since the Hong Kong company made toys for the first Iron Man movie. And naturally, I too start with Iron Man - more specifically the Iron Man 3 Tony Stark Suit Test.

Now, this isn't about this specific Tony Stark toy, and I have only half-assed taken a few pictures of it. These pictures doesn't do the toy justice, and it's easy to find better pictures online. This is about what these figures are bringing to the table. These are the ultimate superhero action figures.

In the past, my reasoning for not picking up Hot Toys figures have been: "These doesn't feel like toys". It's a common critique. They're extremely expensive, they're 1/6 scale, they're not intended for children.

But when I display them in my cabinet, are they not toys that I play with? When I can't even leave them alone in said cabinet, am I not playing with them?

The details on Tony Stark are amazing, his head sculpt is so realistic it's almost creepy. He has great articulation and comes with tons of cool accessories. Light up functions. I mean, apart from the high price, there aren't any reasons this couldn't be the perfect toy for anyone even remotely interested in action figures, comic books and the likes.

When I think about it, I actually understand why it has been difficult for me to make this jump, and that may also be the reason I enjoy these toys more than I had thought. These aren't rooted in my nostalgia in the same way as say G.I. Joe, Transformers and Masters of the Universe. These are only indirectly connected to my childhood. I have always collected action figures, and I have always read the superheroes. But as a child I never had superhero action figures, and I was never into 1/6 scale.

In that way, my Hot Toys Superheroes are something new, something exciting. Fear not, I'll still be into all the other stuff, Joes, Lego, robots and so on. But this is deliciously refreshing. 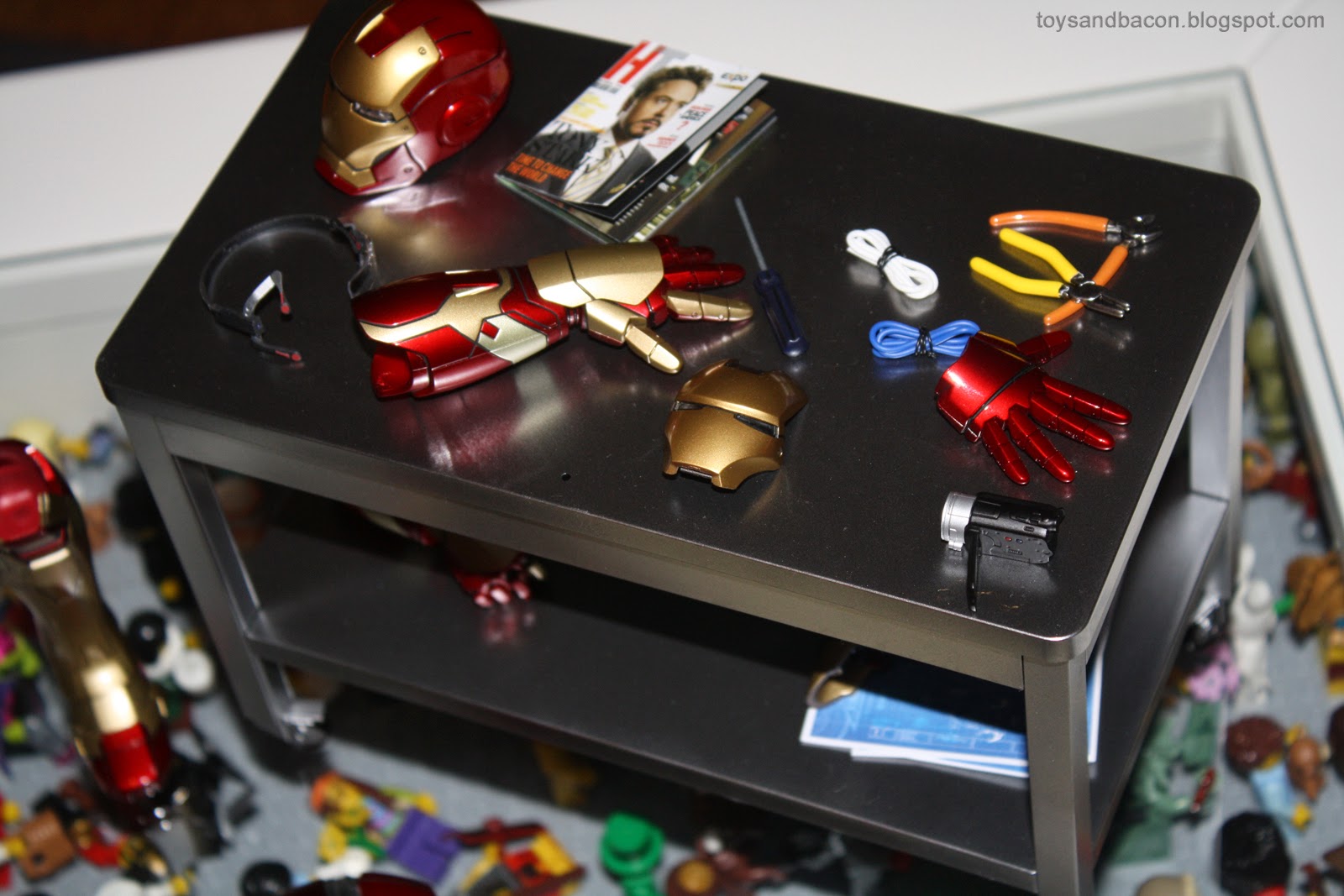 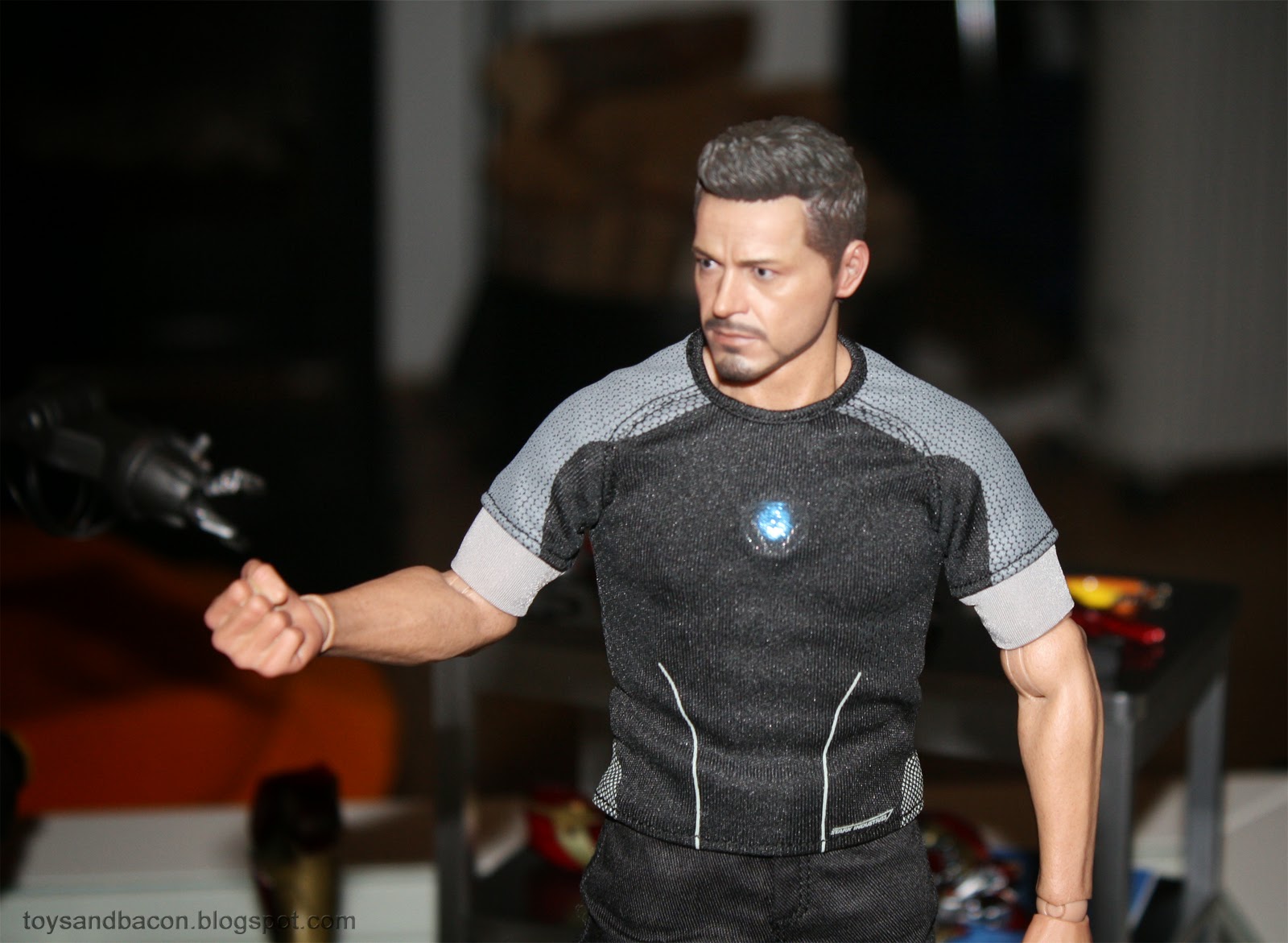 Current collection consists of Tony Stark, one of his suits, one of his super powered colleagues, one of his adversaries, and two members of the espionage agency. All are obtained by simply getting rid of stuff I didn't use. 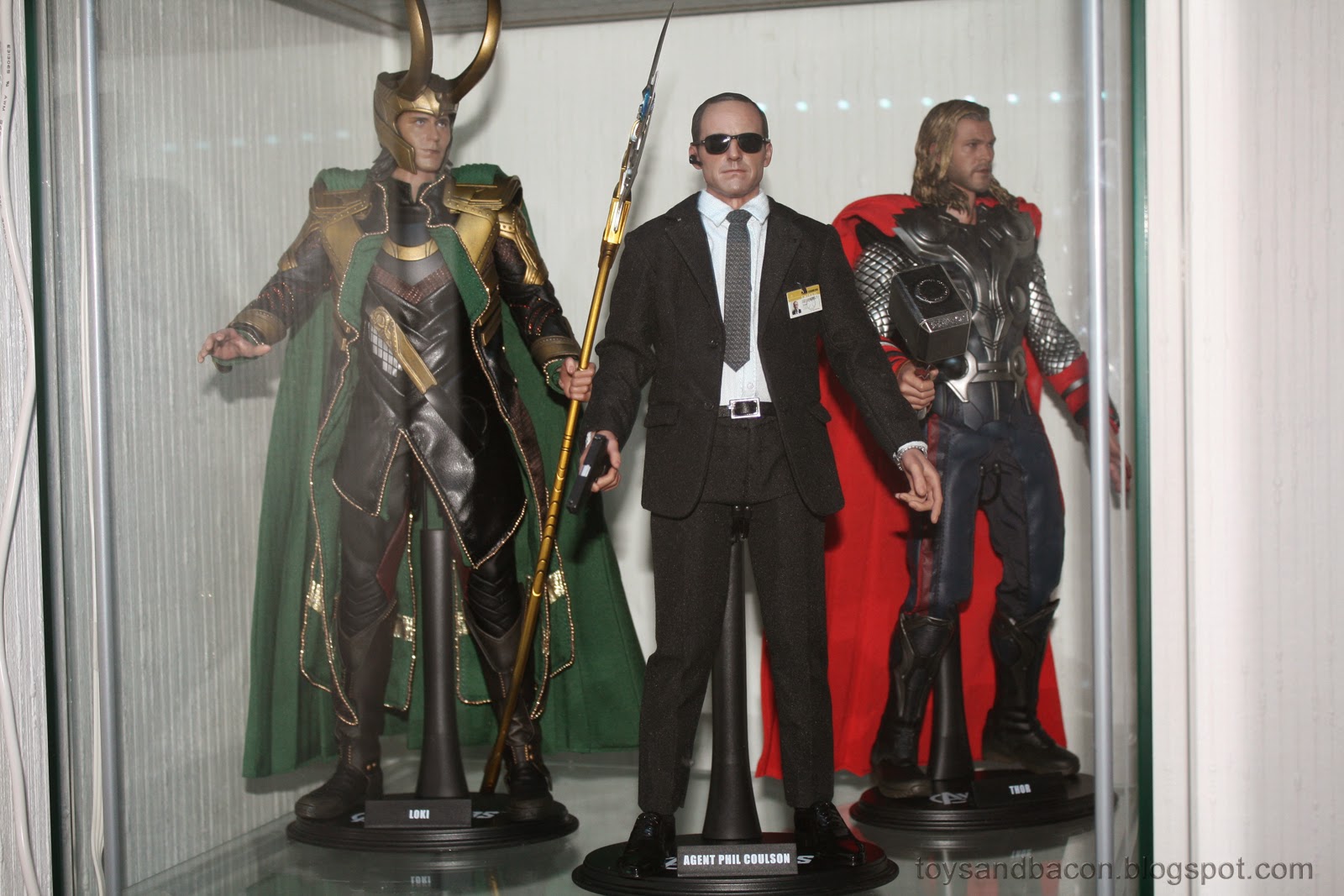 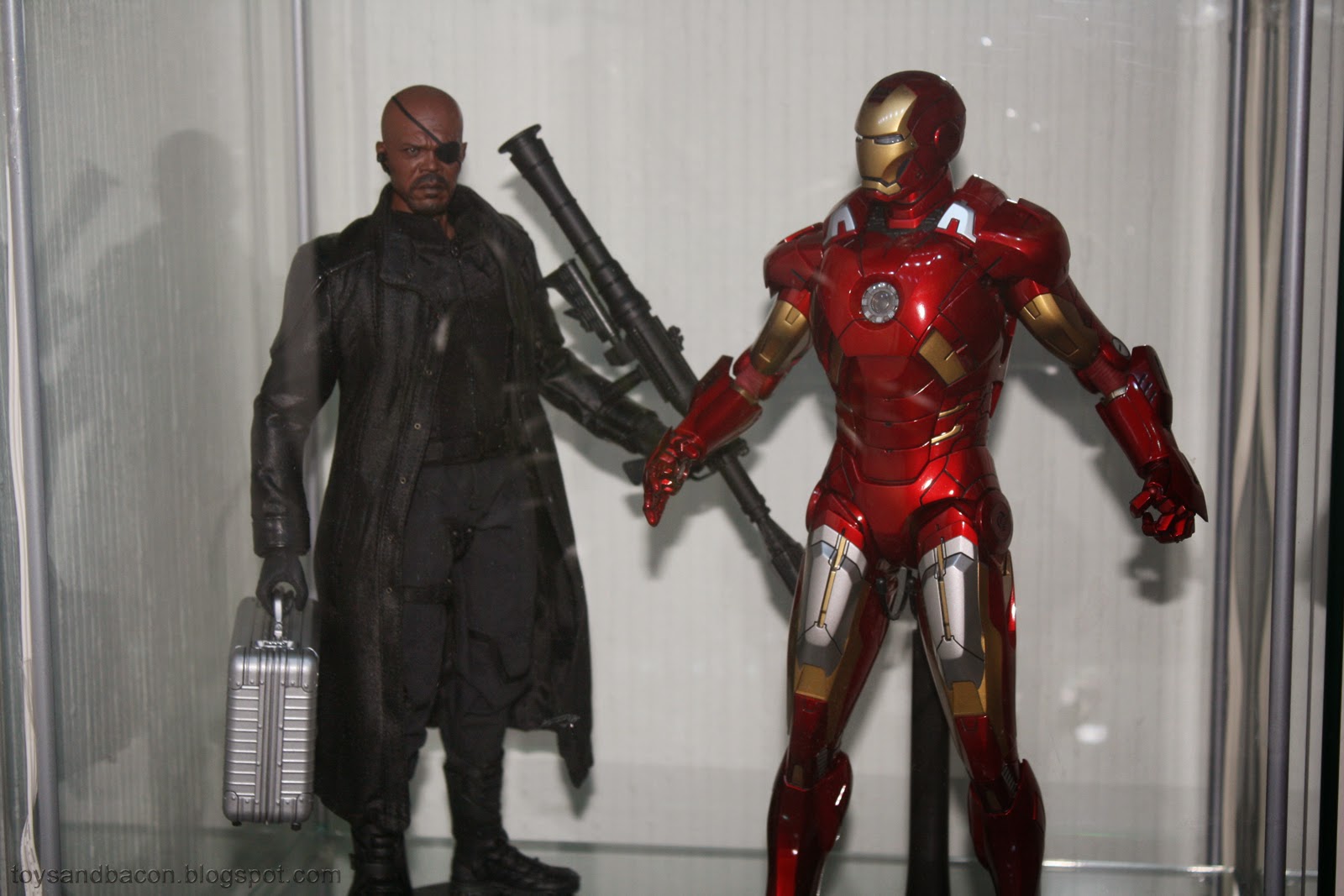