Yes, I'm strangely enough excited for Captain America: The Winter Soldier. Me and girlfriend saw The First Avenger again the other day, and are now ready for this next Cap movie. I liked Thor 2, but it would be seriously impressive had it surpassed the first Thor movie. But with Captain America, it's a bit different. The first one is good, but certainly not great, while the trailers for the new one are promising, to say the least. I expect it to be significantly better than The First Avenger (and I also expect teasers for the upcoming Guardians of the Galaxy movie).

Now, by now you have probably seen the various promo pictures for The Winter Soldier, the actual movie posters, trailers, toys (see the last update), stills, and so on. But this one is something different. A poster made in the vintage style that you would see in the 70s spy movies. Roger Moore's James Bond movies comes to mind.
Done by skilled artist Paolo Rivera, you can also check out his blog here: http://paolorivera.blogspot.com/

Marvel has said that it will indeed be a spy movie, with conspiracy and treachery being parts of the plot. But we have also seen the trailers, where stuff is being blown up. Passionately. I like both, and I think Paolo's poster resonate with this. 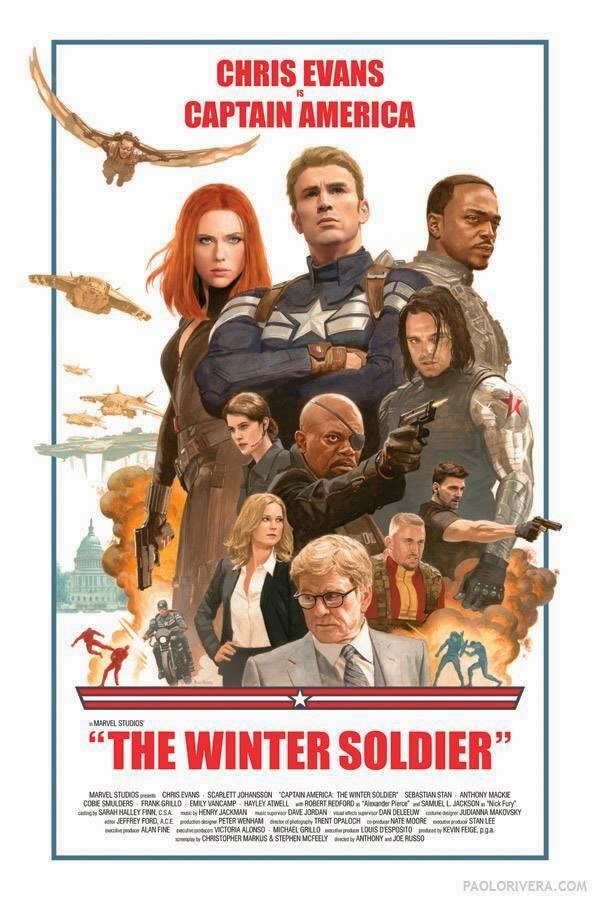 I love it, and it makes me even more ready for the movie the upcoming weekend.