A couple of years ago, I was camping ebay every day, searching for good deals. I had at all times at least 50 watched auctions, ranging from single G.I. Joe figures to enormous lots of various 80s toys. Sure enough, I managed to score quite a few great deals - and I'll tell about them in a bit - but more often than not, other collectors picked up the scent, and the auction ended in a bidding war. 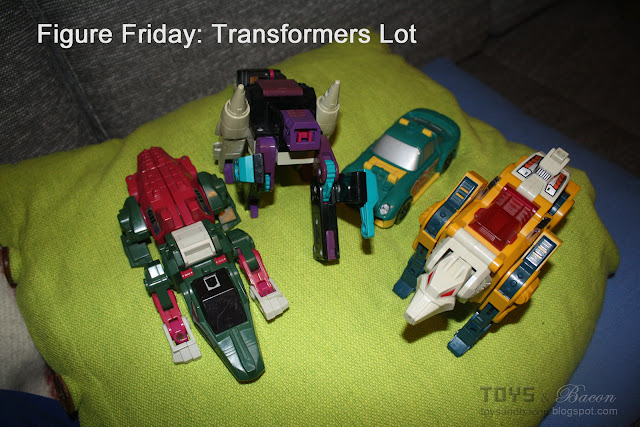 And with bidding war, I mean that the auction ended for a fair price. Because buying toys off of ebay was significantly cheaper than any alternative for me. Here, in the far reaches of the world, we had no toy swaps, no conventions, and a more or less dead personal ad market.

But yeah, I did pick up a few good deals.
The reason a good deal presents itself may be because the auction is listed in the wrong category. A toy hunter quickly learns his or her specific searches, also within less relevant categories. It may be to do a simple "Unopened Transformer" search in the "Toys and Hobbies > Other" category.
It could also be auctions that simply have vague titles. Like an auction I picked up listed as "toy jet", that turned out to be a complete G.I. Joe Skystriker in great condition.
And then you have great deals that for some reason simply slip under the radar. I scored an unopened Cobra FANG for $9.90. Why so cheap? Well, it was a Japanese box, and no one else placed bids. Good for me.

Most of the great deals can be found in the auctions where it's obvious the seller has no clue what's for sale. It could be people cleaning up their lofts, attics and storage units, and just dumping them in lots on ebay, without knowing what they really had. If they listed them as auctions, be sure it would turn into a bidding war. But just as often, they list them as "buy now", and if you're the first to see a cool auction, don't let it pass you by. 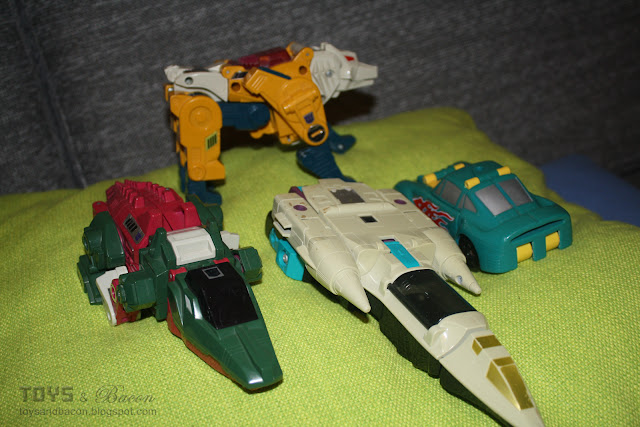 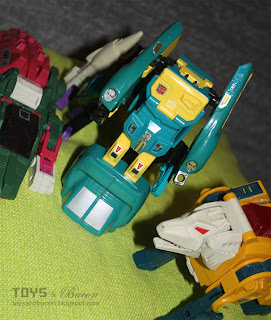 This lot wasn't super cheap, at $25. But it was still, in my opinion, a good deal. Neither of these are complete, and all of them are missing vital pieces (like their heads), but it was something I couldn't pass up.

Three Decepticon Headmasters: Weirdwolf, Skullcruncher and Snapdragon. And one Autobot mini-Headmaster, Nightbeat.
Nightbeat had some broken parts, Skullcruncher has a scratched canopy, but the other two look in decent condition, apart from being dusty and dirty.

I mainly wanted the lot for Snapdragon, a fantastic toy. But this particular example has some discoloration. That is not really a big issue for me, as I know the cure for discoloration. The missing heads, tails and weapons? It doesn't sound expensive, but it is. The heads command high prices, unless you're patient. I can be patient. I don't mind the hunt for missing accessories. It's extremely fun to finally complete toys like that. 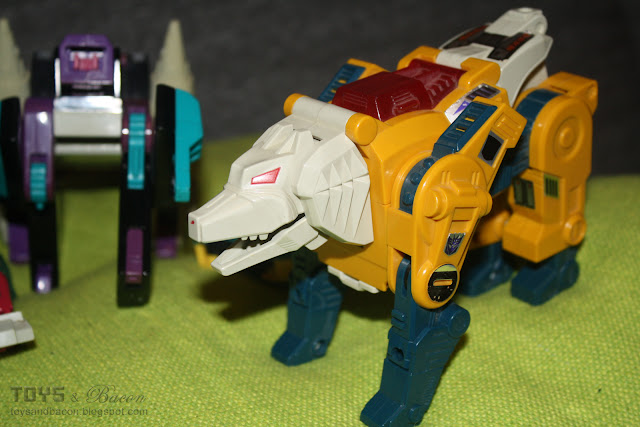 And if I fail finding that final wing for Snapdragon, I could always just buy a complete one, and use this for spare parts, or let my nephew play with it. 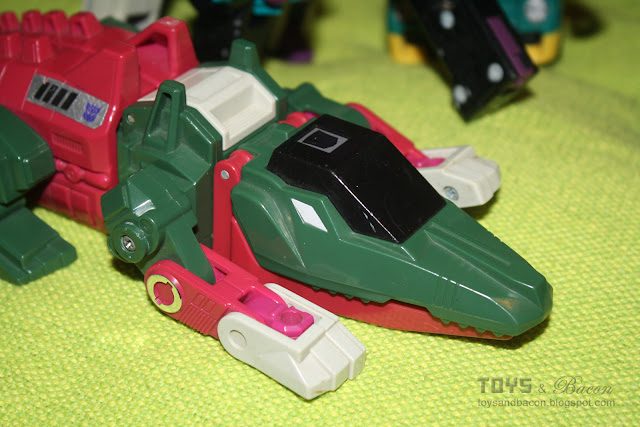 It's easy to be tempted to do the whole ebay thing again, searching for random old toys at great prices, but I think I'll stick with picking up those selected pieces I actually want.

That said, in the near future I'll share a few ebay tricks I've taught myself over the years, and of course, should you have any question or comments, just click below.

Enjoy your weekend!
Posted by Jon at 8:20 AM