Lego + Back to the Future will happen!

Again with the news? Well, I actually have something to say about these news, and you can't really call it news when Lego themselves broke the story.

The next Lego Cuusoo (sets designed by fans) project will be Back to the Future! 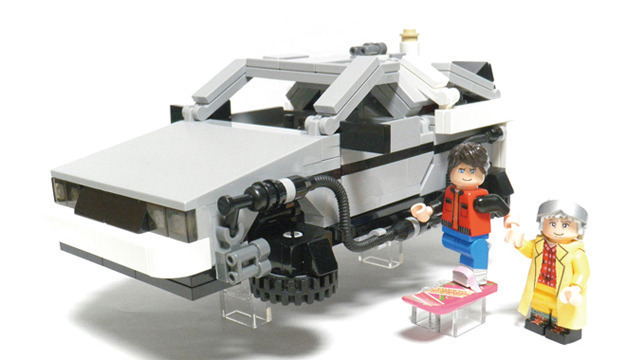 Here's my opinion: Lego just can't do anything wrong at this point. 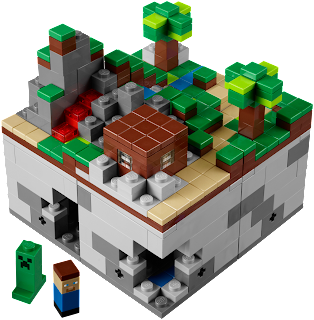 And they're beating all other toy makers in the process. The modular buildings and massive Star Wars sets are doing it for the adult collector. The mini-figures and Ninjago are taking everything away from more conventional action figures. Lego is also beating the others in price, playability, creative designs. Honestly, name one collector who'd rather have the Hobbit action figures than the new Lego Hobbit sets!

The Cuusoo project have been something refreshing, different. Something new. It's basically sets that are designed by fans, and voted on by fans. At 10000 votes, Lego decides if they can more along with the project, realizing it.

The Minecraft set (to the left) is such a set, and if I had been just a tiny bit interested in Minecraft, I'd be all over it. Multiples. The reason Cuusoo is such a good idea, isn't just that we're getting fan-designed sets, but that fans are allowed to think beyond the regular boundaries of Lego - basically anything goes, anything can be submitted to Lego, and it's up to other fans to promote the set and get the ten thousand votes.

In a way, Cuusoo reminds me of a more serious version of Mattel's one-time deal, "design a figure", which led to Fearless Photog. Mattel, acting their usual self, didn't come through with their promise to make Nathan Bitners "Heroic warrior of cameras" back in the 80s. But they eventually made him, earlier this year. A cool figure, but way too late. Picture borrowed from Poe Ghostal, who has a blog worth checking out.

Obviously, not all projects that reach 10000 votes can be done, since Lego has to work out rights to make the sets. For instance, we'd have a hard time getting a Cuusoo Transformers set, since the rights to Transformers construction sets are at.. Hasbro I believe.

But Lego and the Cuusoo group are obviously optimistic about the Back to the Future set. And that's a good thing! It's about time we got good BTTF toys! 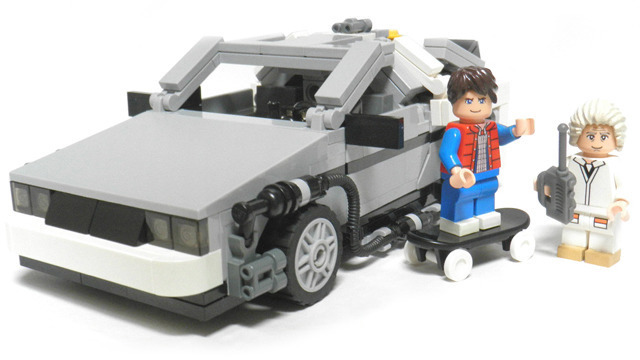 Remember Mattel's massive fiasco last month, when they revealed the steaming pile of excrement that was their "screen-accurate prop replica" of the Hoverboard from Back to the Future movies? Well, luckily Mattel isn't the only toy maker allowed to touch the amazing BTTF franchise.

This has me seriously excited at least! Will you be in time for this set?
Posted by Jon at 9:44 AM