As the title says, it's nice to share the joy of cooking, and she's definitely not lost in the kitchen. Awesome chicken soup, spicy, healthy, and relatively easy to make. 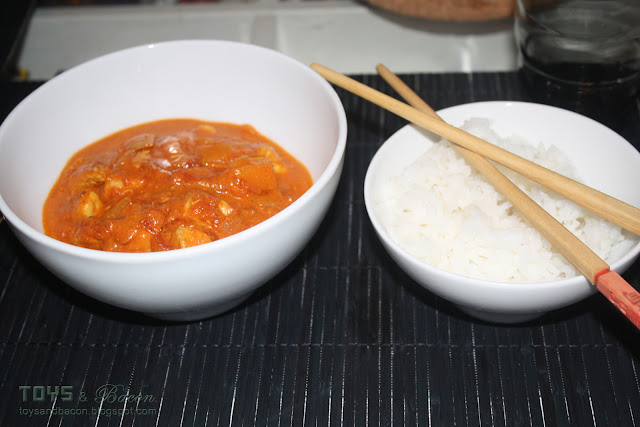 Read on for the Curry Chicken Soup!

In retrospect, I don't think this really classifies as a soup, I'd rather call it a pot. Curry chicken pot. But girlfriend calls it a soup, so who am I to argue.
She starts out with cutting up onion and apples, and frying chicken fillets. All the while she also has the pot ready with peeled tomatoes cooking on low heat. In the pot goes a hefty amount of curry and chili. 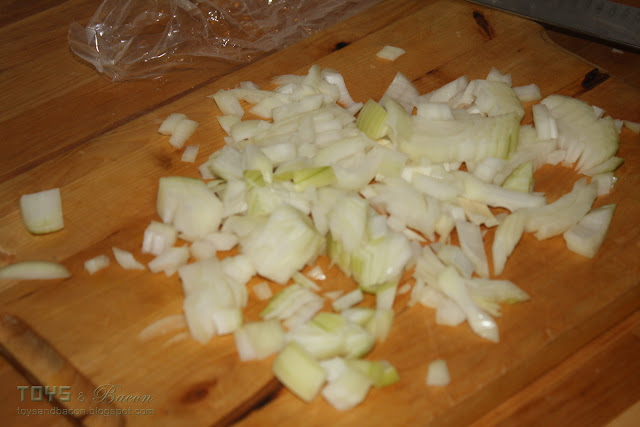 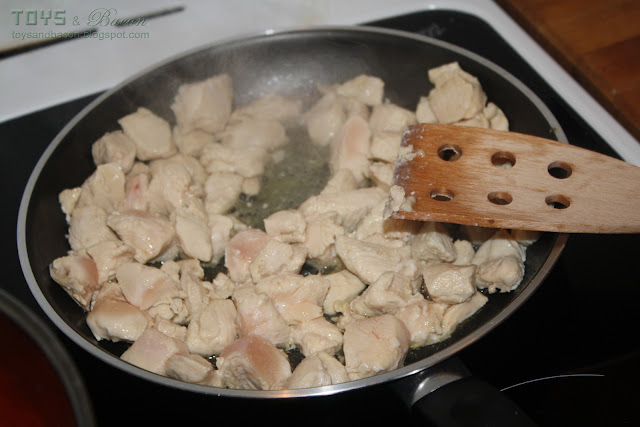 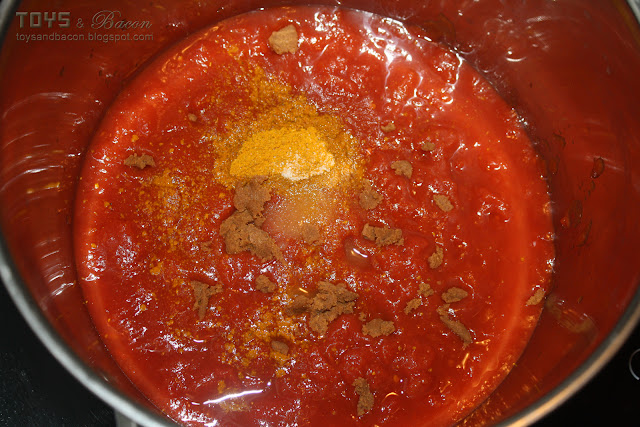 Girlfriend then mixes cream and sour cream, and adds to the pot.
The chicken should be more or less done by now, and goes into the pot, followed by the onion and apples. The pot sits for a while on low heat, before it's done. Served with rice.
Honestly, it looks a bit weird. And there's some spices here I cannot even identify. I'll have girlfriend chime in with an explanation. The end result was amazing though, I doubt I would have done it better myself. 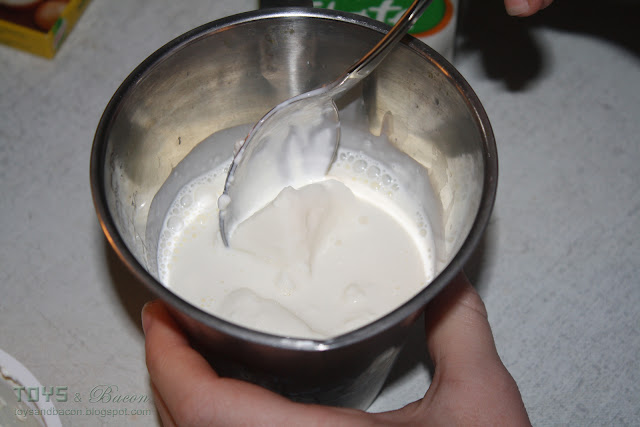 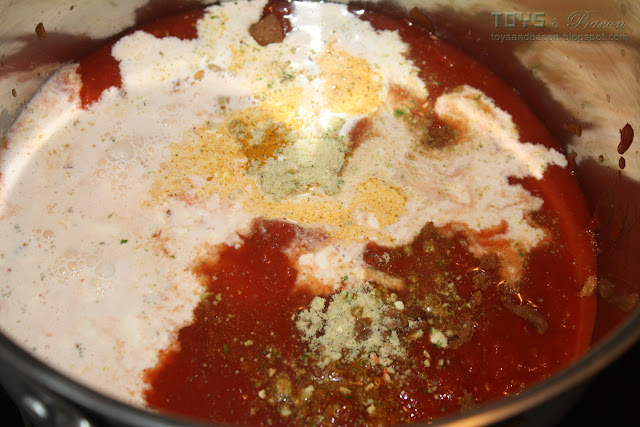 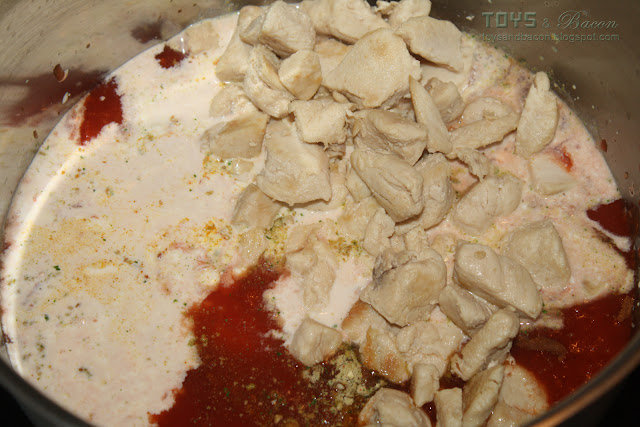 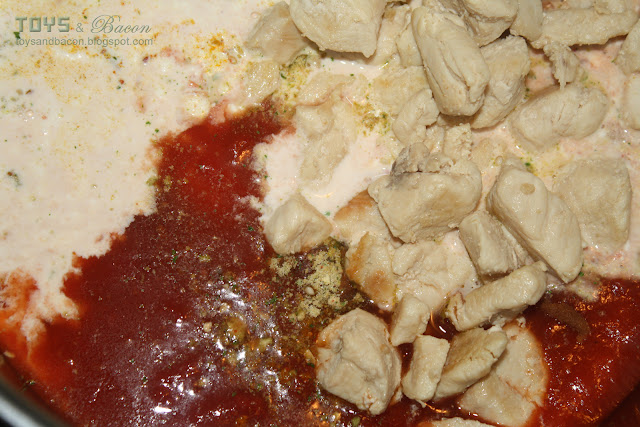 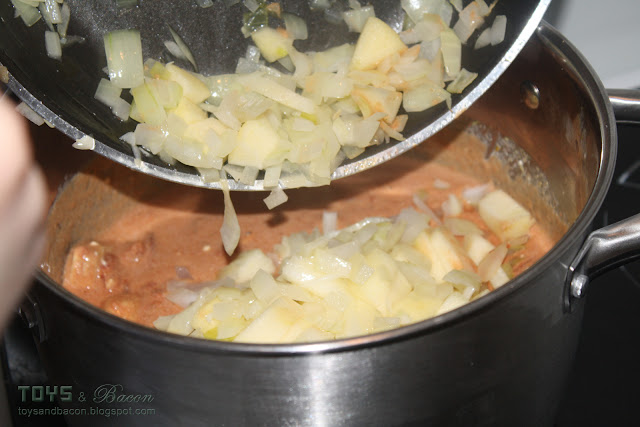 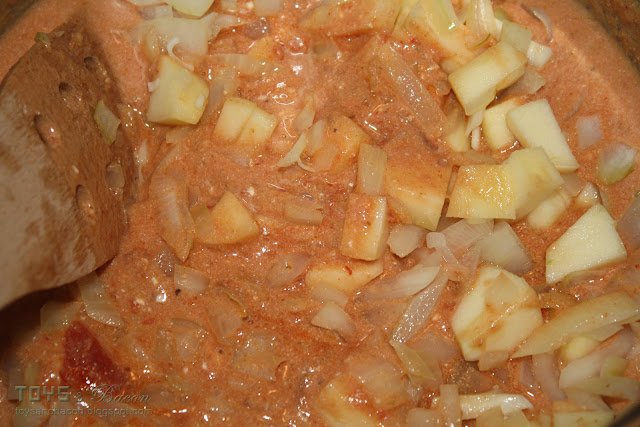 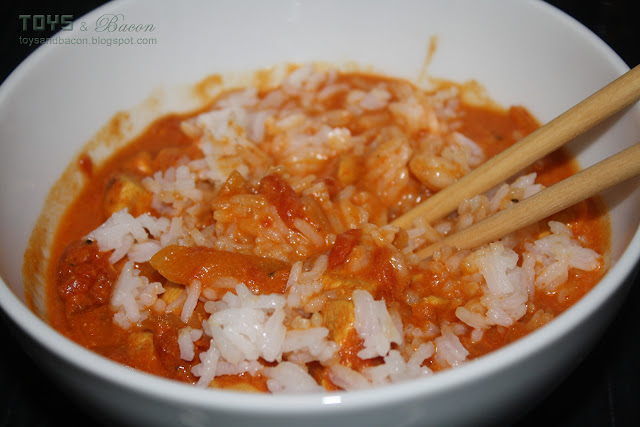 Completely unrelated news: Fans of the Back to the Future movies should check out Mattycollector, where they're begun the (apparently limited) sale of the Hoverboard Prop Replica.
Posted by Jon at 12:31 PM

This particular recipe is a bit lacking in detail. Very unlike so many you have posted previously.

What kind of details do you want? It's not my recipe, and I just stepped in to the kitchen to take a few pictures. I can't give all the details to the recipe.

Well, 'curry' has a pretty wide definition, so does 'chili'.

Personally, we have 3 kinds of curry sauce starters, and 2 kinds of dry curry, as well as curry leaves.

Is there a tomato sauce in there or is that the chili?

Spices I can kind of fake, I usually do, never using the same ones twice in a dish.

I love the toy reviews, but you have had some truly awesome recipes here.

I didn't mean to come off as flippant, I was attempting to be amusing.

Yeah, this wasn't proper curry. When we use the term here, we're actually talking about a spice mix. And it wasn't chili, apparently it was cayenne pepper.

The tomato sauce was simply peeled tomatoes with onion, salt and oil.

And I agree, making the same dish twice, exactly the same, is a bit boring.