As Christmas closes in, you start thinking about cookies, candy, cakes... and confect? The odd one out, it seems. I rarely hear about other people making them. But maybe it's not that strange. Dark chocolate paired with cognac is usually something kids don't like, and Christmas is all about the kids, right?
What follows today is actually not that difficult, but it takes a little while to make properly, and it can get really messy. But the end result is oh so delicious, and will impress most people. 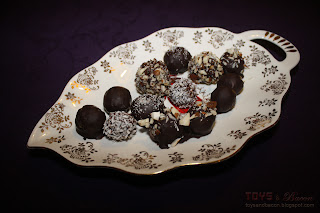 Read on for marzipan confect. 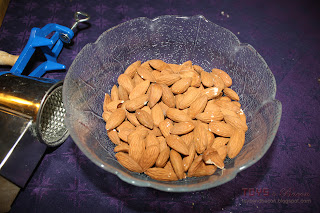 Start with making marzipan. Marzipan is the combination of ground almonds (you can use other nuts too), powdered sugar and a tiny bit of liquid. I use egg white. With one egg white, you'll need roughly around a lot of the dry stuff. Yeah, that's pretty accurate. 50% nuts, 50% powdered sugar.

The blue thing I use to grind the almonds is way too flimsy and small, but it's what I had. There's nothing worse than having crappy tools in the kitchen. Well, there are a few worse things, but it's damn annoying.

If you boil the almonds a bit, the outer shell will peel off, making the marzipan white instead of brown. I never care about that because it takes an additional day. You really should wait for them to dry after the peel is off. 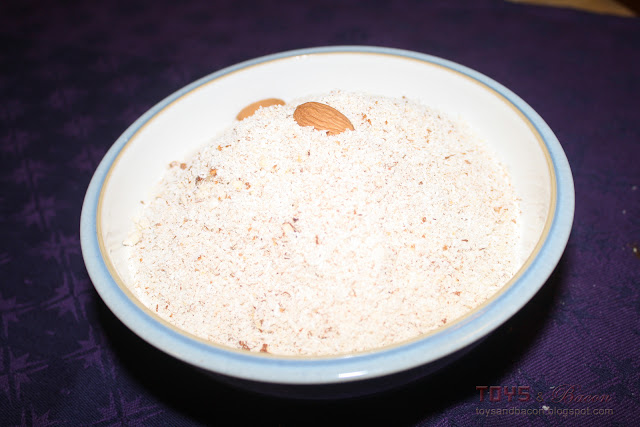 Like I said in the introduction, things can get messy here, you have a lot of ingredients, the chocolate tend to stick to anything, as does the marzipan. It's a lot of help having a second pair of hands when you make confection.
Or something... 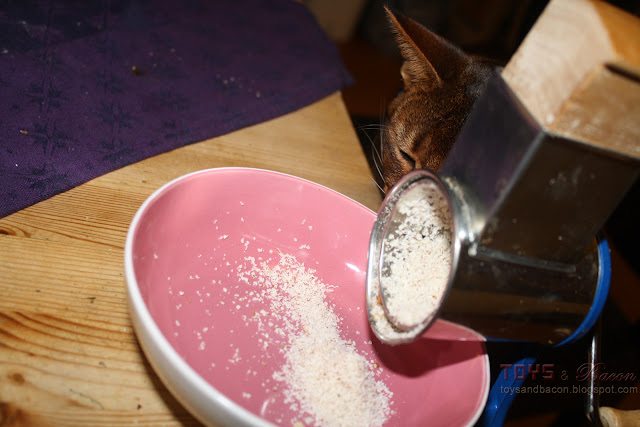 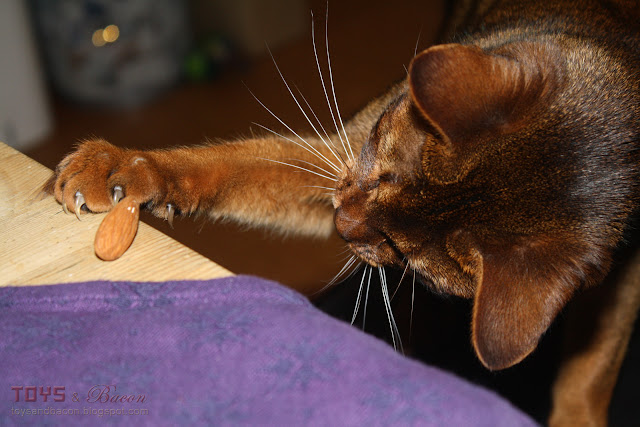 Instead of egg white, I think you can use water. Or any other liquid. You can also add chocolate. Or experiment a bit. Cinnamon marzipan? Orange juice marzipan? Chili marzipan? 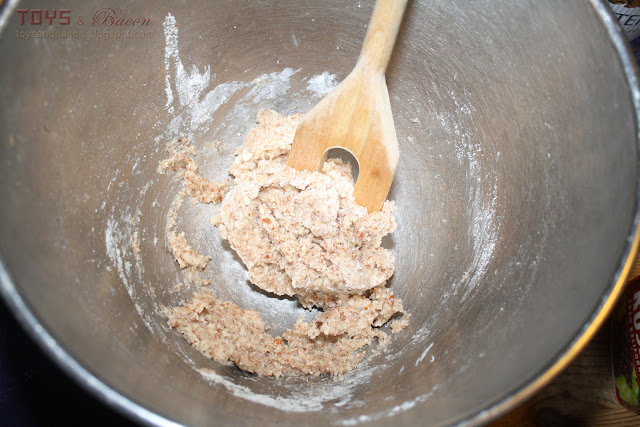 Ok, marzipan more or less done. Have additional ground almonds and powdered sugar ready in case it gets too sticky.
Now, gather all the stuff you want to have inside your confect. The only limit is your imagination. I'll admit I wasn't feeling extremely creative. I was tempted to try out some spices, but I ended up with some fairly standard stuff. Take a look. 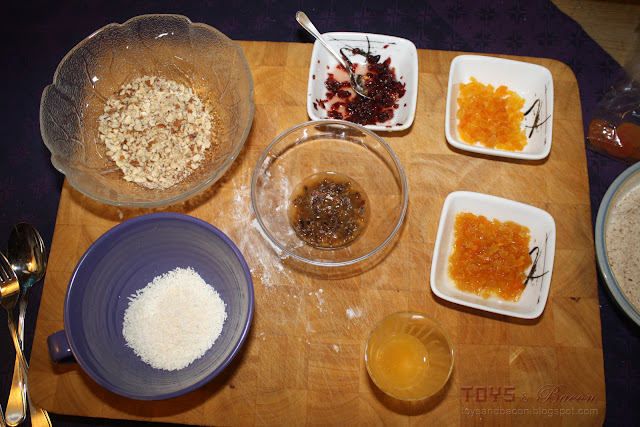 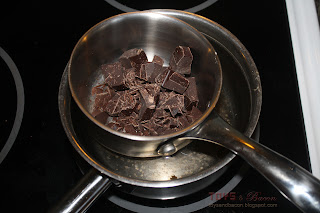 And of course melted chocolate... This was 55% cocoa, slightly less than what I usually use. Result is slightly sweeter taste, which I guess is ok, since it's confection. But I prefer it a bit more dark and bitter.
Notice how I melt the chocolate.

Now comes the time to roll balls of marzipan around what ever you want inside, dip them in chocolate, add topping of your choice. And you have made marzipan confection.
Store them some where cool. 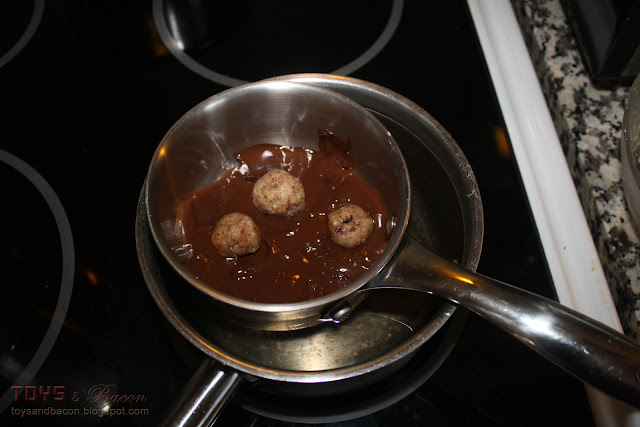 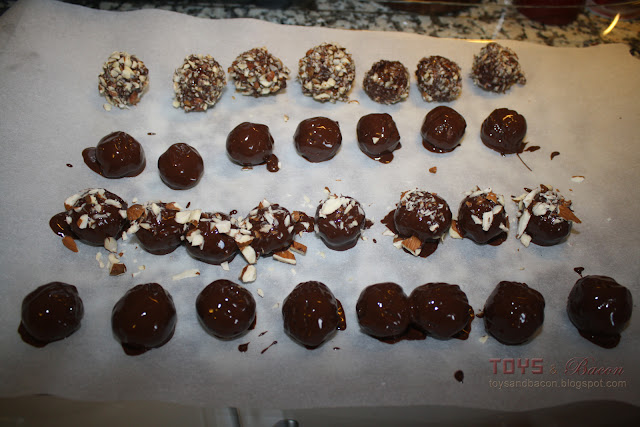 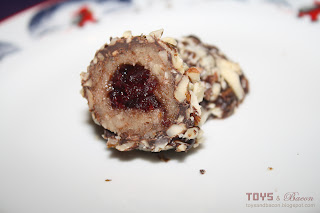 I also made a few with only marzipan (and cocos topping), and some with hazelnut cores.
A cool way to make it really pretty is to melt some light chocolate to use as topping.

Make no mistake about it, all these pieces are the kind they would write songs about.
But the top row with the cranberry/honey/cognac mixture is the kind of confection that would save mankind, make jokes about it and leave with your girlfriend in a time machine. 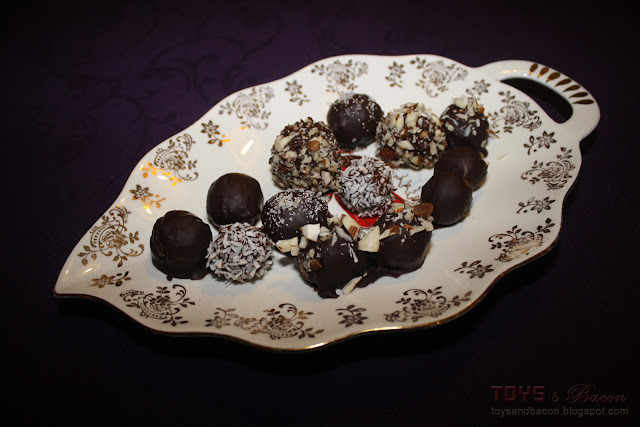 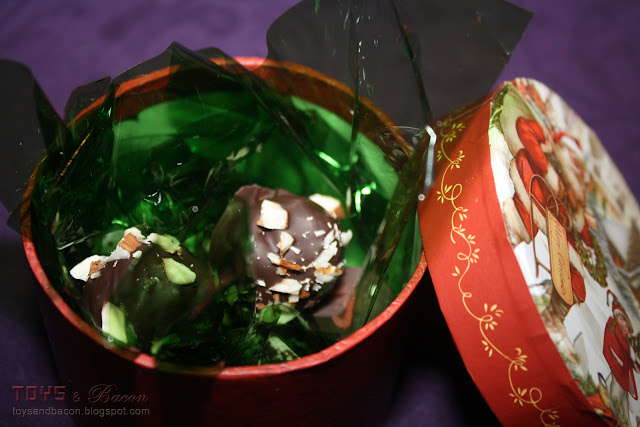 This makes for a nice gift as well. Small boxes with 4-7 pieces for those that already have everything? Or maybe a different kind of personal gift for someone special?
Either way, enjoy people!
Posted by Jon at 10:36 AM