I'm picky when it comes to my toys, but I'm not a purist - I don't need to have things just the way the factory made them, if I feel it can improve a toy, I have no problem taking a paintbrush to it. That goes for the accessories that come with the toys too. I display my toys with what ever accessory looks best on them, even if they come from a completely different toy line.
Last week, I presented you with the first of several topics on bootleg toys. Today I'm not highlighting a bootleg or fake toy, but a small and awesome company that makes completely original accessories for toys. 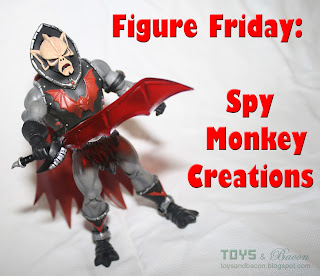 Read on for more on Spy Monkey Creations!

When the first Masters of the Universe Classics toys were released, they came packaged with a relatively low amount of accessories. This was obviously because the figures were supposed to be simply new versions of the old Masters of the Universe toys - which came on a consistent basis came with few accessories. The early MOTUs from 1982 came with 1-3 accessories, but that wasn't really separating them from Star Wars toys or G.I. Joes. But where Hasbro saw that the kids loved many guns, Mattel continued to give the heroes and villains of Eternia one axe and a battle armor. I can use toys I've talked about before. Hasbros G. I. Joe Blizzard from 1988 came with a respectable amount of accessories: skis, spiked boots, two weapons, removable helmet. Even his backpack had removable handles. The original Scare Glow from Mattel on the other hand, he came with a removable cape and a poleaxe. The new MOTUC version, which I showed you on Halloween, had the cape and poleaxe, but this time around, we also got treated to a third accessory: a cool little totem with a key inside.

Still, three accessories for a contemporary toy is at least two too few.
It needs to be said that both back in the 80s and today, Mattel sells accessory packs, with repainted weapons - which is obviously nice for us who likes to have variation in our toy display. But there's always that feeling of wanting something more unique and tailor made to each character.

That's where Spy Monkey Creations, and similar small companies come into the picture.

I don't really know a lot about their history, and you kinda have to expect there to be a history, considering their weird name. But what I do know is that they were two (now three) guys that made custom accessories for 6" toys, mainly Masters of the Universe Classics and DC Universe Classics (both produced by Mattel).
All they products are original, meaning that they are designed by the company and not re-sculpted from something Mattel made.


You can check out their homepage here: http://spymonkeycreations.blogspot.com/
Last thing I've heard is that they're working on something big. I expect it to be a modular weapon - where you can customize the weapon itself to your preferred style. A bit like they have done in the past with weapons matching Roboto and Trap-Jaw.
For us who are fans of tailor made third-party items, the next reveal from SMC is exciting stuff. Admittedly, they are good at causing an interest around their products, using toy forums and social media, like any other company I guess. But when you know that these are fans like us, probably not making a lot of money, if anything at all doing this, then that excitement is justified.

No matter what it is, I expect it to have good quality and be incredibly fun. 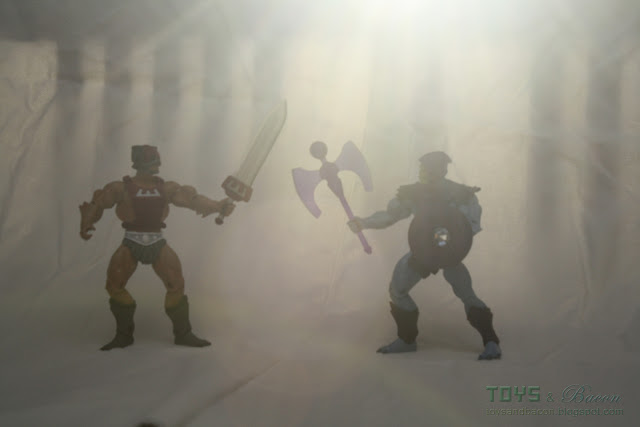 One of their first products was Zodak's sword. He's shown above with Skeletor, who also has accessories from SMC. 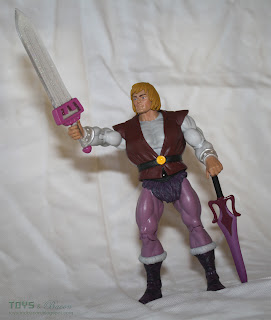 Zodak is notoriously known for having few accessories. Both the old and new came with a removable armor and a tiny pistol. Spy Monkey Creations sculpted  a great looking sword - it has that translucent look and Zodak's symbol on the hilt.
They can't directly say that these accessories are meant for Zodak, or any other named MOTU character for copyright reasons. That is why SMC, and similar companies tend to give their creations rather creative names. Zodak's  sword was named Master Blade of the Empyrean.
The sword was also released in different colors, to match 200x Zodac, Wun-dar. Other colors have also been seen, like this pink one.

Their seemingly biggest success came when they made a mace for the giant Tytus. He came, like his obscure 80s predecessor, packaged with a down right awful mace. It was supposed to be able to pick up the normal sized characters by their heads. Spy Monkey Creations made a mace that better fit the heroic giant. His bio says he helped build Castle Grayskull, and the mace almost feels like a mix between a tool and a weapon.
You saw it here when I wrote about Starcom toys. 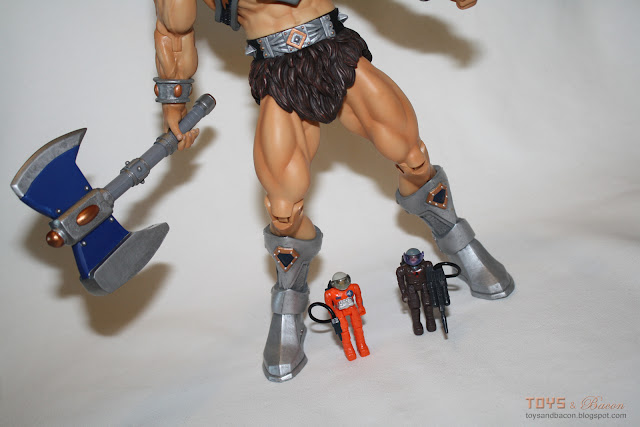 My personal favorite is still the sword of Hordak. He was my favorite MOTU character back in the day, and while he came with a decent amount of accessories when he was re-imagined in 2009, he still didn't come with a proper weapon. Spy Monkey Creations designed this wicked blade, that match Hordak both in style and colors. There's something magic as well as brutal about it. Just as you expect from Hordak. 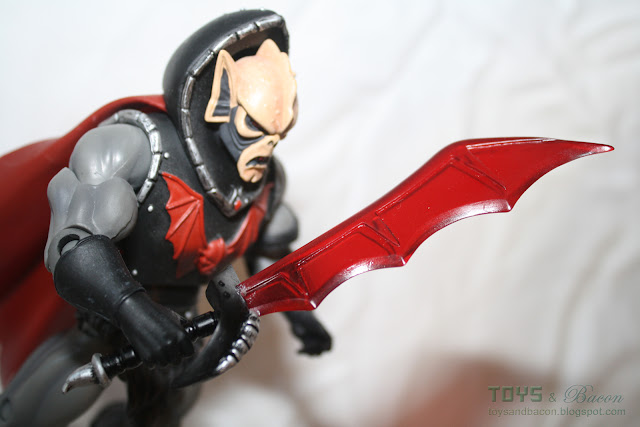 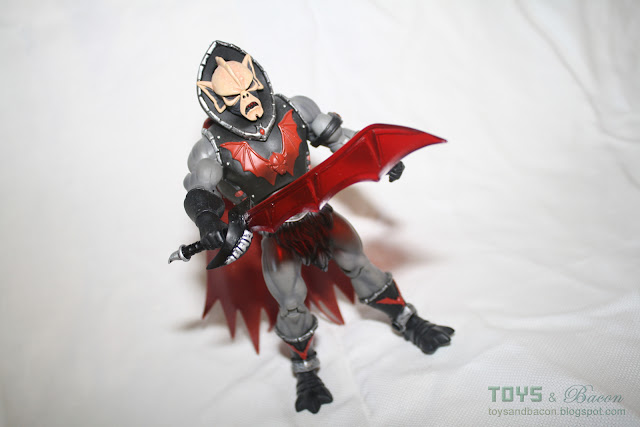 Spy Monkey Creations represent something that's good about toy collecting these days. First and foremost that toys are fun, they are meant to be opened, played with, displayed as you want - even if the accessories didn't come with the figure. Secondly, that the community has a lot of talent and resourceful people that are willing to make an effort to bring other fans what they want. If you have a very special request for an accessory, and don't really have the time to learn sculpting/plastic molds yourself, there are other people out there who can help you. 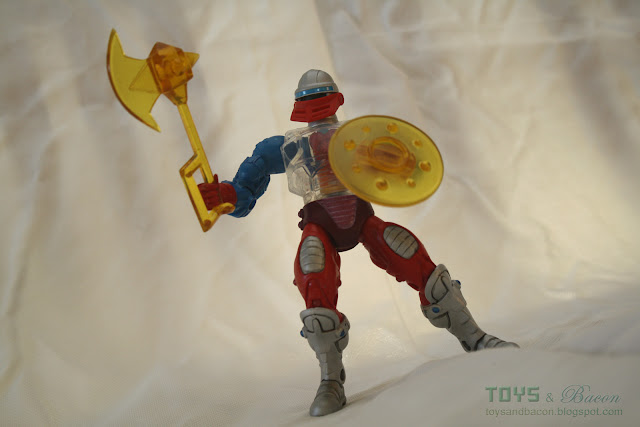 Enjoy your weekend, people!
Posted by Jon at 4:46 AM

Wow! Thank you for the awesome write up Jon!
We can't wait to reveal our new stuff for 2012. It's gonna be pretty wild.