Ideally, I should have called this topic "How to bake a bread" or something a bit less pretentious.
I have bragged about my baking skills in the past, with good reasons. I make a damn good bread, like world class good. But that's not to say I still don't have to stop to think of my next move when I'm baking. I'm not sure I could do it blindfolded for instance. And I'm also likely to fail completely if I'm experimenting with different ingredients.
But the fact of the matter is that I know how to bake bread, and I'd like to make a point out of how simple it is, and that anyone can do it. Chances are after a few tries, you quickly realize you can make better bread than most bakeries.
This is not necessarily a recipe for this very specific bread, but more general: How to bake a bread - or as you will call it when you're done: The Bread. 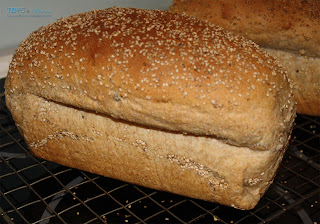 For once, I'll start with a very rough recipe and how-to. I'll go more into details later, but the bread is actually very easy to make. You just have to consider a few things.

1. Start with water. Around 300 ml per bread. Heat water to slightly above body heat.
2. Add:
-  flour (at least 50% of it should be wheat flour): add flour until dough becomes sort of solid.
-  salt (1 teaspoon for every 300 ml water)
-  oil or margarine (some)
-  yeast (any)
3. Knead properly. Dough should be really sticky, but not moist.
4. Let the dough leaven in a moderately warm environment. It should at least double in size.
5. Roll out the dough to bread. Use extra flour.
6. Leaven some more. Again, expect them to double in size.
7. Bake. 200 degrees (that's around 400 degrees Fahrenheit I think).
8. When you think the bread is done, you can probably leave it in 15 minutes more.

No really, that's it. Of course, as you'll see, there's some specifics to the flour, and how much water/how big a bread you want, but the process is very simple. Expect it to take a little while. While you wait for the leavening, you can do something else. Same with when it's baking.
Now, I'll take you through the process of how this very bread was made.

I start with water. I heat it up to what I believe is body heat, then I give it a bit more. I don't want to kill the yeast with too hot water, but I want to have it hot enough for a quick leavening process. 600-650 ml gives for two bread of a decent size.

Next up is the dry stuff. You should consider the fine wheat flour to be the base ingredient, and I usually aim to have anywhere from 50-75% wheat flour. The rest in this specific bread is rye flour, sunflower seeds and bran. You can't go wrong with bran, as it won't matter how much you add. It will give a darker color to the bread, and add some much needed fibers. But the rye will greatly change the way the bread behaves, how compact it will become. More rye - more compact bread. Experiment with different flour (and seeds/nuts/fruit) on the wheat flour base. Just remember that some seeds and some wholegrain needs to sit in water a while to become digestible. 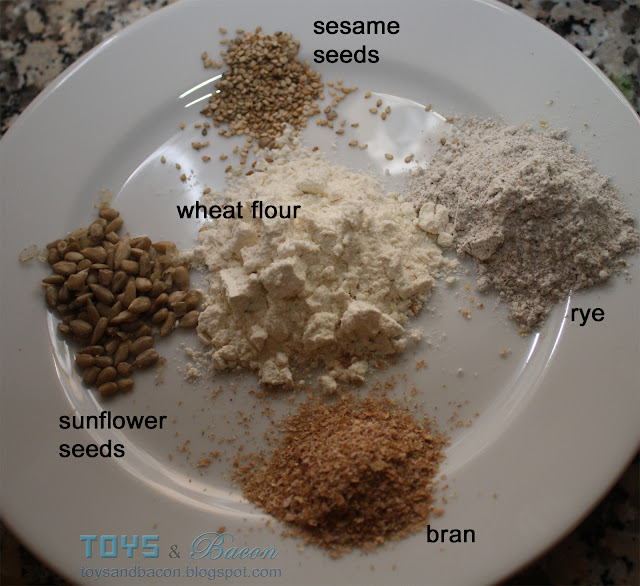 Yeast, salt, oil. I can't really tell how much oil I use, but not too much. Use margarine or butter if you want a crisper bread. Olive oil or other vegetable oils for a more softer bread. Salt gives a much needed taste. You'll quickly notice that the bread lacks taste if you forget salt. A small teaspoon for each bread. As for the yeast, this was half of a small package. The entire package will make it go quicker.
Did you know? Only hundred years back, yeast was a perfectly suitable wedding gift. And you actually don't have to buy new yeast over and over. If I didn't wash the bowl, it would contain enough yeast for the next bread. 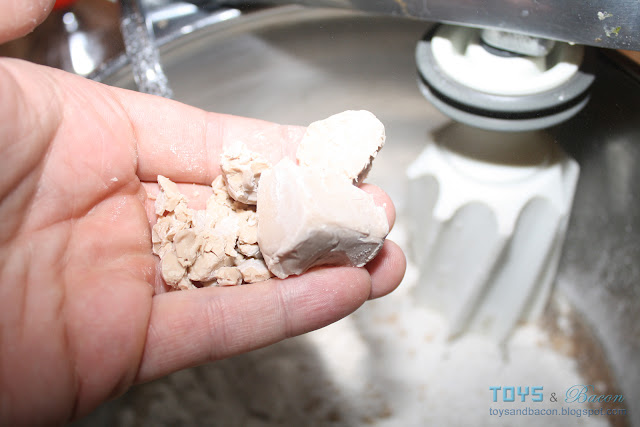 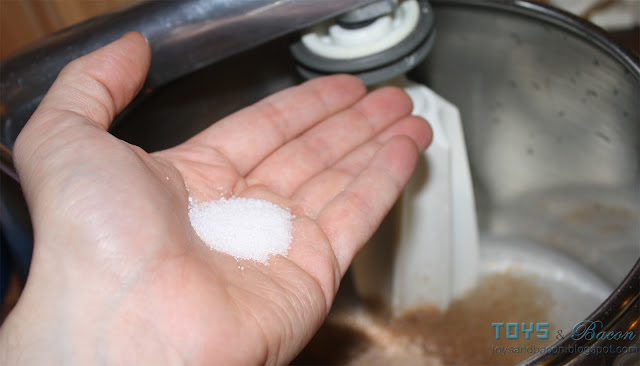 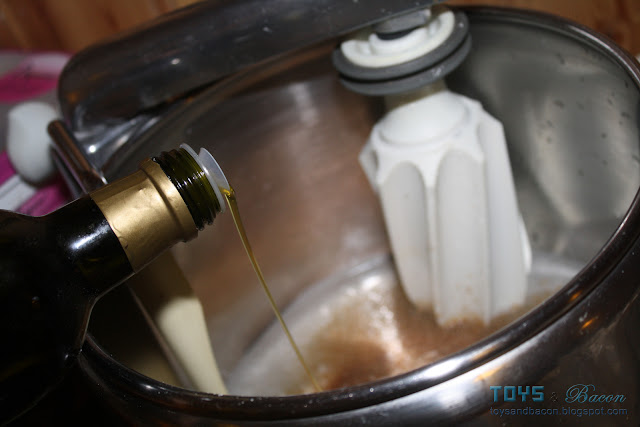 The machine I use is an Electrolux Assistent. It's a marvelous machine, far superior to any comparable products, with the entire bowl rotating from the bottom. A google search for "kitchen machine" shows that the most popular machines have the gears on the top. If you plan on making two breads every 6 months, go ahead and buy a Kenwood. If you are more serious about it, you'll want to have as few moving parts as possible. You can do this process by hand, but you need to work with the dough for a good while. If you're two - take turns kneading the dough.
But back to our bread, add flour until the dough stops being wet. Your dough should be sticky, but not wet. I prefer to have it a bit more on the sticky side. 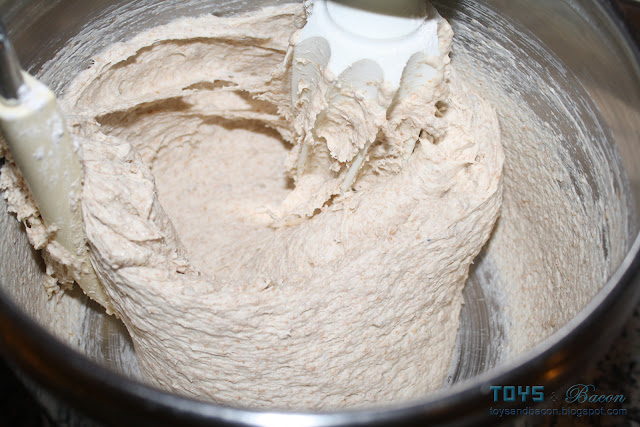 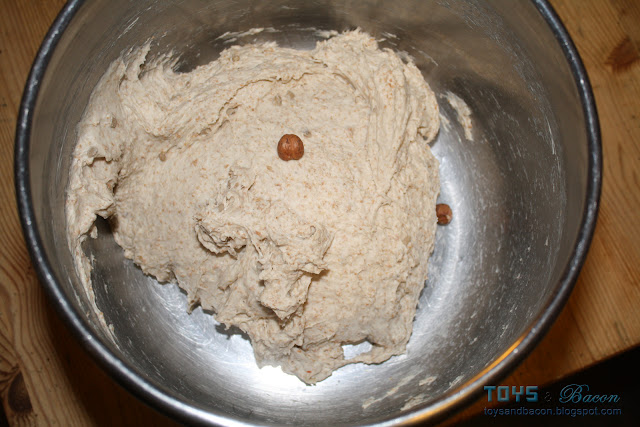 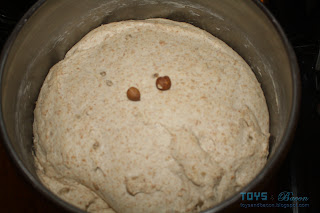 Here's the dough ready for leavening. The nuts are just for scale. Notice how much the dough will rise. over the next pictures.

I put the dough in my oven with the oven light on. It gives just the right temperature. I also see people that put the bowl in warm water, with a lid or towel over. How long will it take? Hard to say as both temperature and amount of yeast plays a factor. You should expect the dough to at least double, preferably triple in size.

This is an important process as it will not only give the bread it's structure, but also a lot of taste that was hidden in the ingredients. 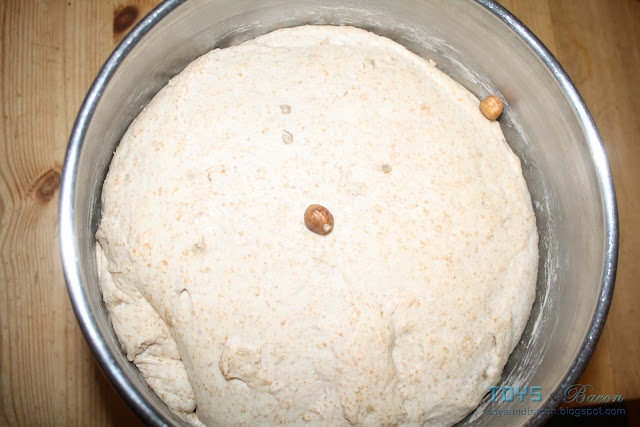 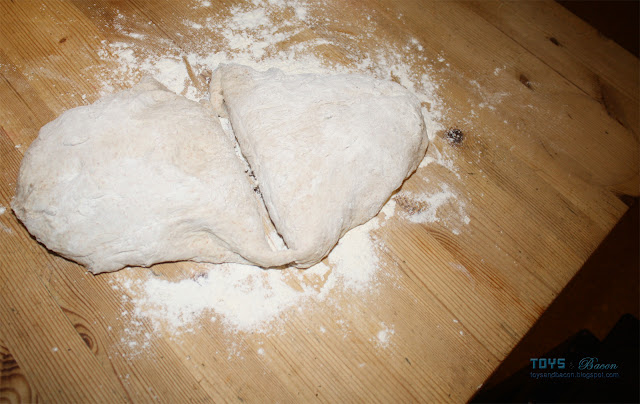 Ok, as you can see, the dough has become a monster in under an hour. Now comes the fun part. Shaping the bread. You need a bit of space, you need extra flour. Split the dough into equally big parts. 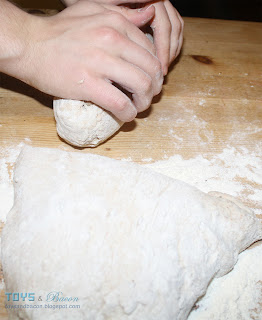 Use a bit of force when you're molding the bread. Put your lower palm to the dough, and let your weight do the job for you. The more you knead the bread, the better its structure and taste will be.

I like to even out all the folds and creases, so I get a fairly smooth piece of bread shaped dough. The baking forms are more a convenience than a necessity. But I like the shape of the bread like this.
The baking paper is a necessity, but you can also use oil or margarine to avoid the bread sticking to the form.

Start the second leavening process, but this time, you can't expect the dough to rise as much  as it did the first time. Hope for anywhere between 50-100% increased size. If you do like me, and use the oven for leavening, you can just turn on the oven at 200 degrees after a good 30 minutes. The bread will continue to rise while the oven heats up.

Also notice that I added sesame seeds and millet seeds on the bread. You can also make small cuts in the dough for that "bread look". 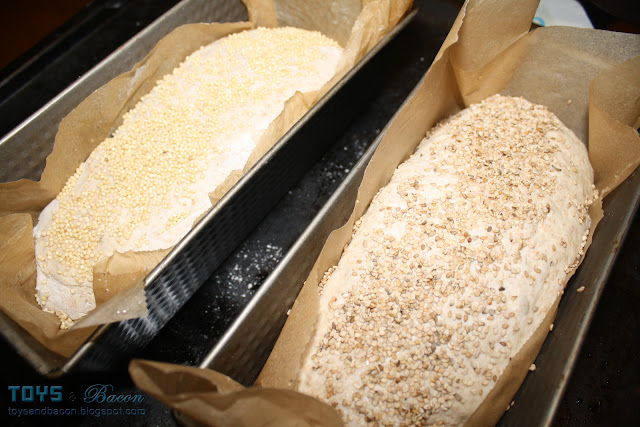 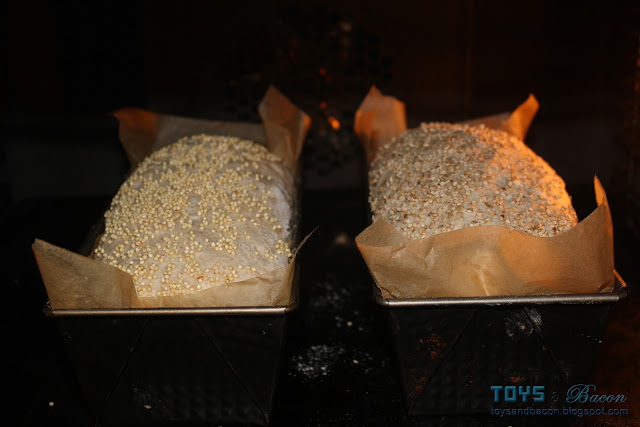 At this point, I'm satisfied with the leavening, and I turn on the oven. 200 degrees Celsius (400 degrees Fahrenheit). How long you ask? Well until they are done, then 10-15 minutes more. These two could have easily been inside the oven longer, but that may be just me who likes bread with thick crust.
Let the bread cool down before you cut a slice. Let them rest on a grate. 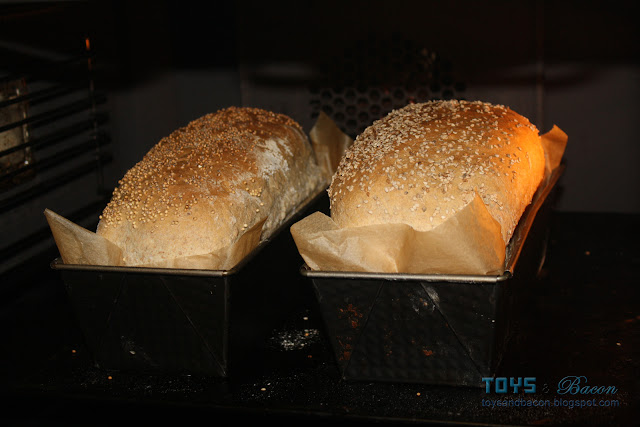 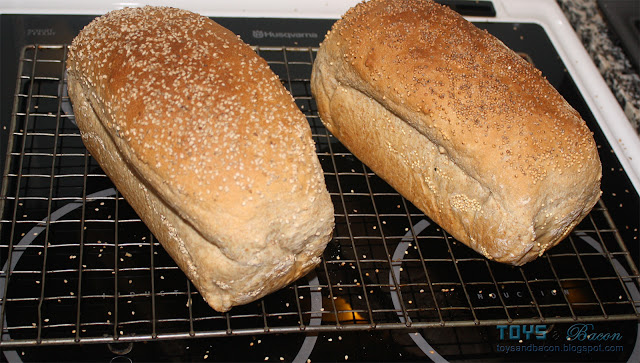 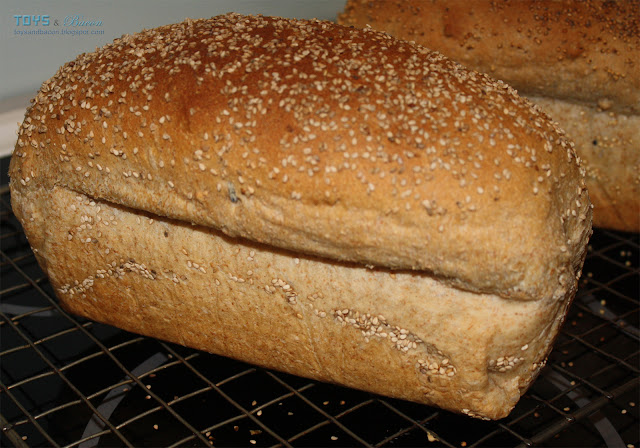 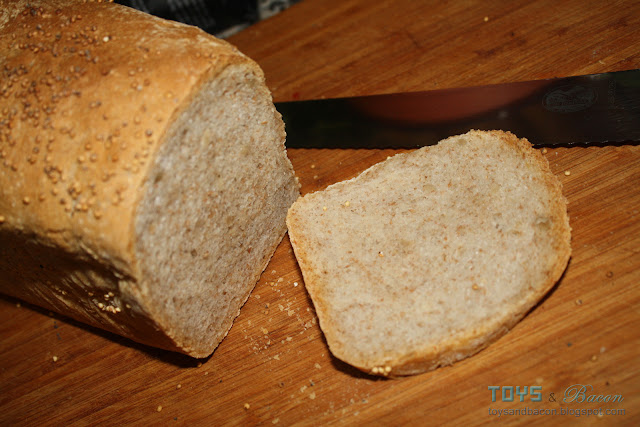 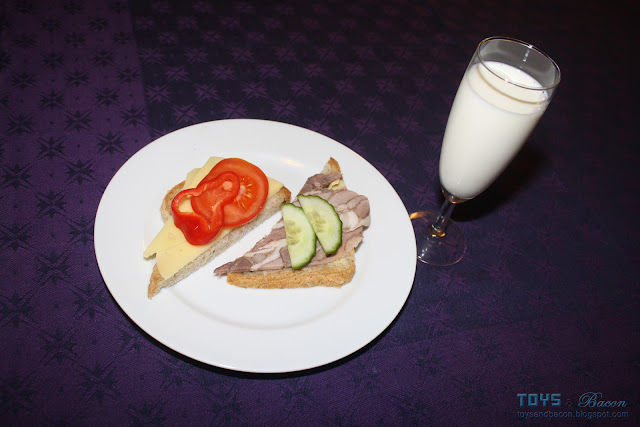 That is THE BEST looking bread!

My game is toys, but this looks fun! I'm hungry!!