It's always cool to find out about new recipes, even if they may be slightly familiar, and not all that exotic. 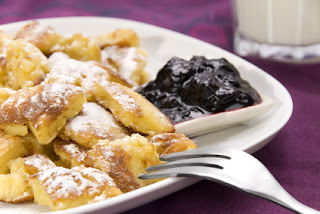 Read on for a short one about the Austrian-German dessert Kaiserschmarrn.


I don't mind letting others cook, and I try my very best to be polite when I eat something other people have made. I think people have feelings, and you don't want to hurt them. So eat what you are served and try to let them down in the most humane way possible. 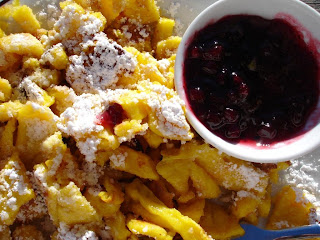 Today, a friend wanted to make me something out of the ordinary. She has been talking about the proud cooking traditions of her country, which I still think is all about sausages and beer. (Apparently, they also eat potatoes)
I let her know I was hungry,and her reply came instantly: I'll make you some Kaiserschmarrn!


By the word alone, you would think this was some torture instrument used in medieval times, so I was pleasantly surprised to find out it had more in common with pancakes than with inflicting pain.


Apparently it's a very thick pancake that you chop up to randomly sized bits. You can include raisins, and you should serve it with powdered sugar and jam. My friend recommended it to be served with apfelmus, which I guess is apple jam. 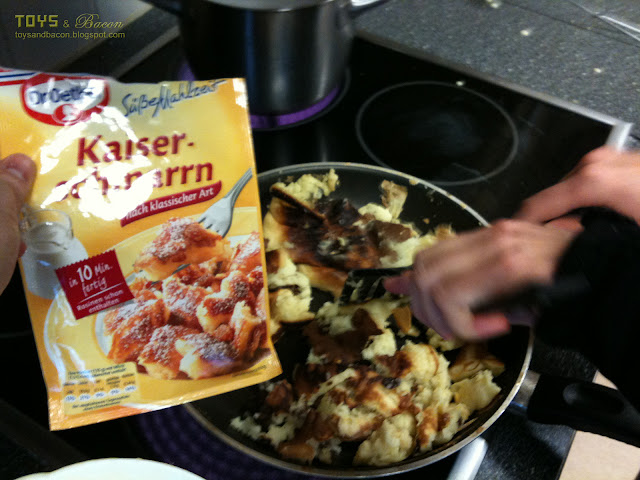 It wasn't bad by any means, but as you can see from the picture, it barely resembles anything. I also think it would have been just as easy making it from scratch, instead of using a prefabricated ingredients. You should know that making pancakes from scratch takes barely seconds longer than making it from one of these packs.
I'll try to make this recipe myself one day, and even though it's barely breaking new ground, it's apparently a dessert with some traditions. Something to make for an October fest when you run out of beer? Make sure to serve with Apfelkorn. Or was it Apfelmos?
Either way, enjoy!
Posted by Jon at 9:59 AM