I'm not entirely finished with Halloween, and neither is the Internet. All though the massive surge of pictures of costumes, carved pumpkins and facebook profile picture changes have slowed down, there's still that lingering feeling that we really love Halloween. We love to dress up, we love watching others who took their time to make great costumes. 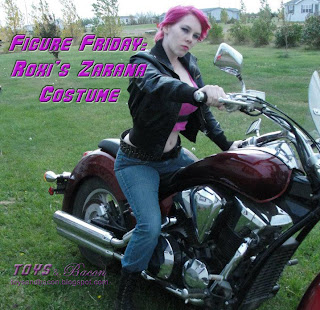 I'm definitely in the latter category. All though I like dressing up in costumes, I rarely find time to make a proper one.
My friend Roxi, on the other hand, is in the former category. She's extremely creative and a skilled artist, so I wasn't really surprised to see such a great costume from her. Never the less, worth writing about, worth showing, and worth the praise. Roxi also took the time to write a bit about the process of making - and dressing up in this great costume, as well as sharing a few very relevant thoughts on women who cosplay.


I want to use some space to talk a bit about the toy, you know, to at least make it worth the title of "Figure Friday". But by all means, skip to the hot girl in costume if you like that kind of stuff better than my toy talk.

Zarana in toy and comics

Zarana was part of the 1986 line of G.I. Joe - A Real American Hero. I've mentioned the 1986 line-up before. She was somewhat of a villain, sometimes loyal to Cobra, sometimes loyal to the biker gang Dreadnoks, always loyal to her own cause.
I cannot find my Zarana - I suspect she's at the museum - but I always liked the idea of women in the Joe universe. Hasbro made us something like one female figure every year up until 1987, a rather sad number. We probably got more robots and aliens than women in this toy line. Anyway, Zarana was a real bad ass in the comics, and all though the toy version is nice, it did really no justice to the comic version.


This year, Hasbro made an updated version using the modern build. Sadly, they made it an exclusive to San Diego Comic Con, disappointing people that had been waiting years for a proper Zarana figure. I won't say I was one of them, but I sympathize with those that didn't get to pick up the modern version. 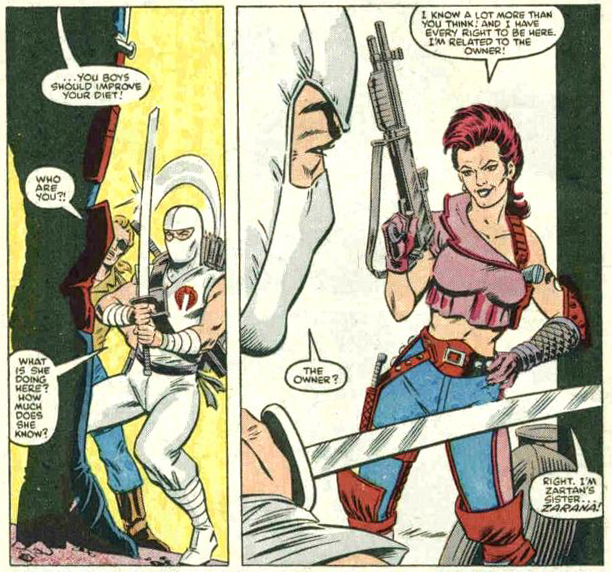 Zarana was introduced in #51 of the Marvel Comics, and appeared as a regular character through out the 155-issue run. She was also featured in the cartoon, and has been present in later comics and cartoons. It will be interesting to see if she's featured in the upcoming live-action movie. 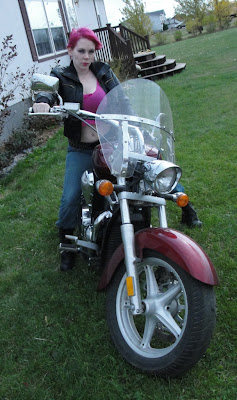 Like any girl, I like dressing up. So making costumes is pretty fun. I never watched or read G.I. Joe as a child but I was introduced to it as an adult and I love it. Out of all the characters, Zarana is my favorite girl. She's a badass, she's got depth, even though she isn't featured all that much and she is a strong female character, like most of the women in G.I. Joe. One of my favorite episodes of the cartoon is "Computer Complications" where she goes undercover at the Joes' base and meets and falls in love with Mainframe.

My husband and I had planned on going to the JoeCon as Zarana and Mainframe, but we didn't get to attend the last one. So, when a costume contest arose, my inspiration to make a Zarana costume was rekindled.


The problem with dressing up, as a girl, is that these days, a girl dressing up as a comic, cartoon, anime or really any specific character from any pop culture is seen as just a girl trying to dress up sexy for attention. Unfortunately, this is the case all too often. A girl dresses up in a sexy costume of Emma Frost, Cat Woman, Princess Leia, or Harley Quinn and they don't actually know anything about the character. It's a bit of a circular problem though, because most female comic book characters are designed to be hot and sexy, but when women are dressed up as such, they're rejected, at least on the conceptual level, (certainly not on the superficial level). 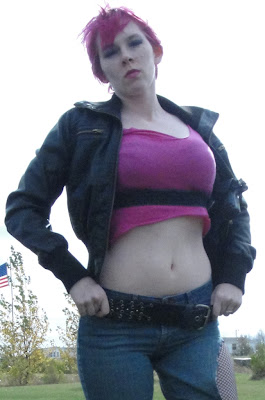 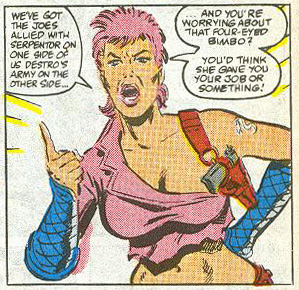 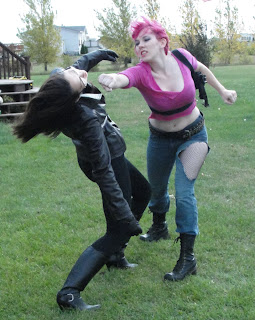 A girl dressed up as a hot character in a skimpy outfit? The only possible explanation is that she is only out for attention, she couldn't possibly actually like the character and want to have an accurate costume.


Even considering all of this, I still like to dress up, especially when I get to dress up as a character I really like. Zarana I identify with, since she is rough and tumble, with a lot of attitude and she fell for a smart and witty military man. 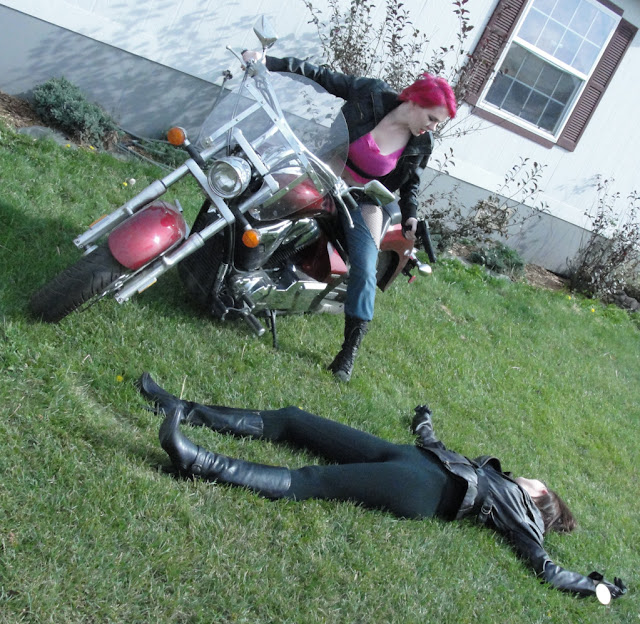 I didn't win the contest, but I had a lot of fun making my costume and taking pictures with a friend who even made her own Baroness costume to help out. 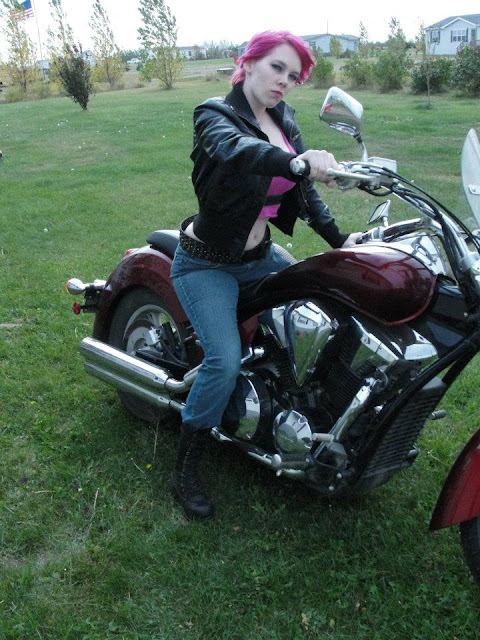 Thanks for sharing your awesome costume, Roxi.
Have a great weekend, people!
Posted by Jon at 9:08 AM