Breakfast Pancake (and a Teaser!)

From early on, we were being taught that breakfast was the most important meal of the day. This is obviously not correct. It's important to get nutrition to re-start the body after being asleep, but you don't really need an entire meal for this. It all depends how hungry you are, but if you're like me, the hunger doesn't kick in until noon. I know the body needs something, so I usually just throw down an egg or a banana.
Weekends are different. I won't say I wake up at noon, but I usually sleep long enough to actually be hungry. Weekends are different because I also have time to make proper breakfast. 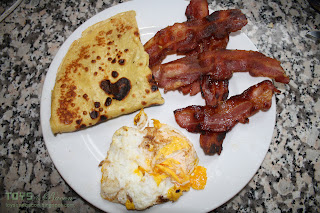 Read on for a very simple recipe for the Breakfast Pancake.. As well as a teaser for some toys!


Start with bacon. And yes, you can quote me on that. 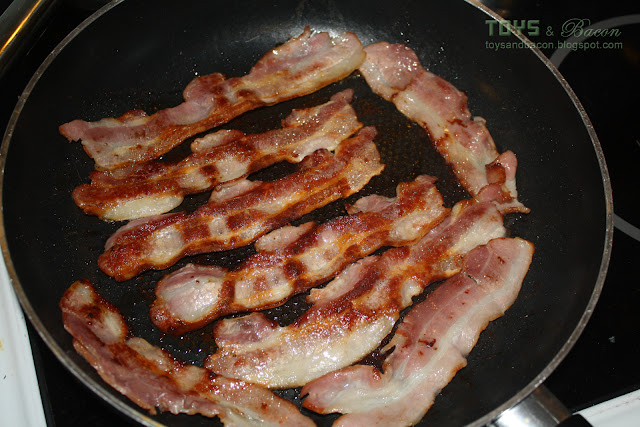 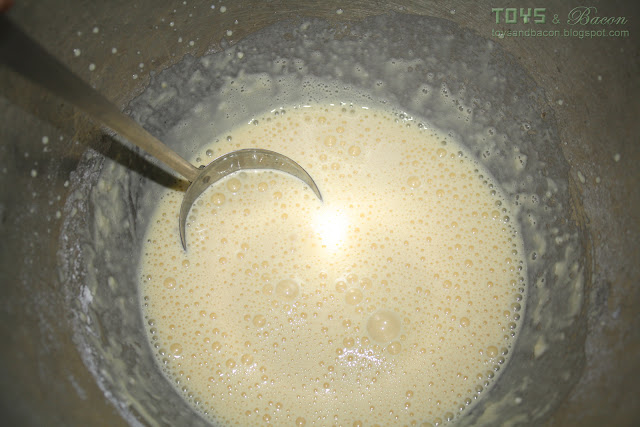 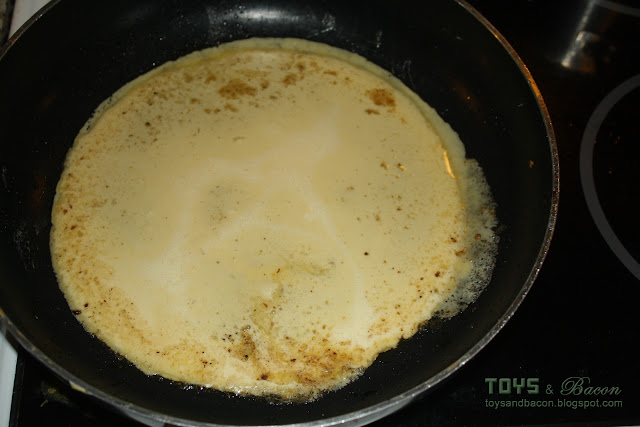 The bacon fat will make it look less pretty, but you'll get that faint taste of bacon in your pancake, which is nice. So no washing the pan. Go ahead, fry it in bacon fat. Some weirdos will try to tell you that bacon fat is bad for you. Some extremists will even try to convince you that bacon in general is bad for your health. Don't bite! Well, bite the bacon, but don't go into an argument with these people. Because from a distance, no one can tell who's the fool.
Up close, you know the truth, and when you make yourself bacon for breakfast, and they don't, who's really the winner and loser in this situation?
Really, there's nothing bad about bacon. If you eat too much, you run the risk of getting full. If you fry too much bacon, you run the risk of your house smelling like bacon. If you invite friends for bacon, you run the risk of not having enough. If you try to experiment, using bacon in unconventional ways, you run the risk of discovering utopia. See where I'm going with this? 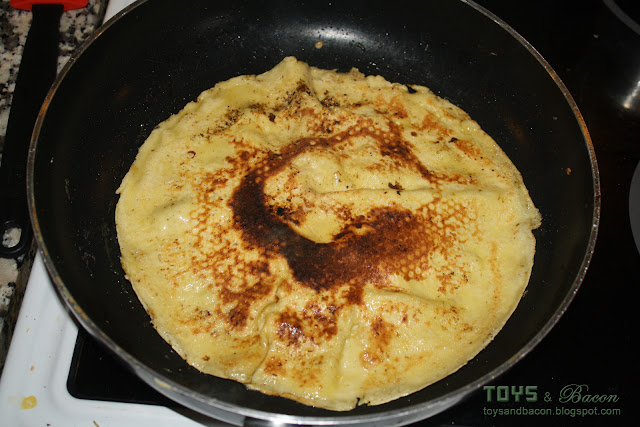 Anyway, the pancake. Yeah, just flip it over when it's ready to be flipped over.
Make a few fried eggs. Orange juice is great to such a breakfast. 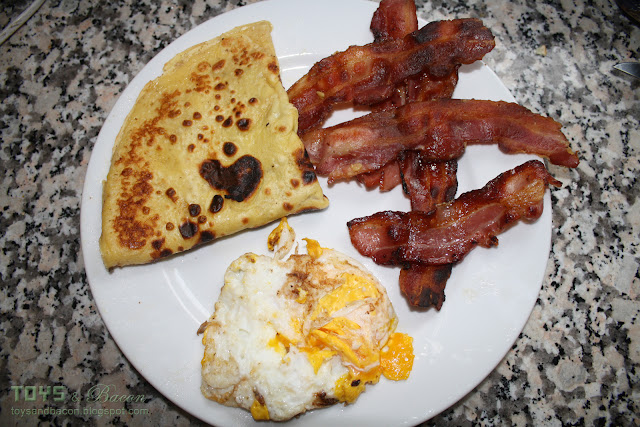 Oh, and, I'm coming at /r/actionfigures with some Spawn pics soon too ;)