This is one of those figures that... You know the kind. Crazy repaint of a great figure, but oh so attractive since it's rare. 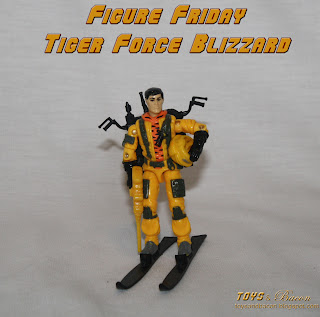 Read on for more on G.I. Joe Tiger Force Blizzard

Back in mid to late 80s, Hasbro was pushing out some excellent toys in the G.I. Joe line. My favorite year is without a doubt 1987, and I'll feature this year some day. But 1988 also saw some high quality sculpted action figures, lots of variety, and great painted details. One of these is the arctic soldier Blizzard. He had a fantastic sculpt, specially on the head, he came packed with accessories, and he had cool card art. And interestingly enough, we could never get enough arctic figures, so at least here, we really liked this guy. 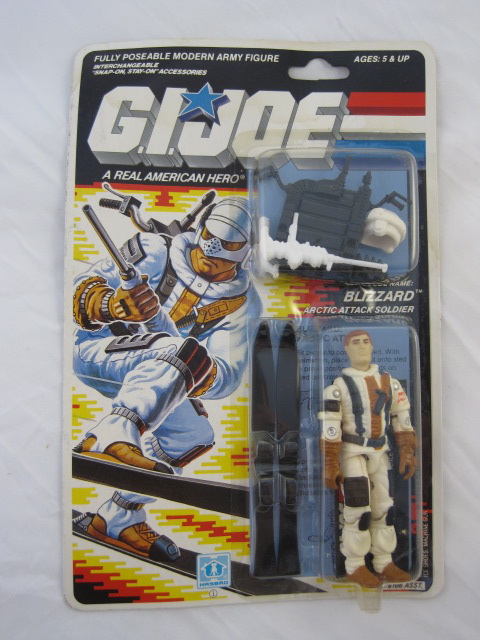 Now, here's the weird thing. Hasbro had a thing for taking their greatest toys and dipping them in paint a couple of times, and reselling them as variants. Fair enough, I expect that it's the economically wise thing to do. Making molds for action figures is expensive, and this way they could use it more times. Mattel does that to a great extent (and with great success) today with the Masters of the Universe Classics line.
But in 1988, Hasbro gave us Tiger Force. A subgroup of the heroic G.I. Joe team, all clad in tiger stripes, yellow orange, brown, with black stripes.

I'll admit that I don't know a whole lot about camouflage, but I think a yellow suit will stick out in most situations except the desert. But since this was toys intended for kids, and kids obviously don't care, the common sense was abandoned.
I actually like some of the Tiger Force figures, even though they'd get spotted and shot down instantly in the battlefield. And they do make some sort of sense as a jungle team, with the tiger theme and all.

But not Tiger Force Blizzard. He does not make sense. 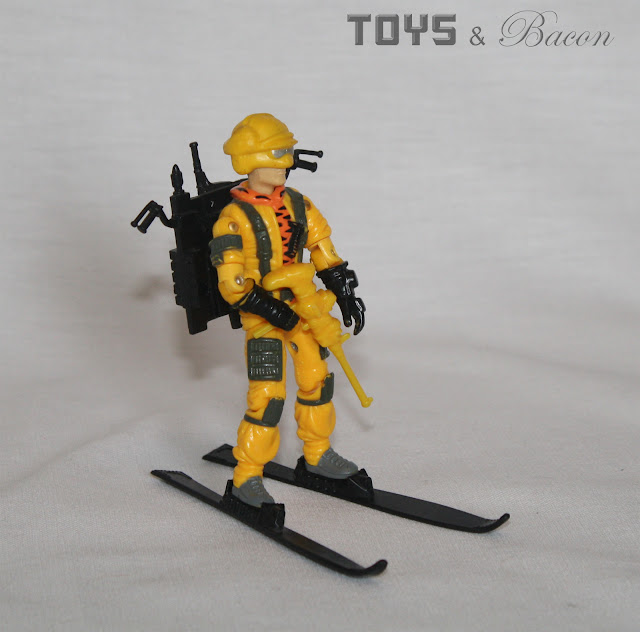 This guy was a European release only, and for that reason, he's considered rare by the biggest collector base - the Americans.  But that doesn't make him any less ridiculous.
It's almost too easy to make fun of this figure, and the joke about yellow snow is there for the taking.
Personally, I see this guy as an arctic trooper who has been assigned to a mission in the desert. But he still had to use his cold weather gear.
Repainted toys are very common, and most of the time, hard to notice - or rather easy to forget. But some repaints do end up becoming famous for the right reasons. In the G.I. Joe line we saw several, and the best of them are maybe the Night Force figures.
In Tiger Force Blizzard's case, there's not really any redeeming qualities, apart from the apparent attraction that is a rare figure. This is very much a figure that's famous for all the wrong reasons. 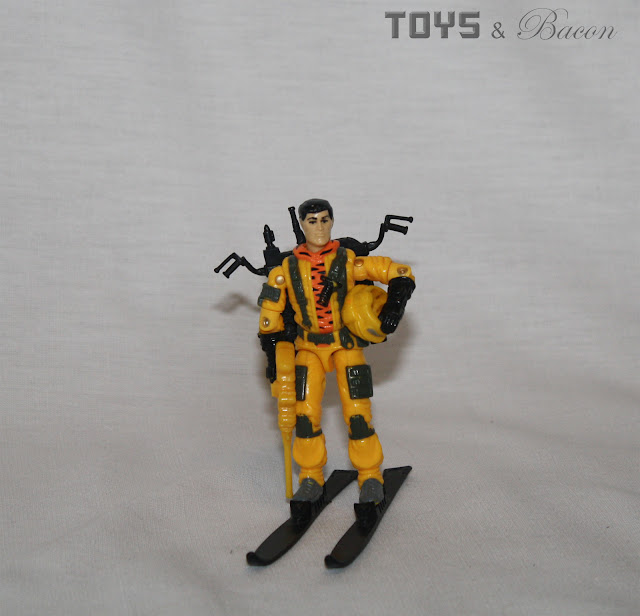