The Anatomy of Bacon, part 2 - The Oven 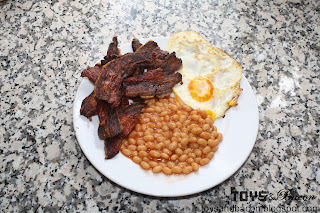 Bacon, toys and weirdly enough a surprisingly low amount of anecdotes. Read on for the second part of the bacon series!


Making Bacon
What's the best way to prepare bacon? Up until just a few months ago, I was under the belief that frying it in the pan was the way to do it. When I was a teenager, I got annoyed when I learned something new. I should have known already!
Today, it's a little bit different. After nearly three decades, I'm no longer surprised when I learn something new, even it it's something I should have known. I mean, I have consumed entire families of pigs worth of bacon. 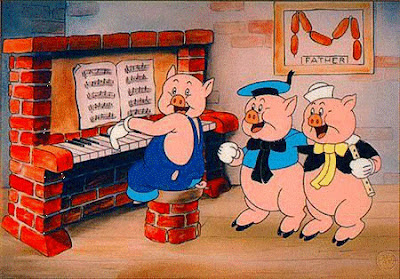 I really should know every way or preparing bacon.
So why wasn't I aware that I could bake my bacon in the oven?

Anyway, my good buddy Christian taught me this a little while ago. He simply put his bacon on a grate, with a drip pan underneath, and baked it until it was done. The result was the crispest bacon I've ever had. 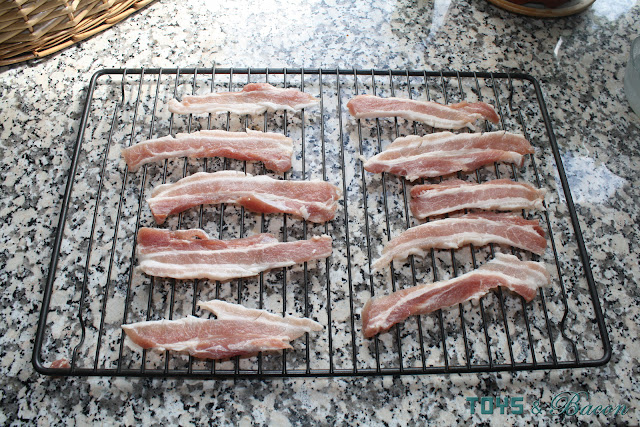 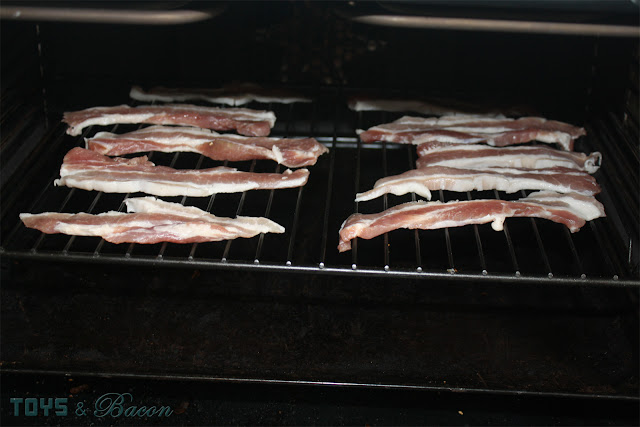 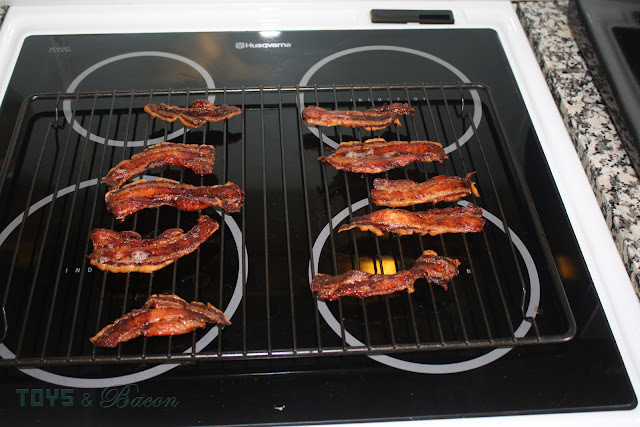 The lightly salted, non-smoked bacon I sliced the other day got this treatment. Even though I made unusually thick slices, the oven did it's job, and it turned out just as I hoped. I still use the frying pan, or even the barbecue grill. But it's cool to have another way of preparing one's favorite food. 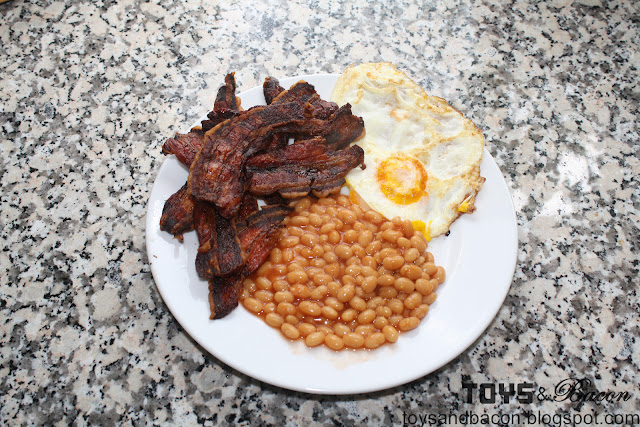 Toys
Oh while I'm at it... I give my friends toys for their birthdays and for Christmas. They know what they can expect, more or less. My friend, Christian is a victim of this tradition as well, and on occasion he retaliates using similar tactics.
I can't recall what I gave him for Christmas last year, I believe it was Lego. But he gave me this little guy - an action figure of the dwarven king, Magni Bronzebeard. 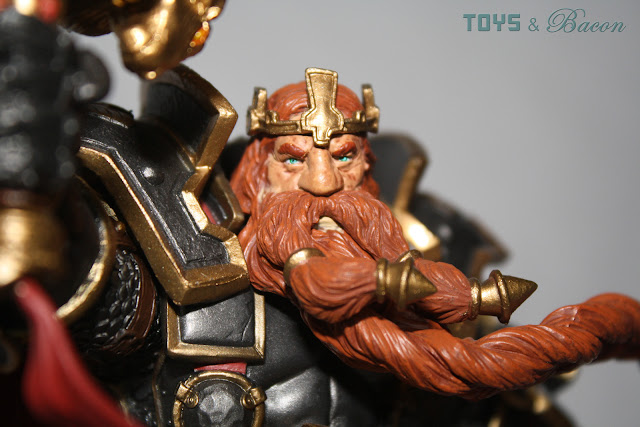 Actually, he's not that little, he's rather massive - and heavy. He's not really an action figure either. I've talked about them before, the stactions. A combination of action figure and statue.

Un-poseable Action Figures
During the 90s, the toy companies suddenly noticed the collectors, and started catering to their wants and needs. The collectors wanted more details on their toys, they wanted them in a bigger scale so they could see the details, and they had no need to play with the toys, so any articulations were unnecessary. Playing with toys is for children.
McFarlane Toys, with Spider-Man artist/Spawn  creator/Image Comics founder Todd McFarlane in charge, were among the first to really focus on making toys for the collector.
For a while, fans were completely sold, and made intense efforts of getting these action figure-statues. In need of a name for them, since they clearly weren't "action", they were called stactions by certain communities. I'm not sure I like the name, but it's there.
Not really known for their consistency, the collectors changed their opinion on toys again in the early 2000s. And toy companies answered. Suddenly toys shouldn't be just poseable. They should be super-poseable. Like the Hawkeye featured in the last Figure Friday - and not at all like this guy: 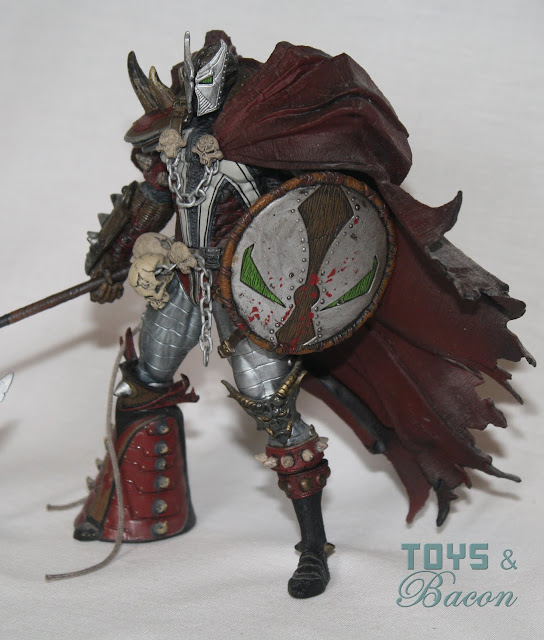 Medieval Spawn there is one of my most beloved toys, and I'll tell you why in the near future. I really prefer toys with articulation, so I can pose them and play with them. But I don't mind the occasional staction.

You see, while they lost some of their popularity among collectors, there's still some interest for heavily detailed, non-articulated toys. And there's definitely a marked for mini-busts and smaller resin statues in collector communities. Toy company DC Unlimited has continued the trend of making small plastic statues with extreme details and paint quality and very limited articulation. King Magni Bronzebeard has removable hammers, and can swivel his arms. Other than that, there's really no movement. But just look at him! 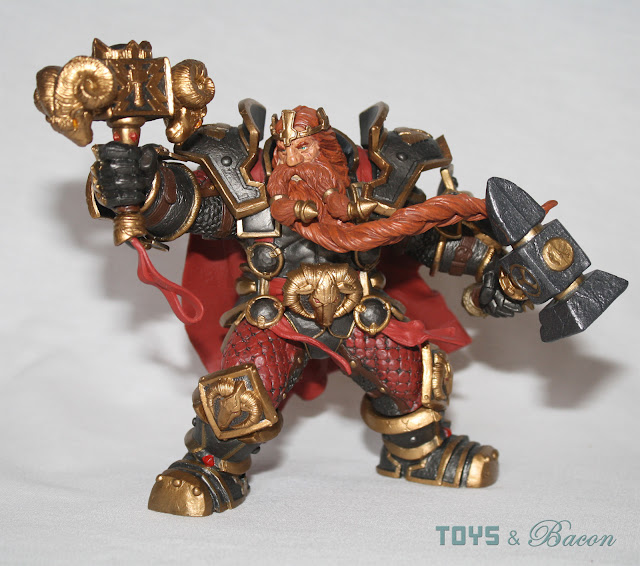 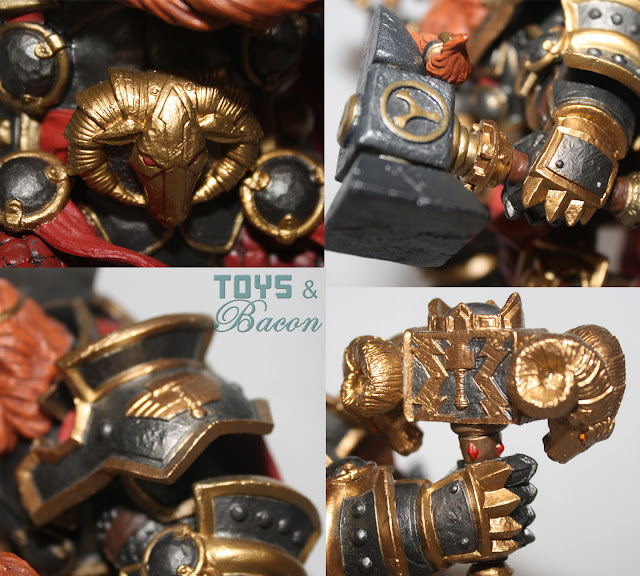