Breaking down conventions ever so slightly. Taking great risks, carefully. Making something entirely new, by using the ever so familiar.
Making food should be a healthy mix between following traditions, pleasing your personal tastes, and trying out new ingredients and combinations. 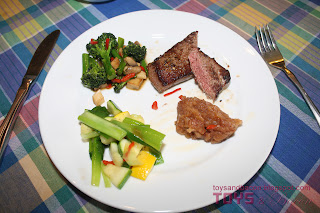 Read on for pictures and recipe of peppered steak with apple-cinnamon purée, and two interesting side dishes.

I read somewhere that any part of the meal shouldn't include more than three ingredients. It was probably a snob that said this, and I'm sure he (those obnoxious food snobs are always dudes) really meant that you should try to avoid mixing too many different tastes together. While I can absolutely be a snob in some situations... Scratch that. While I am a snob in most situations, I actually don't mind mixing tons of tastes. As long as one of the tastes isn't completely dominating, it doesn't hurt.

My sister was over one day, and we thought we'd make some dinner neither of us had made before. She's getting increasingly good at making various side dishes using different vegetables, and I have a thing for slightly spicy food mixed with sweet sauces. So we went from there. 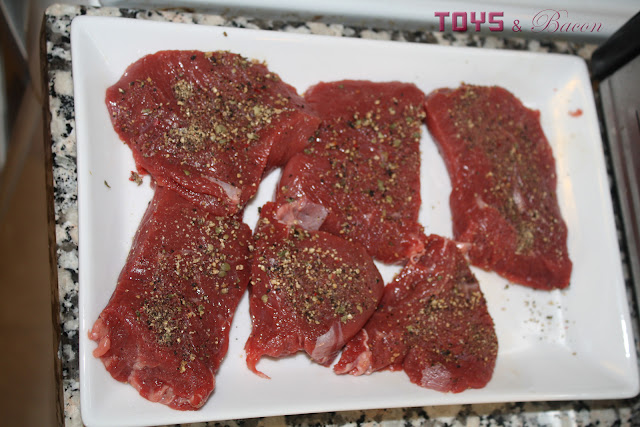 Steaks, heavily peppered. Is that a word? I don't know. But I used tons of pepper; black, red and green.
Try cut them into similar sized bits. At least when it comes to thickness. Use lots of margarine or oil, have a pan that's pre-heated, and use 80-90% temperature. When the meat starts to "bleed", you can consider turning them to the other side. Same procedure, when they start to bleed, they're close to finished. This will leave you with medium-rare. 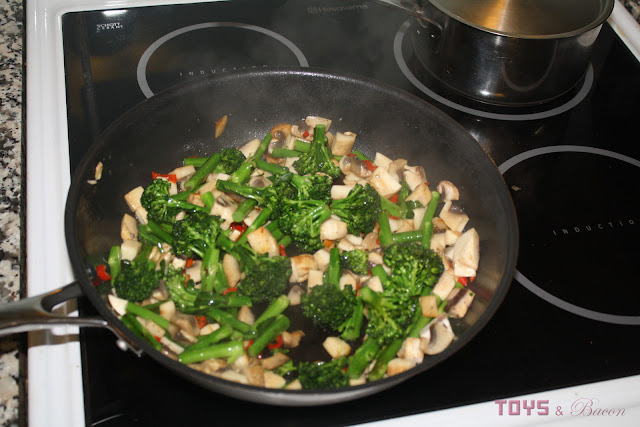 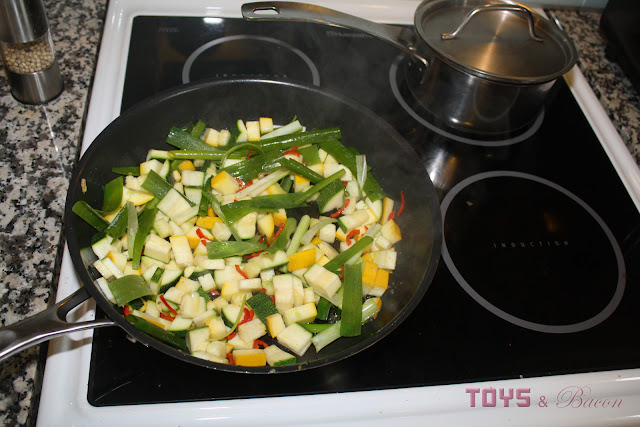 The two side dishes both included some mild chili, but one of the consisted mainly of broccoli and champignon mushroom while the other was made using spring onion and yellow and green squash. Again, as with the steak, cut into similar sized bits. The broccoli is likely to use slightly longer in the pan than the mushroom, so you may want to start with those. The squash and spring onion require similar cooking time.
Then there was the apple-cinnamon puree, which I made using apples and cinnamon. Cut the apples into small bits to reduce boiling time. Try to not use too much water when boiling, instead add water later if you feel like it. Or even better, use the excess fluid from the vegetables and steaks. Add cinnamon, and sugar/syrup if you want. Mash into a puree. 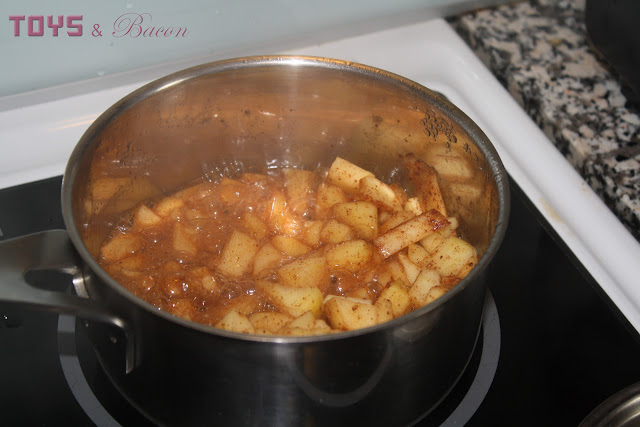 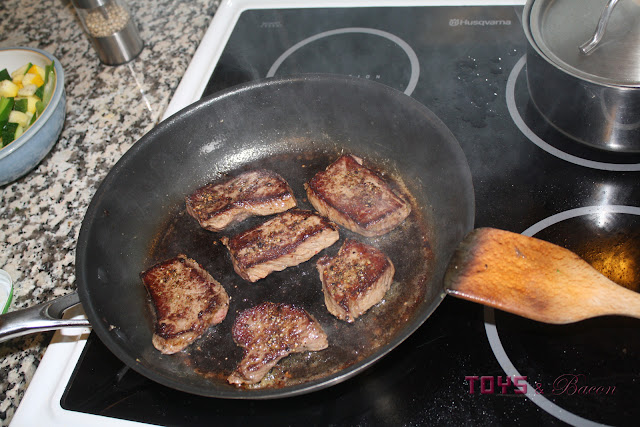 Remember to let the steak rest a bit, and don't overcook the vegetables. You can add more water to the apples to change the texture of the puree. Other than that, I simply have to encourage you all to take chances while making food, no matter how small. 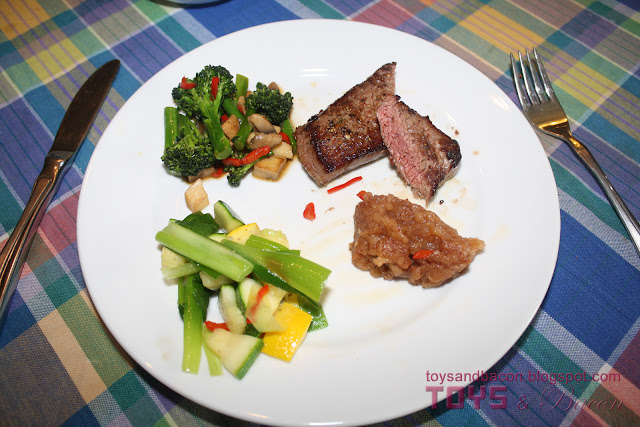