Toast of the Molten Heart

I will admit that I have a thing or two to learn about photography, and when I suddenly felt for a snack late last night, my camera did not want to cooperate. The pictures that follow will hopefully still show how to make this easy and quick dish. Here's my Toast of the Molten Heart.  I know this dish has many names, but all others are wrong and clearly not cool enough. 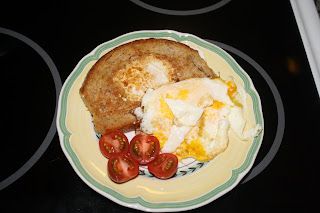 Read on for recipe and badly lighted pictures! Not a lot of text this time, mainly pictures.


I wrote about eggs just last week, but I had people telling me they didn't like boiled eggs, and that they rather wanted to read about fried eggs. Normally, I would simply tell them that they were ignorants. But the fact is, flawed as it may be, I can't argue with their logic. Fried eggs are awesome! It's far quicker to make than boiled eggs, omelets, or any other dish where the egg is the main ingredient. And you can do so many variants on such a simple theme.
Toast of the Molten Heart is really just a slice of bread with a hole for the egg. Fry the combination on both sides. Various spices, sauces, meat or cheese can enhance this small, but effective meal. I had a few drops of green Tabasco sauce on mine.  I also ended up making an additional egg. This was not at all because I missed the first time I tried to hit the target. 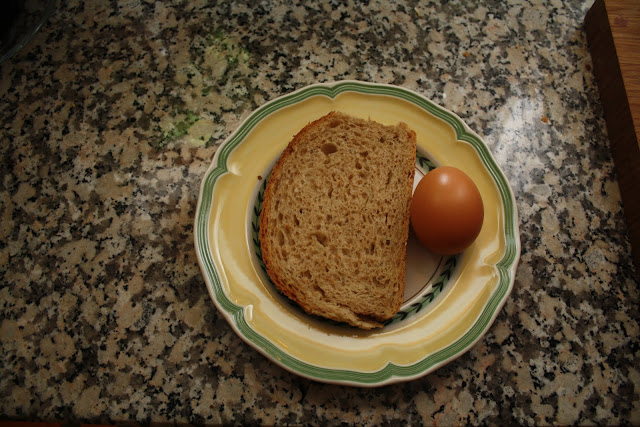 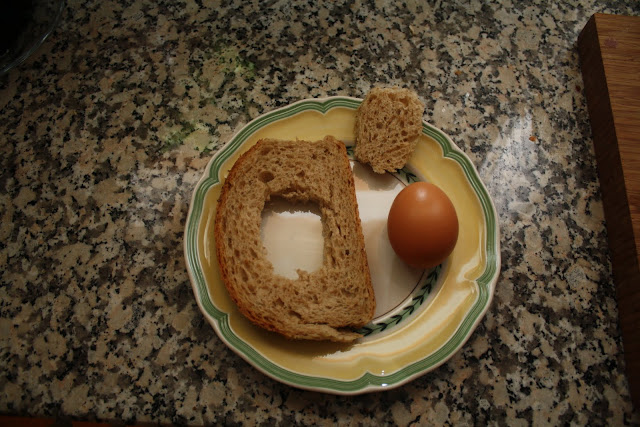 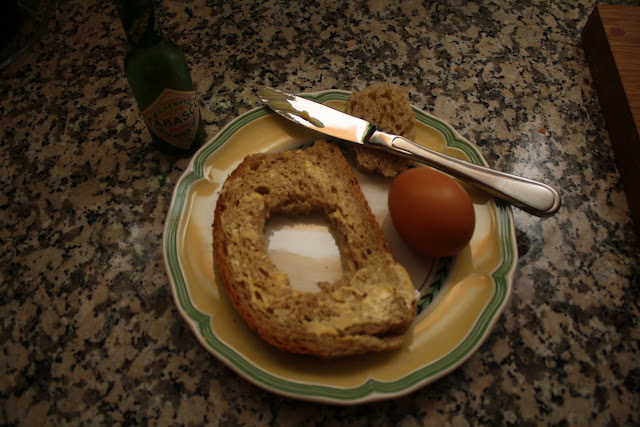 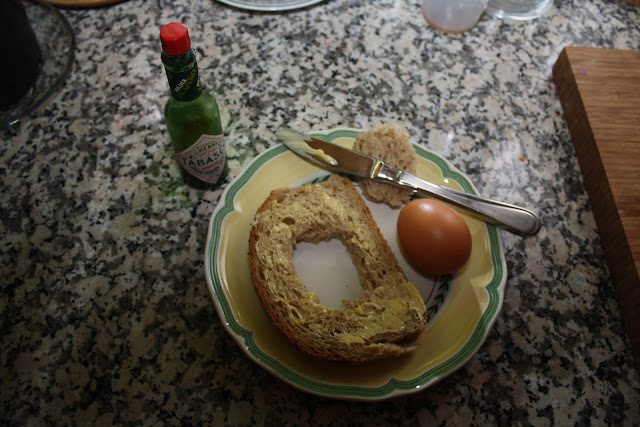 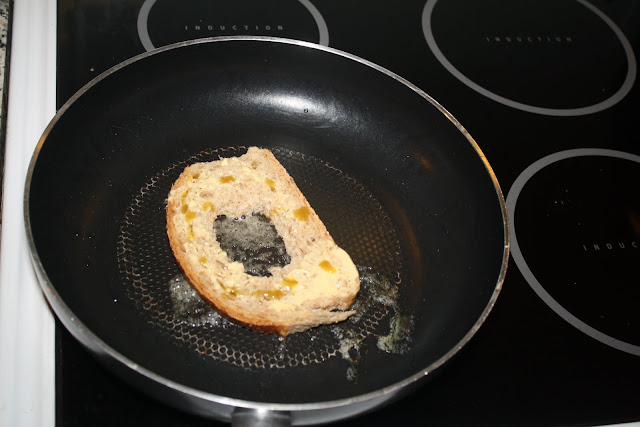 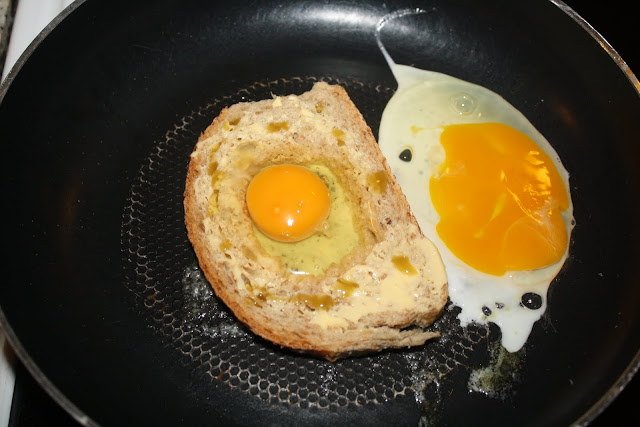 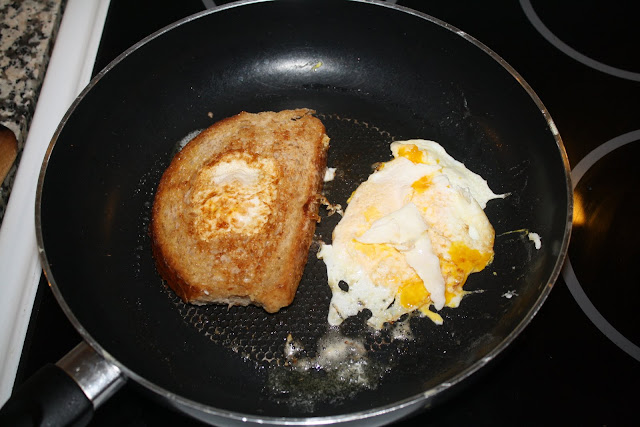 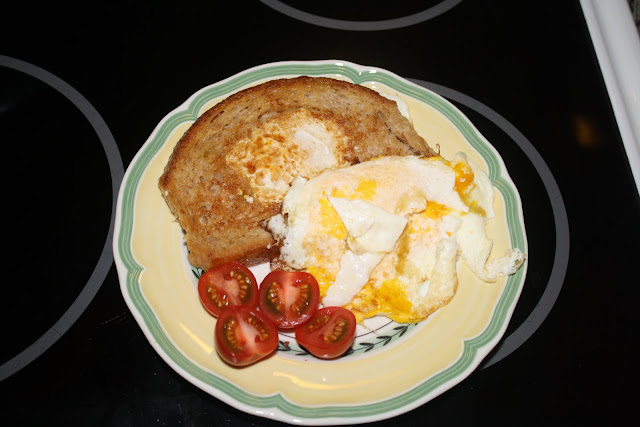