What? You can't write "belicious"! It's not even a word!
Well, I do like alliterations, and the b is so close to the d, it doesn't really matter. If anyone has a better adjective, let me know. 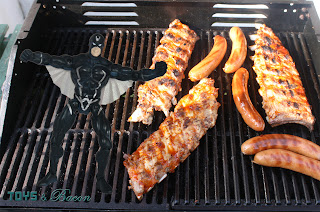 And no, I didn't throw Black Bolt on the barbecue, but he's still relevant to the story.
How to make spare ribs, shopping toys in London and various anecdotes. Read on!

The first time I ate proper spare ribs was in London back when I was 11 or 12. Yeah, it wasn't that common where I grew up, I barely remember any barbecue at all before I became conscious at age 16.  I went with my family to London and we ate at Hard Rock Cafe. I can't remember how it tasted back then, but my recent attempts to recreate the classic spare rib as you would get in places like Hard Rock Cafe have indeed been successful. The recipe is extremely simple, you just need some patience. Scroll past autobiographical toy talk if you only like meat.

1993
London was epic for a kid at 11, for many reasons. How did you experience London as kids? My most fond memories of that trip was the Imperial War Museum, practicing my English on unsuspecting local people, looking at cool buildings, the ice cream and watching the premiere of Jurassic Park in a rather fashionable movie theater. But there was one thing I had been looking forward to more than anything else. I had heard rumors of a toy store with several floors! I was salivating. Remember that kids stayed kids longer back in the day. These days, kids aged 11 doesn't care the slightest about toys unless they are alone. I did, I was still collecting - and playing with my G.I. Joe figures, and the idea of a gigantic toy store was completely blowing my mind.
I'm still playing with my Joes, but that's not the point. Today, I also know that Hamley's, while big, is pathetic compared to the Internet.
And back then Hamley's disappointed me a bit too. It felt like someone who romanticized how a toy store would be in the 50s. They had an entire floor of tin soldiers, and another floor of wooden toys. I did find my action figures, but at this point the quality of Joes were dwindling. All of them came with spring loaded missiles, almost as if Hasbro thought that was the reason we bought them. 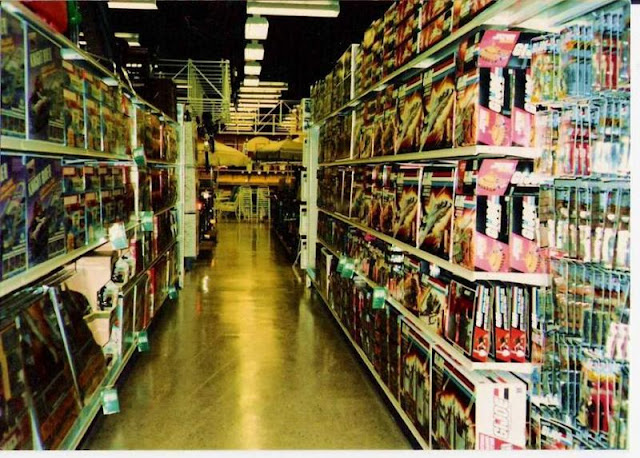 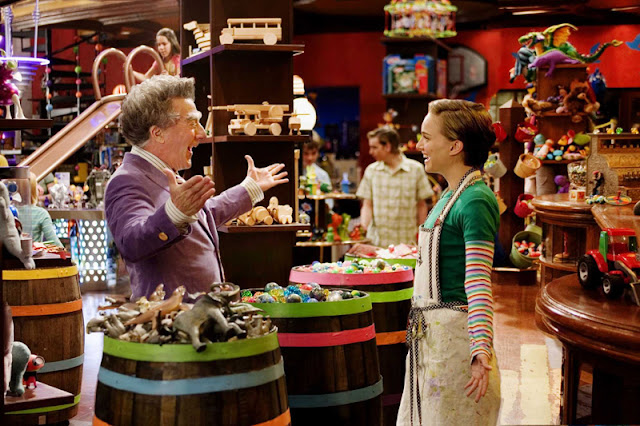 I didn't really meet Rainman or Queen Amidala... Poor Natalie Portman who forever will be remembered for her worst role. Good actresses stuck with awful lines, tin soldiers and wooden toys aside, I still got some cool stuff from our trip to London.
I never throw away my toys... Except my entire childhood collection of Masters of the Universe and Transformers... This tragedy is a blog entry for another day. Don't throw away or sell your childhood, people. My London toys survived. Here are most of them. Joe fans: Can you name them all?

2001
I visited London again when I was 18. This time I went with school, and once again I had the spare ribs from Hard Rock Cafe, and not surprisingly, once again I was shopping for toys. I was past the insecurity phase that kids go through during junior high - ages 13-16. I had found out who I was... more or less. I loved superhero comics, action figures, I listened to progressive rock and preferred brunettes over blondes. A decade later, this is unchanged.
This time around, I had heard about a comic book store that had me salivating. I had done some research on the 2001 version of the Internet, and located the store called Forbidden Planet. And unlike Hamley's a few years earlier, Forbidden Planet lived up to my expectations. It surpassed them. I vividly remember they had hundreds of cases filled with vintage and contemporary comics piled up in the middle of their store, and the walls were decked with action figures. It was marvelous. I can't say how Forbidden Planet looks today, but they still exist, and I expect their London store is still a place worth visiting.

I brought home a suitcase of filled with comics and weirdly enough only a single action figure. There I was, with more action figures than I had seen in one place before, and all I get is a single one.
At least it was my then favorite Marvel hero, Black Bolt of the Inhumans. The comic is about a race of human-looking aliens that go through a transformation that give them various super powers. Black Bolt is the king of the Inhumans, and is extremely powerful. I can't really say much about what toy line this one is from or when he was released, but I can say he's smaller than the Marvel Legend figures I talked about last week, but slightly bigger than a G.I. Joe. He came with no accessories, but he has tiny cloth wings that does nothing, as far as I know. This is one of two toys that I have brought with me where ever I have lived since I got it. 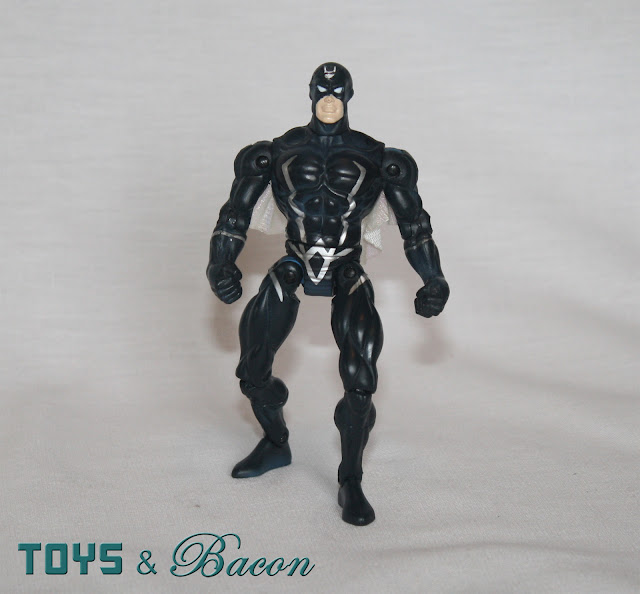 2011
This summer I finally learned how to make spare ribs myself, and it starts with something as simple as having a piece of rib of decent quality, that's cut the right way. 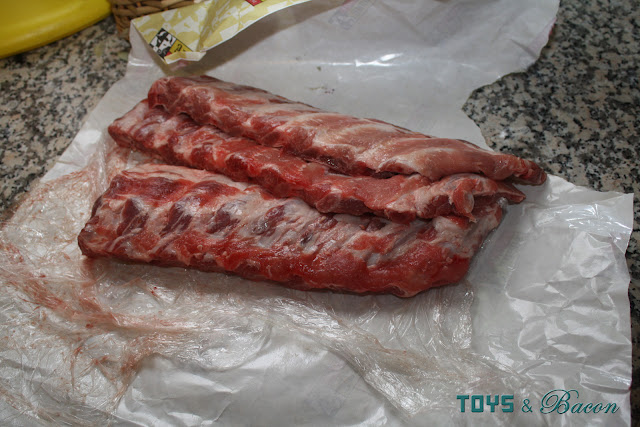 Cook the meat for at least 30 minutes. You can put sauce on it in advance, I'd like to think that the sauce is merging with the meat as it's cooking. I'll give you a recipe for a home-made BBQ-sauce some day, but this one was the easy way out. 75% Heinz BBQ Sauce and 25% Heinz Ketchup. 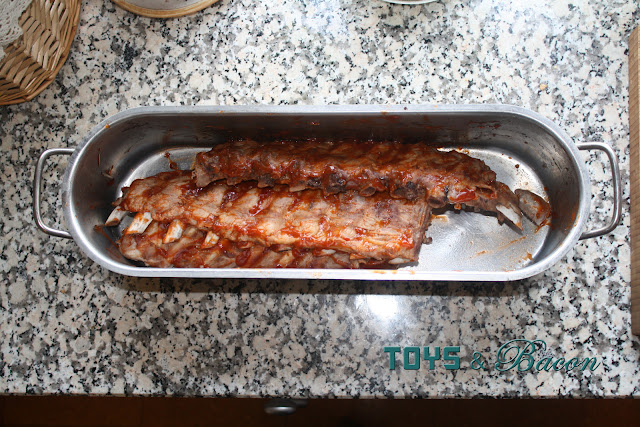 Now is the time to throw it on the fire. Don't be afraid to have intense heat, as the meat is basically already finished. You just want the crispness from the barbecue now. 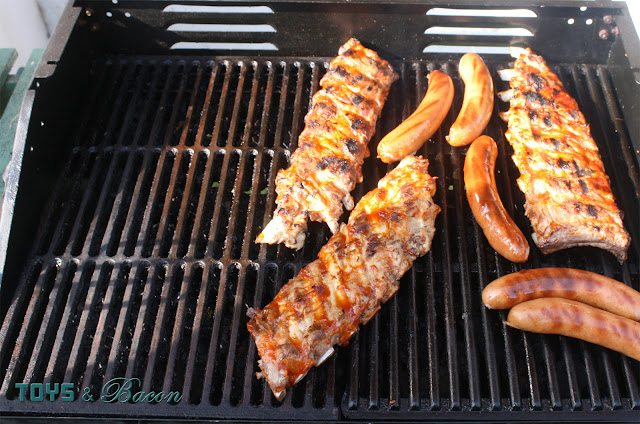 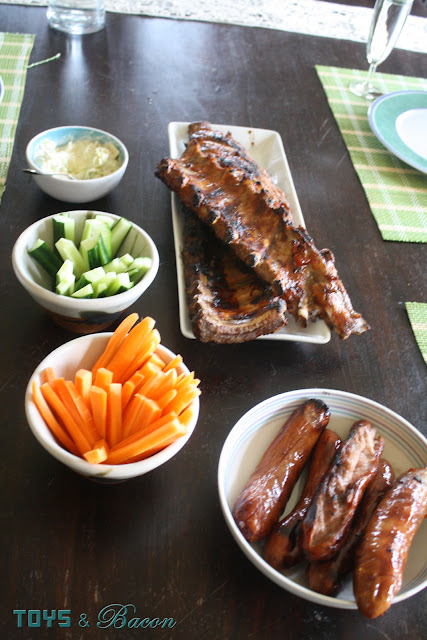 London is naturally still a great place for people at all ages and interests. There's even a Legoland nearby. You can still visit the gigantic toy store as well as the comic/collectible store. But to make your own spare ribs, you don't have to go further than your own back yard.