I believe that the good things in life should be combined, no matter how unlikely the combination may seem. I'll explain this inside, and I suggest you make the jump, not only for amateur-level philosophy, but also for more pictures of this delicious combo! 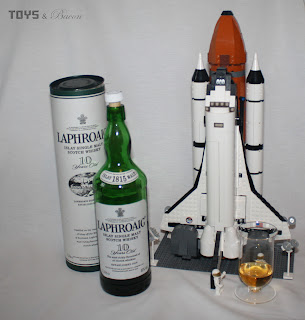 Read on for more on the Lego Space Shuttle and the Laphroaig Single Malt Whisky.


I'll easily admit that one thing with Lego that always fascinated me was the fantasy element, and in particular the science fiction sub-lines. The space themes were incredible back in the day, and I will try to rebuild some of my old sets. At the same time, I also enjoyed the more "realistic" sub lines like trains and city.

So when I saw the Lego 10213 Space Shuttle - basically combining my favorite Lego themes - it was not only a toy that I wanted to build and play with. It was also reigniting my interest for Lego, an interest that had been dormant for 15 years.
It was like being reminded of something that you loved, but almost had forgotten. Like being reunited with an old friend. Like remembering a good feeling. 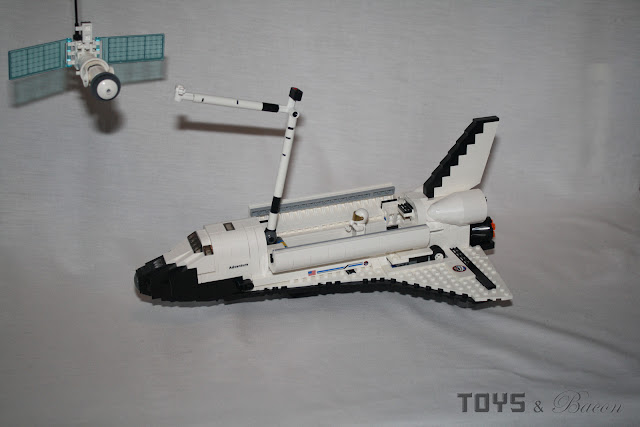 The Lego Space Shuttle was released in 2010 with the Lego number 10213. I bought it the same year while I tagged along with my extended family in Legoland. The same space shuttle was re-issued in 2011 as number 10231. This year, Lego also restarted their Lego City Space line, which included a smaller scaled space shuttle, among other cute creations.

I'm not someone to open my toys right away, specially the bigger and more elaborate toys. I usually feel there should be a reason - a moment. But I'll also admit that opening the toys can create such a moment in itself.

Just like opening a bottle of good scotch whisky can be such a moment. 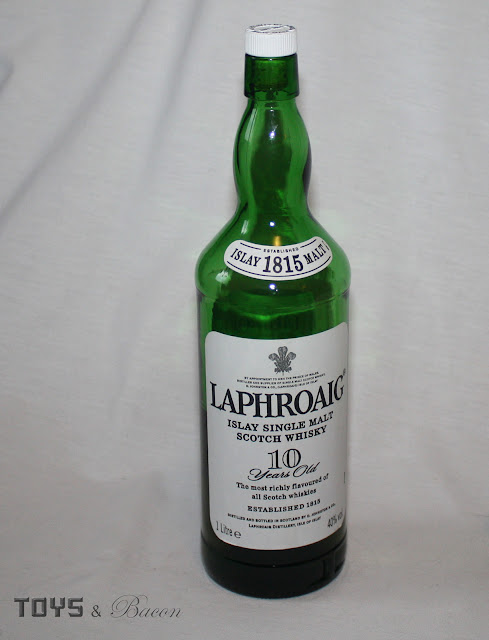 Now, imagine combining these moments, adding even more things that you consider good.

The thing is, since we are humans, we are bound to be sad and down. More than often it will feel like we are born, we live, and we die alone. And sadly, for some, it will actually be like this. Most of us - and in particular those reading this blog - can certainly have reasons to feel sad on occasion. But we are actually extremely fortunate, and we will hopefully also have more than enough reasons to feel good.

I usually tell my students that they have won the lottery.

Not once.
Not twice.
But three times lottery winners.

They won by simply being born, being able to experience, being alive, breathing, and hopefully have a health and working mind. You have no idea how lucky you are if just your mind is working. You can actually produce thoughts, ideas. And if your body is working, you can put those ideas into motion.

My students won the lottery again, by being born in the western world. I usually don't need to explain this further to my students, but some of you may not realize this: All you who can read this blog are extremely fortunate. You have roof over your head, clothes on your body, water to drink and food to eat. You have Internet access. You can speak your mind. If you love or hate this blog, you can comment. If you love or hate your government, you can comment. You can pursue your own goals and happiness, with the only obstacle being the amount of effort you're willing to put into it.

My students won for the third time. They won because they have someone that cares about them. I see you already doing the Batman quote: "My parents are deeeeaaaaad!"  That's truly sad, but you realize there are still persons who care about your existence. And my students could have no relatives, no friends, and there would still be a persons who cared - starting with the person right in front of them.
Batman gets told in one of the new movies that his parents may be dead, but there's always someone that cares. Either his old friend from his childhood, his trusted butler, or the endless army of gimmicky villains that has nothing better to do than challenge the dark knight.

I'm getting a bit off topic here. My point is that we have good things in life, even though we may not always be aware of them. We may feel sad on occasion, but we are able to bring back good memories, or simply create new ones.
I'm fortunate enough to have toys, whisky, a summer house by the beach, and good friends. Combining these things seems natural, but it's also smart.
The good things in life can create a synergy effect. They reinforce each other, creating a massive ocean of good that sends rivers down to their respective groups. I'm not really a fan of whisky, but I can appreciate this bottle of Laphroaig. Mainly because it was opened in good company, doing an activity I really love. 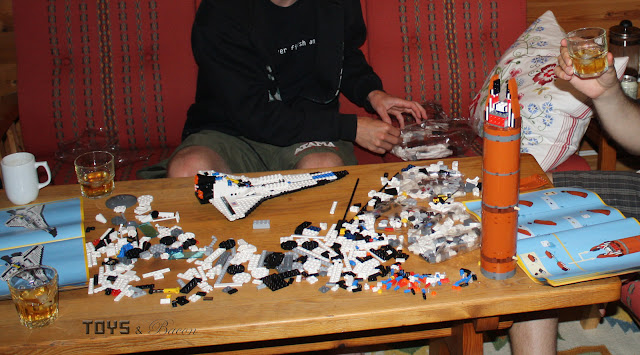 When I today pour myself a glass of Laphroaig, I get instant flashbacks of last summer, but I also have to admit that it's a damn good drink. It has powerful smoky taste, but it's also surprisingly sweet, with a touch of salt. It smells a bit like the ocean. If that's because how it was made, the location where it was made, or the location where I first drank it, I'm not sure... A combination maybe?
Now, I already have a massive amount of good memories building Lego, but I'll admit that our Lego sessions at my summer house are exceedingly memorable. 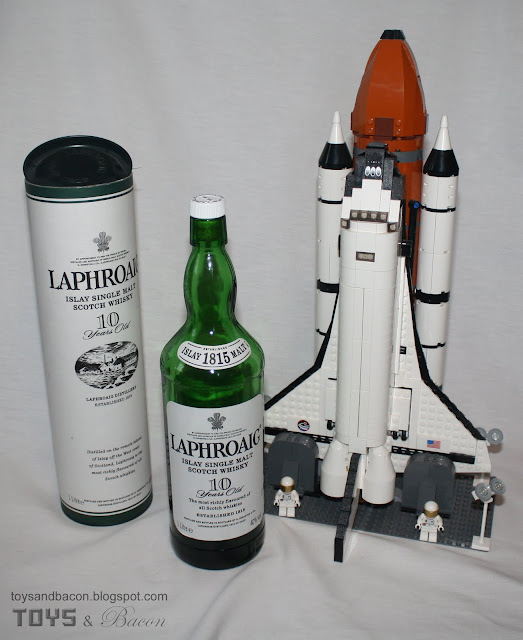 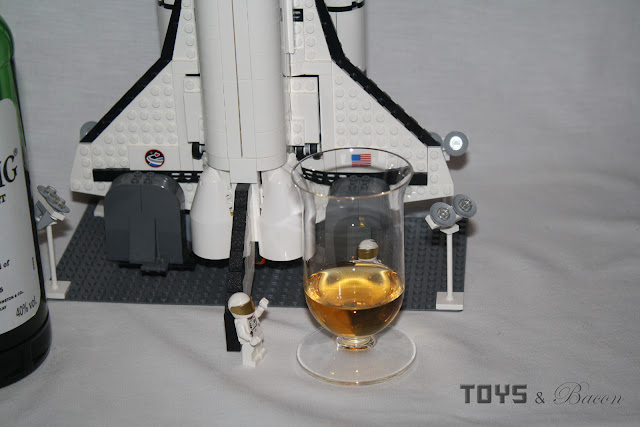 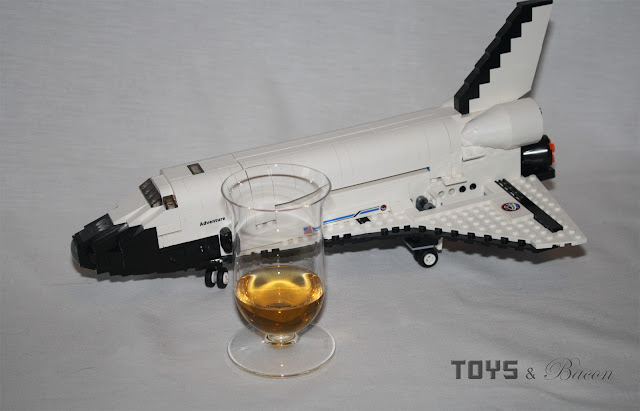 I would also like to congratulate you on still being able to finish the shuttle, I know after a few drinks I struggle to complete a sentence :)

I got the Lego Space Shuttle and a bottle of The Glenlivet Nadurra for christmas. I already opened the bottle, but not the lego yet. Soon.