This was initially meant to be just a remake, with better pictures of the same burger I made last week. But when I was missing an ingredient, this turned slightly different. 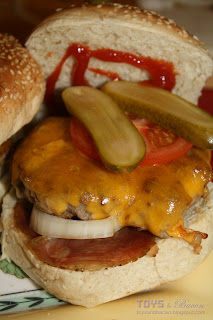 Read on for more burgers!

A week ago, my article mainly focused on how to compose the burger. In what order the individual parts would be added to make up the entire burger as a whole. Believe it or not, it caused some controversy. Not a big deal, but people where arguing that nothing came below the burger - if anything, it would be the salad. I had people arguing that there should be a dressing, mayo or something on the buns. And there were people who made fun of the lack of pickles. That last part, I fully agree with.

But I'm still a fan of symmetry - I think there should be just as much below the meat as above it.

I mix this, and just split it in four parts, making four burgers. 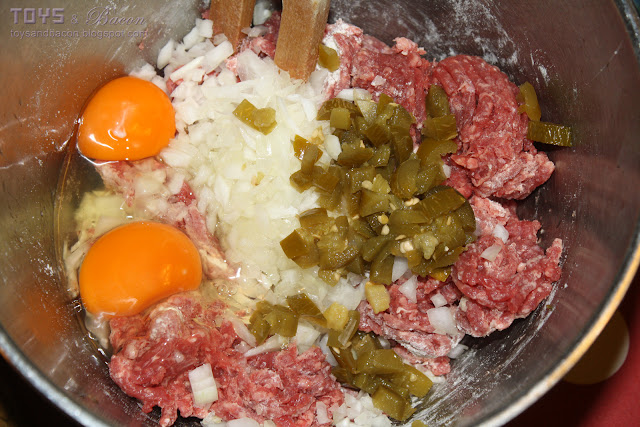 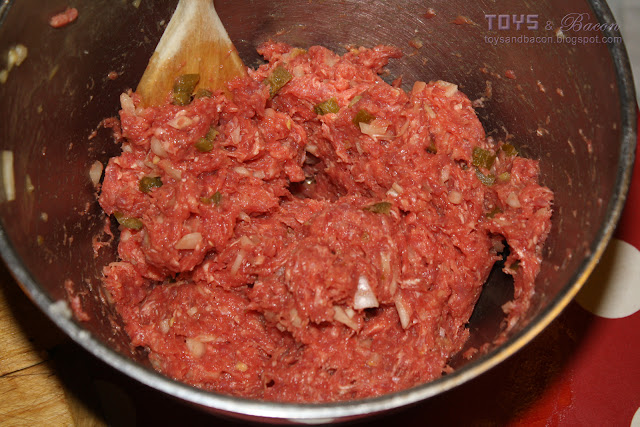 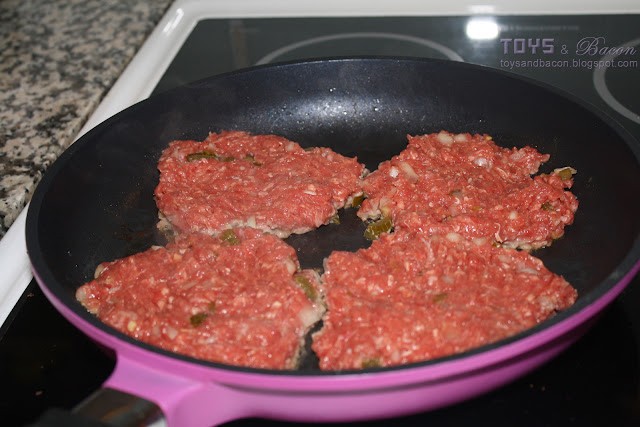 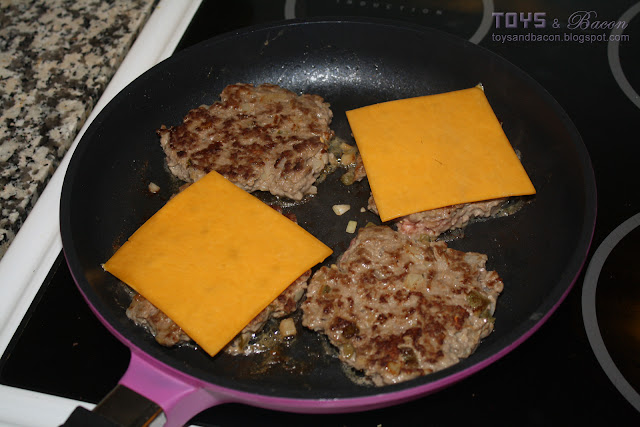 The cheddar was of slightly lesser quality than what me and my friend used last week. But I tried making it on a "student budget"...

Now at this point, last week, I was ready to add the fried bacon. But I was out of bacon. :O

I did, how ever, have smoked, dried meat. Which I just fried a bit, to get it crisp. 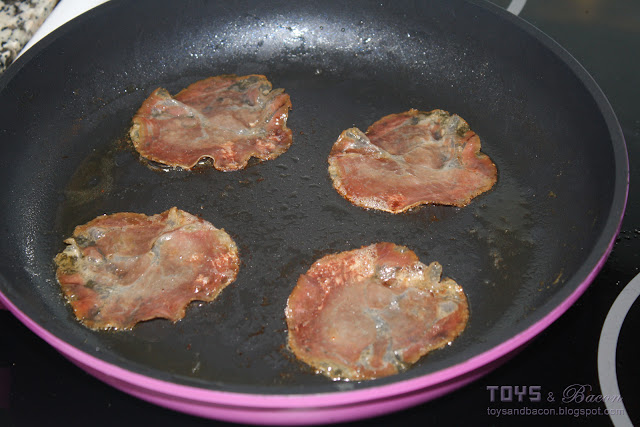 Here's what I'd like to have on my burger. Some good stuff here. 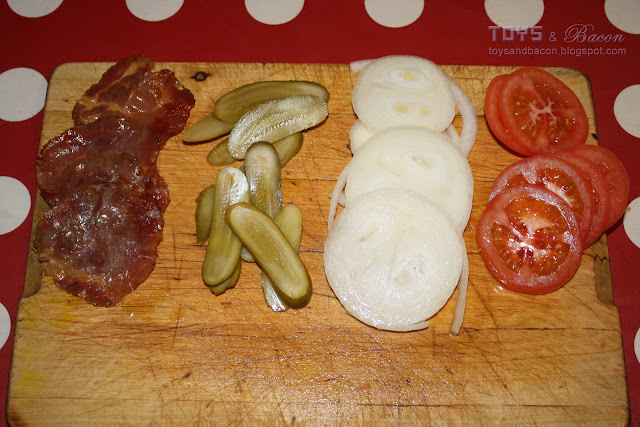 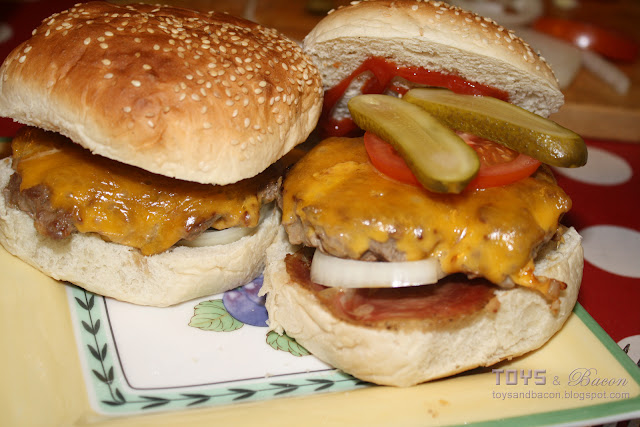 And that's pretty much it.
Heat the bread in the oven, serve with fries or something. Burgers are amazing, and the added touch of the crisp, dried meat wasn't bad at all. I still think I prefer bacon, but I don't mind variation.
Posted by Jon at 9:12 AM