For those of you who are growing increasingly more tired of me writing about G.I. Joe: Take comfort in the fact that G.I. Joe Month is nearly over. Come Wednesday, we are done. One month of (almost) nothing but G.I. Joe.
For those of you who absolutely love G.I. Joe, and fear that this all, this is it: Do you honestly think I have written everything I want to say about G.I. Joe? I have just scratched the surface. I haven't shown off my coolest vehicles. I haven't shown off my craziest figures. And I haven't even begun to touch upon the insanity that the early 90s would bring to this toy line.
But I will show a glimpse of that madness today. 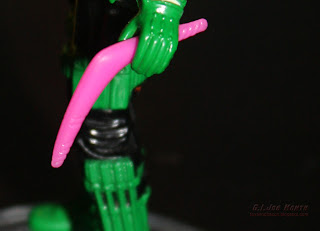 Read on for an article about Skymate, the boomerang-slinging, hang-gliding, parodically Australian archer.

Not everything about G.I. Joe makes sense.
But it's easy to forget – specially when you read nerds like me writing stuff like this about these toys – they were in fact toys. Toys for kids. Obviously, there are qualities to these toys that are perfectly able to transcend age, and uh.. maturity.

But even I will be the first to admit it. 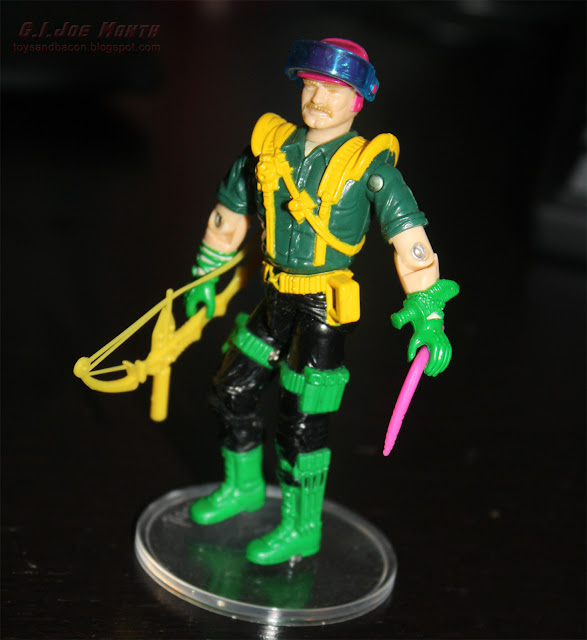 But not as silly as he could have been, and I guess that makes him even more crazy, in my eyes.
Stay with me here. I've shown you some incredibly weird Joes over the last weeks. Hasbro would take a perfectly natural and relevant sculpt, and paint it in silly colors (below, left). Or they would attribute an absolutely insane skill to a character (below, left... and right). 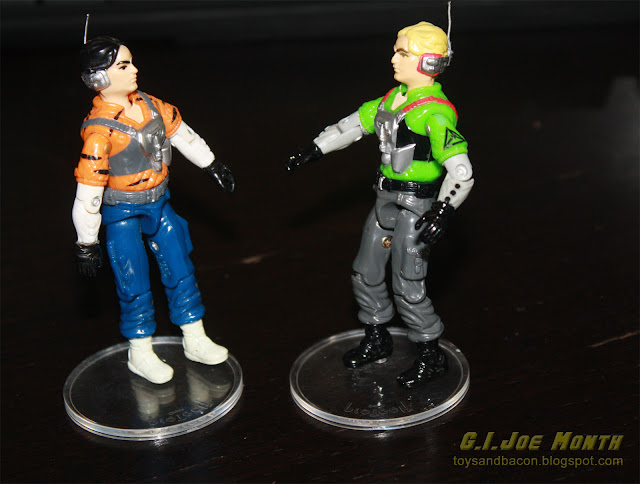 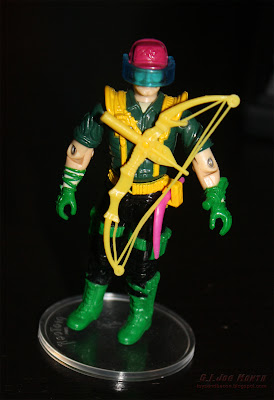 But if you take a close look at Skymate, he's not that far out there. He looks like he almost could pass for a specialized soldier. He has some bright colors, but they could be worse.
The green boots almost makes sense, as does the yellow web gear. Yellow bow? A guy has to match his equipment, don't you think? But wouldn't it have been better to have this guy in a tan uniform?
The sculpt has no apparent faults. The sculpt is actually great. The knife on his right hand is a bit more protruding than what should be considered safe, but other than that, it's an adequate outfit. Arrows on his leg, sure. Short sleeves, it's probably warm in Australia, even at high altitudes. A cap with visor? He's flying a hang-glider, this makes perfectly sense. A cap with a kangaroo logo? Well he has to represent Queenstown, doesn't he?

But why is the cap pink?

And why is his boomerang pink?

And how does he even benefit from using a boomerang while piloting a hang-glider?

What I'm trying to say is that Skymate is within the realm of possibilities, meaning he's not that far out there. All the while he's presented with just the right amount of silliness. In a way, Skymate represents the bridge between the realism we saw the during the 80s, and the colorful insanity of 91-94. 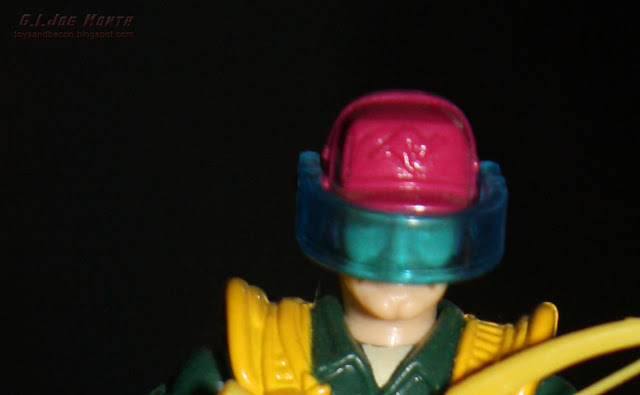 Best of both worlds? You be the judge of that. 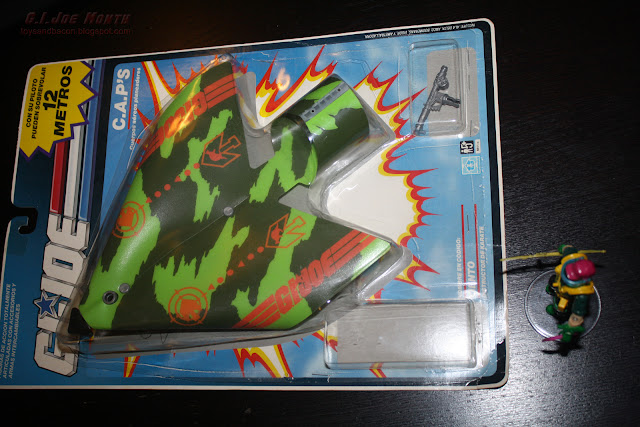 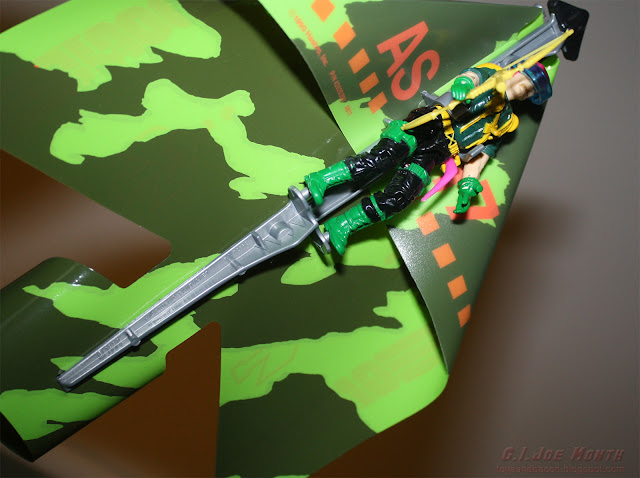