In the same category as the UK release Action Force Rapid Fire Motorcycle, with Quarrel, the Action Force Hyena - or more specifically the Red Shadows Hyena is a repaint of the 1983 Cobra HISS tank. Not that different from the Sears Exclusive red HISS Tank released in 1985, but easily distinguishable by the red turret base. As with all the early Action Force vehicles, it came with a massive sticker sheet. I have barely used half of it on my Hyena, as I prefer a cleaner look. The Hyena came with a variant of Destro v1 called Red Jackal as its driver.
I like to use this as a vehicle for the Crimson Guard, but it could just as well be something for the Iron Grenadiers. 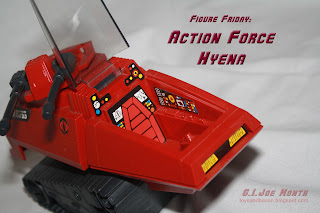 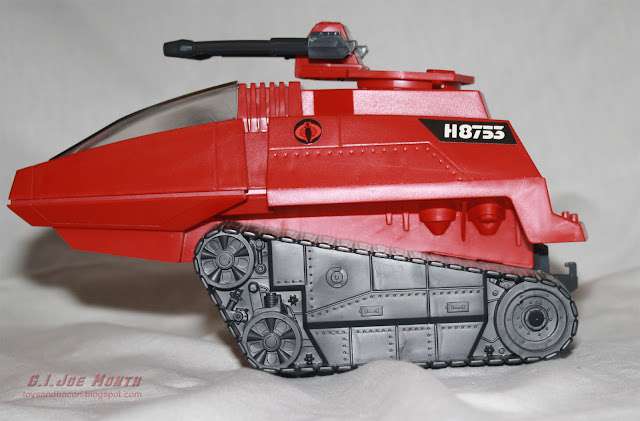 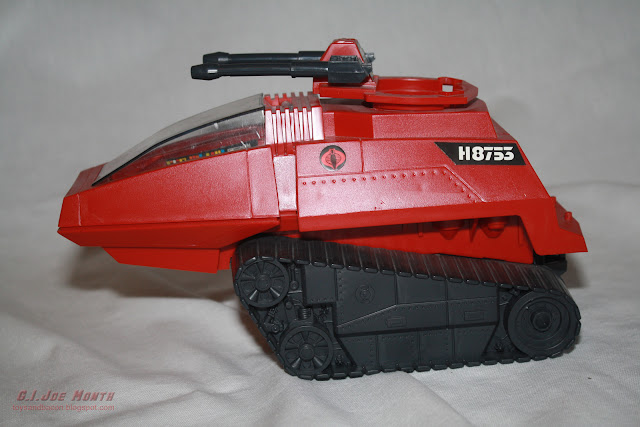 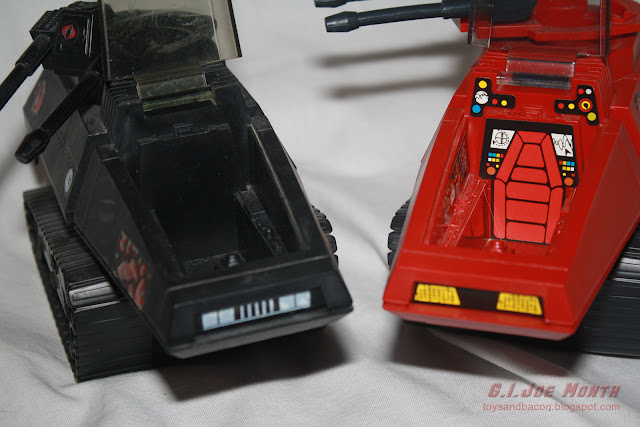 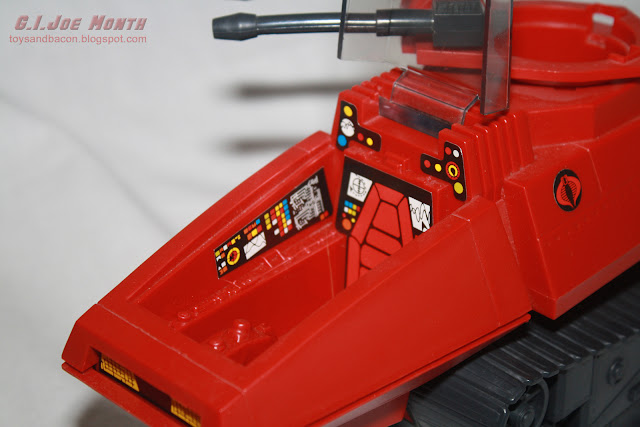 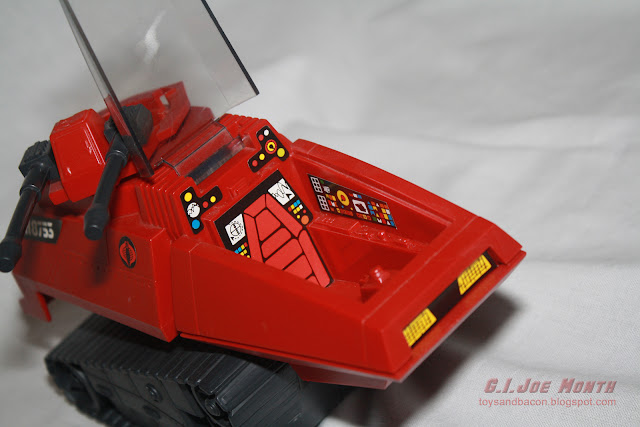 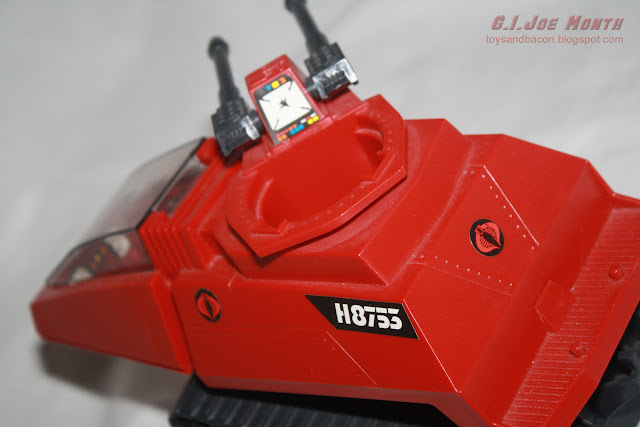 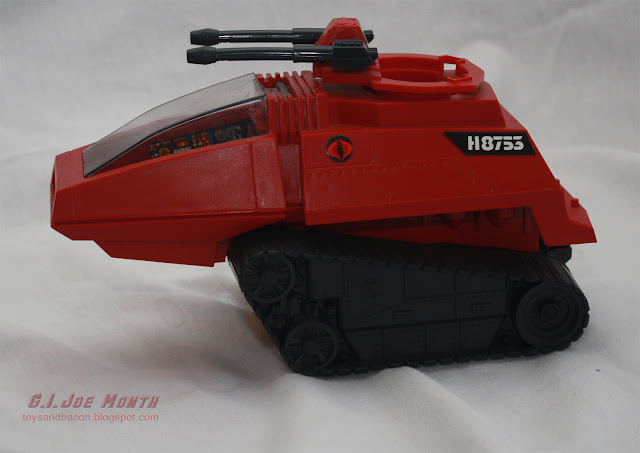 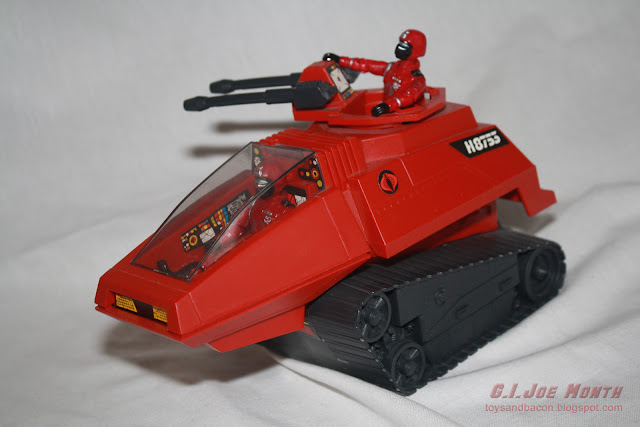 I have a blue/grey H.I.S.S. tank with decal numbers 813 with a muddy splash like design around the tracks. Do you have any idea what this version could be?
Thank you

That's the Hiss III from 2000. It was a Toys R Us exclusive. It was identical to the first Hiss tank, and it came with a driver, Rip-It - who was nearly identical to the original driver, apart from new colors.

It has 1983 Hasbro marked on the bottom, just like the original. Is it still a Toys R Us exclusive?
Thank you for your information.

Yes, Blabs. It should still be the 2000 TRU version, as it's the only version with mud splash. Hasbro used the exact mold from the 1983 version when they created the 2000 version, which also included the date stamp. This goes for most of the repaints/re-uses of molds, they keep their date stamps.

Even the Moray Hydrofoils I showed last month, made by the Collector's Club for the 2004 convention, are stamped "1985 Hasbro..."

Awesome! Thank you for the great info.!