I finally got around to see the new Conan movie. It wasn't the worst movie I have seen. The girl was cute, and Bob Sapp was playing a villain. And that's about the best I can say about it. I obviously made the right choice not using any money on it. In fact, I see no reason why they made this movie. They already made the perfect Conan movie, back in 1982. And I can say this, because I'm a Conan fan. The old comics Marvel made in the 70s is something I like to read, and re-read.
There has been made quite a handful great Conan statues, but a year ago, we finally got a great Conan action figure - all though in a slightly different format that we had expected. 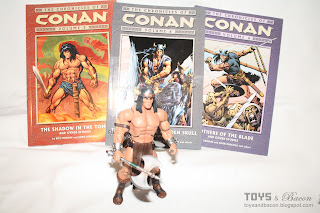 
Back in the 70s, people were getting a bit tired of superheroes.
Again.

After the first wave of superheroes in the 40s (called the Golden Age of comics), a shift to more realistic comics happened in the 50s. Instead of reading about the adventures of Superman or The Defenders, crime and romance comics became more popular. Then in the 60s, Marvel Comics emerged and started the Silver Age of comics, with Spider-Man, X-Men and all those others. For a short while, this was cool stuff. Both Spider-Man and Fantastic Four was very popular. But the superheroes were still not dominating the comic world, like we would see in the 80s. The fact is that only few years after the initial release in 1963, X-Men was barely selling. In fact, Marvel was publishing reprints for a long while, not producing new material of the merry mutants. The Silver Age re-ignited the superhero genre, but the readers still wanted more realism.
Marvel answered by publishing comics based on classic novels like Dracula and Tarzan, and pulp heroes like Doc Savage and John Carter (which is getting a movie this year, I think).
And Conan the Barbarian was part of this selection of "non-super" heroes.

Initially based on the writings of Robert E. Howard, the comics tell the story about a young man adventuring around in a world vaguely resembling iron age Earth. The fact that it featured a forgotten realm of "our" world, combining realism and sorcery was part of the charm, and the reason Conan became (and still is) a cult favorite.

The 1982 movie is also very much a cult favorite, as was the intention when it was made. It barely has dialogue, and when there are spoken lines, it's mostly a monologue directed towards the silent, gloom barbarian. Easily Arnold Schwarzenegger's best role, he fit both physically and emotionally. He was the barbarian. There are many good moments in the first Conan movie, but the two things I like the best is the general mood and the music. They managed to capture the adventurous, "almost-earth" feeling from the comic, and the music is just epic.

The new movie falls flat on its ass by wanting to be mainstream. Conan isn't mainstream.


But this was about toys, wasn't it? You're reading Toys and Bacon after all, and now that I have shown you the "bacon", it's time for the toys.
Like I said, we have gotten our share of  Conan stactions and statues. But never a proper action figure.

Mattel wanted to produce Conan figures back in the 80s, but weren't allowed to. So they simply made their own. They called him Vikor of the North. This was the proposed design of how he would look like. 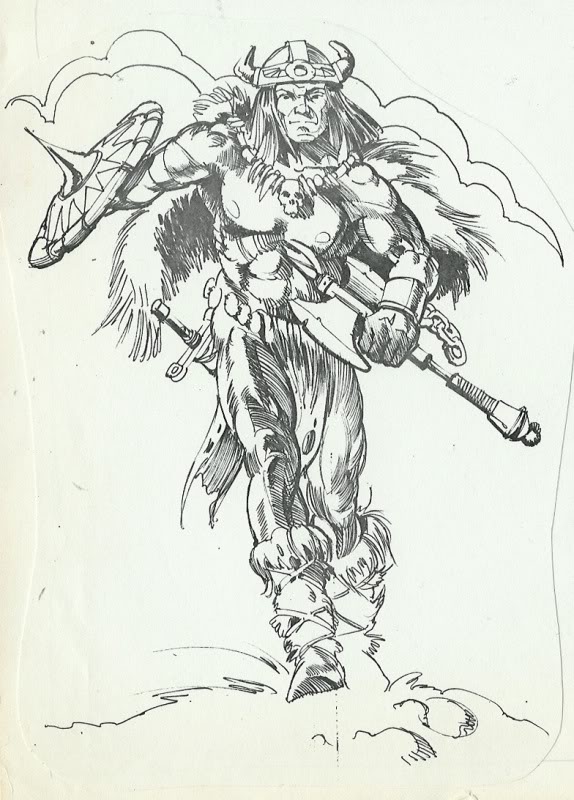 And here is how Conan the Barbarian looked like in the 70s comics: 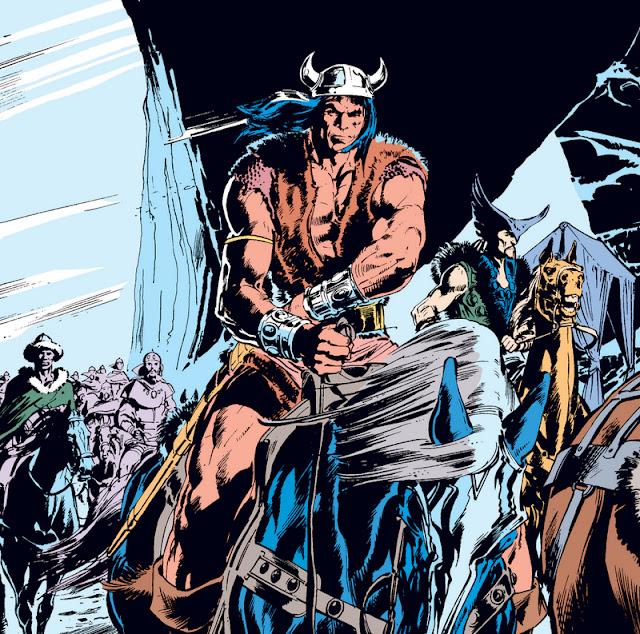 A legal battle started between the family of Robert E. Howard, Marvel and Mattel, which as far as I know Mattel ended up winning. But as you can see, there's really nothing to discuss here. Legally, they could make the toys of Vikor if they wanted to. Morally, not so much.
Luckily, Mattel tweaked the idea, and added sci-fi to the sword and sorcery theme. Masters of the Universe toys arrived late 1981, accompanied by a comic and a cartoon.

You know how He-Man looks like. It's easy to agree that it's a different thing, and Masters of the Universe was a huge success, still is. Today, of course, we are getting the updated versions of old MOTU characters through the Masters of the Universe Classics toy line. Fantastic toys I've talked about on many occasions. A cool thing about MOTUC is that they don't limit themselves to only the vintage MOTU toys. We're getting  toys based on anything from She-Ra to New Adventures characters. Anything from the 200x line, anything from the old mini-comics.
And prototypes. 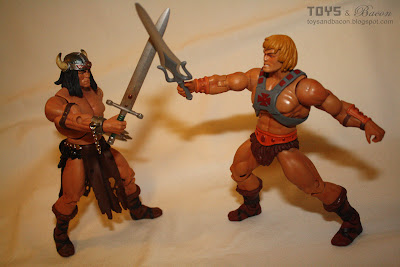 In that context, a toy based on the prototype of the main hero makes sense. But to me, it's not a prototype of He-Man. 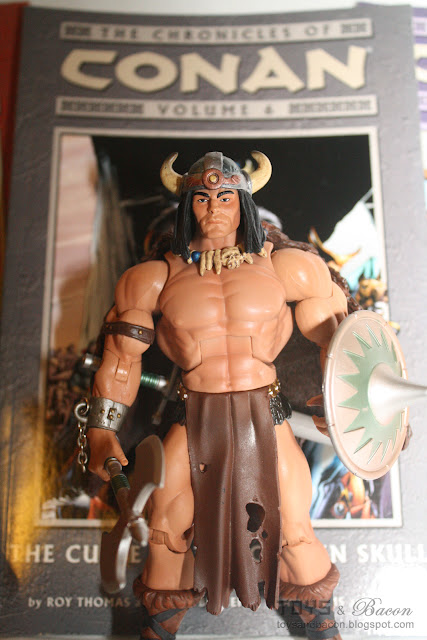 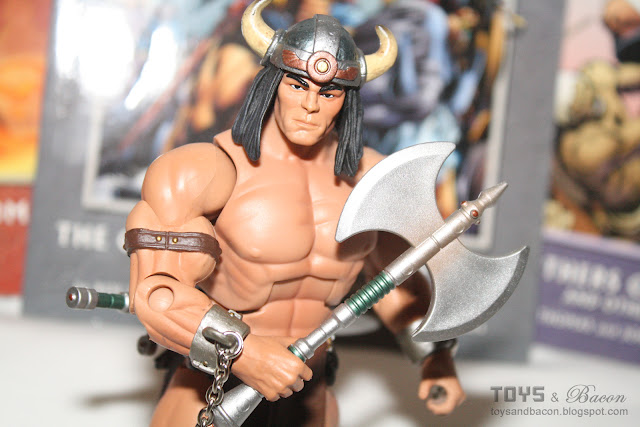 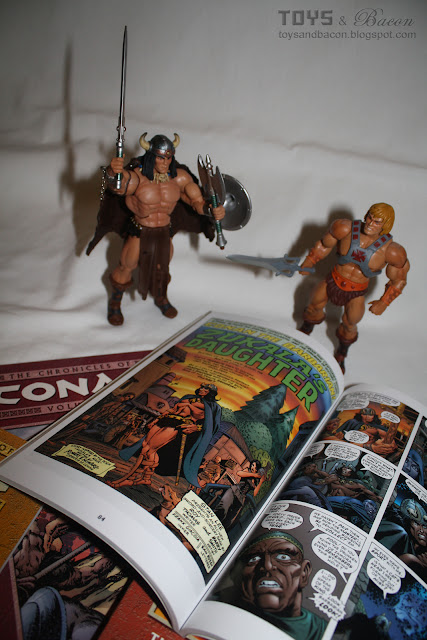 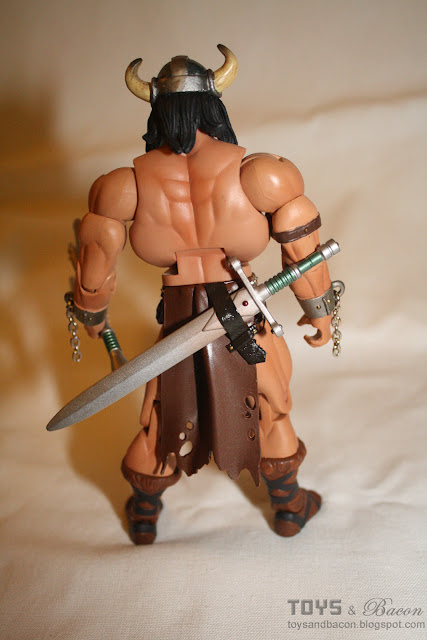 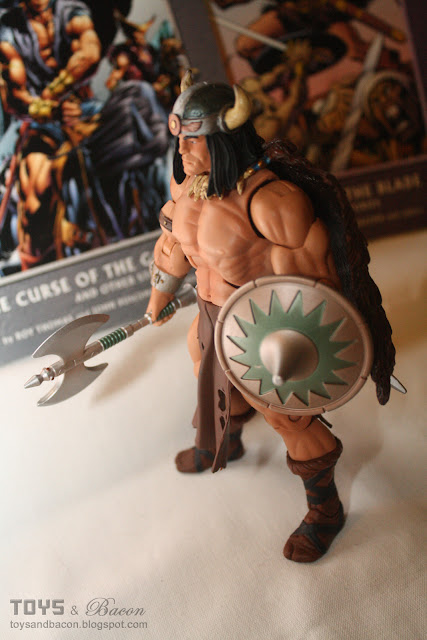 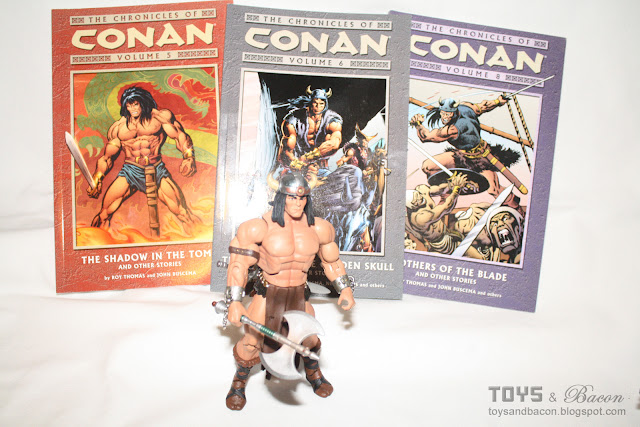