Admittedly, I know nothing about tea. Sure, I've made my own peppermint tea, and I'm a sucker for cute cups. But unlike with toys, baking, progressive rock, wrist watches and all the other useless knowledge I've accumulated, I've never really taken the time to seek knowledge about tea. And that's a weird thing. Because the last years, I've probably spent more time drinking tea than playing with toys. 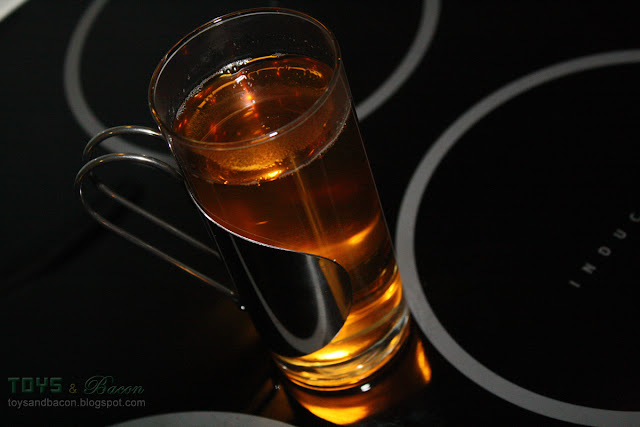 So my mother gave me a bag of something called Darjeeling First Flush. It's apparently the Grand Maximus or U.S.S Flagg of tea.
Darjeeling is a place in India. First flush is what they call the first harvest in the spring. That's all I know.

I can also tell you that it's totally worth it's ridiculous price (at least when I didn't pay for it myself).

The first flush is surprisingly light in color. Both before you steep it, and the color of the brewed tea. And as far as I know, it's supposed to be like that. I used quite a bit more than I would with the regular Ceylon black tea you can see to the left here. To the right is Japanese green tea. Darjeeling first flush in the middle, and as you can see it resembles green tea more, even though it's considered a black tea. 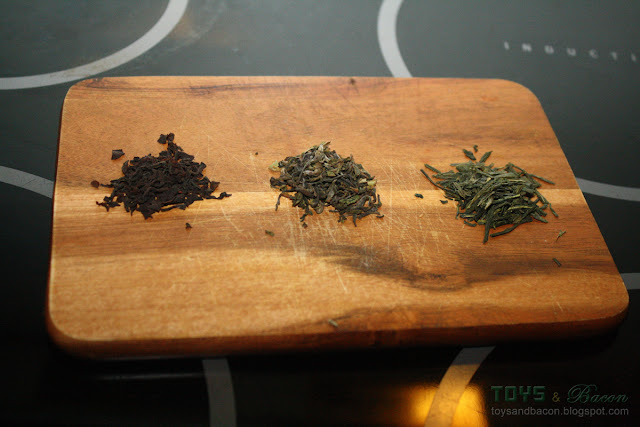 The taste is hard to describe, but I can try. It's fruity. But not unnecessarily so. I'd rather say it tastes a bit like flowers smell. It definitely doesn't taste like fruit tea, but rather like a sweeter and more interesting black tea. It has some tannin, and drinking more than one cup will leave you with a dry mouth. I think I enjoy it better at around 50 degrees Celsius than at higher temperatures, because it gets a certain texture I prefer. Almost like it feels a bit thicker, filling the mouth with great flavors.
I still haven't a clue what I'm doing, maybe I'm not using enough, maybe I'm steeping it the wrong way.
Either way, this is a step in the right direction. Expensive it may be, and even though many good things in life are free, truly great things also tend to cost a bit.
Posted by Jon at 8:15 AM

I came across your post on reddit regarding Darjeeling FF. As some commenters mentioned, each tea is different and unique. Our company also maintains an exhaustive knowledge base of Darjeeling Tea - I believe you can find information on steeping FF teas there : blog.darjeelingteaxpress.com