Rest assured, this will not be the last time I write about the Christmas of 2012. I have a big, and somewhat expected article coming up. Loyal readers will understand what I'm talking about. But I'd like to share a few images from Christmas eve. In our country, the main day for celebrating Christmas is the 24th. And I'm not sure I like it. It's almost like we try to cram everything Christmas into one day. Big dinner with the family, gift giving, vacation. That last part is definitely taking a bit hit in our Christmas celebration, and probably many others' too.

Anyway, we ended up eating well. Reindeer, this Christmas, like last. It's a tradition within our family, and it's fantastic. Reindeer is lean, and tasteful. It has that wild taste, but it doesn't force itself on you, like elk or deer easily can do. Reindeer is not a common meal for Christmas in Norway, certainly not in comparison to the other traditional Christmas meals. Sauce, potatoes, various vegetables, sausages, wine, liquor, the works. Dessert was lemon fromage. 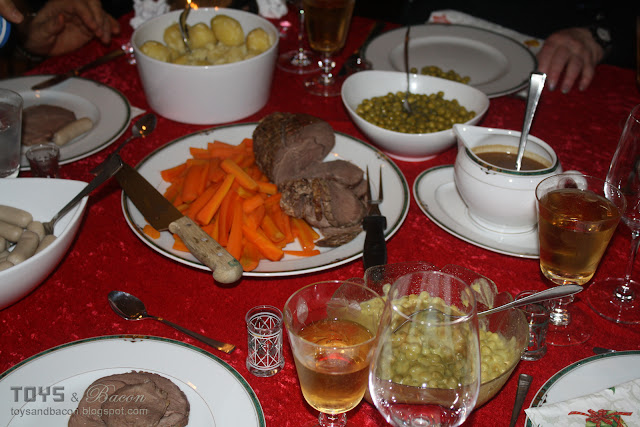 Presents were opened, and my nephew - a fellow brick buddy - got tons of Lego. The poor guy almost got nothing but Lego. I too got lots of Lego, some of it I have shown in the blog already (it was Rorschach, from the Watchmen, by the way). Some is yet to be featured.
I couldn't help him finish the NinjaGo (sic?) boat. But it looked awesome on the box -_-. 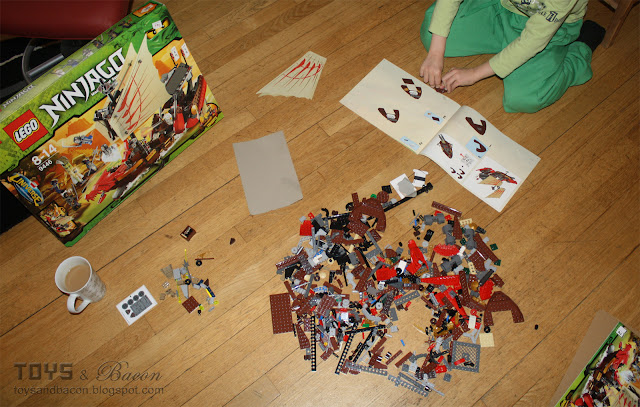 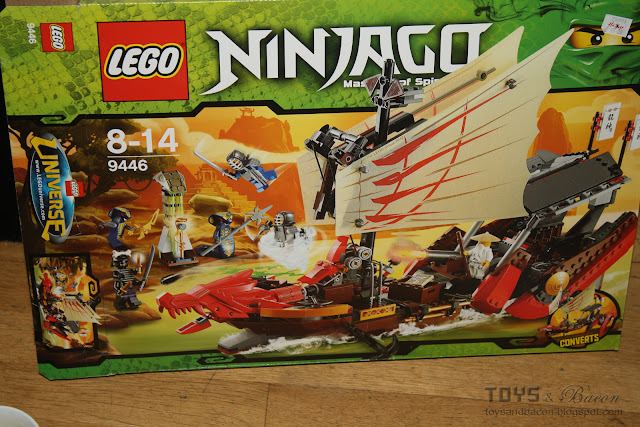 Question is if this is the last Christmas he'll wish for Ninjago for Christmas. I believe Lego's new theme, the anthropomorphic action theme Chima, will be the next big thing for the kids. It certainly doesn't look too original (Battle Beasts anyone?), and the play feature, with push-driven battling vehicles, isn't impressing anyone.
But it's Lego. Never bet against the bricks. 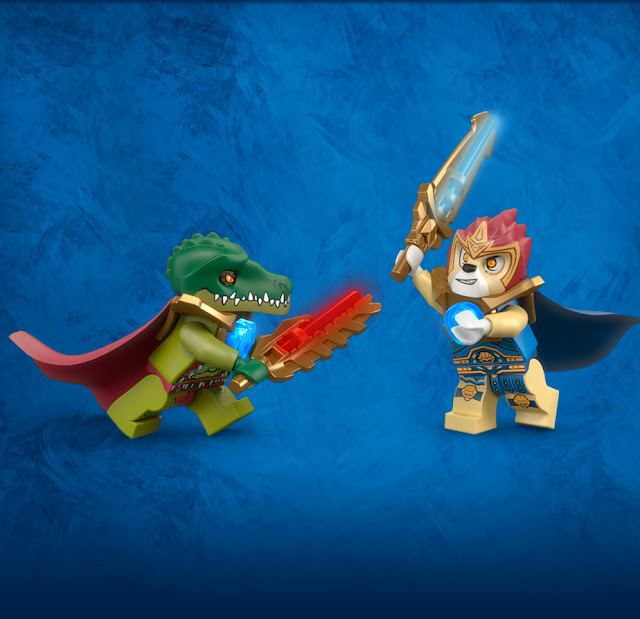