At Lego's 55 year anniversary, I'm delivering a big one. An article on the Lego Avengers sets. Not all of them, but a solid majority of them. And this was a big deal to me. I grew up reading Marvel comics, I grew up absolutely loving The Avengers. Simultaneously, I built Lego (and I continue to do both these activities). Never did I consider a future where I would get to build official Marvel Lego sets. But there is a another aspect of this that makes the whole experience so much better: The fact that Marvel succeeded in making solid, entertaining movies out of their Avengers heroes. Scratch that. They're not just entertaining. For their genre, they're at the very pinnacle. I've written about Avengers before, I've had a Figure Friday on Hawkeye, and I've teased the Lego sets. So here's the big one, and it's basically just tons of pictures of three of the four sets, with added commentary. I'm still missing the Quinjet, with Black Widow. The Quinjet is cool, but I may just pick up a single Natasha on ebay. But so far, the Avengers line up is looking good. 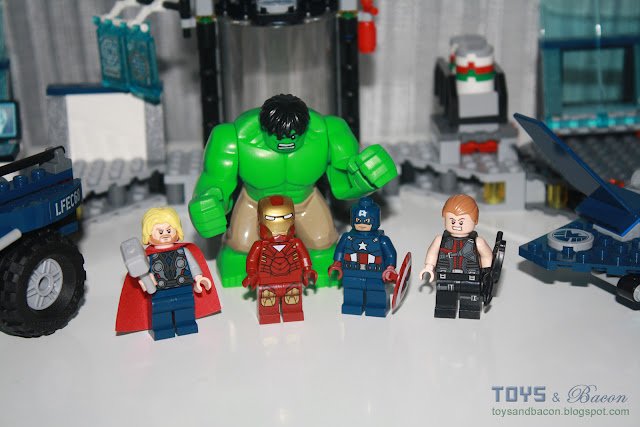 Anyway, hop on in for the Earth's Mightiest Brick-heroes.


The build was relatively quick, even though we just poured all the sets into a pile. Me and the girlfriend used an evening, taking it fairly slow. I'm not sure she gave it a second thought, but I wanted to savor the moment, and I'll admit assembling the Avengers was almost a bit esoteric, spiritual. 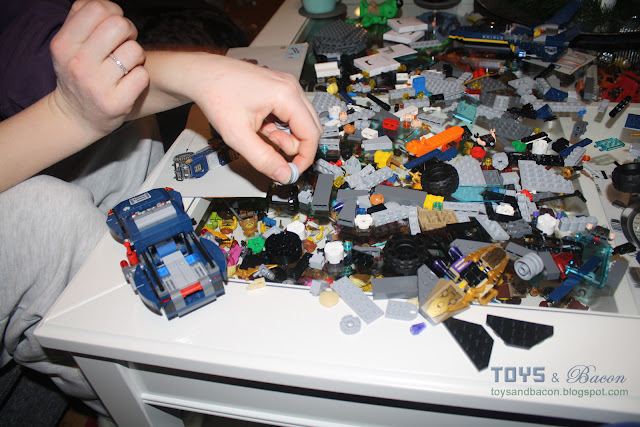 On to the finished sets. These are amazing. I'm actually impressed. Well, TLG usually ends up impressing me, come to think of it. But I feel these were worth the price. 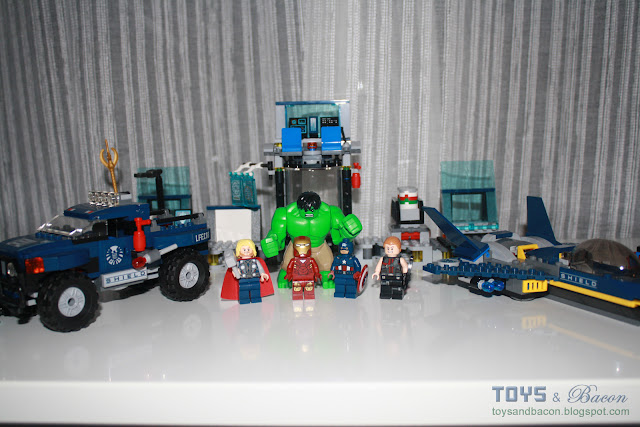 The least interesting parts of these sets were the Chitauri. That said, they have nice printed details, and serve as fodder. Captain America's Avenging Cycle is boring, but the Cap figure is fantastic. Following them is the jet, which sadly is far to small to be of any relevance. I know, I know. "Get the Quinjet". But if they had to include something else to the Helicarrier set, I'd rather it was another pod/room, or maybe even one of the rotors of the Helicarrier for Tony Stark to repair. It does come with a play feature though. The canopy over the cockpit can eject by a push of a button. Neat, but just not enough (I refuse to call flick-fire missiles a play feature). 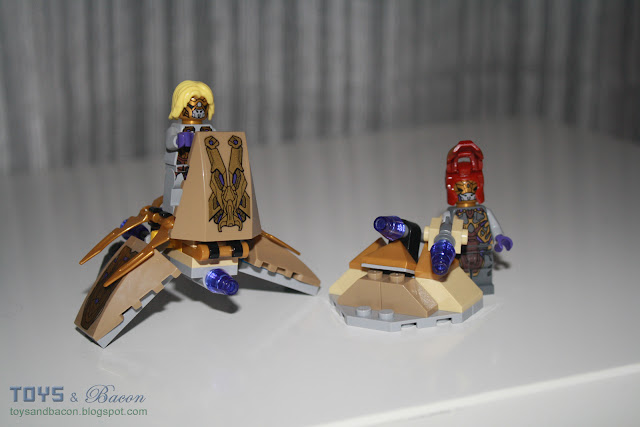 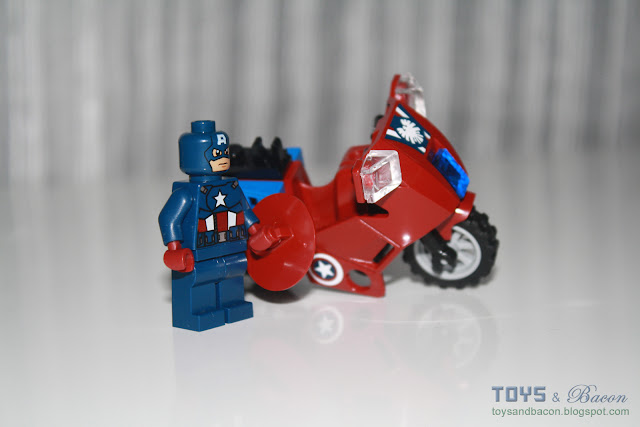 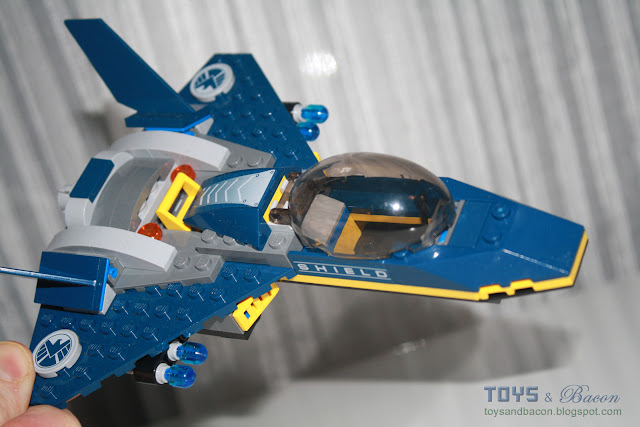 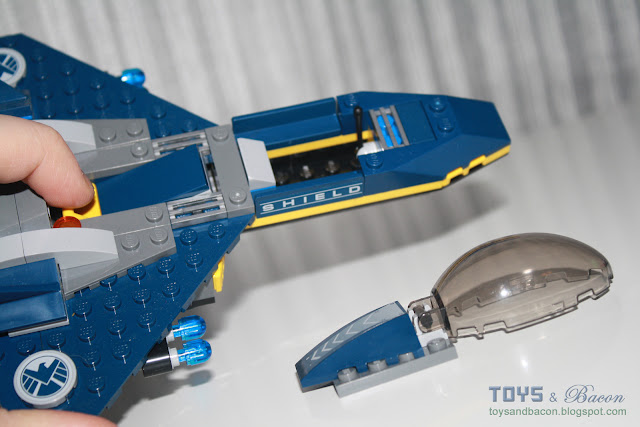 The car is quite the opposite of the jet, with its impressive size. I really like the design on this one, and it has a couple of cool details. The search lights on the roof, nice stickers, a fairly useful play feature where a figure standing in the back can be flung out of the trailer compartment  And of course the fire extinguisher (which seems to be a running theme on Shield property). 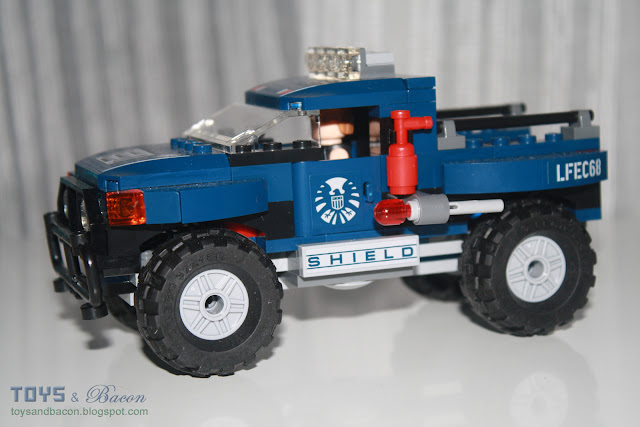 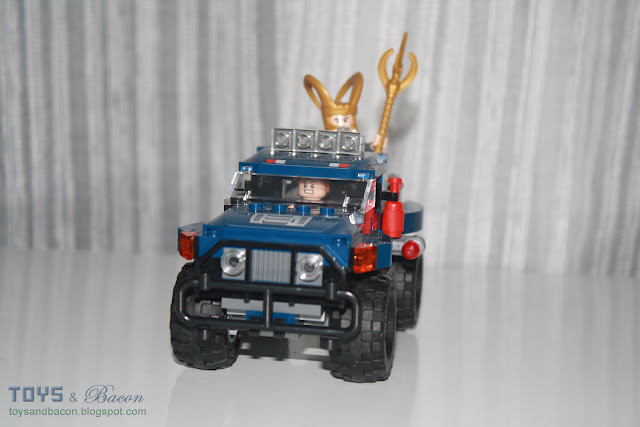 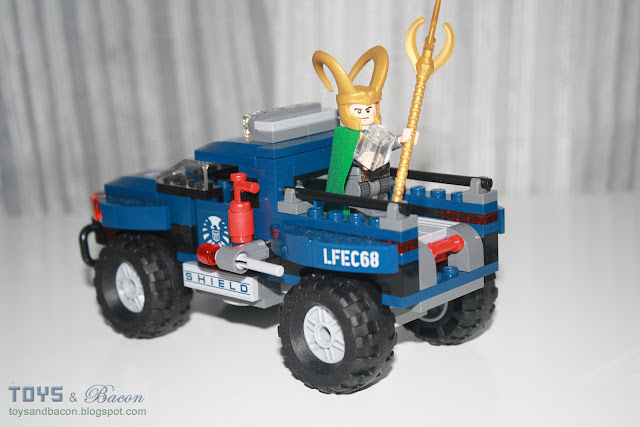 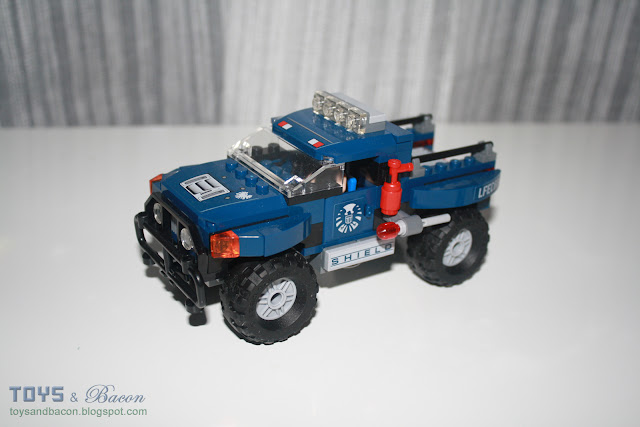 The Hulk's Helicarrier Breakout is by far the coolest set. It has a fantastic amount of details and play features. First of all, I feel TLG managed to cram almost all the relevant rooms of the Helicarrier into this rather small set. You have the bridge on top, the lab to the left, the Hulk prison in the middle, the storage unit immediately right to the prison, and a pod to the far right where there is room for anything else you'd like. 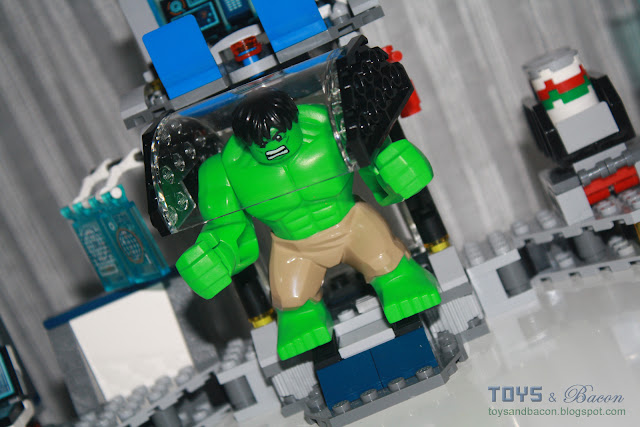 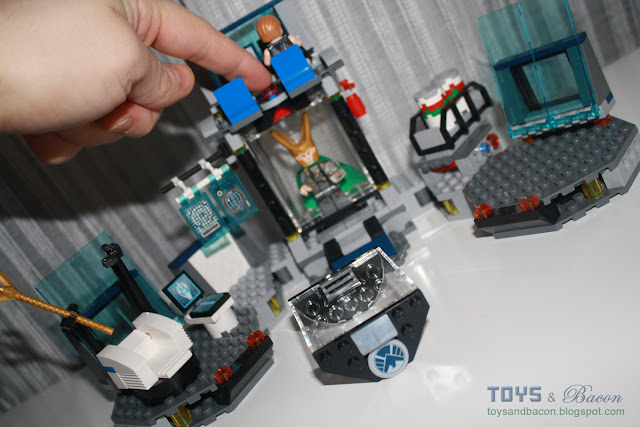 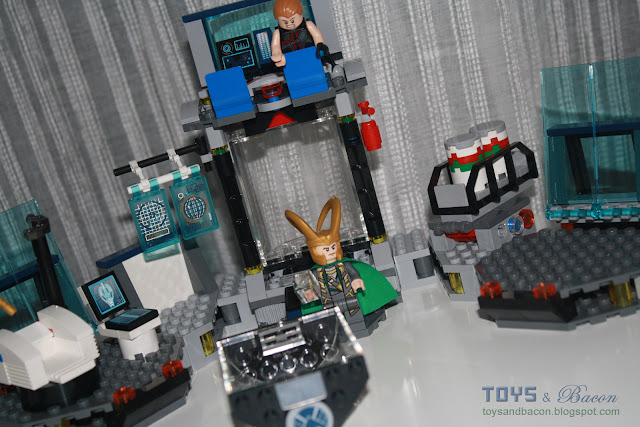 Well, Loki escaped, but let us hope he's brought to justice for releasing an alien army upon Manhattan.... 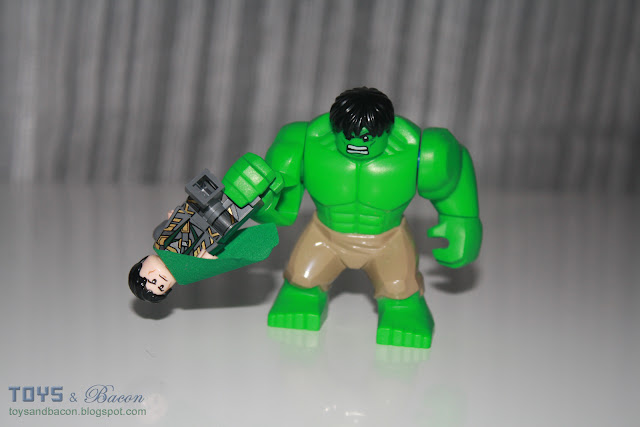 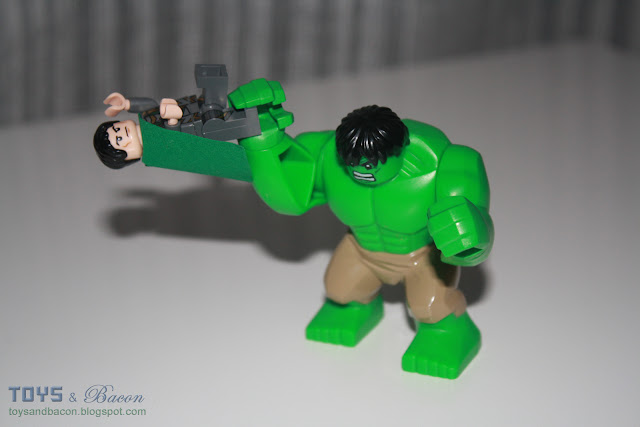 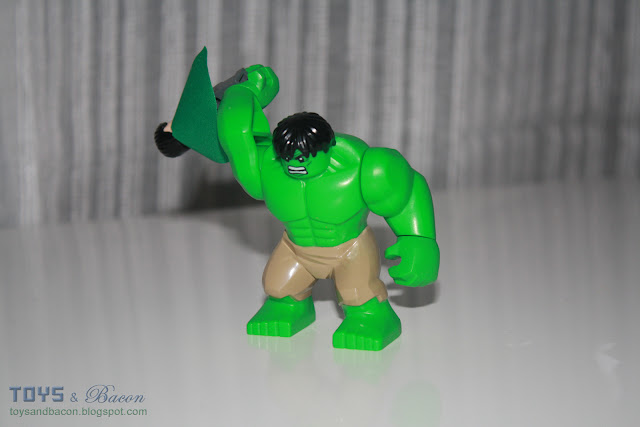 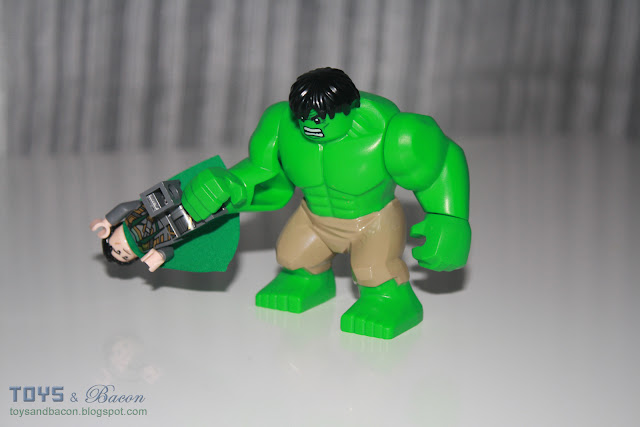 Now, we can start salivating over the potential of a Lego Thanos...
Posted by Jon at 2:40 PM