Desert Fox was my favorite vehicle in the G.I. Joe line. And that's as personal as I'll get this Friday. Sure, I can come with arguments to why I liked it, but I find it rather universal. No one can not appreciate the way this armed off road car was presented. 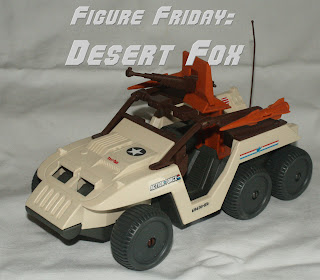 In 1988, Hasbro could do little wrong with the G.I. Joe line, and almost everything from that year is solid. But it's not necessarily as memorable as the toys that came the three years prior. 88 is in my eyes the forgotten year. It's still classic Joe, far away from the outlandish 90s, yet it's just not as massively awesome as 85-87.
Hasbro could probably have taken bigger risks, but at the same time it doesn't feel like they were playing it safe. After all, we saw weird characters like Road Pig and Voltar, and unnecessarily big vehicles like the Phantom X-19 and the Rolling Thunder. 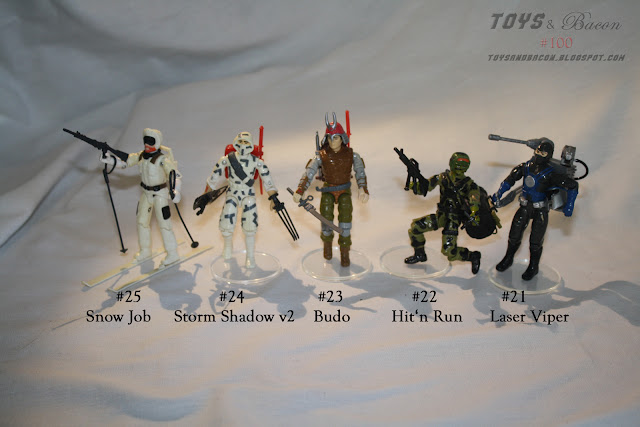 But we also got sure winners like the updated "good guy" Storm Shadow, the deliciously detailed Budo, the insanely cool Hit'n Run, and the always popular Shockwave. In fact, no less than four 1988 figures ended up in my top 20: Destro V2, Astro Viper, Sector Viper and Iron Grenadier.  These are strong figures. Combine that with vehicles like the BUGG, the DEMON, the Tiger Force stuff and today's subject, the Desert Fox, you have a good line up.
The light, but heavily armed Desert Fox is definitely an underrated, but non the less classic Joe vehicle. 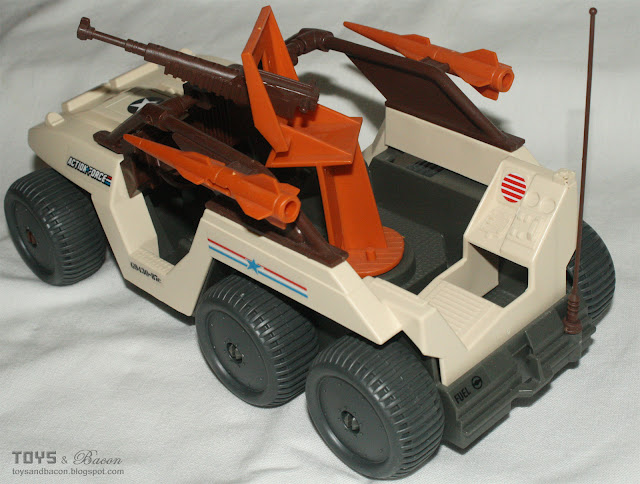 Desert Fox seemed like a no brainer. It had been a while since the Joe team got a light ground vehicle. 1982 we had the Vamp, 83 saw the Vamp mk.II and 85 saw the fantastic Awe Striker (which I will definitely feature soon). 86-87, on the other hand, no cars. Unless you want to count the Crossfire...
So Desert Fox was expected.

It got featured in an entire issue of the comic, along with its counterpart, the insanely cool Mean Dog. The Joes use the new vehicles in a chase after Star Viper who stole the black box from the Defiant. Exciting stuff. 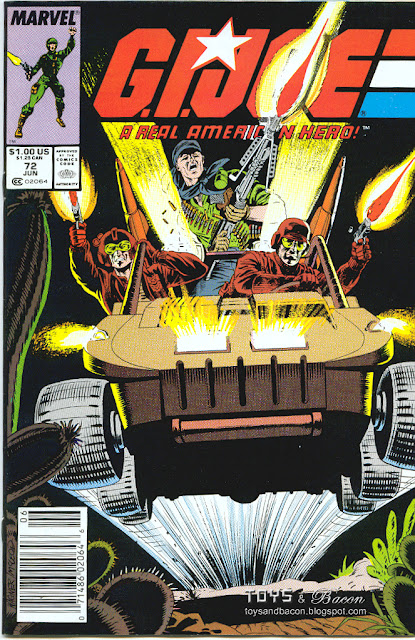 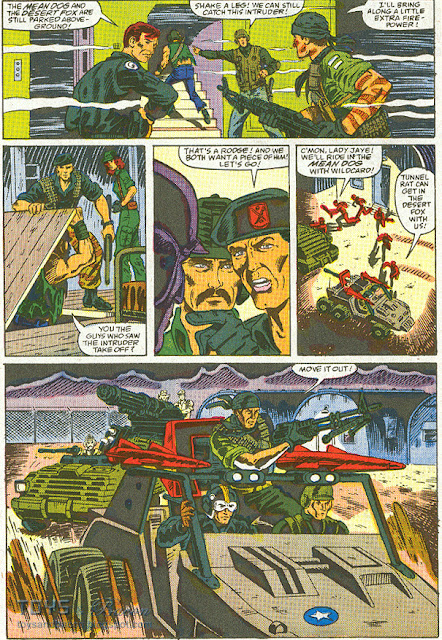 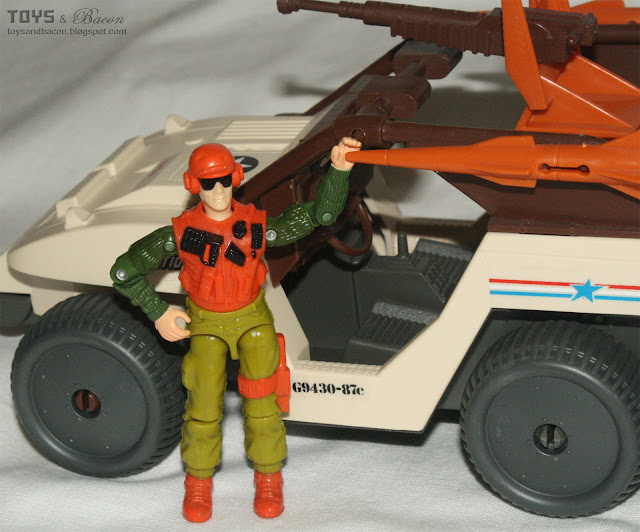 Desert Fox came with a driver, the unfortunately named "Skidmark". Now, it's easy to mock this figure, both for his name and for the colors of his uniform. But remember that these are toys. See those rockets strapped to the side of the car? That's not realistic. But it's awesome! As is the driver who would want to dress up like that, calling himself Skidmark. Toys are fun, Desert Fox and Skidmark are fun.

Sadly, Skidmark has no accessories, but he does actually have an impressive sculpt. It's clear he wears a tactical vest filled with tools and weapons. Now look at his wool undershirt. That's detailed sculpting there. Also notice the bumps in his helmet. This was a sculpt that always deserved a repaint, but never got it (unless you want to count the Bronze Bomber set, where my Firebomb comes from). 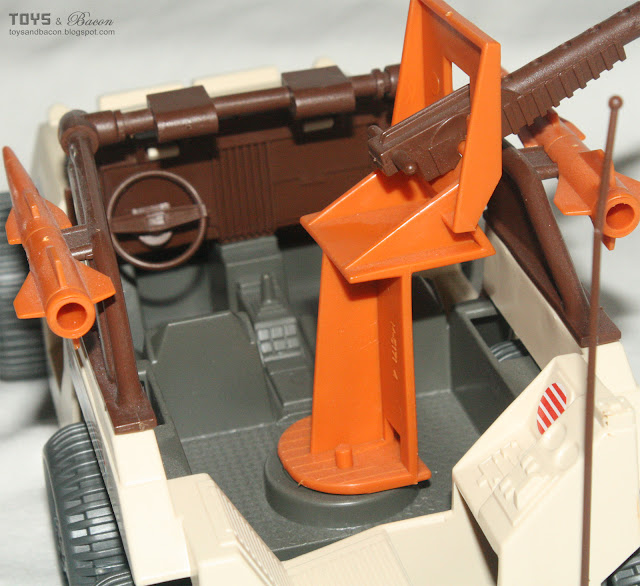 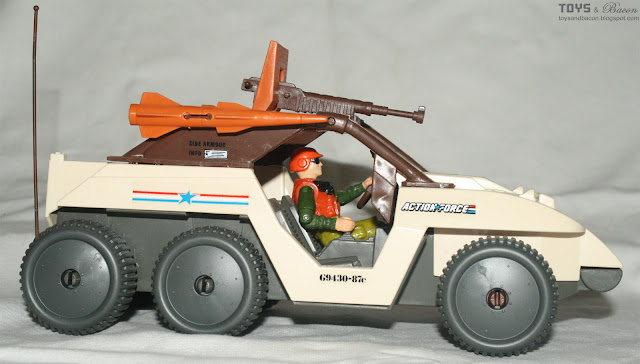 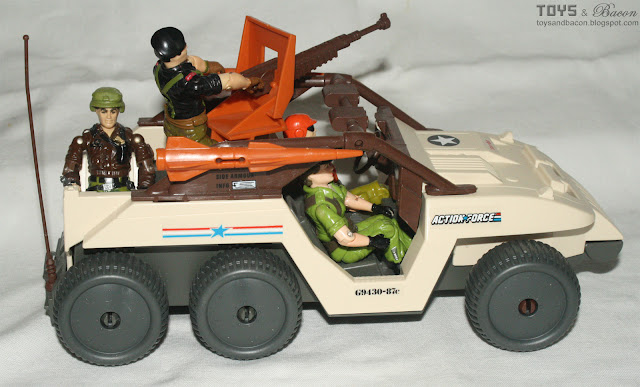 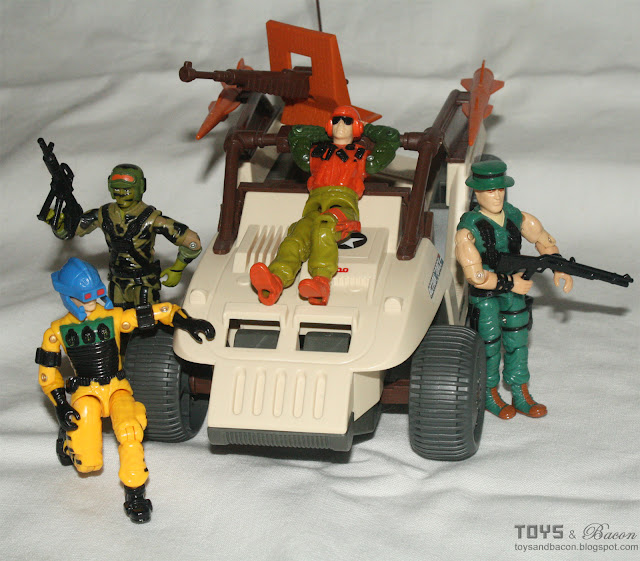 Desert Fox, as you can see has a rotating machine gun mounted in the middle of the car. It also has a communications post, ending in a very fragile antenna. The front wheels can turn, and all wheels will roll. It can even have a trailer connected! 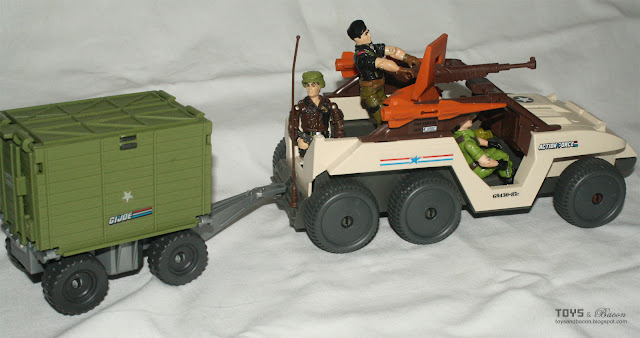 The car can fit four figures if you are conservative, several more if you're a kid. This was a toy that was easy to include in play.
I know. My childhood Desert Fox eventually got played into pieces. Front axle broke, antenna broke, rocket mounts broke, steering wheel missing. I eventually turned it into a custom piece.
This second one I got from my buddy Runar, it was unassembled - Just the way I like my toys. Hoy.. I got personal. I promised not to. But who were we really kidding?

I was surprised to find that most of my favorites were 1988 figures.

I just brought the Desert Fox back into my collection, and I'm glad to see some things written and shared about it.

This is one vehicle I am hoping to find some design information on in the future, some drawings or such from the concept stages of design.

As I look at this toy now, it seems so much like it was going to be almost like a hummer with perhaps some versatile range of variations.

Doesn't it seem like that, with all the open spaces and spots where door hinges could go on the dash?

Hey anonymous. It would definitely be interesting to see the concepts of Desert Fox. If I ever stumble upon such thing, I'll make sure to write about it. The various Joe forums may be of help too if this is something you really want to find out about. Or you could send a message to this guy: http://cobra788.blogspot.com/ as he's very interested in the prototype stuff.

Hasbro did make a Hummer-styled vehicle in 1990's Hammer. http://www.yojoe.com/vehicles/90/hammer/

Yeah, the Hammer is pretty cool, there was some pictures of different configurations on the YoJoe.com archives with different tops, too.

I've done the internet searches for Desert Fox prototype-anything, even trying to find some possible real-life vehicles that may have served as inspiration for the vehicle. (like the FMC XR311, kinda has the lines of the VAMP)

Closest I could guess on is the Australian LRPV "Perentie" 6WD. But, totally a guess on my end!

Skidmark was aptly renamed 'Treadmark' in the UK as we all can see why the name seemed unfortunate over here!...check out my own blog - 'graphicstoysandmusings' Cheers, SF1378.

Wow. Stumbled on this blog discussion about my Desert Fox. I was a vehicle designer for Hasbro / GI Joe group 1985 -1990. Desert Fox was one of my favorites.

The grille design in the Hummer and Jeep is trade marked. So there are only five vertical slots in Desert Fox and not Seven vertical slots that appear in Jeep & Hummer. Licensing and Royalty issues would have had to be paid to Jeep/Hummer.

The Desert Fox was designed in 1987. Sometimes, I'd incorporate subtle things into the labels on my vehicles. Look at the side label just below the door opening, you'll see '87 ( year designed ) & also, Gc, which stand for my initials.

Making a vehicle with play value and style was always challenging, especially when given price points to hit. When cost reduced, it was our job to make it a cool as possible, even with unrealistically placed side rockets. There would have been a tinted wind screen, but was eliminated to make cost as it was a seperate mold. The trailer hitch was designed to accommodate a small trailer and used my Coastal Defender as the guide. As a vehicle designer, I had nothing to do with the creation of the figures, nor their name ( Marketing ) and colors. I choice the colors for all my vehicles. The only figure that I had a hand in was the Helmet design for the figure of my Persuader. Best regards. Guy Cassaday

Wow, what a comment, Guy. Information like this is why I love collecting. A bit sad, the windscreen would have been awesome, but as a kid, I never thought about that. Good to know that I'm in the clear with displaying my Desert Fox and Coastal Defender together.